China's new ambassador to the USA: front man in the great conflict of our time

After eight years, Beijing is replacing its ambassador to the United States. Hard times are ahead for the new envoy, Qin Gang. Because when it comes to China, Joe Biden shares some instincts with Donald Trump. 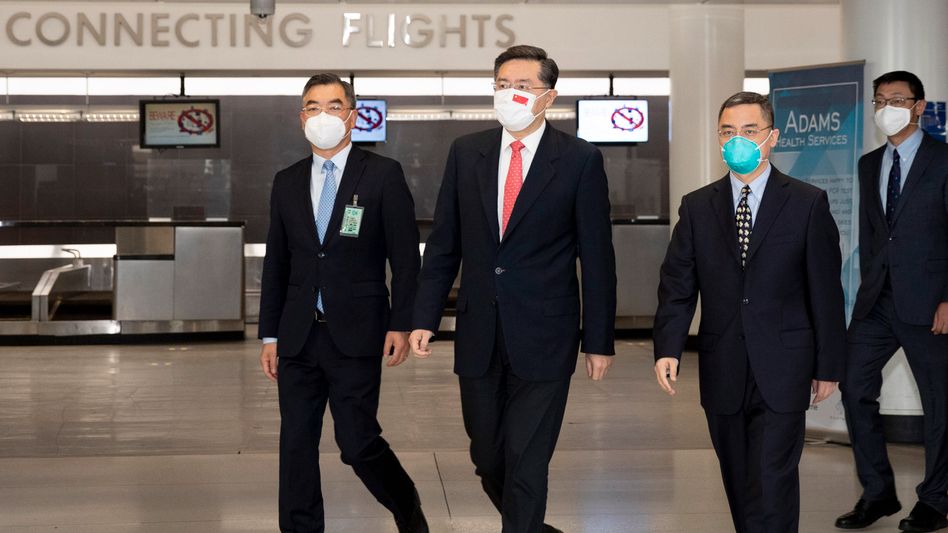 Qin Gang, China's new ambassador (2nd from left), after his arrival in the USA: He uses a much harder language than his predecessor

It is one of the most delicate jobs that top diplomacy has to offer at the moment: On Wednesday, Qin Gang, 55, arrived in Washington, China's new ambassador to the United States.

This is not just any personality.

Because China's new man in Washington is Beijing's front man in the conflict with the United States.

This rivalry between the two superpowers has what it takes to shape the world for many years or even decades.

Whom the Chinese government installs in Washington also gives indications of how it intends to act in this conflict in the future.

Qin's predecessor, Cui Tiankai, 68, had served in Washington for eight years, significantly longer than usual and well beyond the retirement age of Chinese diplomats.

He probably owed this to a problem that will be Qin's problem in the future: the difficult relationship between the two superpowers.

In any case, it doesn't look like relaxation at all at the moment.

The US treated China like an "imaginary enemy" and pursued an "extremely dangerous China policy," Beijing warned last week.

Washington "does not seek a confrontation with China," replied US Secretary of Defense Lloyd Austin, but: "We will not hesitate if our interests are threatened."

Ambassador Cui was considered a gentleman, an envoy of the old school, from whose fine features experts tried to read what Beijing was thinking and up to.

Mostly in vain: even during Donald Trump's Twitter presidency, the US-Chinese trade war and the disputes over the origin and consequences of the pandemic, Cui seldom lost his composure and always hid more than he revealed.

For some of these younger diplomats, who work with aggressive tweets and condescending statements, the term "wolf warrior" has become commonplace since last year.

The name goes back to a series of ultra-patriotic Chinese Rambo films (English "Wolf Warrior") in which a well-equipped special unit represents Beijing's interests.

Qin is not a classic representative of this school, but he also uses a much harder language than his predecessor.

“Anti-Chinese forces are spreading all kinds of lies to curb China's development.

The 1.4 billion people in China will never agree, ”he said last year at a reception at the German embassy, ​​which was supposed to be celebrating the 30th anniversary of reunification.

It was also Qin who summoned the European Union's envoy in Beijing during the European-Chinese sanctions exchange last March and had the EU informed that it should "recognize the extent of its mistake" and correct it.

The background to the dispute was European punitive measures for China's suppression of the Muslim Uyghur minority.

Beijing struck back with much more severe sanctions.

Qin comes from the port city of Tianjin, where he studied international politics.

Before joining the diplomatic service, he worked as a "news assistant" for the international news agency UPI, supporting the journalists in their research.

In the Ministry of Foreign Affairs he initially focused on Europe, from 2002 to 2005 he was Secretary at the Chinese Embassy in London.

He then moved to the ministry's information department, which he took over as head of the ministry, before becoming chief of protocol in 2015 and deputy foreign minister in 2018.

As chief of protocol, he accompanied President Xi Jinping on several trips abroad, including to the USA.

According to observers, the resulting closeness to Xi was the decisive factor in Qin - and not someone with proven US expertise - being sent to the most important ambassadorial post.

Even if the worst turbulence of the Trump years is over - it will not be easy for Qin in Washington: Joe Biden's China policy has so far only deviated in nuances from that of his predecessor.

A first meeting of the two foreign ministers in Alaska, intended as a cautious approach, took place in an icy atmosphere;

the US Deputy Secretary of State's visit to China last week was preceded by such a long protocol hack that it temporarily looked as if it would not take place.

"This boy has a plan"

On Tuesday, President Biden finally garnished a remark about Xi Jinping's military ambitions with the sentence: "This boy (" this boy ") has a plan."

That was an affront that Xi's new ambassador must have ignored before he presented himself to the press corps in Washington the next day and, in addition to the "many difficulties and challenges", pointed out the "great opportunities and opportunities" in Sino-American relations.

The diplomatic art of ignoring certain things could make things easier for Qin Gang in the coming years - just like his future US colleague in Beijing.

According to reports, this will be career diplomat Nicholas Burns, former US ambassador to NATO and third man in the State Department.

His appointment has not yet been confirmed.

China's new ambassador to the USA: front man in the great conflict of our time 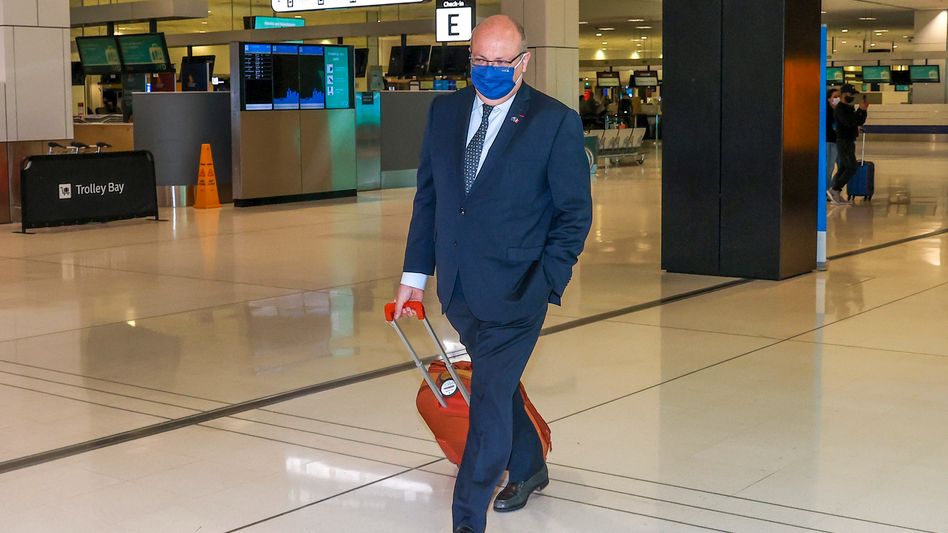 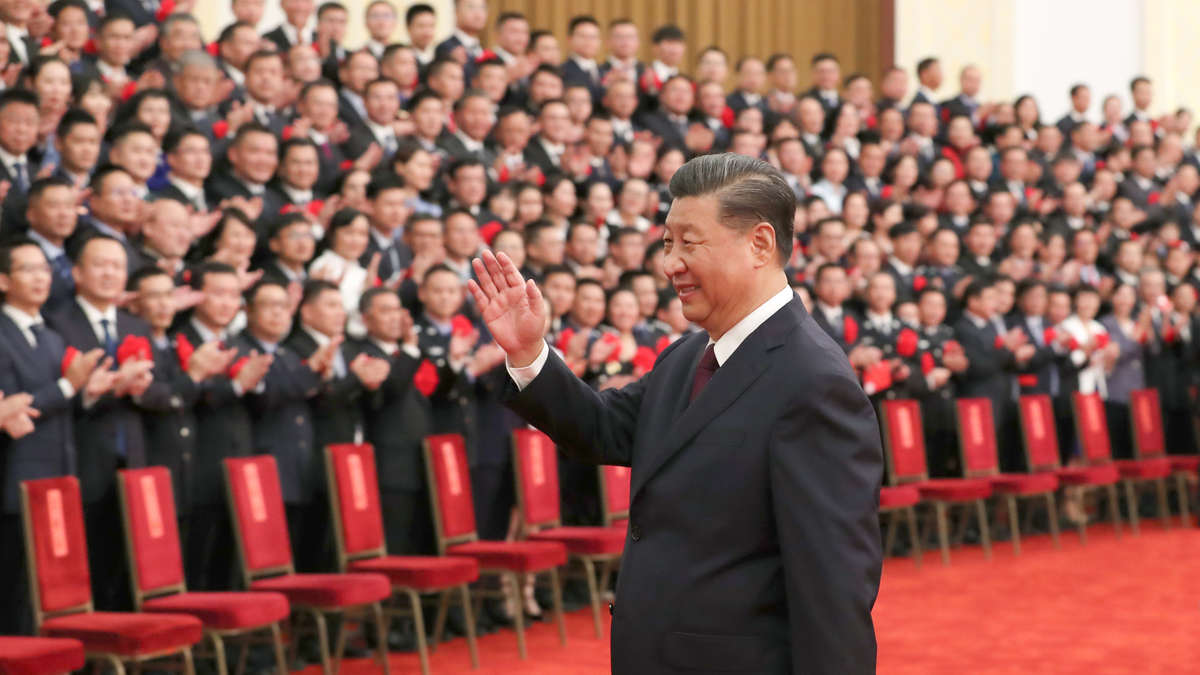 Global supremacy: The US-China conflict is about ideology 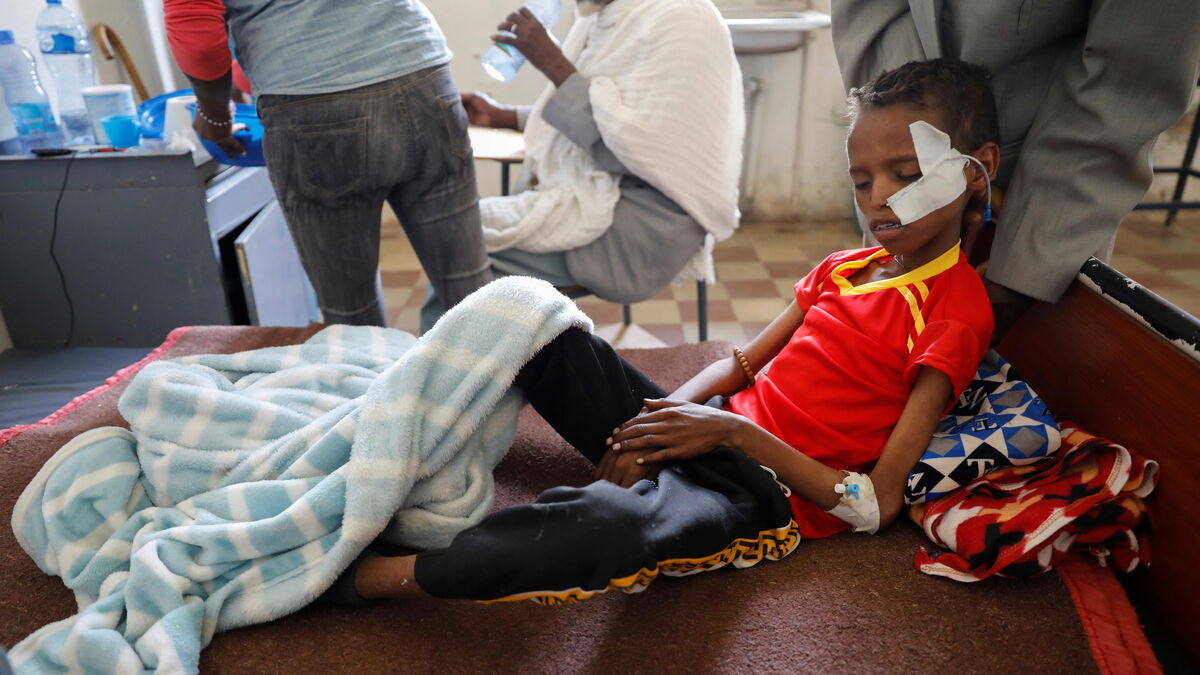