The elderly vaccination rate in Hong Kong is relatively low. The government has recently actively promoted injections for the elderly. In May this year, 95-year-old Mr. Cai, who had already received two injections of Fubitai vaccine, called on "Don’t be lazy" and should start with words and deeds. 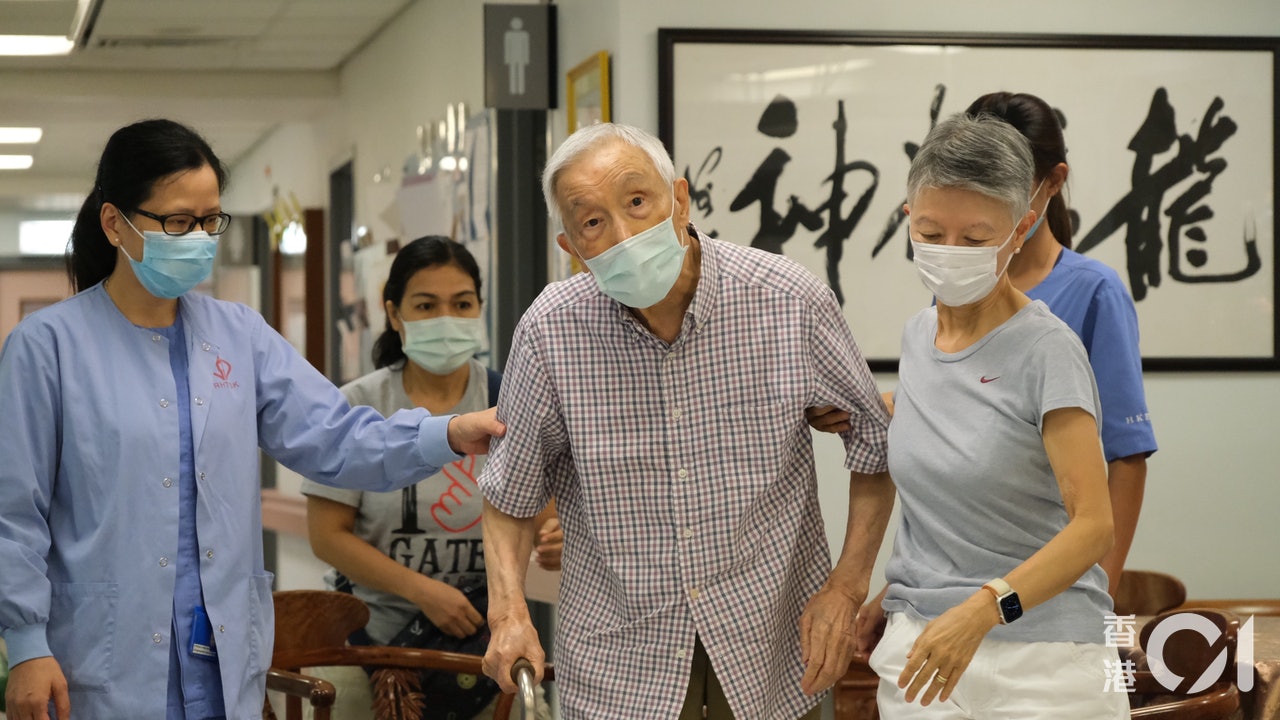 The elderly vaccination rate in Hong Kong is relatively low. The government has recently actively promoted injections for the elderly. In May this year, 95-year-old Mr. Cai, who had already received two injections of Fubitai vaccine, appealed to "Don’t be lazy". End the epidemic.

The elderly in Hong Kong are afraid of the side effects of the vaccine and dare not get the injection, resulting in a low vaccination rate. Among the population who have received the first injection, less than 20% of the population aged 60 or above.

The 95-year-old Mr. Cai, who had cervical spine constriction problems and had undergone orthopedic surgery, had no fear.

He does not have three highs. On April 20 and May 1 this year, he went to Wan Chai Queen Elizabeth Stadium to receive two doses of Fubitai vaccine.

"There are no side effects at all. It's a fake. After the first injection, my muscles were sore and sore. The soreness began to go away on the second and third days. I didn't feel it until the fourth day." Mr. Cai. Said that when the second dose of the vaccine was given, it was just a painful needle. "The injection can protect yourself and go to the street. It’s easy to return to a normal life." "Shenzhen, Macau, Taiwan, and Japan don’t even go. If we call and other countries call, then Coronavirus... infect."

He has a clear-headed and humorous conversation. He laughed and said that he was "opening a press conference to promote injections." He appealed to those who have not received injections to stop being lazy. It is the responsibility of Hong Kong people to get vaccinated.

Daughter Bonnie said that when his father went to the vaccination center, the medical staff asked him if he had consulted a doctor before the injection, and the observation time was extended by 15 minutes after the vaccination. The mother with severe dementia did not receive the injection, but the family members included foreigners. All the servants are vaccinated with Fubitai, and there is a small herd immunity to protect her.

During the epidemic, Hobbo was unable to leave the hospital, so he accepted the interview by video.

83-year-old Hobober, who lives in a nursing home for the elderly, suffered a stroke, diabetes, and high blood pressure many years ago. He was in a stable condition. He participated in the outreach vaccination program of the home and completed two doses of Fubital vaccine. He said with a smile, "Foreign needles have confidence. ", and there are no obvious side effects.

Two of his friends originally planned to be vaccinated but eventually "shrinked sand", and he has the habit of getting a flu vaccine, so he insisted to the end.

Hobbo said that the quarantine measures are strict during the epidemic, and it is not possible to go out for a walk, and to be quarantined in the room for seven days after admission, and cannot eat in the lobby of the hospital.

Ruttonjee Hospital's internal medicine and geriatrics consultant Kang Pei-ling said that elderly people with stable conditions are suitable for injections. As for friends with a blood pressure of 200 shortly after a stroke, their condition should be controlled first, and vaccination should be postponed for three to six months.

She hopes that the epidemic will be over as soon as possible and the visitation restrictions will be lifted.

Wang Ziqiang, the associate consultant doctor of the same specialty, went to the hospital for vaccination assessment. Most of the residents are suitable for injections. Only those who are bedridden for a long time are not suitable. As for the old friends who follow up in the specialist outpatient clinics, they have never encountered cases that are not suitable for injections.

New Coronary Vaccine | Should the third dose be vaccinated when the variant virus is rampant? 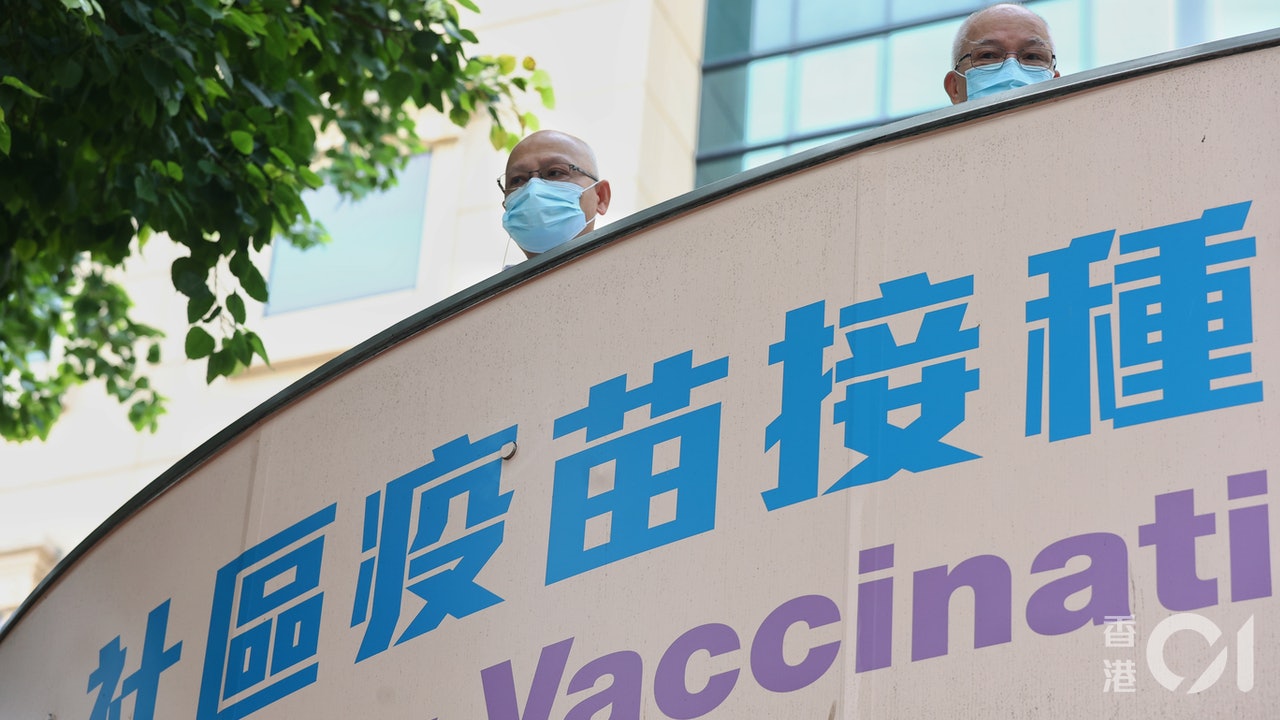 Coronavirus disease. Latest｜More than 3.1 million people have received at least one injection and there are more cases exported from Hong Kong

New Crown Vaccine | Less than half of the vaccination centers dispatched on the first day of "Same Day": Can drop to 60 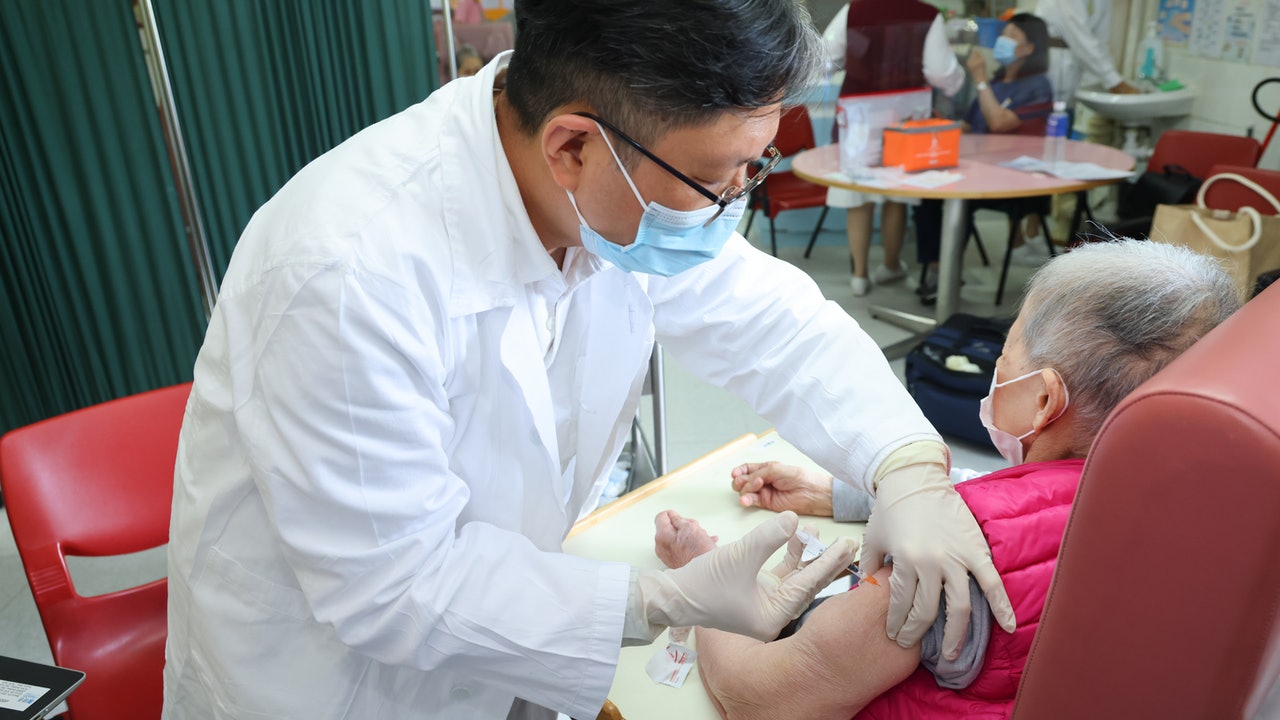 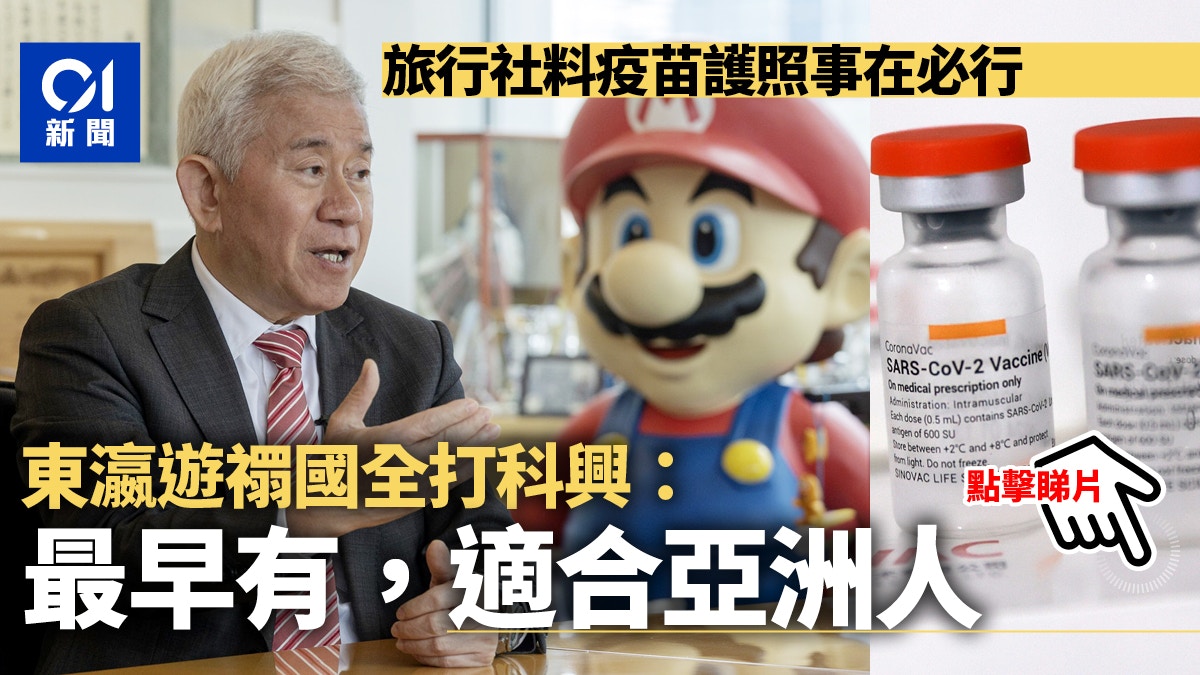 Travel Bubbles|The leader of Dongying Travel's vertical and horizontal travel takes the lead in vaccinating: In the future, you can take a plane if you have a needle card 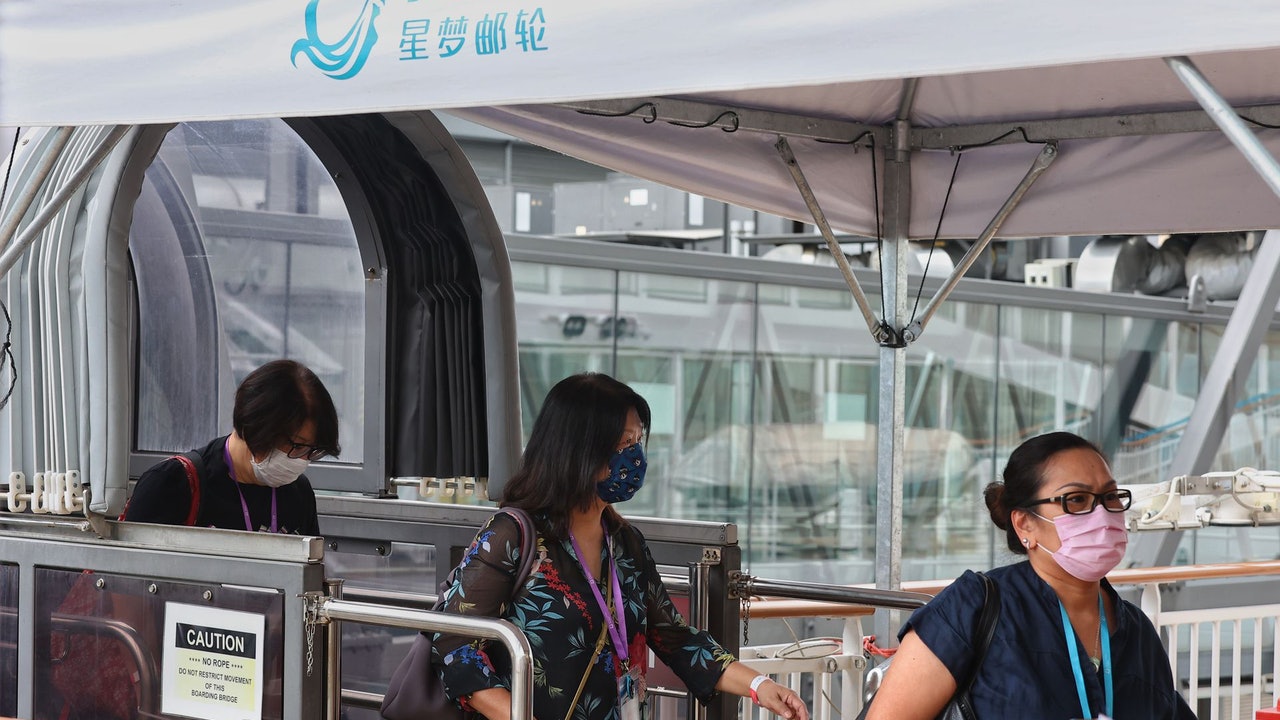 Coronavirus disease. 7.30｜Arrived in the UK and Hong Kong male diagnosed with the first high seas cruise on the Providence Bay in Hong Kong 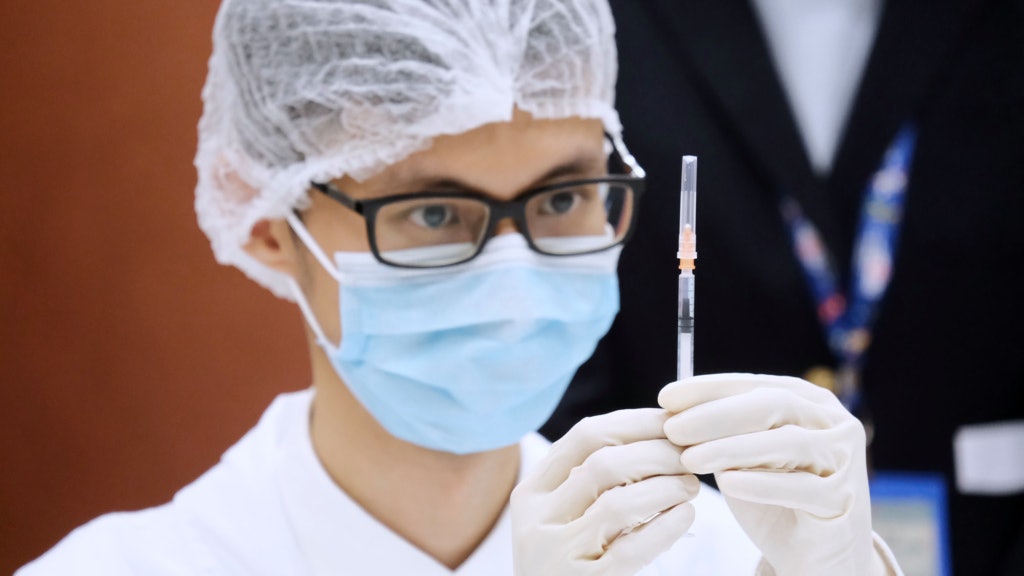 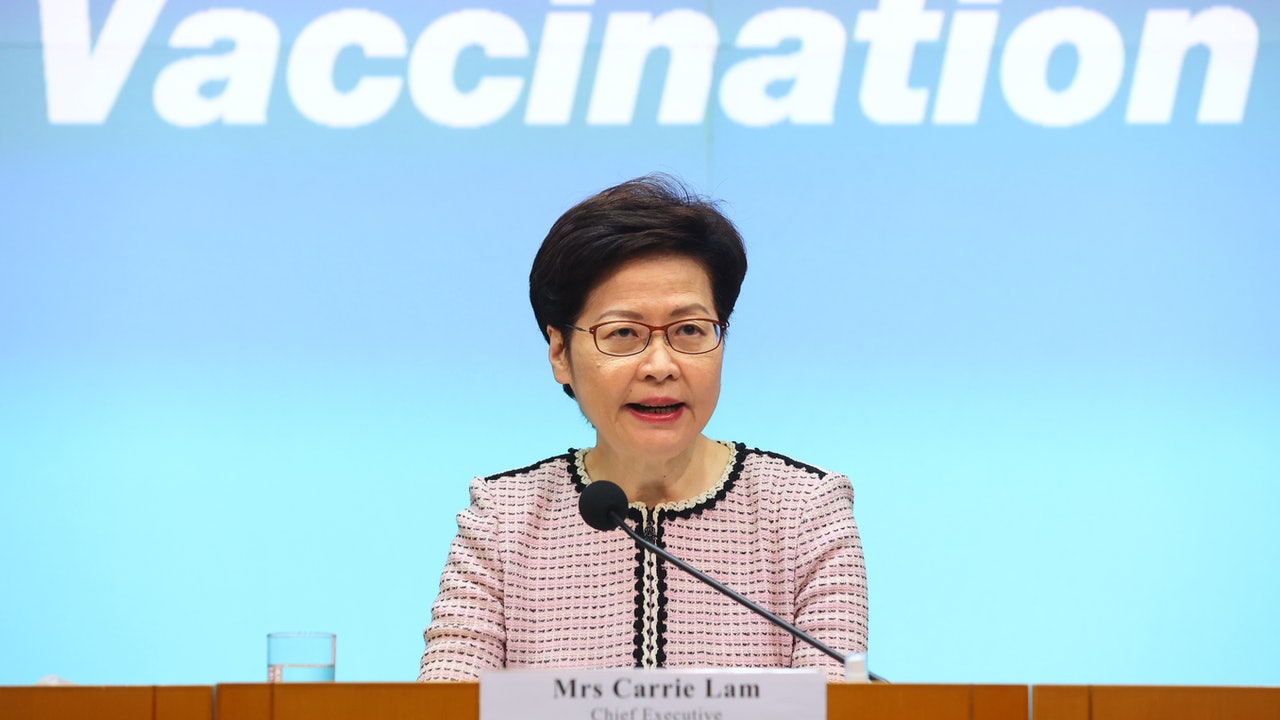 Live ︱Government: Study on restricting people who have not been injected into restaurants, theaters, sports venues, etc.