The first case of "Hong Kong National Security Law" was sentenced. The defendant Tang Yingjie was sentenced to 9 years in prison for inciting secession and terrorist activities. The Secretary for Security Tang Ping-kiang said today (30th) that he welcomed the conviction, but in terms of sentencing 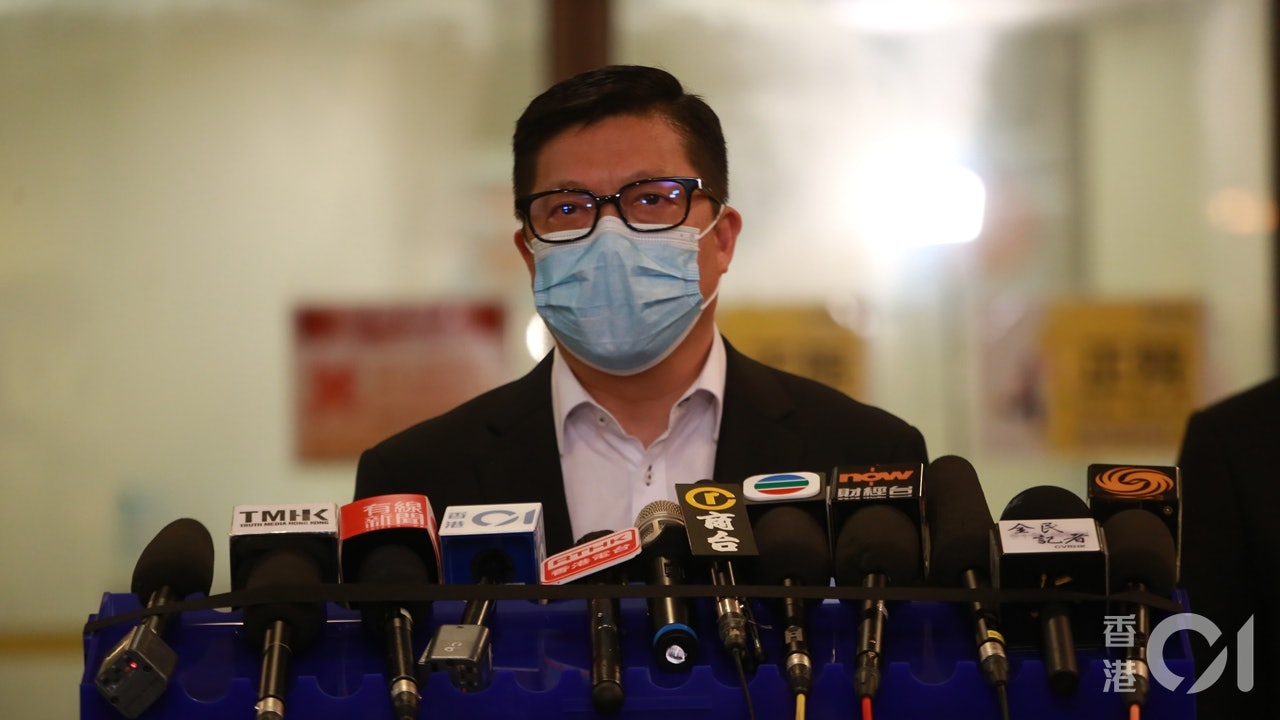 The first case of "Hong Kong National Security Law" was sentenced. The defendant Tang Yingjie was sentenced to 9 years in prison for inciting secession and terrorist activities.

The Secretary for Security Tang Pingqiang said today (30th) that he welcomes the conviction, and in terms of sentencing, the bureau needs to study the verdict in detail for the next move.

He pointed out that the court verdict has pointed out that "recovering the Hong Kong era revolution" has the meaning of Hong Kong independence, and believes that people who obey the law and do not intend to endanger national security will not shout this slogan.

Regarding the "Apple Daily" letter to the Security Bureau to apply for unfreezing part of the assets in order to pay employees' salaries, Deng Bingqiang said that "Apple Daily" still had assets of more than 300 million yuan as of the end of May. He questioned why it was not used for salary and criticized the "Apple Daily". "Irresponsible, and called on "Apple" employees to report violations of the "Minato National Security Law."

Deng Bingqiang pointed out that the court’s verdict in the Tang Yingjie case clearly stated that "recovering Hong Kong’s era revolution" has the meaning of Hong Kong independence and separating Hong Kong from the country. "I believe that a person who obeys the law does not want to endanger national security or split. Hong Kong, will you say this slogan for no reason? If you say it, you will bear legal responsibility."

Deng denounced the "Apple Daily" to evade the responsibility of paying grain, and there was still 300 million yuan in funds at the end of May

Regarding the "Apple Daily" application to unfreeze assets, Deng Bingqiang stated that the bureau has frozen Next Media’s assets of 18 million yuan in accordance with the "National Security Law", while the "Apple Daily" still has more than 300 million yuan in funds as of the end of May. (Yuan) Don’t use my colleagues to pay for food, but to cancel the eighty-thousand-eight million (Yuan) freezing order to pay for the food first?", and pointed out that Next Media had repaid Li Zhiying’s 150 million yuan loan early and questioned why it was not used. The funds continue to operate "Apple Daily" or pay employees.

He criticized the "Apple Daily" for evading the responsibility of paying wages, causing employees to "sweat without food." He also called on the "Apple Daily" employees to do so if they find someone or an organization violates laws during their work, including the Minato National Security Law. Citizens are responsible for calling the police or contacting the national security hotline.

Citizens shopping mall boo the national anthem Deng: if there is evidence, arrest

Regarding people booing the national anthem during the Olympic awards ceremony in a shopping mall, Tang Pingqiang said that no matter what the law is violated, the police will make every effort to investigate and arrest and prosecute if there is evidence.

First National Security Law Trial｜Tang Yingjie inciting separatism and terrorist activities to become a serious prisoner in the 9-year case of Tang Yingjie｜Counsel: The ruling reflects that the common law definition of "incitement" applies to Tang Yingjie's case under the National Security Law｜The judge ruled "Guangshi" slogan There is a split meaning. Tang Jiahua: Re-cited or arrested. One Media Group 7.1 is out of operation and is appointing legal counsel to follow up on Apple Daily’s employee salaries and compensation [Apple ceases publication. 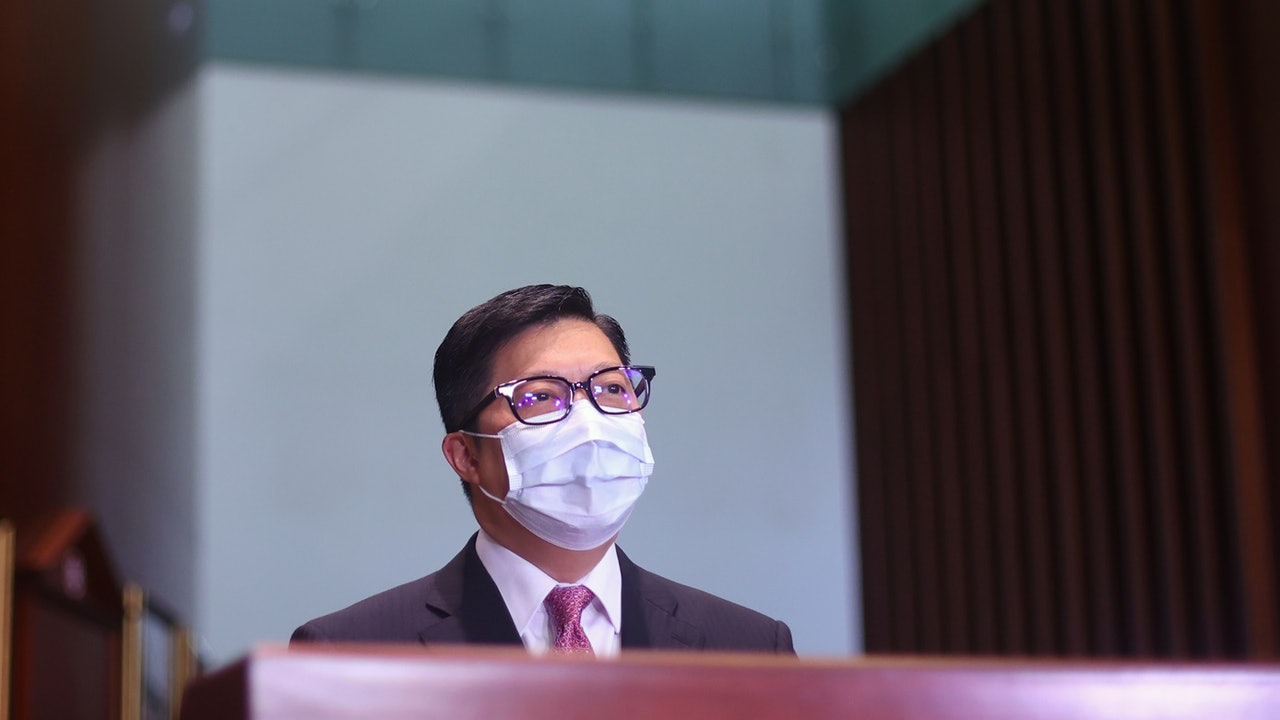 The July 1 Assassination Case︱ Deng Bingqiang: Whoever breaks the law must pay the price. Student status is the most pleading reason 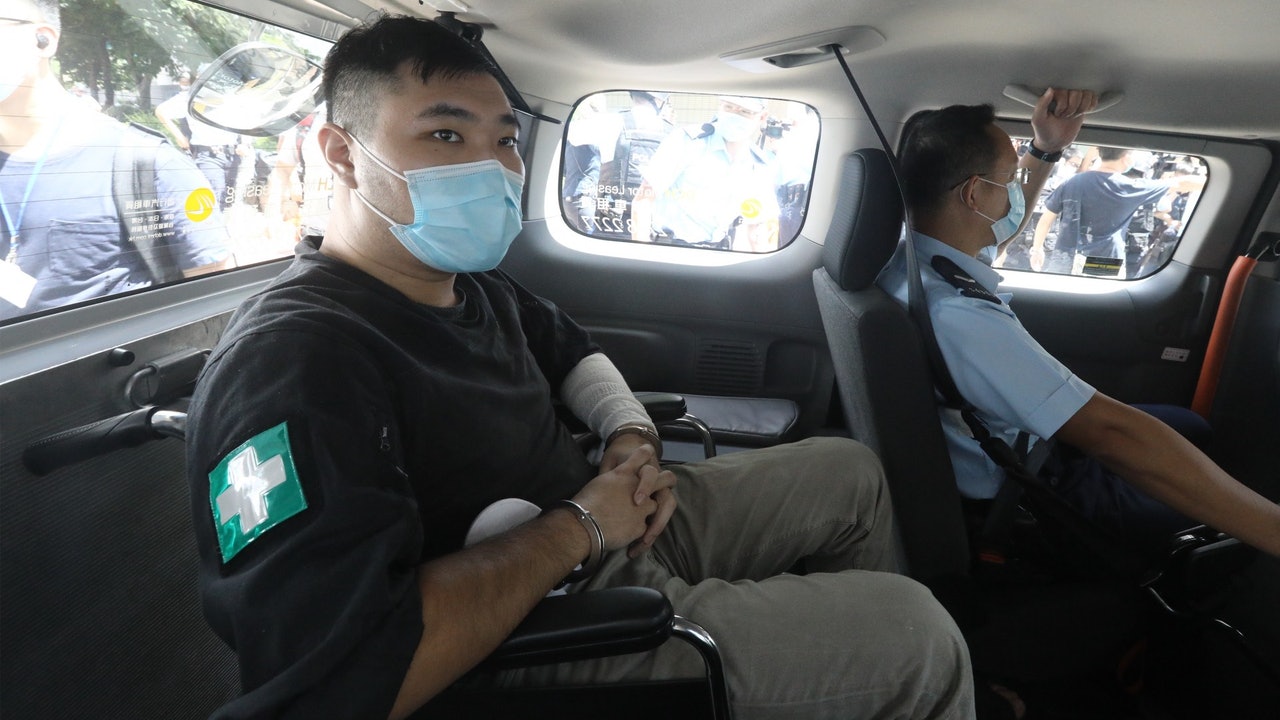 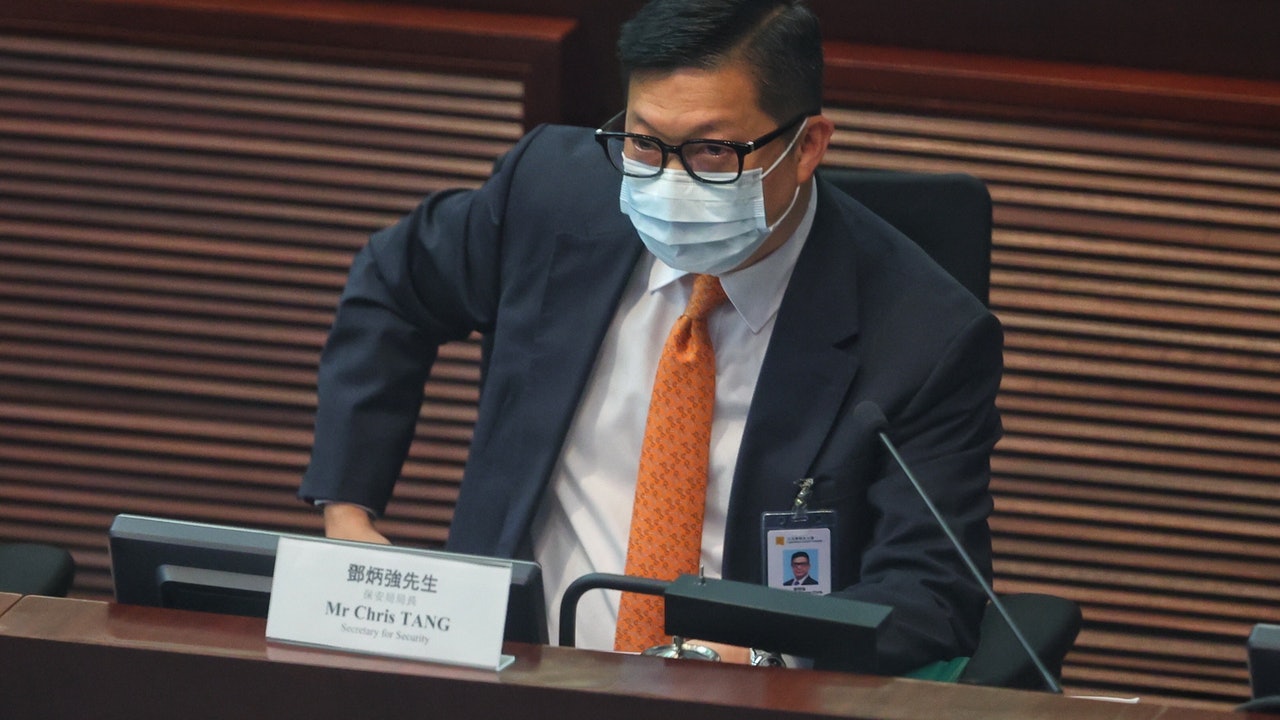 Deng Bingqiang reprimanded those who beautify the murderers as a mouse crossing the street without naming and criticizing Chen Wenmin: I hope he will win 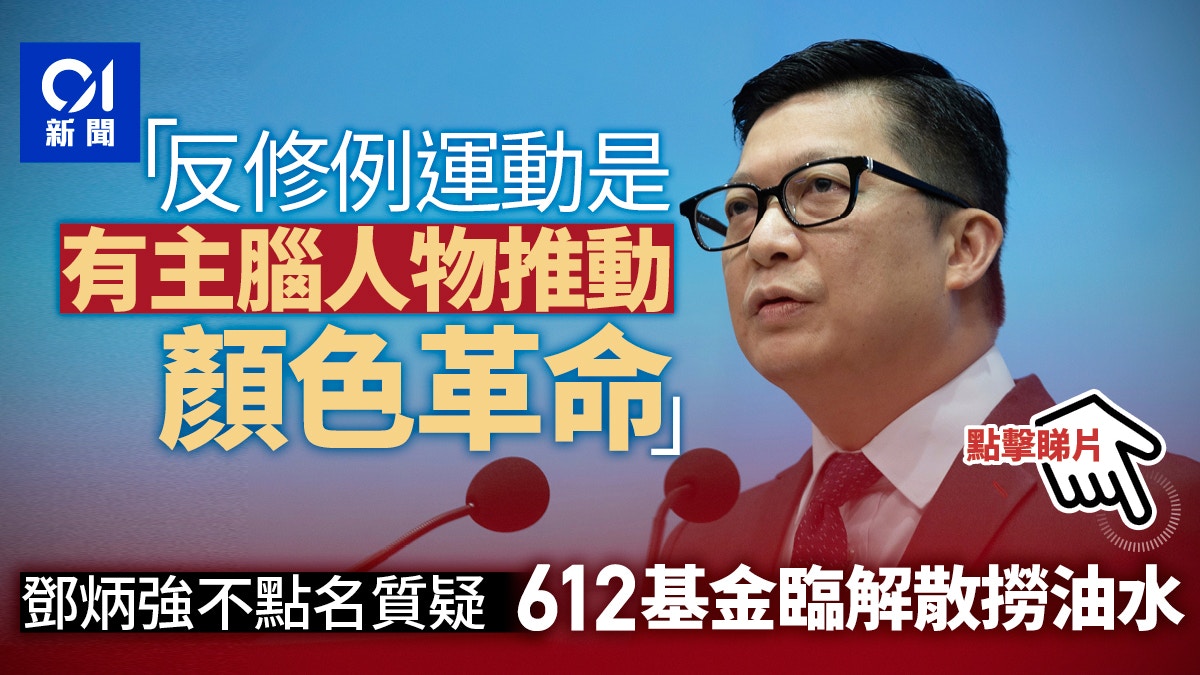 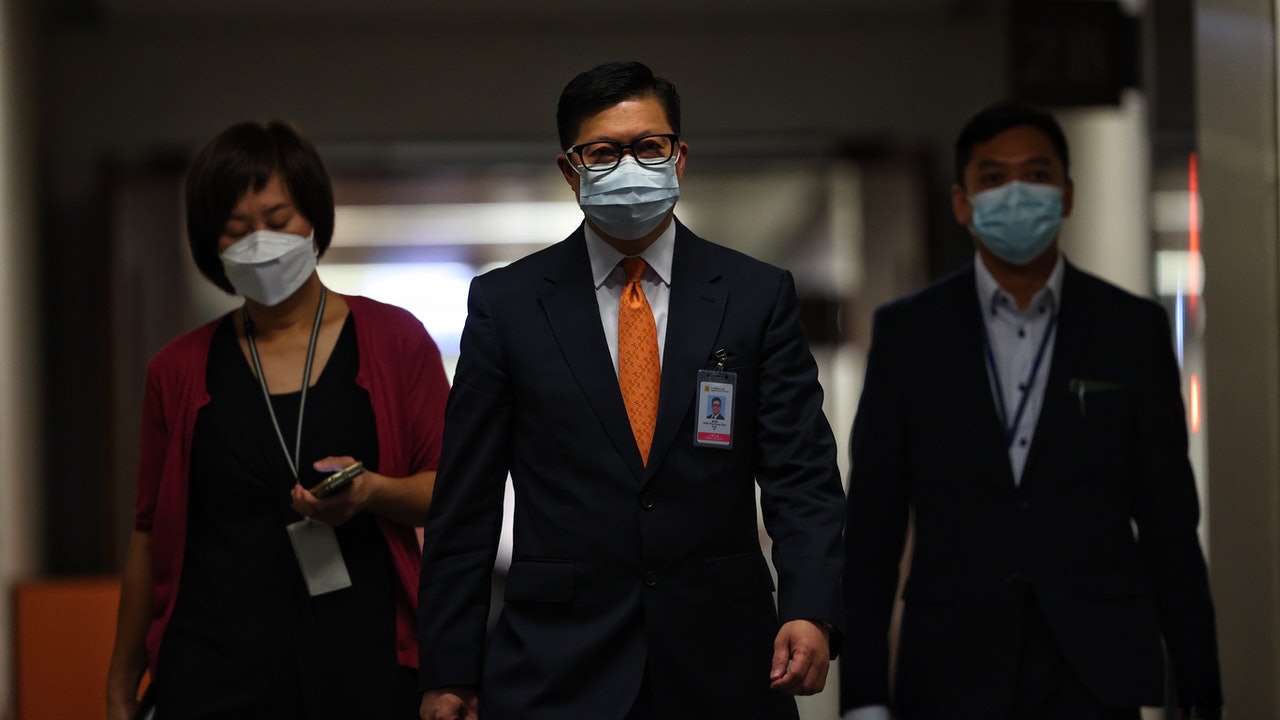 Deng Bingqiang reprimanded those who beautify the murderers as a mouse crossing the street without naming Chen Wenmin: I hope he will win