Bavaria's Prime Minister Söder recommended his Vice Aiwanger in the ZDF summer interview not to go near the "lateral thinkers". He doesn't want to leave it that way. Bavaria's Prime Minister Söder recommended his Vice Aiwanger in the ZDF summer interview not to go near the "lateral thinkers".

He doesn't want to leave it that way.

Nuremberg - This reaction was prompt.

Bavaria's Prime Minister had criticized him again shortly before in the ZDF summer interview - because of statements about the corona vaccination.

But free-voter politician Aiwanger accused him of deliberate false claims in the dpa conversation on Sunday evening.

CSU boss Söder said of Aiwanger's demonstrative doubts about corona vaccinations: "My concern is that he will maneuver into a corner from which he can no longer get out himself." is in Söder's cabinet.

Vaccination dispute between Söder and Aiwanger escalates: "You have to be careful"

Markus Söder emphasized that it was not about the question of whether Aiwanger wanted to be vaccinated or not, everyone was free to do so.

But the sound and the speech behind it are problematic: when Aiwanger talks about side effects that "leave him spit", or when he says, for example, that it has not been proven whether the vaccines are effective.

"You have to be careful," said Söder.

Aiwanger told the dpa: “It is a deliberate false claim that I had said that it was not proven whether vaccines work.

On the contrary, I said that vaccination is an important component in the fight against Corona, but it must remain voluntary. "

The tone of voice on the subject of corona vaccination becomes sharper between them: Hubert Aiwanger (left) and Markus Söder.

Söder compares Aiwanger's choice of words with that of Weidel - "insolence"

He warned Aiwanger, who is also the lead candidate of the Free Voters for the federal election on September 26th, to fish “on some edge” for votes.

“This is a total fallacy.

In the end, people choose real 'lateral thinkers'. ”But if Aiwanger goes near them, he has to be careful not to be identified as such.

"And then it really becomes difficult."

Aiwanger said: "It is outrageous to want to label myself as a 'lateral thinker' because I am against compulsory vaccinations and demand more sensitivity when it comes to vaccinating under 12-year-olds, which Stiko has not yet recommended."

However, Söder pointed out that Aiwanger had so far supported every decision on the anti-corona measures in the Bavarian cabinet.

He therefore sees no reason to dismiss Aiwanger from the cabinet.

In addition, he has the feeling that the Free Voters themselves are "very unhappy with his statements".

He now wants to give the party time to reflect on the situation to a certain extent.

The reaction of the economy, which has clearly opposed Aiwanger, is also remarkable. Söder expects more position from Laschet - and looks back: "Would have probably just won ..."

Söder expects more position from Laschet - and looks back: "Would have probably just won ..." 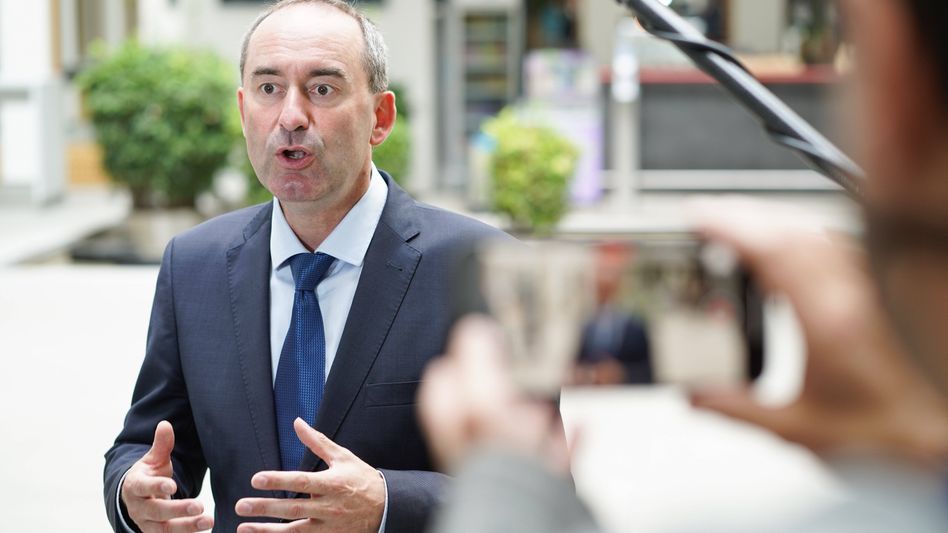