Laughing affair, book plagiarism, low polls - Armin Laschet is currently not running. A visit to Poland is intended to put the Union's candidate for chancellor back on the offensive. Can it work? 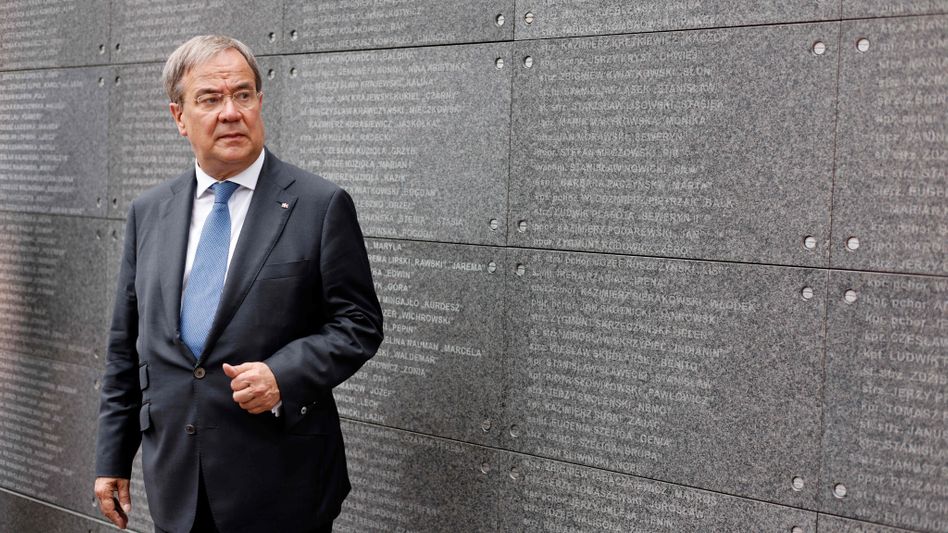 Saturday afternoon in Warsaw, Armin Laschet is standing in a parking lot of the state fire brigade in the center of the city.

Just far enough to leave all the anger at home behind for the time being.

The day before his trip to Poland, the candidate for chancellor had to apologize again for a mishap.

In 2009, Laschet copied from a foreign text for a book, which has now come out.

Plagiarism - just how dangerous that is in the election campaign, competitor Annalena Baerbock has only just experienced.

In addition, there are weak polls and the eternal taunts from the CSU.

The official occasion for Laschet's visit are the celebrations to commemorate the Warsaw Uprising 77 years ago.

In addition, he has several conversations and repeatedly appears in public.

Time enough to finally set the tone again in an election campaign that is increasingly threatening to slip away from him.

Laschet positions himself at the fire brigade in front of the microphones of the waiting journalists, in the background two bright red emergency vehicles.

He has just thanked the Polish rescue workers for their help with the flood disaster in Germany.

Now it is about the fundamentals, about big politics.

Laschet recalls that when Poland joined the EU, it also became part of the European legal community.

It is a brief warning, after all, the government in Warsaw systematically restricted the independence of the judiciary - and thus distanced itself far from the principles of the rule of law in the EU.

Laschet, however, refrains from further public scolding, from a fiery call for more democracy at this point.

There is another message that he emphasizes on this trip: "The future of the European Union cannot be shaped without Poland," he says.

The task of a new Federal Chancellor is to "bring East and West together again".

One can find the attitude wrong, to treat countries like Poland, Hungary or even Russia with indulgence, so as not to ruin even more relations with them.

The Greens, for example, often urge more confrontation on such matters.

Laschet, however, presents himself as Europe's reconciler - that is the image he is now increasingly working on in Warsaw.

The CDU boss had obviously been more concerned with reaching the finish line as silently as possible during the election.

No fuss but no mistakes either, that was the motto.

Only: there was excitement, especially due to the flood.

And: Laschet made mistakes.

During a speech by Federal President Frank-Walter Steinmeier on the flood disaster, he smirked in the background.

The pictures haunt him to this day.

Displeasure has recently grown in the Union.

More had to come from Laschet, they said, more content, more initiative.

CSU boss Markus Söder complained these days in SPIEGEL about the course of his rival at the sister party.

"We just need more speed and power," he demanded.

Laschet likes to show such things ricochet off.

In Warsaw he is deeply relaxed.

In the evening after the last appointment of the day, he strolls through the old town in a good mood, Laschet has lit a cigarillo.

A young cellist and a saxophonist play in a recess in the wall.

Laschet stops and listens for a moment.

Shortly before, he took selfies with young people from Germany on the market square.

Laschet grinned contentedly as the group moved away, giggling.

The only question is whether a carefree candidate and an election campaign that has been relocated to Poland for a short time will do what Laschet actually needs to achieve: stop the downward trend at home.

So in Warsaw there is more to it than that.

Warsaw is Laschet's appearance as a statesman.

A kind of shop window tour that should show what it would be like - with him as Chancellor.

In doing so, Laschet can fully exploit its advantage over Baerbock.

As Prime Minister of North Rhine-Westphalia, other doors are open to him.

For example that of President Andrzej Duda.

The Pole took almost an hour to spare, according to Laschet's team.

Much longer than planned.

The next top-level conversation follows on Sunday: with Prime Minister Mateusz Morawiecki in his private apartment.

Laschet takes a lot of time for the commemoration of the Warsaw uprising.

He is present at the most important events, at the field service, at the ceremony in the cemetery for the insurgents.

He lays wreaths and speaks to contemporary witnesses.

It is Sunday, early afternoon, when Laschet, followed by the camera train, pushes through the well-attended Warsaw Uprising Museum.

He is shown a multimedia exhibition that makes the whole horror of the German atrocities in the city and the resistance to it the subject.

The tour is almost over when Laschet wants to say something again.

You have to prevent "something like this from happening again," he says.

Anyone who stirs up nationalism and hatred, "whether with words or deeds", should know that this could lead to wars.

Sentences that you should definitely hear at home too. 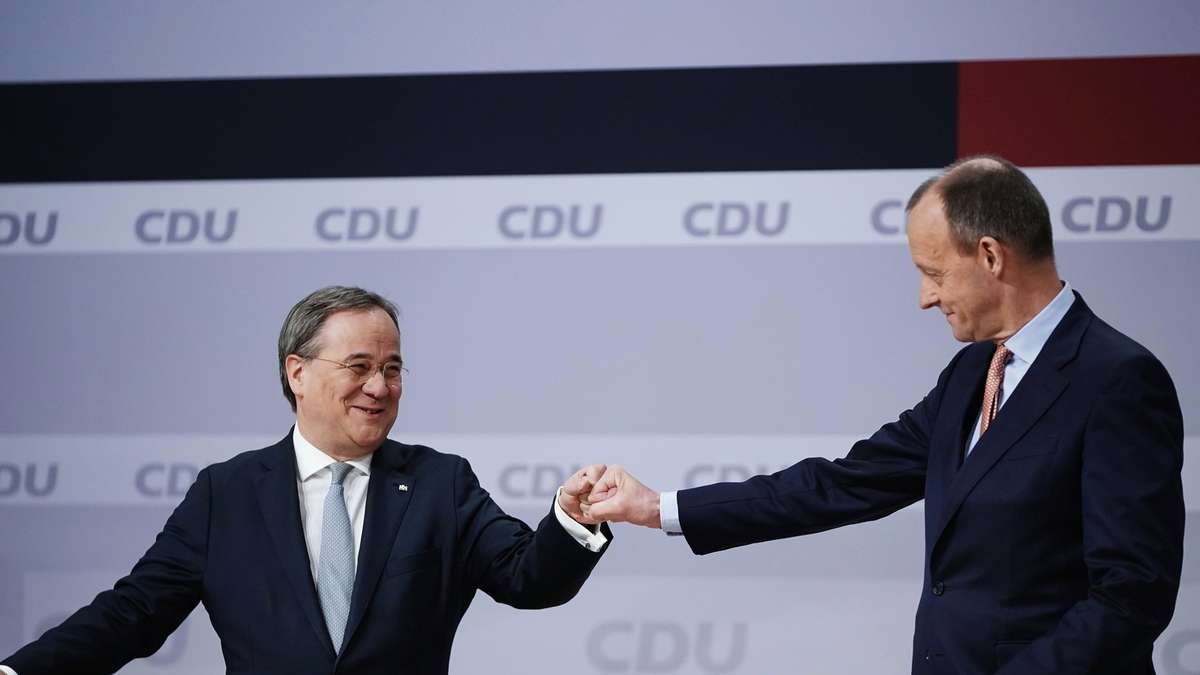 The morning situation: we need to talk about Russia's persecuted journalists