Armin Laschet wants to become Federal Chancellor, but it is difficult for him to convince the voters of himself. The popularity of the CDU boss is falling in new surveys. 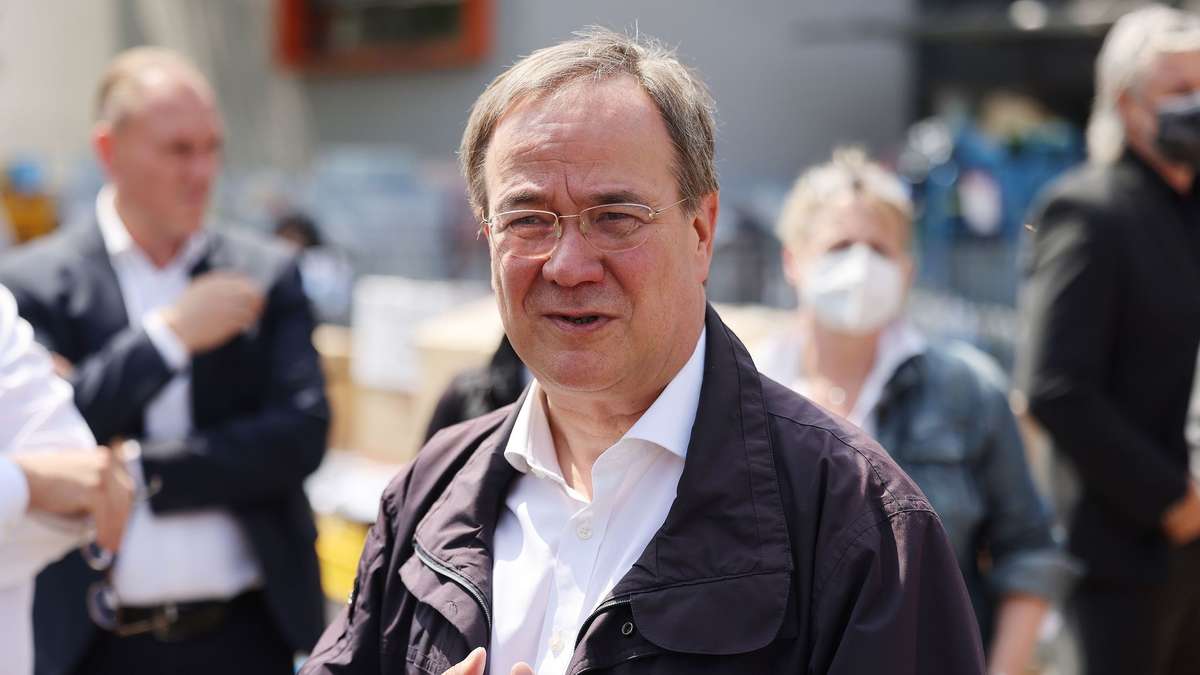 Armin Laschet wants to become Federal Chancellor, but it is difficult for him to convince the voters of himself.

The popularity of the CDU boss is falling in new surveys.

In a new Insa survey, the CDU boss continues to lose out on the direct election question.

According to a YouGov survey, the North Rhine-Westphalian Prime Minister did not cut a particularly good figure as a crisis manager in the flood disaster.

If the Chancellor were to be directly elected, the CDU boss would currently only receive 13 percent, as the survey by the opinion research institute Insa for "Bild am Sonntag" revealed.

That is two percentage points less than in the previous week.

SPD chancellor candidate Olaf Scholz gains one point in the new survey, 22 percent would choose him.

The Green Chancellor candidate Annalena Baerbock comes like Laschet to 13 percent, one percentage point less than in the previous week.

Scholz had also recently seen two other surveys before Laschet.

Hardly any movement on the Sunday issue

In the Sunday question, however, there is hardly any movement in the Insa survey.

The left loses one point to 6 percent.

The Chancellor is not directly elected in Germany.

Instead, parties will be on the ballot for the federal election on September 26th.

In principle, surveys only reflect the opinion at the time of the survey and are not predictions of the outcome of the election.

Laschet could not score with his actions in the flood disaster.

When asked whether his behavior in the election campaign, if at all, would help or harm him, almost 46 percent of the participants in a survey by the opinion research institute YouGov on behalf of the German Press Agency answered that his actions in the crisis would be with a view to the election damage.

Only 7 percent therefore suspect that Laschet was able to collect plus points for the election campaign here.

29 percent see no effects, 18 percent have no opinion.

Does the behavior after the flood have an impact?

It looks different here for Scholz. About 47 percent of Germans believe that the Vice Chancellor's behavior after the flood disaster in the election campaign will neither harm nor benefit. After all, 18 percent suspect a positive and only 11 percent a negative effect. In the case of the Green Chancellor candidate Baerbock, 21 percent believe that her behavior after the storm will harm her during the election campaign. Almost 10 percent expect that their actions will have a positive effect on their chances of being elected. Around 45 percent of those surveyed do not expect any effect on the election campaign.

As Prime Minister of North Rhine-Westphalia, Laschet, in contrast to Baerbock and Scholz, was directly responsible on site after the flood.

A scene caused a stir during the visit of Federal President Frank-Walter Steinmeier to the disaster area.

Laschet joked with bystanders, while Steinmeier expressed his sympathy in view of the many fatalities.

Seehofer told “Bild am Sonntag”: “With my 50 years of experience in politics, I can tell you: Laschet will be Chancellor.

He has the most important quality for this tough job: a happy serenity.

In addition, it has already proven its toughness and stability. "

From the point of view of Thuringia's Prime Minister Bodo Ramelow (left), however, Laschet will have a hard time convincing people in the east.

But because I think he's alienated with the people and the situation in eastern Germany, ”said Ramelow to the news portal t-online. 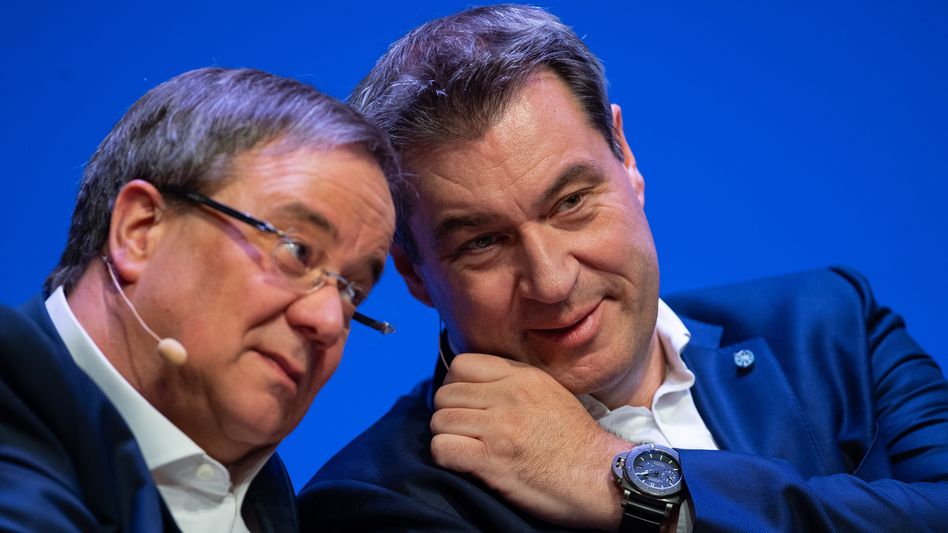 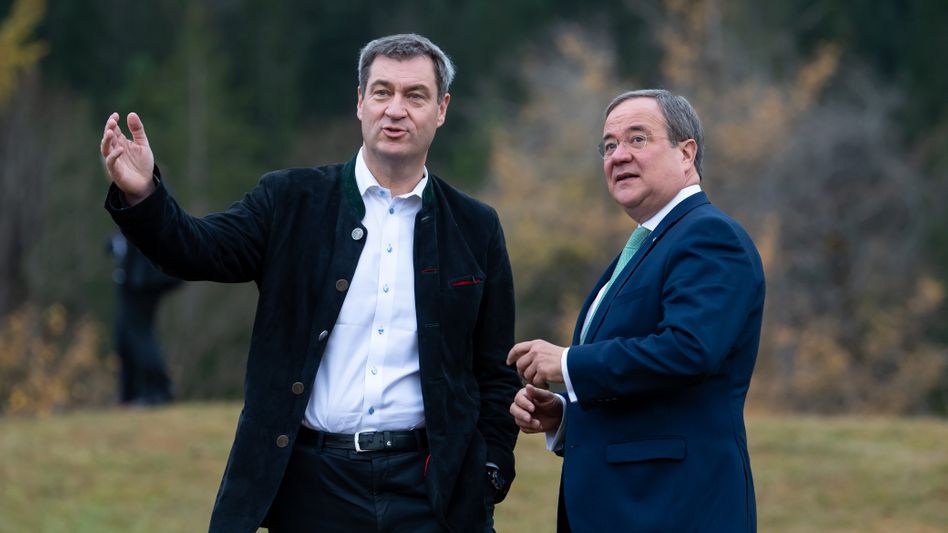 Federal election 2021: Most of the Union supporters for a change of chancellor candidate 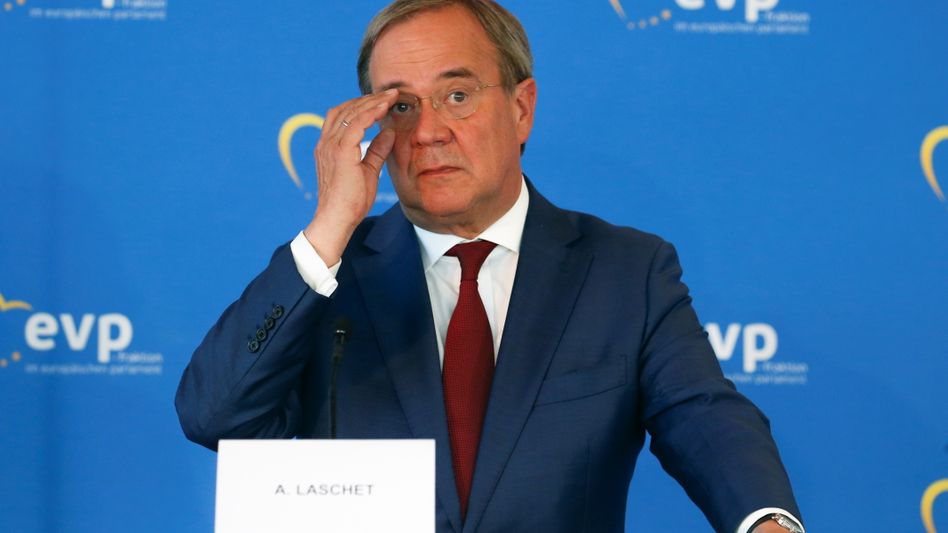