The result of the DNA of Magalí Gil was revealed, the young woman who claimed to be the daughter of Diego Maradona

The 25-year-old woman had started a lawsuit for filiation in 2019. "I will not stop until I know if Diego Maradona is or is not my biological father," he had said. 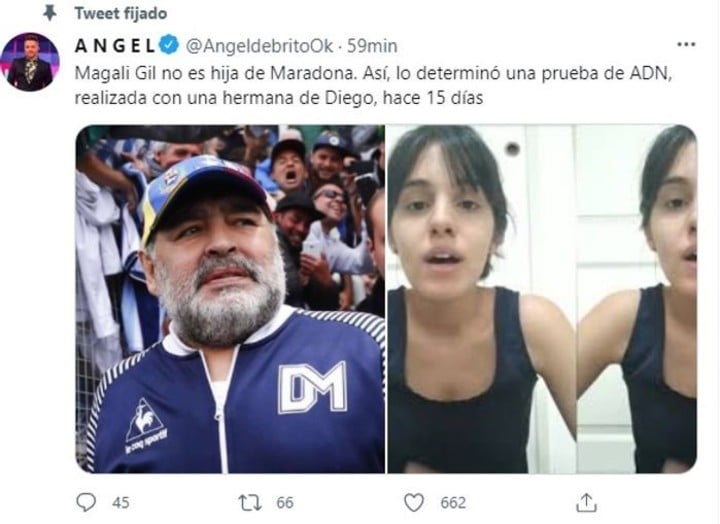 After the death of Diego Maradona, at age 60, on November 25, the case of Magalí Gil, who

claimed to be another unrecognized daughter of El Diez, took on greater relevance.

The 25-year-old had initiated the filiation lawsuit in 2019, but

never managed to get the former footballer to carry out the DNA analysis.

The truth is that this Sunday, Ángel de Brito revealed the DNA result that showed a

genetic test carried out with one of Diego's sisters

"Magalí Gil is not Maradona's daughter,"

The young woman was

, at the time that the Ten was performing as a Racing coach, and

was given up for adoption.

A few years ago, she had met

her biological mother, who told her that she was the daughter of Diego Maradona.

In April 2019, the trial for filiation began, in search of his identity.

In December 2020, after the death of the former soccer player, Magalí, a mother of two children,

"Hello, they are Magalí Gil.

and theories that are being carried out regarding my cause," said the young woman in a video at the time.

And he explained: "In the first place, tell them that my search was always the same, it never had a deviation. It was always as simple as solving my identity:

knowing if Diego Maradona is my biological father

"This is a universal right, it

is a right that corresponds to all of us, to all the people of the world. Therefore I ask,

I demand that this issue be treated with the respect it deserves,

"On the other hand, regarding my cause, to communicate that this continues. My cause has never stopped. It will never stop.

I'm not going to stop until I solve this. Until I know if Diego Maradona is or is not my biological father

"In conclusion, ask for respect and empathy because there is a person on the other side," concluded Magalí.

For his part, as soon as the star died,

, had sent a message to Omar Suárez, who was a friend of Diego, to tell him about the situation.

I wanted to tell you my story.

I had Magalí with Diego and I tell you that I had to give her up for adoption due to the problems that existed at that time.

But now I was encouraged.

I trust you blindly and I want to tell you what happened to me, ”Claudia Mariana, Magalí's biological mother, said at the time in an audio that Suárez had sent her in December 2020.

And he added: “All I ask is respect for the situation, because it was very difficult.

I ask for my daughter respect and support.

That is why I need respect for her and for her family.

Thanks for listening to me.

I have a lot of respect for the parents who raised her and I will be extremely grateful all my life, with all my heart ”.

With an unpublished video, Jana Maradona remembered Diego Maradona a month after his death

The biological mother of Magalí Gil, who would be the daughter of Diego Maradona, spoke: "I had to give her up for adoption" 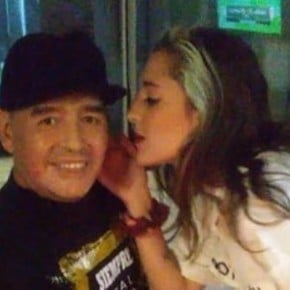 The result of the DNA of Magalí Gil was revealed, the young woman who claimed to be the daughter of Diego Maradona 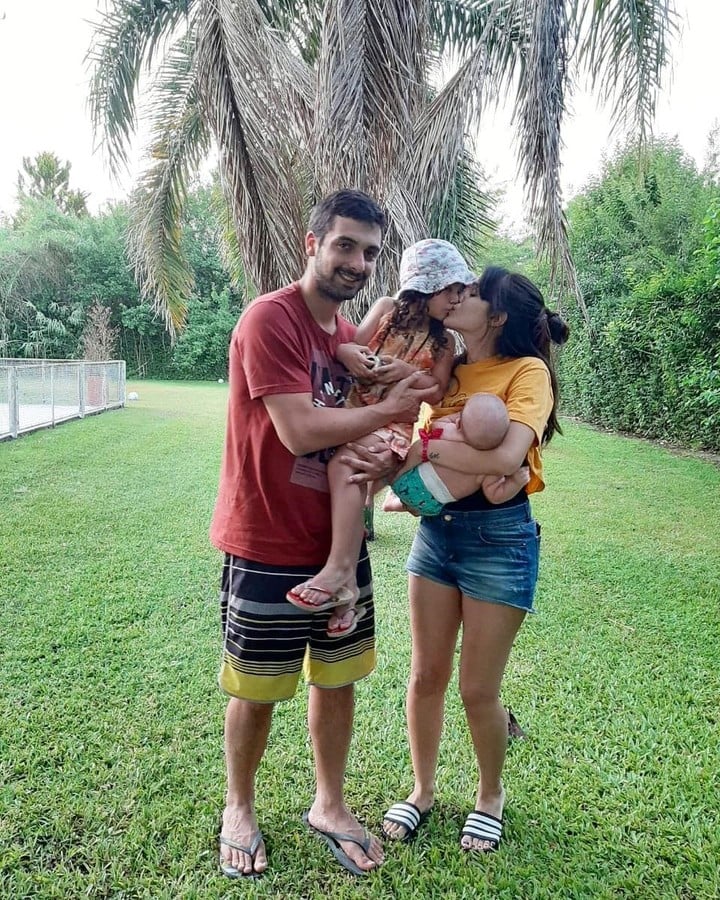 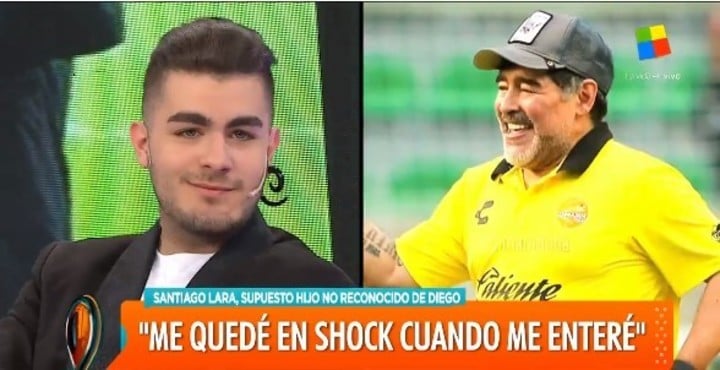 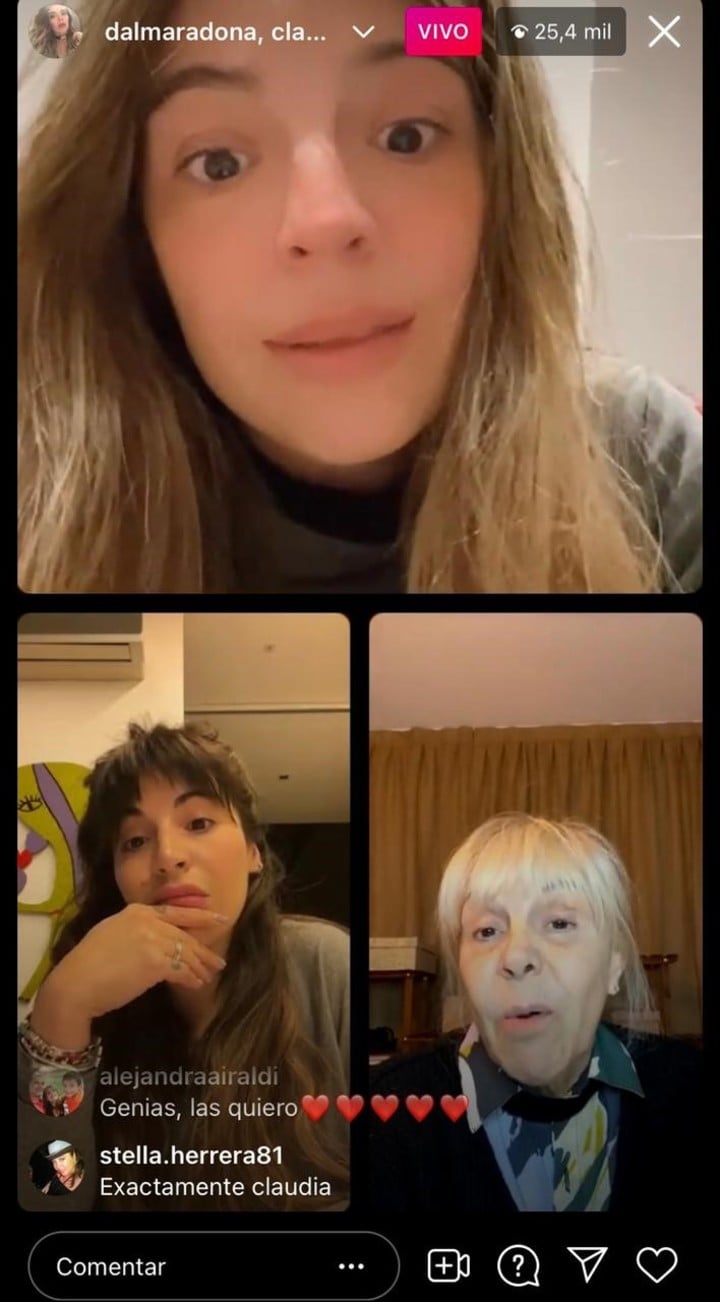 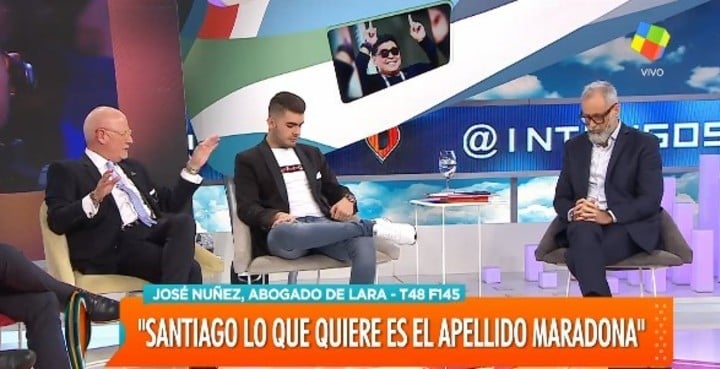 The alleged DNA result was leaked to Santiago Lara, who claimed to be the son of Diego Maradona 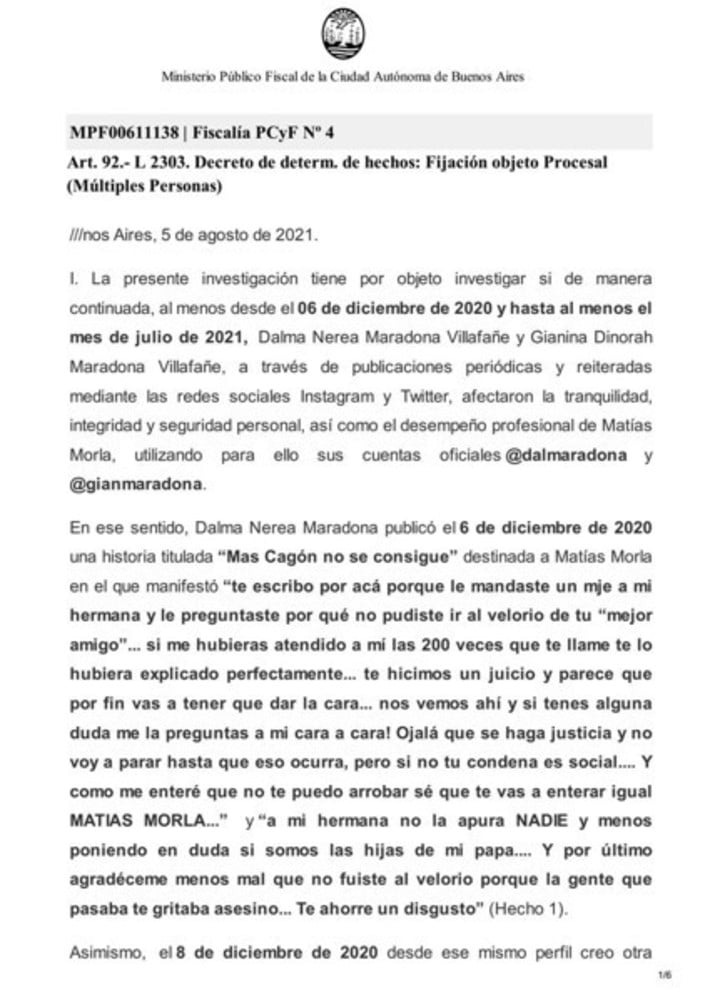 Matías Morla denounced Dalma and Gianinna Maradona for 'digital harassment': the messages he presented to Justice 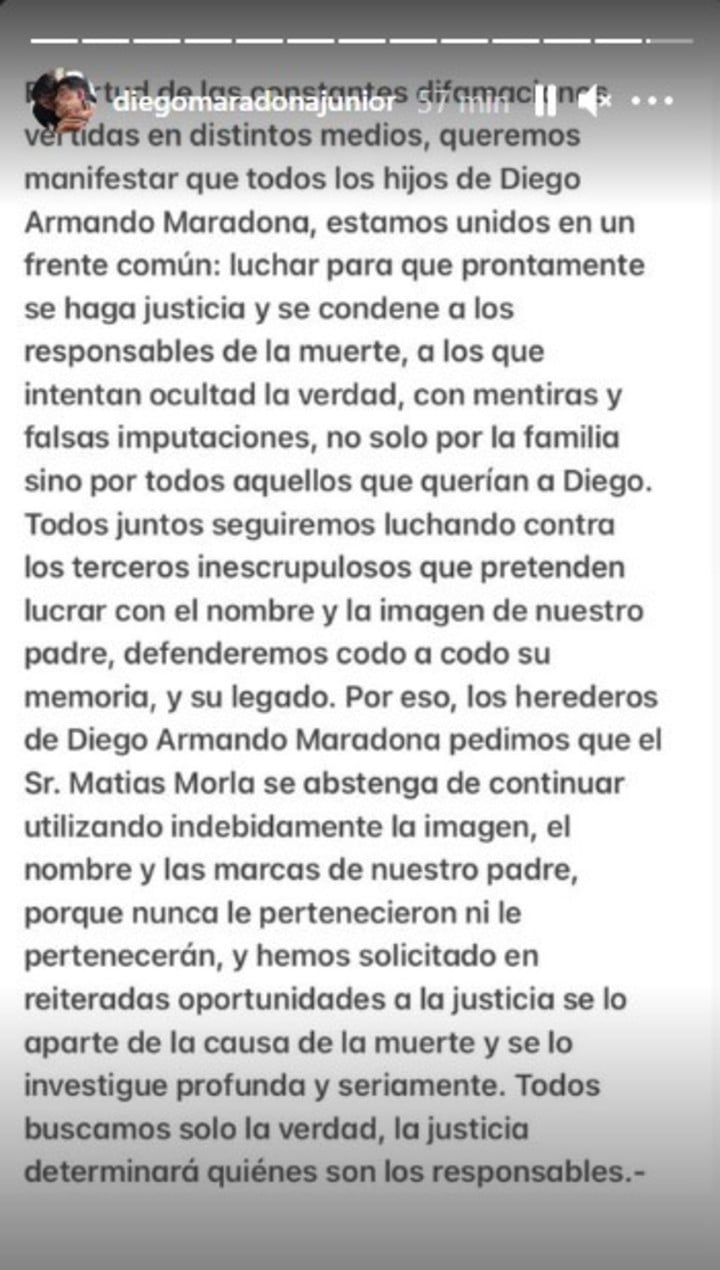 The scandal broke out over the auction of Diego Maradona's assets