The woman with the most hated hair in Iran

The activist and journalist Masih Alinejad, scourge of the regime in exile, has been the subject of a plot to kidnap her from her home in New York and try her in her country of origin. "The mandatory veil is your Berlin wall," he tells EL PAÍS 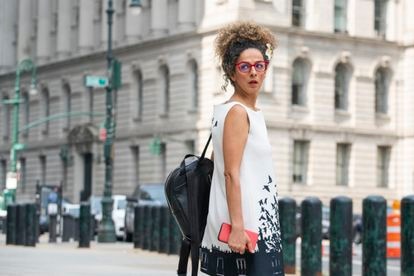 The owner of Iran's most hated hair emerges like out of nowhere in a lower Manhattan awakening from the pandemic. Hers is an electric hair, full of curls and adorned by a flower. Underneath comes a small and fibrous body that moves with nerve, walking with quick and short steps. She's wearing a miniskirt dress and carrying one of those huge bags that New York women carry half an apartment in. Dating Masih Alinejad (Ghomi Kola, Iran, 44 years old) has had its mystery. An unnamed intermediary has scheduled the meeting on a portal on Monday morning at nine. Another unidentified call, moments before, has asked about the attire and appearance of those present. A few minutes later she appeared: journalist and activist, feminist, dissident, threatened.

Her caution seems scant: the US Justice has accused four Iranian agents of hatching a plan to kidnap her from her home in Brooklyn, take her by boat to Venezuela and from there to her native country, which intended to put her before a court with an uncertain end.

Another exiled dissident journalist, who he captured in 2019, was hanged last December.

Alinejad had been monitoring her for months, photographing her movements and those of her husband and 14-year-old stepson. They had analyzed the sea routes and the best exits to carry out an operation with the air of a Cold War novel on American soil. The FBI found out and moved her to different houses in no time. He now lives under police protection and has been advised to move to another city and lower his profile. Does not want. “Of course it's scary, I have to look behind me all the time,” he admits, “but there are women in jail in Iran as a consequence of what I'm doing here; How am I going to give up? "I want people to understand," she continues, "that women in Iran are warriors, I don't want the media to only cover our stories when we are victims."

Five and a half million followers on Instagram, 336,000 on Facebook, a television program on a US public network and a regime that drives it crazy. Alinejad, who arrived in the United States in 2009 and has American nationality, has been herding Tehran for years for human rights abuses and has stood out especially against the repression of women and the mandatory

(Arabic word to refer to the scarf that covers the head and also the clothes and that only reveals the face). In 2014, he launched the

, encouraging Iranian women to photograph themselves without a veil, and in 2018 he promoted

, with the same tonic and a great repercussion because they did it in public places. It was the first time the Islamic Republic had faced a protest against forced veiling since it was imposed in 1983. 29 women were immediately arrested for disturbing order. One, Saba Kordafshari, was sentenced to 24 years in prison.

is not a piece of cloth, it is the main pillar of our religious dictatorship.

When Yazidi women were liberated from the Islamic State, the first thing many did was burn their burqa.

Do you know why?

Because it was a symbol of oppression.

For me it is the most visible symbol of oppression, it is the Berlin wall of the regime;

if we throw it away, that regime will fall ”, he explains.

In parallel, feminist movements are sprouting up in Europe against the prohibition of the Islamic headscarf in public spaces.

Alinejad responds: “The only thing that bothers me about that is the hypocrisy, I see that feminist movement condemning the veto of the

in France, but when it comes to the forced veil they keep quiet.

Not only that, there are policies that go to Iran and put it on, thereby legitimizing that norm ”.

, the geostrategic pragmatism that governments practice with a regime that has an atomic program and with which they are trying to negotiate a new nuclear agreement.

A 29-year-old girl [Sahar Khodayari] was arrested for disguising herself as a man in order to watch a game, in the 21st century, and blew herself up before entering prison.

Born in 1976, three years before the Iranian revolution, Masih grew up surrounded by all those norms, but something within her did not allow her to naturalize them. He counts his epiphany as something quite prosaic. “I lived in a town, with a traditional family, and I had a brother who could do everything: ride a bike, play soccer, go to the stadium ... I wanted the same thing and I joined forces with him, we secretly did everything together . In return, I accompanied him when he feared the darkness of the garden ”, he recalls. "I launched my revolution against my father's revolution from the garden of my house," he adds. She became a journalist and married very young, to a poet. Before he was 24, they had already been divorced and the judge took custody of his son, then three years old. Later, he left the country, passed through Lebanon, ended up in the United Kingdom and ended up in the United States.

His brother Ali, the boy he allied with, is serving eight years in prison in Iran.

Her sister disowned her on television.

In 2018, the Tehran government asked her family, who still live in the country, to invite Masih to a family gathering, after so many years, in Turkey, so that the police could talk to her.

It is in Turkey that journalist Ruhollah Zam was caught before hanging him.

After the court made public the accusation of the plot to kidnap her, on July 13, the activist traveled to Washington and met with several congressmen, more Republicans than Democrats. She was also greeted by National Security Advisor Jake Sullivan and was telephoned by Secretary of State Antony Blinken. It also features previous photos with the predecessor in office, Mike Pompeo, head of diplomacy during the Donald Trump Administration.

When asked about the lack of enthusiasm it arouses among the left wing of the Democratic Party, especially among young progressive congresswomen, he replied: “One of them, Ihlan Omar, has even published reports trying to defame, saying that I receive money from the Government, but that It is public, I have worked in Voice of America since Obama was in power, and then with Trump and now with Biden ”.

Alinejad hosts a program on the Persian Voice of America service, a conglomerate of radio, web and television in more than 40 languages ​​that was created in 1942 and depends on the United States Government.

His struggle, he stresses, "has nothing to do with who is the president of the United States, but with getting rid of those who now rule Iran," he insists.

During the election campaign that brought Trump to power, she became concerned that it was turning the mandatory veil into a culture war against the veil in general.

In addition to accusing her of being a spy, she says, Tehran has also reported that she was raped in London.

Faced with the journalist's astonishment, she explains: "In her disturbed mind, if they rape you, it is your fault and you are disgraced."

Have you ever thought of throwing in the towel and retiring to live in peace?

"No, I have lost everything," he replies.

Furthermore, the regime is showing with the kidnappings of dissidents in recent years "that it is afraid."

"All the men around me have supported me, they have been my great allies."

She is not only referring to her husband, Kambiz Foroorah, a journalist and security analyst, but also to her brother, and others whom she does not want to mention so as not to put them in danger.

Masih's voice has been broken when talking about them, also about the hanged fighter.

Dispatch the interview very soon after.

He had already made it clear at the beginning that he wanted to talk about female warriors.

Before posing for photographs, she tucks her hair up high and paints her lips deep red. The woman with the most hated hair in Iran 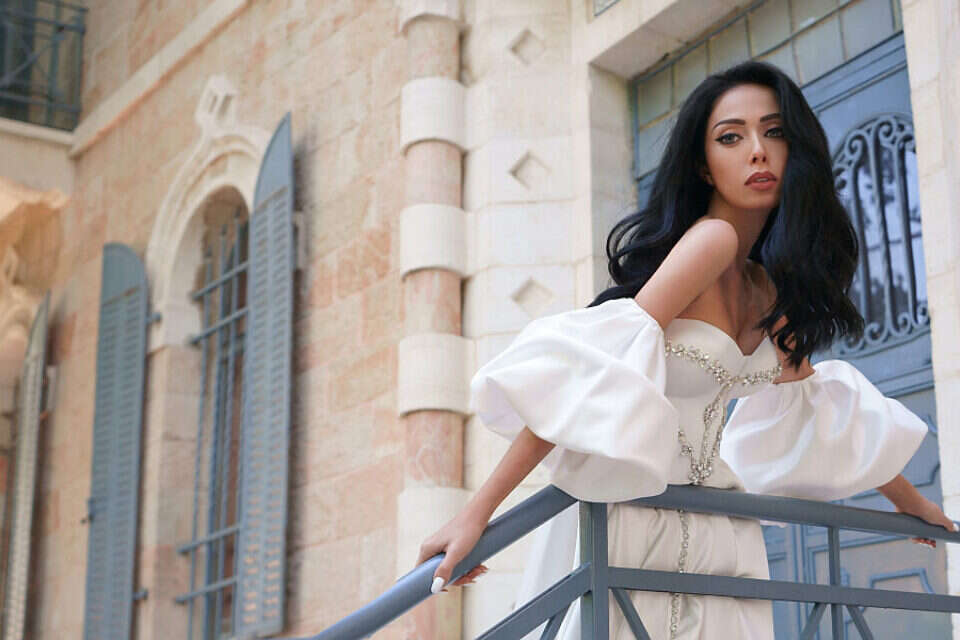 Netanyahu's legacy: Iran is closer to nuclear weapons than ever before - Walla! news 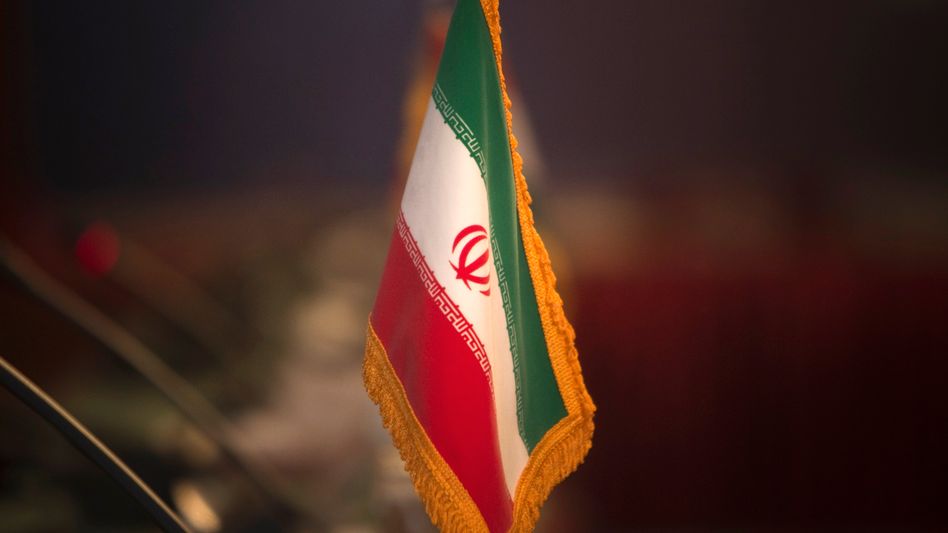 Iran: Man runs over two women because of "un 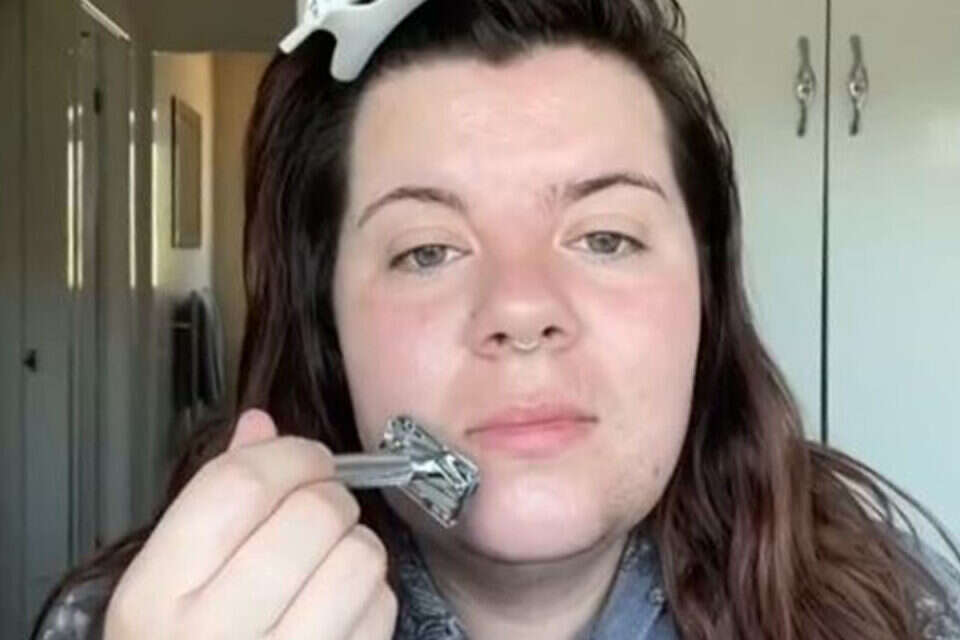 "Do not let it ruin your life": The tic-tac-toe with the beard that excites the network Israel today

Are you undergoing hair loss treatment? This preparation can speed up the process - Walla! health In the middle of Nuremberg: women's gang attacks 19-year-olds and steals them - the police are looking for a description