Actually, Annalena Baerbock had moved out to become Chancellor. But their chances are currently no longer the best. Whatever was due to mistakes that now hang around her.

Actually, Annalena Baerbock had moved out to become Chancellor.

But their chances are currently no longer the best.

Whatever was due to mistakes that now hang around her.

Munich - Annalena Baerbock experienced in a real crash course what it means to contest a federal election campaign as a top candidate. Even before she was officially declared the front woman of the Greens, the 40-year-old seemed to be the darling of the masses, the carpet in the Chancellery already rolled out. But a lot of faux pas later - mistakes in the curriculum vitae, additional income reported afterwards, her book with gaps in the list of sources - she has clearly lost favor with the voters.

In the event of a direct election, their prospects would currently be anything but rosy.

In the most recent surveys, Baerbock sometimes has worse scores than its competitors Armin Laschet from the CDU and Olaf Scholz from the SPD.

Baerbock about her book: "I didn't work precisely enough in some places"

I have to put herself in the right light again: Annalena Baerbock has clearly deviated from the course for the Chancellery.

The allegations already mentioned regarding plagiarism and copyright violations in your book “Jetzt.

How we renew our country ”, the publication of which shortly before the election should undoubtedly give her a push.

“I didn't work precisely enough in some places,” admits Baerbock, who recently wrote negative headlines with her use of a racist expression.

Basically, she deals with the setbacks in the election campaign: "There are good days and days when you think, human, could have gone better." But Baerbock also points out: "We are not robots.

I make politics as a person, out of the reality of people's lives.

And I want to stay with that. "

Baerbock can make friends with disadvantages for non-vaccinated people

Germany’s second candidate for Chancellor after Angela Merkel must be all the more worried that the flood disaster exposed the consequences of climate change for everyone, but that her party achieved a minimal upswing on the Sunday issue. Environmental protection has always been the main discipline of the Greens. But the other parties have now increasingly discovered this topic for themselves - at least after the disaster.

On another topic that is currently overshadowing everything, Baerbock takes the same position as the political competition. She sees the disadvantages in public life for citizens who refuse to be vaccinated against Covid-19 as fair: "If everyone has received a vaccination offer, it cannot be ruled out that those who have been vaccinated can do more things than those who are in spite of the possibility do not get vaccinated. It cannot be that everyone's rights of freedom are restricted because some of them do not want to be vaccinated. "

At the same time, the mother of two daughters made an appeal to the federal and state governments: “Now that the vaccination rate is slowing down, we have to step up our efforts.” Baerbock already has concrete ideas for this - but they are not new: “With mobile vaccination teams and vaccination offers directly in District centers and universities, on marketplaces and in front of supermarkets are the best way to reach indecisive people. "

Baerbock plans to adapt the language in legal texts

Speaking of achieving: the co-leader of the Greens wants to pick up everyone in legal texts in the future. That is why she promises in the

that the corresponding books and writings should be adapted to gender-sensitive language. “I want to make politics for everyone, and that means addressing everyone as well - and not just thinking about it,” emphasizes Baerbock, who points out that language can also exclude.

A lot has already happened: "Language is changing - today, for example, we speak more of 'doctors' and not just of 'doctors' because otherwise only the image of a man appears in the head." Society must learn from this: “It is the same in many other areas.

If I know that certain terms hurt individual people or groups, then one should try to express things differently, out of respect. " 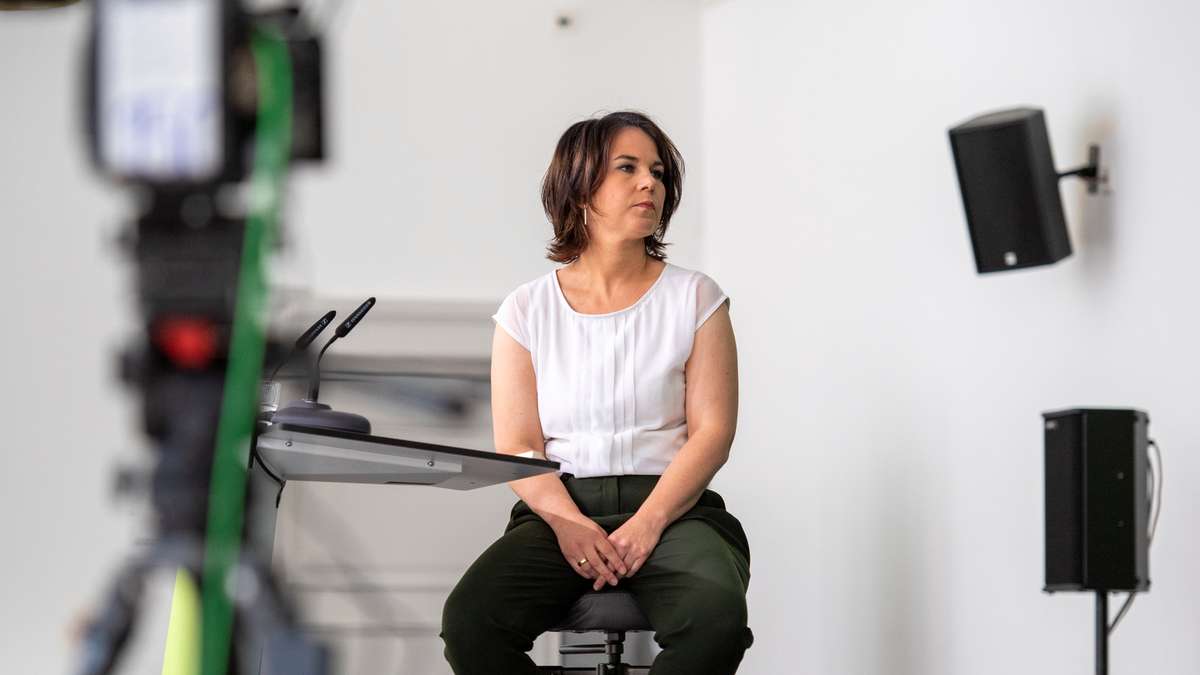 Baerbock admits mistakes: "That pains me a lot" - but there is one thing she does not want to change "Summer interview": Baerbock mentions the condition for red-red-green - and comments on mandatory vaccinations