A small celebration for the big FFW anniversary in Zollingen

It was smaller than planned, but no less solemn. FFW Zolling celebrated its 150th anniversary. 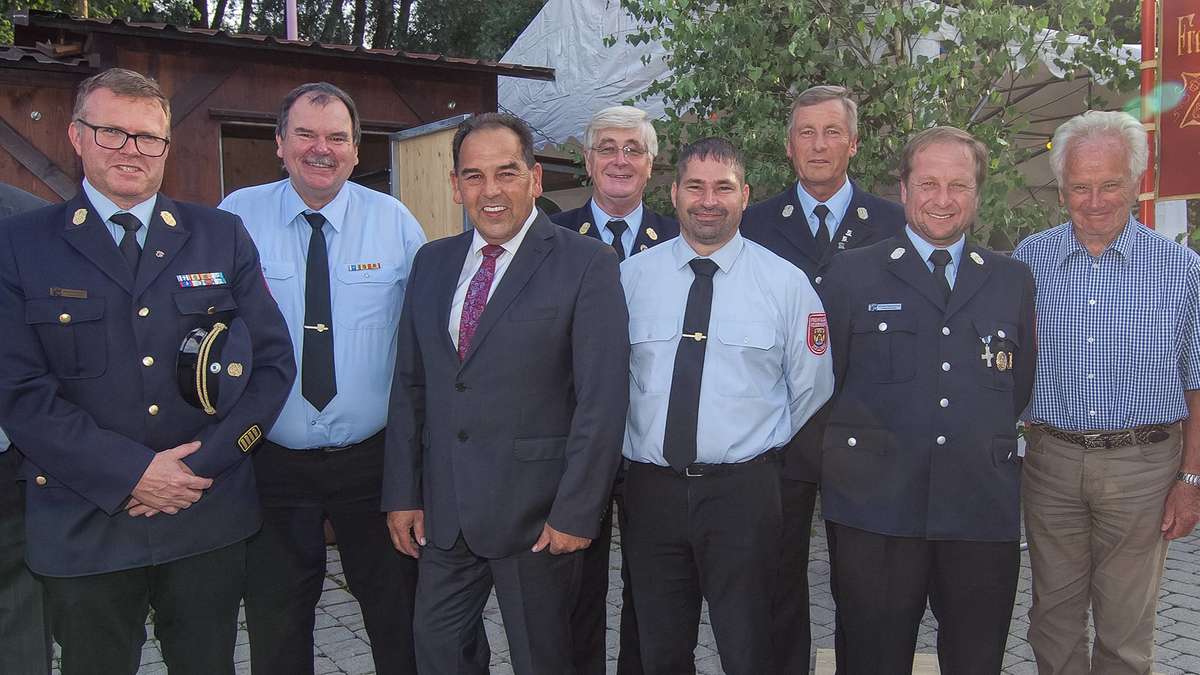 It was smaller than planned, but no less solemn.

- 150 years of the Zolling volunteer fire brigade: Actually, the comrades wanted to celebrate the founding anniversary in June.

But Corona has mixed up everything.

However, because they did not want to completely ignore the milestone birthday, a small, internal meeting was organized last Friday.

There were greetings from many companions.

The decision was not an easy one, said Commander Martin Ester. A festival program has already been drawn up for the 150-year-old founding party, which should have taken place from June 18 to 20. Everything had been prepared, even a chronicle. A festive evening in the community center would have started on Friday. A public viewing was organized for the European Championship game Portugal against Germany on Saturday, followed by a festive church service on the following Sunday, followed by a large parade through the village. The anniversary would have ended comfortably with a cozy get-together with the citizens, associations, visitors from the surrounding communities and befriended fire brigades.

The festival committee had planned well in advance, reminded Ester.

But the pandemic left no other choice, as bitter as it was.

Now think of the establishment of the Zolling volunteer fire brigade on July 30th, 1871 at least "to the day".

A quiet bench for the former mayor: Commander Christian Ester handed over the belated gift to say goodbye to Max Riegler as mayor of Zollingen.

The founding father is the schoolmaster Negele

Establishing a fire brigade in Zolling was what “schoolmaster” Benno Negele had pushed forwards at the time. As you can see from the chronicle of the 125th anniversary celebration in 1996, he was elected chairman at the first meeting in the "Alten Wirt". Providing fire protection was at that time "ex officio" - by the district offices - promoted. Zolling was one of the first weirs to follow the recommendation. The chronicle goes on to say that 39 men were present when it was founded. 25 of them were named (see end of article). The first “acid test” had to be passed on August 28th, 1872, when one set out “with a horse drawn machine” to a burning barn in the moss.

At that time, savings were apparently made with new acquisitions for the Zollinger Wehr. As you can read on page 47 of the chronicle for the 125th anniversary of the founding festival, the district authorities would have recommended that a new fire engine be purchased in 1892. The mayor at the time, Michael Etschbaum, and the community committee, however, had spoken out against it for “financial reasons”. It was only bought in 1894, and in the same year a standard, under which the guests of honor gathered for the internal celebration last Friday.

Ester praised the fact that fortunately one has completely different requirements today.

Thanks to excellent cooperation with the community, the FFW Zolling has meanwhile become a “on-site fire brigade”.

Important purchases were made in the vehicle fleet, including a new portable pump for a fire engine (LF8), a logistics equipment vehicle (GW-L2) and a new personnel carrier.

Three mayors and lots of praise

The planning for the acquisition of a new fire truck (TLF 3000) is currently in progress.

Under the aegis of Mayor Georg Wiesheu, the tool shed was rebuilt in 2007 at the state road 2054.

“There is nothing more honorable than helping others when help is needed,” praised Mayor a.

And that is why the fire brigades are so extremely important.

Mayor Helmut Priller emphasized that the Florians are “all-round talents”. They are characterized by a broad spectrum of knowledge. Because the weirs are not only there to extinguish. Technical assistance is becoming more and more important. "You put yourself in danger to help others," said Priller. That is why he wishes the emergency services “lots of guardian angels”. Without the fire brigade, Zolling would not be the community it is today. District fire chief Manfred Danner praised the exemplary youth work of the Zollinger Wehr. "Where that is done, it continues."

As a thank you for the always good cooperation, the comrades used the small celebration to honor the former mayor Max Riegler.

Due to the pandemic, it was not allowed to say goodbye to him appropriately, so you are now handing over a present, said Ester.

A bench made of solid wood, which FFW member Christian Sellmaier had made and on which the former head of the community took a seat.

"Anyone who comes by me in the future, I'll sit down with for a half," said Riegler and laughed.

A small celebration for the big FFW anniversary in Zollingen Festival service for the 150th anniversary of the FFW Oberbeuren 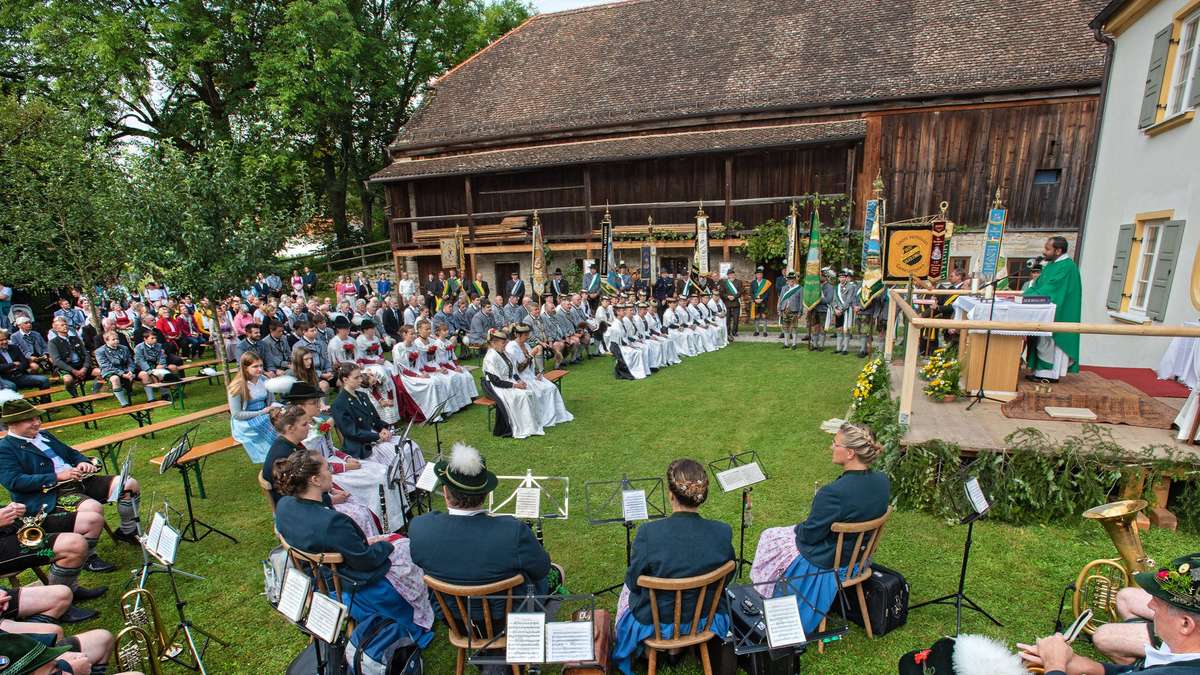 Traditional costumes and jerseys as a symbol of unity: clubs celebrated their anniversaries together 300th anniversary of the consecration of the Wamberger Church: great things achieved in a small piece of jewelery 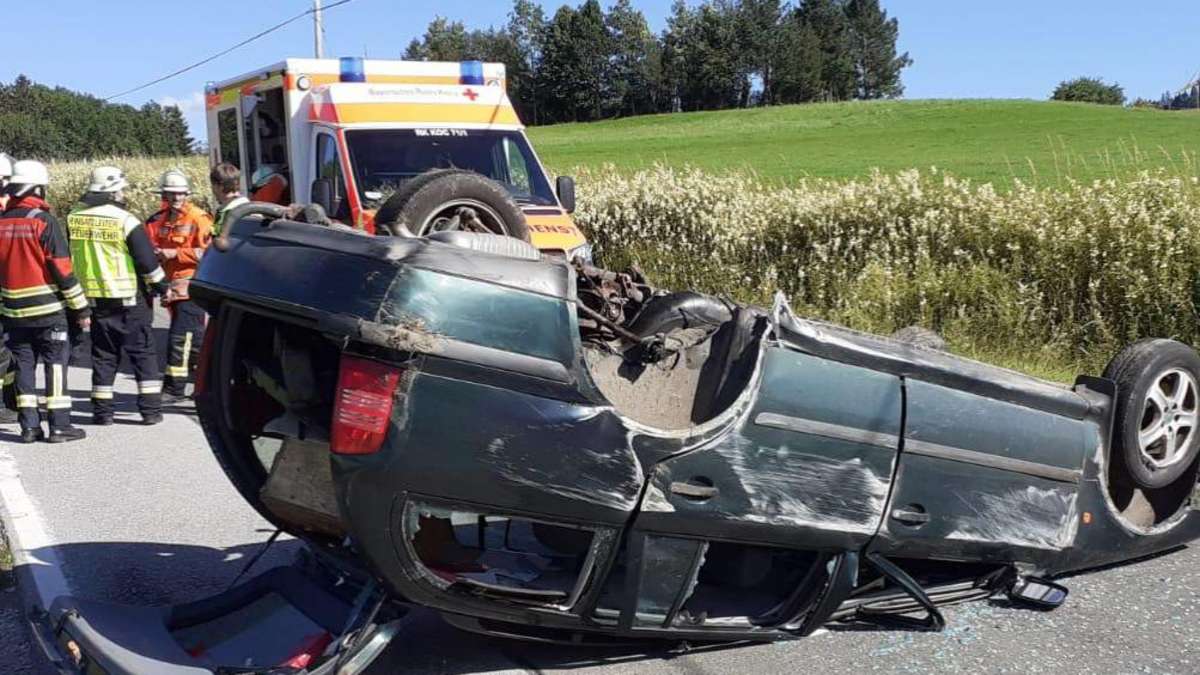 Consecration of the flag for the boys in Jesenwang