The shooting occurred outside the building on the Metro Bus platform, which is a main entrance to the Pentagon.

A police officer died Tuesday after a shooting outside the Pentagon, according to three law enforcement sources.

The circumstances of the shooting outside the Pentagon are not yet clear.

The Pentagon's Force Protection Agency, which oversees Pentagon security, did not respond to CNN's request for comment.

Pentagon Force Protection Agency chief Woodrow Kusse will brief the press at 2:30 ET with Pentagon Press Secretary John Kirby this afternoon to provide more information on the incident at the Pentagon.

What we know of the incident

The "shooting incident" occurred on the bus platform at the Pentagon compound and led to the closure of the building without allowing personnel to enter, according to a message that was sent to the Pentagon workforce by the Pentagon Protection Agency. the Pentagon Force.

The lockdown has now been lifted, the agency announced later Tuesday.

"The Pentagon has lifted the lockdown and reopened. Corridor 2 and the subway entrance remain closed. Corridor 3 is open for foot traffic," the Pentagon tweeted.

The event occurred outside the building on the platform of the Metro Bus, which is a main entrance to the Pentagon used by thousands of people entering and leaving the building every day.

The bus platform is used by several bus lines in the area.

Pentagon Force Protection Agency spokesman Chris Layman declined to comment on whether an attacker was involved or people were injured, but Arlington Fire and EMS tweeted that they "found multiple patients," while responding to a " incident of active violence "in the Pentagon Metro Area.

Patient status was not immediately provided.

Defense Secretary Lloyd Austin and General Mark Milley, Chairman of the Joint Chiefs of Staff, were attending a scheduled President's Daily Summary and Intelligence Update meeting with President Joe Biden at the White House when the incident occurred at the Pentagon, according to a defense official.

The area where the incident occurred is "still a very active scene" for investigators, the official said.

Pentagon officials "will cooperate fully with local and federal authorities," the official added.

Austin is staying away for now "out of respect" for investigators who need to work.

Public transportation stops in the area

The reported shooting at a Pentagon bus stop has stopped public transportation to the massive complex.

Metro trains and buses are now bypassing the area, according to the Washington Metropolitan Area Transit Authority.

"We will continue to do so until we are informed that it is safe," WMATA spokeswoman Sherri Ly told CNN.

The Pentagon has dozens of Metro yellow and blue bus routes and rail lines.

The station is the eighth-busiest station in the Washington Metro system this year, with more than 2,400 passengers boarding each day, compared to an average of 15,000 a day before the pandemic.

As of July 31, 185 police officers had been shot so far in 2021, 35 of whom were shot dead, according to the National Fraternal Order of Police. 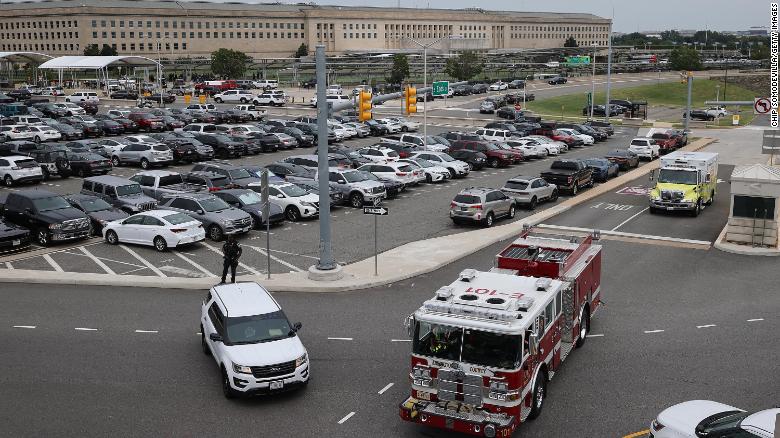 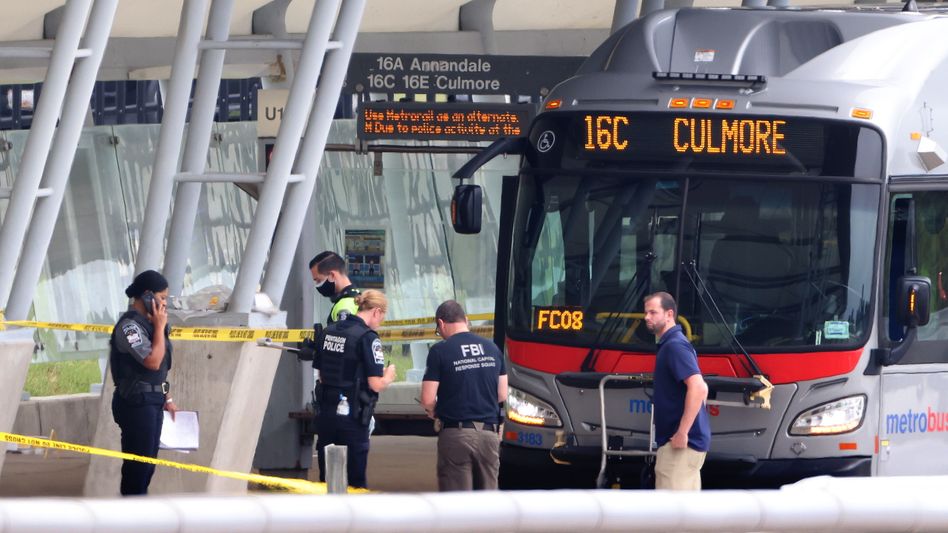 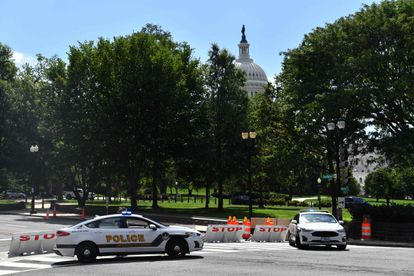