Lukashenko's Revenge: Migration as a Weapon? The first consequences can also be felt in Germany

So far, the EU has been working largely unsuccessfully against Belarus ruler Alexander Lukashenko. He is now apparently taking revenge - and using people as leverage. So far, the EU has been working largely unsuccessfully against Belarus ruler Alexander Lukashenko.

He is now apparently taking revenge - and using people as leverage.

Warsaw / Pasewalk - One year after the protests began in Belarus, Alexander Lukashenko is still under intense pressure - also from the ranks of the EU.

On Monday, the controversial president announced a "reaction" to the West's stance.

But apparently it is already running: Apparently Lukashenko is trying to instrumentalize migration as a political means.

Alexander Lukashenko: Belarus wants to put the EU under pressure - suddenly the focus is on borders with Lithuania and Poland

There are increasing signs that Belarus is putting pressure on Lithuania * and Poland in particular by bringing refugees to the borders of these countries.

This massively increases the problems on the Lithuanian and Polish borders.

For about three weeks now, the number of migrants crossing the Belarusian borders has risen to between 200 and 300 people a day.

Lithuania recently decided that the migrants will be returned to the Belarusian border crossings.

This started last week - Lukashenko then strengthened the border guard and announced that he would not let anyone into Belarus.

Since then, the situation in the region has deteriorated significantly.

The refugees are on the narrow strip between Lithuania and Belarus.

There are reports that Belarusian border guards have fired warning shots to prevent the refugees from returning to the Belarusian side.

Lukashenko "answers" Lithuania: Vilnius is the opposition leader's new base

According to expert Andrzej Pukszto from the Political Science Institute of Vytautas Magnus University in Kaunas, Lukashenko is responding to the policy of Lithuania, which had clearly decided to support the Belarusian opposition. The office of opposition leader Svetlana Tichanovskaya, which serves as the diplomatic representation of the opposition, is located in Vilnius.

For Lithuania, the situation was particularly difficult on the sections of the border with Belarus, where there is little or no security infrastructure.

The border stretches for almost 700 kilometers, there are also hard-to-reach forest areas here.

Hardly any investments have been made in safety devices since the time of the USSR.

“There was a lack of money, but also a lack of necessity,” said the Polish expert on Eastern Europe Michał Potocki, who was able to familiarize himself with the situation on site.

However, Lithuanian sources reported late the week that the border is now being reinforced with barbed wire.

The expansion of the infrastructure is to be continued in the near future.

The Belarus expert and editor-in-chief of the

, Bartosz Tesławski, pointed out in an interview with

that sections of the border between Belarus and Poland * basically offer the same conditions as those with Lithuania because of the natural imponderability in dense forest areas. The number of uncontrolled border crossings has also been increasing here for weeks. The preliminary high point was the illegal crossing of the border by a total of 62 people in a single day. Katarzyna Zdanowicz, the press spokeswoman for the border guard unit in the eastern Polish Podlaskie Voivodeship, said in Polish media that 50 Iraqis were among the migrants. The group also included 13 children.

According to the regional TV station TVP3 from Białystok, Zdanowicz also pointed out that 144 people have illegally crossed the border in Podlaskie since January of this year.

In the whole of last year there were only 114 people.

According to information from TVP3, there will soon be additional support for this border region from the EU border protection agency Frontex.

Maciej Wąsik, Deputy Head of the Polish Ministry of Interior and Administration, told the media: “In the past few days we have seen intensification on the Polish-Belarusian border;

we see it as a reaction to the support of Belarusian sprinter Krystsina Tsimanouskaya. "

The athlete, who was afraid of returning to Belarus from the Tokyo Olympics, received a humanitarian visa for Poland.

As far as we know on Monday, it is in Warsaw.

Lukashenko apparently brings migrants to the EU border: Refugees move on to Germany

But the effects are apparently already being felt in Germany.

The Federal Police Inspectorate Pasewalk announced on August 7th that a group of refugees had been picked up near Löcknitz, not far from the Polish border.

“According to its own information, it is a Somali, three Iraqis and 3 Iranians.

The people were not in possession of identity documents and carried no luggage with them.

Initial investigations showed that people from Belarus to Poland entered the European Union illegally, ”it said.

“The travel destination was Germany.

There is a suspicion that the group targeted the local situation in Löcknitz in order to be transported from there by hitherto unknown smugglers into the federal territory ”, it says in the report of the Federal Police Inspectorate. 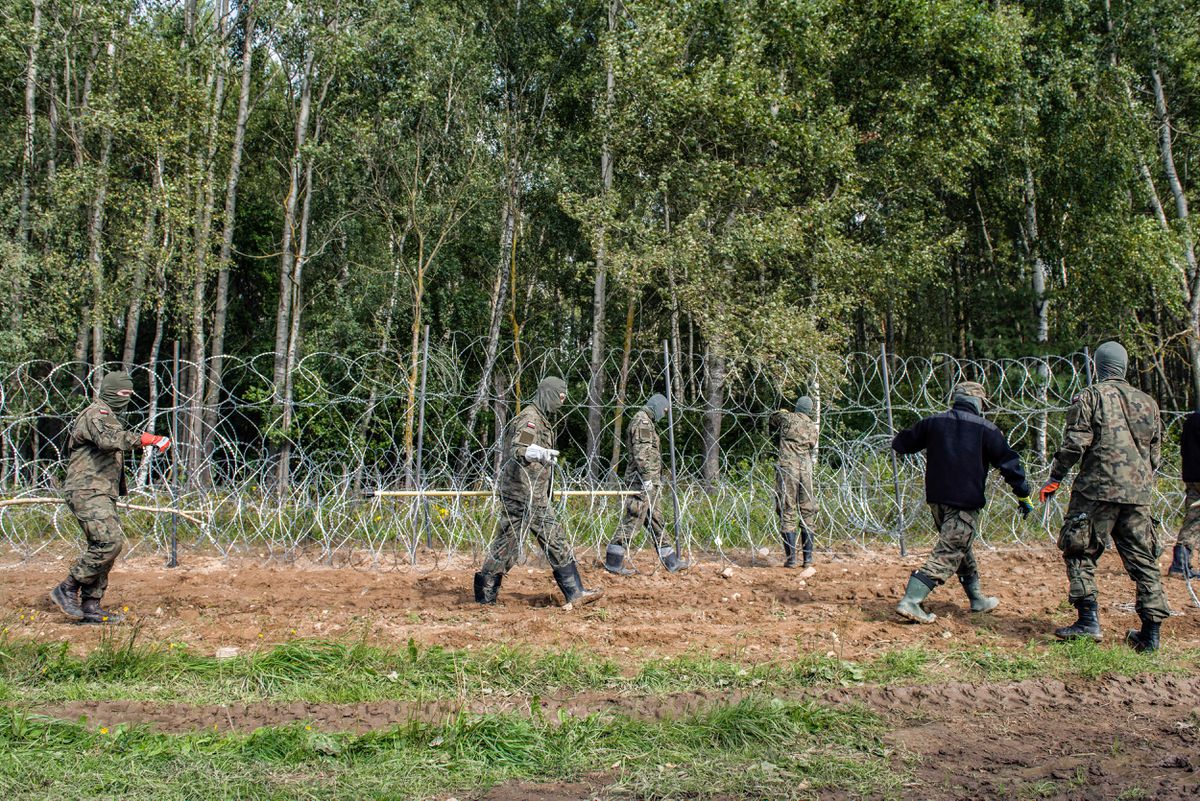 Poland declares a state of emergency on the border with Belarus The Belarusian diaspora is appalled by Lukashenko's spiral of murder Migration as a weapon: Illegal border crossings in the east alert the EU - including Germany in concern 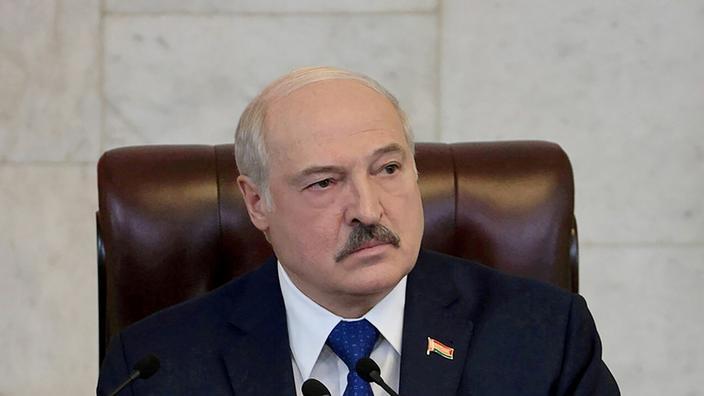 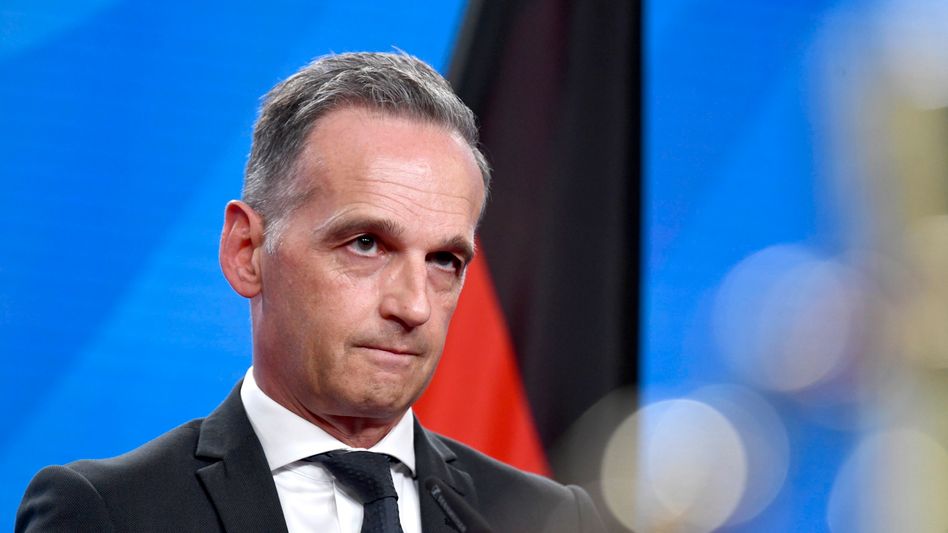 Lukashenko's Revenge: How Belarus Is Funneling Refugees into the EU 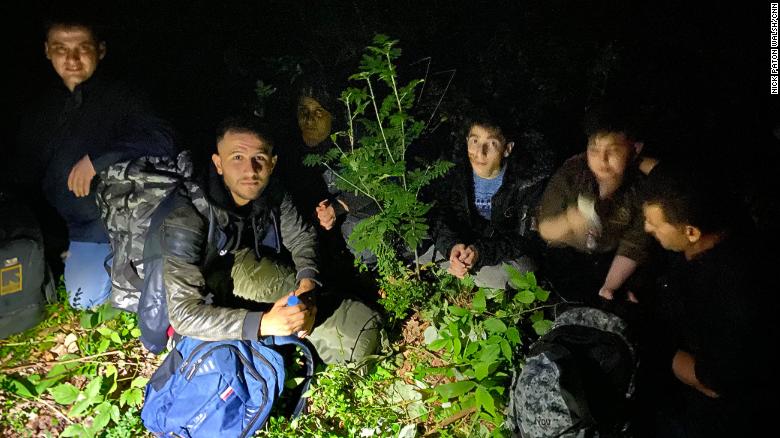 Belarus floods the European Union allowing the passage of migrants 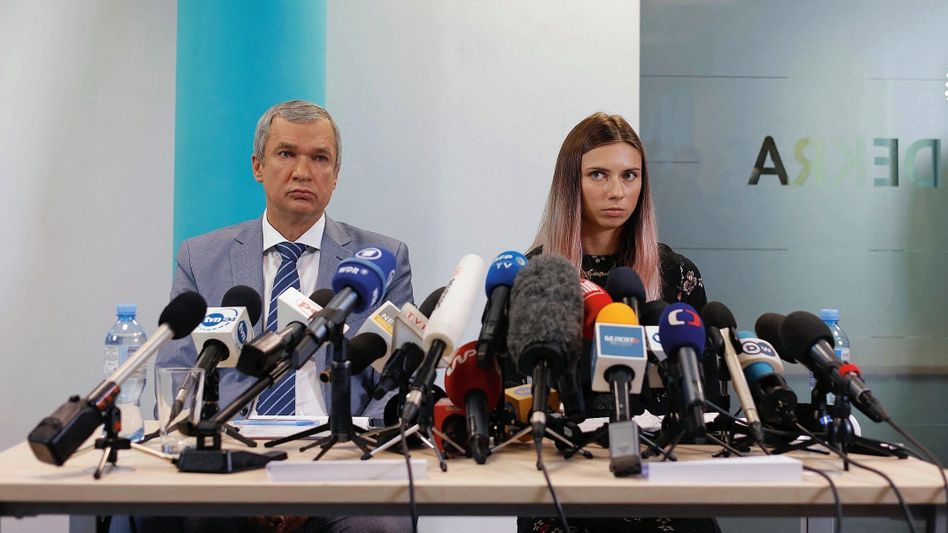 "It's Not a Joke!": Lukashenko's Reign of Fear Hits the Olympics and Beyond