Record in the current wave: 5,140 verified viruses have been detected in the last day; 373 seriously ill - Walla! news

The rate of positive tests climbed to 4.91% of all tests, and 18 people have died from the virus since the beginning of the week. About one million people in Israel have not yet received the first dose of vaccine, compared to more than 570,000 who were vaccinated in the third dose. Starting today: Undercover cops will intensify mask enforcement in enclosed spaces

Record in the current wave: 5,140 verified viruses have been detected in the last day;

The rate of positive tests climbed to 4.91% of all tests, and 18 people have died from the virus since the beginning of the week.

About one million people in Israel have not yet received the first dose of vaccine, compared to more than 570,000 who were vaccinated in the third dose.

5,140 people infected with the corona virus have been identified in the last day - according to data from the Ministry of Health published tonight (Tuesday).

The number of serious patients is 373 - an increase of 9 since yesterday, including 82 in critical condition and 61 respirators.

The positive test rate is 4.91% of the total tests - a record rate for positive tests in the current wave of spread.

Out of about 600,000 vaccinated with a third vaccine dose, less than 50 reports of side effects from this were received.

It was also reported that the reported symptoms were mild and passed quickly.

Meanwhile, MDA teams have embarked on a project to perform serological tests for children aged 3-12 in order to grant a certificate similar to a recovery certificate, for children who have antibodies to corona in their blood.

Meanwhile, police will start deploying undercover cops today who will work in civilian clothes and enter banquet halls, shows and parties in order to enforce non-wearing of masks.

This, in the shadow of the high rise in morbidity.

Following the decisions of the political echelon, by the end of the week the number of police officers assigned to the enforcement of the corona will reach 1,800.

France has expanded the green mark

In the video: Prof. Ash clarifies that a decision will soon be made on a purple character and distance restrictions (Photo: GPO)

The director general of the Ministry of Health, Prof. Nachman Ash, said yesterday that if the latest steps approved by the Corona Cabinet do not help curb the disease, the Ministry of Health will seek to expand the restrictions. We are acting in different ways but the situation is worrying, "Ash said at a press briefing.

According to Ash, the response to the third dose of the vaccine is high," but there are about a million people who have not yet received a first vaccine. I urge you to get out and get vaccinated, this is the best way to stop the disease. We do not want to get into a situation where we decide on a closure. We do everything we can to avoid it. The vaccine will help us avoid it - go get vaccinated. "

Despite the approval of the outline for the start of the school year, Ash noted that "as we get closer to September 1 we will know if we can open the school year safely. We are doing everything possible to get the school started as a routine."

On the education system, he said that "education in red cities is not closed automatically. We will carry out more tests but we will not act automatically like last year".

Earlier, the head of the public health services, Dr. Sharon Elrai Price, said in a discussion in the Knesset's Constitution Committee that "everything must be done to slow down the epidemic, including an unpaved green mark, a purple mark and a restriction of assembly.

We need to take action right now to slow down the epidemic and let the vaccines do the work. ”

She added that“ the epidemic race needs to be halted.

Apart from the masks, there are currently no restrictions that will reduce the morbidity, the green mark will not do so. "She also noted that the death toll from Corona in the fourth wave has crossed the century.

Serological tests in ultra-Orthodox society: One in five students has had a coronation in the past - Walla! news

Lieberman on Netanyahu: "Did he compare himself to Messi? I feel sorry for him, it's pathetic" | Listen - Walla! news

Two brigades in the Gaza Division - positive for Corona; IDF: "There is no harm to operational competence" - Walla! news

Record in the current wave: 5,140 verified viruses have been detected in the last day; 373 seriously ill - Walla! news

An increase in the number of corona patients in critical condition; Record in the positive rate in the current wave - Walla! news

The death toll from Corona is on the verge of 8,000; For the first time in 3 months - less than a thousand verified per day - Walla! news

Full green mark and restrictions on gatherings: The Corona cabinet convenes against the background of the rise in morbidity - Walla! news 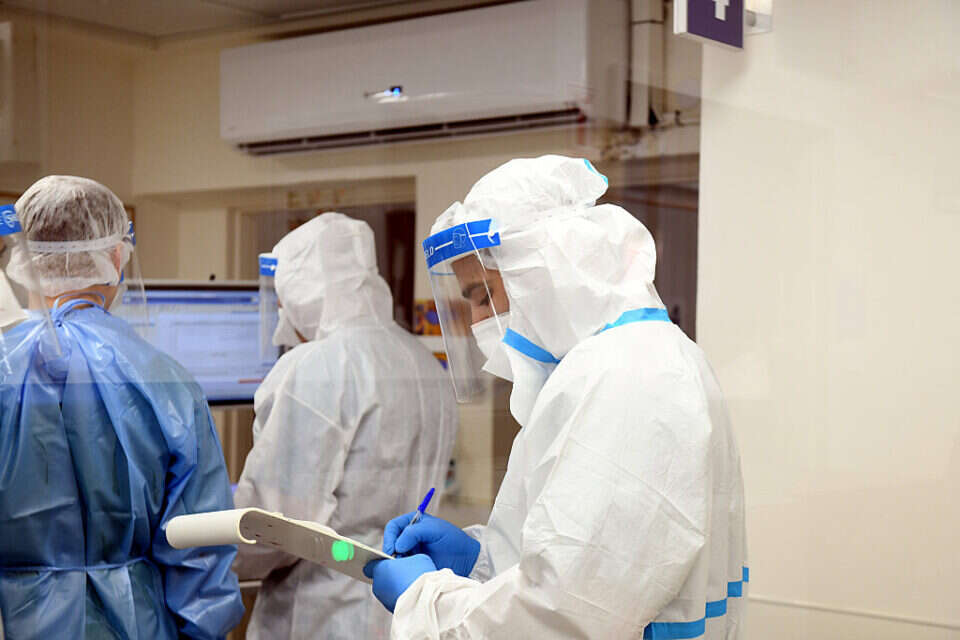 Yesterday, 6,314 people were diagnosed with corona, a slight decrease in the number of patients in critical condition Israel today