At the very end, the ARD “Wahlarena” with Annalena Baerbock caused a stir: a tax advisor was angry about the Greens' plans. An expert assesses his allegations for Merkur.de.

At the very end, the ARD “Wahlarena” with Annalena Baerbock caused a stir: a tax advisor was angry about the Greens' plans.

An expert assesses his allegations for Merkur.de.

Munich / Lübeck - At least two candidates for chancellor and their parties have already felt it in this election campaign: Emotional moments and excitement attract more attention than any election manifesto.

In this respect, it was not at all surprising that - along with some other bizarre things - an emotionally charged scene from Annalena Baerbock's appearance in the ARD election arena was remembered.

Baerbock in the ARD: Tax advisor reacts angrily to the Greens' demand for the federal election

Immediately before the end of the broadcast, a visibly angry gentleman spoke to the Green Chancellor candidate. He introduced himself as a tax and financial advisor. And (possibly in the excitement) sent a mixed bouquet of warnings to Baerbock. On the one hand, he was critical of the financial feasibility of the Greens' election plans, to put it mildly. On the other hand, he saw the old-age provision of many entrepreneurs in jeopardy through one of the financing pillars of the plans: through the wealth tax.

"How should entrepreneurs, medium-sized entrepreneurs, even build a pension when their income and their assets are regularly tapped through trade tax, income tax, inheritance tax and wealth tax?" Asked the man. Smaller companies are also "very, very quick" involved in this problem - "it works

quickly!". Baerbock's answer: The state wealth tax envisaged by the Greens should only take effect from around two million euros and business assets should be exempted. This can also be read in the party's election manifesto.

But the questioner continued to shake his head angrily - and the program was then over.

On Twitter, some users even accused that the round had been canceled due to the critical question.

In view of the ARD's program plan, which was known long in advance, this should be referred to the realm of fable.

Nevertheless, after the dispute between the chancellor candidate and tax advisor, one question remains unanswered: Would a wealth tax deprive smaller entrepreneurs of retirement provision?

The answer from Deborah Schanz, Head of the Institute for Business Taxation at the LMU Munich, leaves room for your own assessment.

One thing is clear, however: the expert has specific reservations about a wealth tax.

The first of the two does not, however, directly concern retirement provision.

It lies “in the problem of valuation”, as Schanz says: “While we know the exact value of cash or stocks, there are many non-traded goods that must first be valued at great expense.

This costs a lot of time for the state and taxpayers and can also lead to many disputes, which then again occupy the courts. "

Video: The Greens want to lower the voting age

Schanz sees the proverbial canned goods (also) in danger for other reasons: “The second problem is that it is not income, but the substance, i.e. the assets themselves, that are taxed.” If a company generates a lot of income, that is not critical.

But if you generate little income, you lose wealth through the tax.

As an example, the expert mentions property owners: "If land and buildings are rented at a relatively low rate, but their values ​​are set extremely high in metropolises, for example, then wealth tax has to be paid even though the money is not earned at all."

This loss of assets is not mitigated by sparing business assets - "because the entrepreneurs have invested the money for the provision in other, non-business assets," as Schanz

Bank assets without interest could also melt in this way.

The only way to avoid this effect is through income taxes instead of a wealth tax, the scientist emphasizes - with them, only those who make a profit pay.

It is therefore correct that a wealth tax can reduce retirement assets.

There could also be a dispute over valuations - which could also cause problems for property owners;

The angry questioner is therefore right to the extent that

it is becoming more difficult to

wealth - and that hardship cases could threaten in the area of ​​property owners. On the other hand, at least with a view to pure bank and share balances, it is also clear: If the Greens' wealth tax only applies from two million euros per person, then even in the worst case, wealth only melts down to this amount. Whether you see this as an existential problem

for old-age provision in

- it is probably in the eye of the beholder. ( 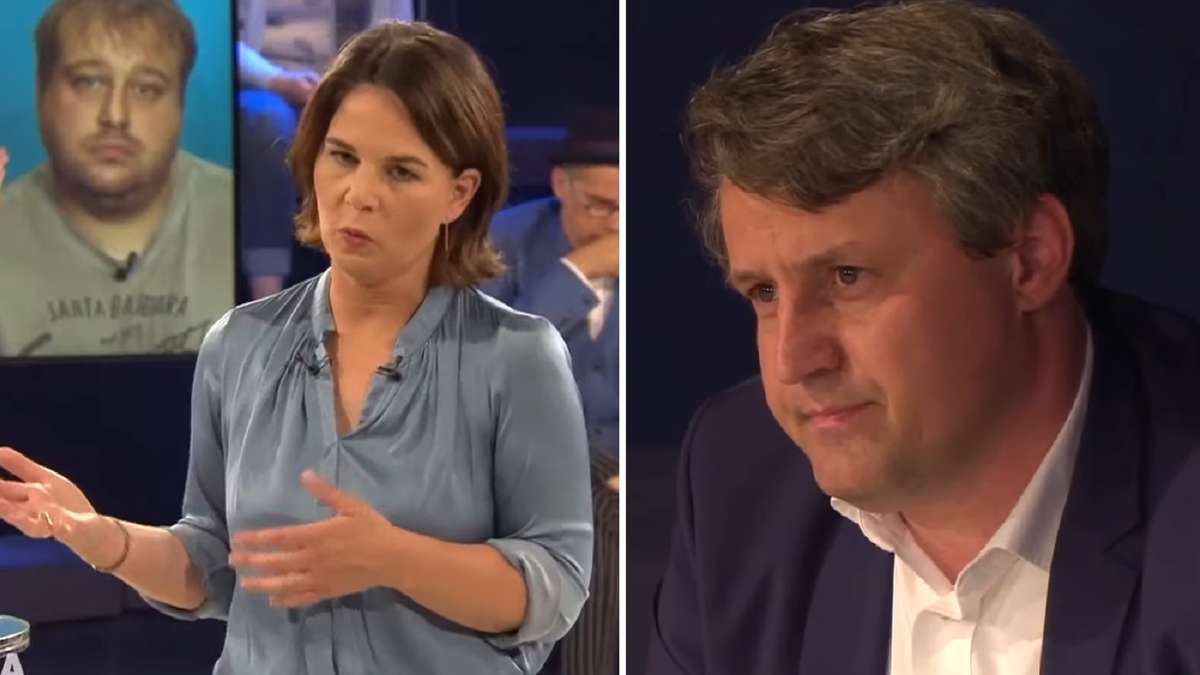