Is it worth traveling to the streets for an Asian restaurant? | Israel today

By and large, especially if you live close to the streets • The relatively old "transit" restaurant in the city offers a tempting menu but full of dishes • We thought it was a disadvantage but in the end it became an advantage • Review 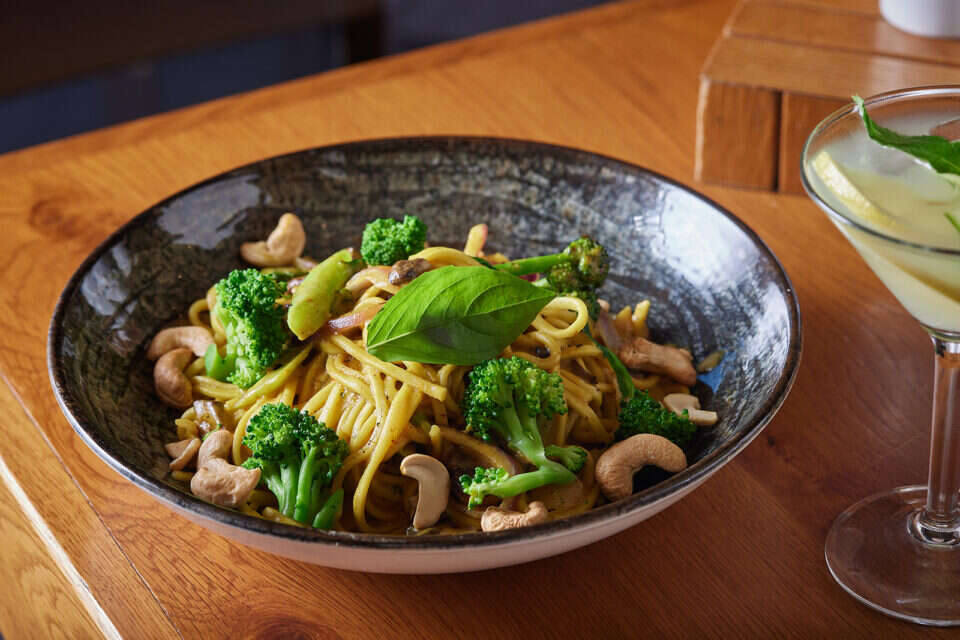 For many years, Asian food has occupied a central place in the Israeli culinary world, with an abundance of restaurants offering food from the Far East.

This makes it difficult for them to stand out from the others, but places like "Transit", which is located in the Science Park on the streets, is one of those restaurants where oil goes before them - and rightly so.

This is already evident from the large selection of the menu, which offers dishes from Japan, Thailand, China, Vietnam and even India.

In many cases such a load can create a lack of uniformity in food quality, but this is not the case here.

Despite these things, it was precisely the first two dishes that the friend who came with me to the restaurant and I ate less impressed us: the gyoza with chicken filling was completely standard, and the fanny puri (crispy dough shells stuffed with seaweed, avocado, purple onion in Thai cilantro chimichurri sauce) was indeed Crunchy, but too thick and therefore less successful.

Naturally, after the opening came the appetite - and from there we continued to sushi.

It's important for me to admit that I'm one of those people who does not like to eat fish, so for a moment I became vegan, and with the surprise roll I got, without fish as I requested, I was pleasantly surprised.

It was a pretty typical roll by the same friend, but lo and behold, I still enjoyed it.

He himself, by the way, ordered a roll with a regular surprise, and he got a pampering and crunchy dish with spicy tuna, which he had very tasty.

That fish-loving friend chose to go a little further with the sushi.

He opted for Smoke Dutch, which is an inside-out sushi dish with salmon tempura, avocado, chives and its fins coated in grilled salmon and smoked gouda.

According to him, the smoky taste was very strong and stood out in the dish, so fans of the genre will enjoy it very much.

He chose to finish with a sumo grill roll (which included salmon, avocado, cucumber, chives, canned salmon-coated hemp, spicy mayonnaise and sesame served in a “panko” bath) which was very greasy and spoiled.

I did not touch him because of my lack of affection for fish, and yet I felt that I should be banned only for the silence of looking at this corruption.

They both did the job in terms of taste, adding to us a little buzz that made us happy.

Although we were quite seventy and satisfied up to that point, we decided to bravely continue to the noodle and rice dishes.

We chose to open them with the curry marker with long-cooked beef.

This is a traditional Thai dish that includes some coconut, potato, green beans, buck choy and cashews alongside jasmine rice, and it was wow.

The combination of flavors between all the ingredients was excellent, and if this dish had a little more meat to enrich it even more, it would have become nothing short of dreamy.

It comes with egg noodles, colored peppers, leeks and green beans in a red curry sauce (which adds spiciness in the right measure) and coconut milk (in our case also with chicken).

Although this dish does not have many ingredients, it does not detract from it at all, and it is so delicious that it is simply impossible not to want to devour it all in an instant.

After all this meal, it was impossible not to end the evening with dessert - and because we were no small piglets, we took no less than three of these. The Lottie banana was a bit striped, as the chocolate in it was not really felt. The hail pudding was excellent - the croissant dough was stuffed with creme brulee and raisins and served alongside a scoop of vanilla ice cream and salted caramel, and it was sweet, soft and super fun. The third dessert, mango and white chocolate, that we took was the most successful: it was a kind of mango puree ball with white chocolate and butter crumble, and its taste was just as strong and dominant as it should be in this dish, and it was so mellow that we just melted with every bite.

Since "Transit" was established in 2012, it has managed to create a name for itself in the streets and the surrounding area - and it does so very rightly.

The biggest proof of this is that the restaurant is not damaged for a moment by the large selection of dishes on the menu, but on the contrary - it surpasses other restaurants precisely in that it manages to serve diners precise and delicious dishes that do not feel a little messy.

"Transit" shows that as long as you know what you're doing, and you're doing it well, everyone can enjoy it.

Worth the traffic jams: one of the best steaks in Israel - Walla! Food

The prophecy to Aharoni, the geniuses from Israel and the slander: Aviv Moshe has already gone through the great pressure - Walla! Food

Asian Aquarius: The Israeli who fed the Princess of Thailand has returned to Israel, and he has a dream - Walla! Food

Yaoza: Basement stairs and a secret code in the door lead to a surprising Asian in Tel Aviv - Walla! Food

The secrets of Neve Sha'anan: the Yarkaniya, the excellent Asian restaurant and an unforgettable cafe - Walla! culture 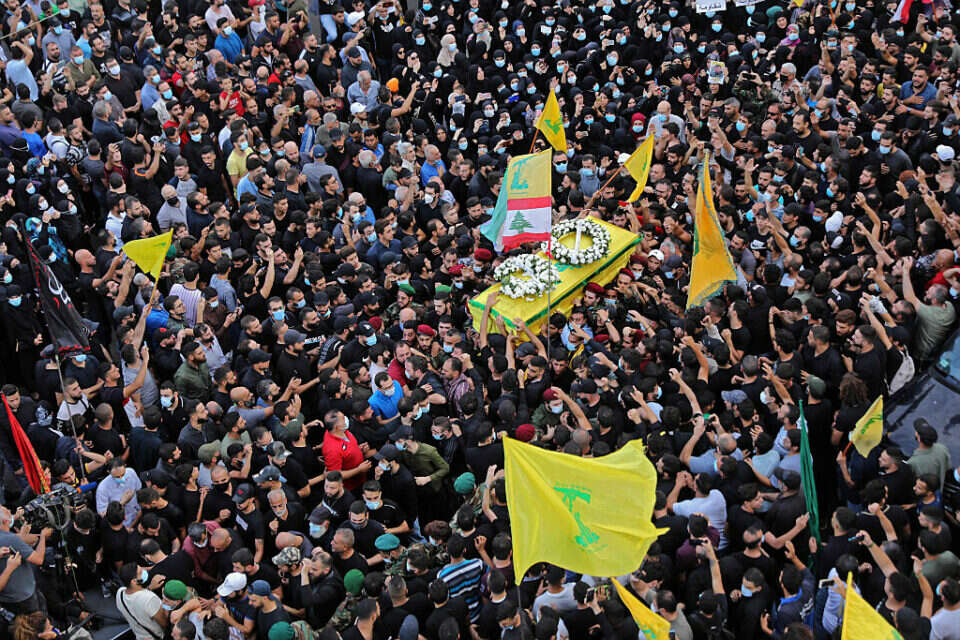 Opinion | Hezbollah is in trouble, but this will not divert its view from Israel Israel today

There is sushi, and of course foie gras: all the details about Aviv Moshe's new place - Walla! Food 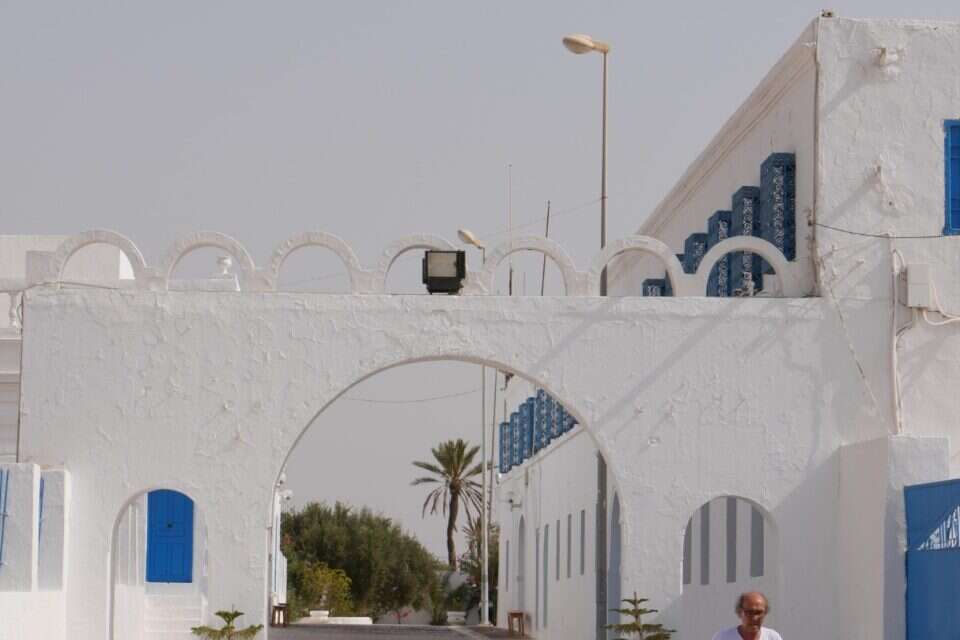