After the hard defeat in the PASO, Alberto Fernández sought to calm the mayors of the PJ while La Cámpora demanded changes in the Cabinet

Urged, the President told the communal heads of the Third Section that there will be announcements on Thursday. "I'm going to make the decisions that have to be made," he told them. Follow the tension. 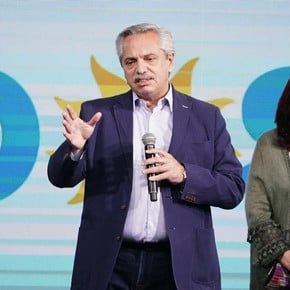 "I am going to make all the decisions that have to be made," stressed Alberto Fernández. Some of the

ten mayors of the third section

who listened to him understood that he was referring not only to the economic measures that he anticipated that he would announce before the weekend, but also that the President

hinted in that sentence that even before November he could advance in an oxygenation of his cabinet,

as they ask loudly from a sector of the coalition.

"I saw them better than I thought,"

, referring to the meeting that brought together, after Sunday's electoral debacle, the President with Sergio Massa, Máximo Kirchner, Eduardo "Wado" from Pedro and Santiago Cafiero.

It is that, 48 hours after the surprise defeat in a good part of the country and in the province of Buenos Aires, the

and accelerate measures remain at the top of the ranking of speculations .

This Monday, it transpired, the head of state spoke again with Cristina Kirchner, after the reserved meeting on Sunday in complex C once the defeat was a fact.

In the afternoon, the vice president had received her son and the Minister of the Interior in her office, a summit from which veiled criticism of the course of the economic program and Minister

, an exalted leader of La Cámpora, publicly requested changes in the last hours: "We are all expendable," he launched.

Since Sunday night, the versions about the future of the government flared up again.

"It is already settled: until the November elections, nothing," they

insisted this Monday from the presidential environment.

In this context, the mayors of the third section, the historical epicenter of the Peronist votes in Buenos Aires territory,

Prices and consumption are concerned.

It is essential to attack the problem, they emphasize, to discount the opposition in November: "We need between 5 and 6 more points," they say.

Urged, the head of state promised greater speed and announced that this Thursday he will formalize measures that should be spilled in the sectors most affected by the crisis.

Cafiero and Massa worked during the afternoon, on this and other issues, on the first floor of Casa Rosada.

With the presence of the ministers Jorge Ferraresi, Matías Kulfas -the most targeted along with Guzmán- and Gabriel Katopodis;

one of them said to this newspaper.

There is a collective feeling that the first part of the campaign was not worked as hard as other times.

Why, there are explanations for all tastes.

In the midst of internal mistrust, the Government will seek to fully anchor the discourse in the economic agenda in the face of the general elections, and will try to "accelerate" the programs that had no electoral impact and that no important official dedicated himself to explaining in these months.

One of the diners asked, in that line,

An old claim from the most critical sector of the coalition.

The return of the President to the suburbs, in one of the districts in which the front did triumph on Sunday, is also embodied in the concern of some around the mayors who, in November, want to abuse the ballot cut to save their clothes .

"No one is thinking only of the deliberative councils," one of the communal chiefs excused himself.

"We want to strengthen," he

Fernández, who this Friday plans to fly on a lightning trip to Mexico to assume the presidency of CELAC, would visit the mayors of the first electoral section in the coming weeks, where Kirchnerism did lose the primaries.

Another one of the Sunday news that was not in anyone's plans.

But the economy was not the only issue of concern at lunch: the need was also raised to cut through with the differences indoors around security, one of the issues of greatest concern for Buenos Aires residents.

There were no proper names, but they referred to the public dispute between

that contributes to the "feeling of insecurity" that Aníbal Fernández once mentioned.

The President explained that he would seek a solution that until now he has not found.

, meanwhile, could not give his opinion: he warned in advance that he would not be from the game, according to his surroundings, due to a "personal issue that cannot be postponed."

He sent Agustín Simone, his Minister of Infrastructure.

He was lucky: just as they demand a change of team from Fernández, the mayors ask for the same rod for the Buenos Aires governor.

They do not feel represented.

Alberto Fernández after the PASO coup: the resistance of an overwhelmed president

Cristina Kirchner's rage at the bunker meeting with Alberto Fernández 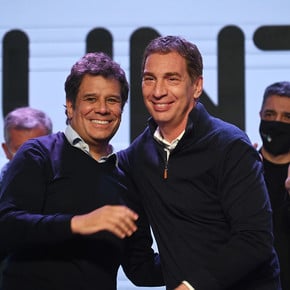 Alfredo Cornejo: 'The new Cabinet was set up by Cristina, she is the marshal of defeat' 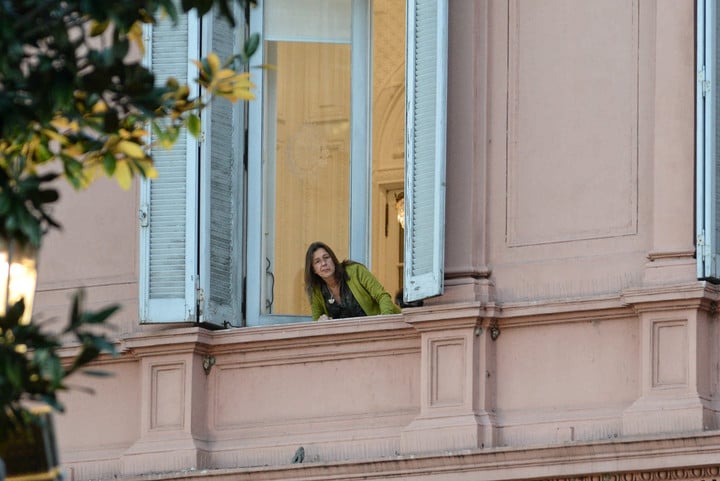 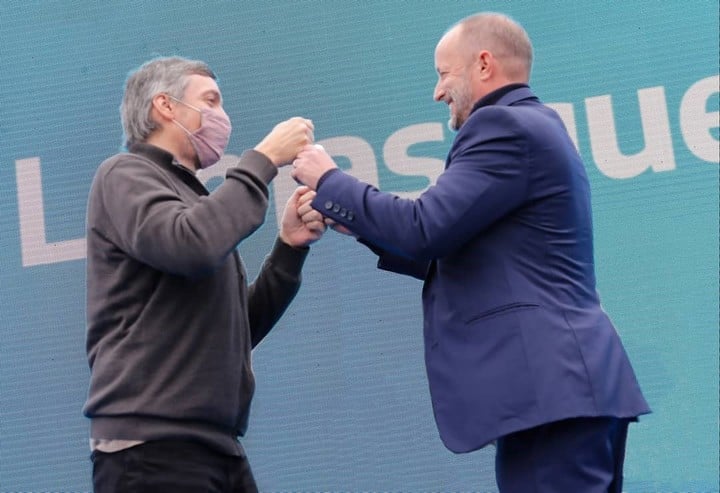 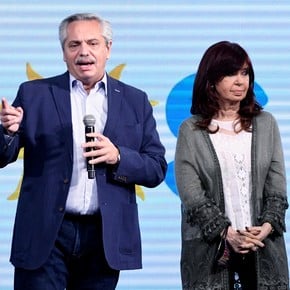 Insults, shouts and betrayals: the secret history of the crisis between Alberto Fernández and Cristina Kirchner 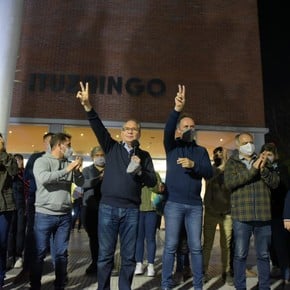 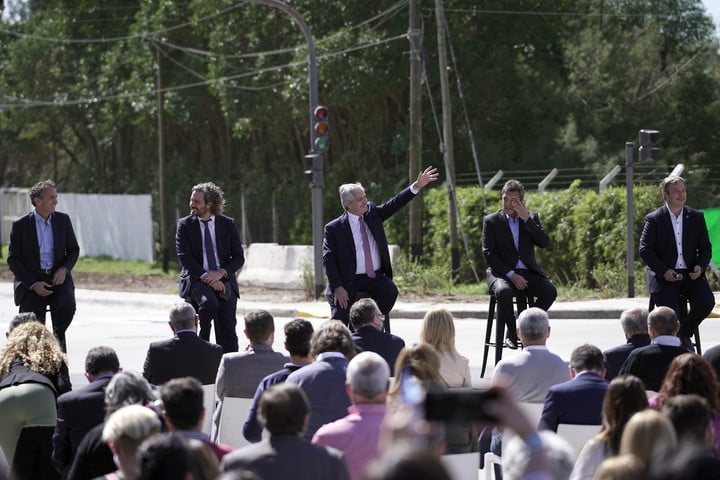 Alberto Fernández, at the epicenter of the defeat: he returned to the Conurbano, had lunch with mayors and plans measures 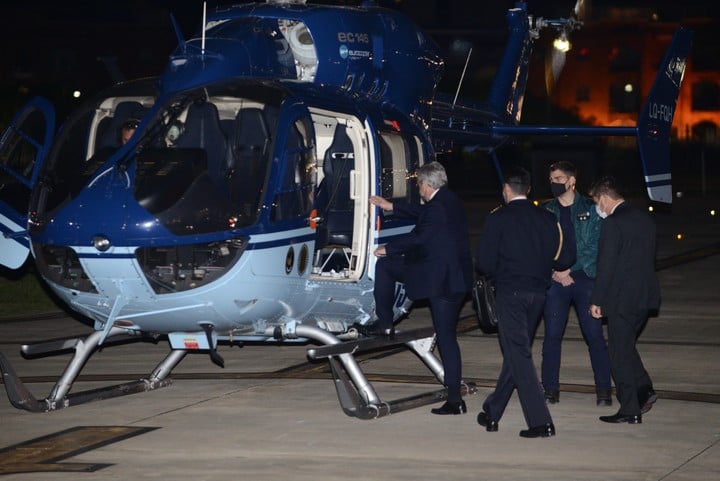 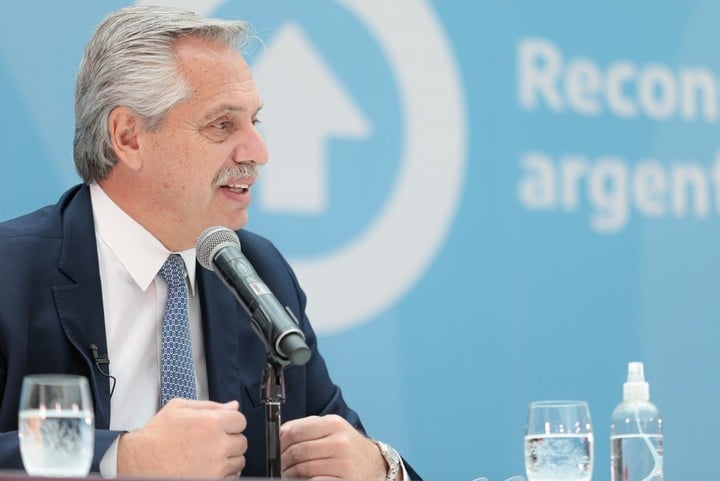