Four years after leaving politics surrounded by the Lezo, Gürtel and Púnica scandals, the former president shakes the PP by supporting Ayuso to preside over the party in Madrid, where he continues to be a benchmark despite everything

On Monday, Isabel Diaz Ayuso receives a poisoned gift in the middle of the war to control the PP in Madrid. Esperanza Aguirre leaves the sets, where she has sung in disguise in

and has cooked in

, to make an announcement: she supports Ayuso presiding over the party, and criticizes that the national leadership ("niñatos", "chiquilicuatres", says in

) delay until 2022 the corresponding congress. His intervention gives arguments to both sides. On the one hand, Ayuso evokes the absolute majorities that Aguirre achieved with the party and the government under his command. On the other, the national leadership recalls that in that stage of omnimous power the corrupt plots of

An example that the present PP is haunted by the ghost of the past PP.

And, above all, that Aguirre continues to be a benchmark for the party, despite everything.

Ayuso and Aguirre, such for which

"When the parliamentary group, the government and the party have worked in unison, they have reaped the successes that we all remember, for example from the Esperanza Aguirre stage," says Díaz Ayuso to justify his commitment to merging organic and institutional power.

"What destroyed the PP in Madrid was corruption, and it is something that we are never going to allow," replies Aguirre Teodoro García Egea, the national secretary general of the PP, and, probably, the politician who views the rise with more suspicion in popularity and power of the president of the Community of Madrid.

Aguirre's intervention leaves no one indifferent.

The three main protagonists of the tense dispute for power in the PP of Madrid (Pablo Casado, Isabel Díaz Ayuso and José Luis Martínez-Almeida) have a common name: that of Aguirre.

They all started in politics in the PP in Madrid, they all agreed with the now former president at that stage and she gave them a decisive boost.

Hence, Aguirre still influences the day-to-day of the party, and that his voice can still mobilize votes, dazzling some and annoying others.

As Martínez-Almeida himself said: “Esperanza Aguirre must always be listened to carefully”.

For this reason, the entrance on the scene of the former regional president worries the national leadership of the PP, which sees how something happens every day that prevents public attention from focusing on the national convention with which it intended to relaunch Casado. It is a palpable reminder that the Madrid party can become a formidable platform to exercise internal opposition, defending its own agenda and not necessarily coordinated with that of the national leader. Just what Mariano Rajoy suffered with Aguirre. In parallel, Aguirre's intervention also feeds Ayuso's rivals, who have sought their place since the PP's triumph in the 4-M elections.

"In the PP there is a carajal", ironizes this Tuesday Mónica García, the leader of Más Madrid.

“We have a general secretary [García-Egea] who speaks from a headquarters paid with money b, and who has accused former President Aguirre, godmother of Mr. Casado and Mrs. Ayuso, of corruption, while Mrs. Ayuso boasts of Aguirre ”, continues.

"Mr. García-Egea says that he does not want a model of corruption, that of Aguirre's PP, which at the same time is the PP that Díaz Ayuso inherits," he adds.

And he ends: "We are tired of the Punic wars."

We appreciate the statements of Teodoro García-Egea, acknowledging the corruption of the PP, which we find very significant, and we urge the Government to communicate to us what measures they have adopted to end corruption

"We appreciate the statements of Teodoro García-Egea, recognizing the corruption of the PP, which we think is very significant, and we urge the Government to inform us what measures they have adopted to end corruption," agrees Hana Jalloul, the PSOE spokesperson.

The heritage of Aguirre, promoter of the modernization of Madrid, with its hundreds of kilometers of metro and its large infrastructures, is heavy. Like herself, more than half of the advisers she had in her governments (2003-2012) are or have been indicted in corruption cases. His two main collaborators, Francisco Granados, and Ignacio González, have made headlines about the corrupt plots being investigated in the Púnica, Gürtel or Lezo operations. And his stage at the helm of the region, founded on the

, was characterized by the colonization of the institutions, which remained at the service of the PP, and by the confusion between the interests of the party and the Government.

How much is the PP today similar to the one that Aguirre dominated? The party is in full transformation. There are hardly any traces of Cristina Cifuentes and her associates, displaced since 2018, when the

. First, because power is the best glue in a game, and Díaz Ayuso has it. Second, because there are regional and municipal elections in less than two years, and all applicants to go on the lists want to stand out in supporting who can place them in the starting position. And third, because there is no one more Ayusista than Aguirre herself.

You just have to read the dedication that the ex-leader signed in her book to the new baroness: “To the best president that Madrid has had in all its history.

With all my love and gratitude for your support and help ”.

Ayuso, on the war for the PP in Madrid: "We have someone who wins elections ... but we are going to march" 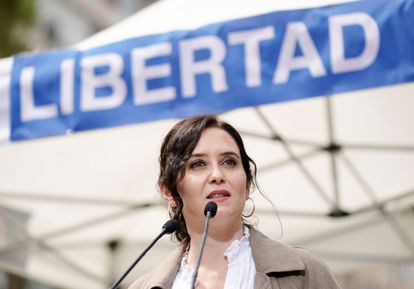 Neither Aznar, Rajoy, Aguirre or barons of the PP: only Ayuso 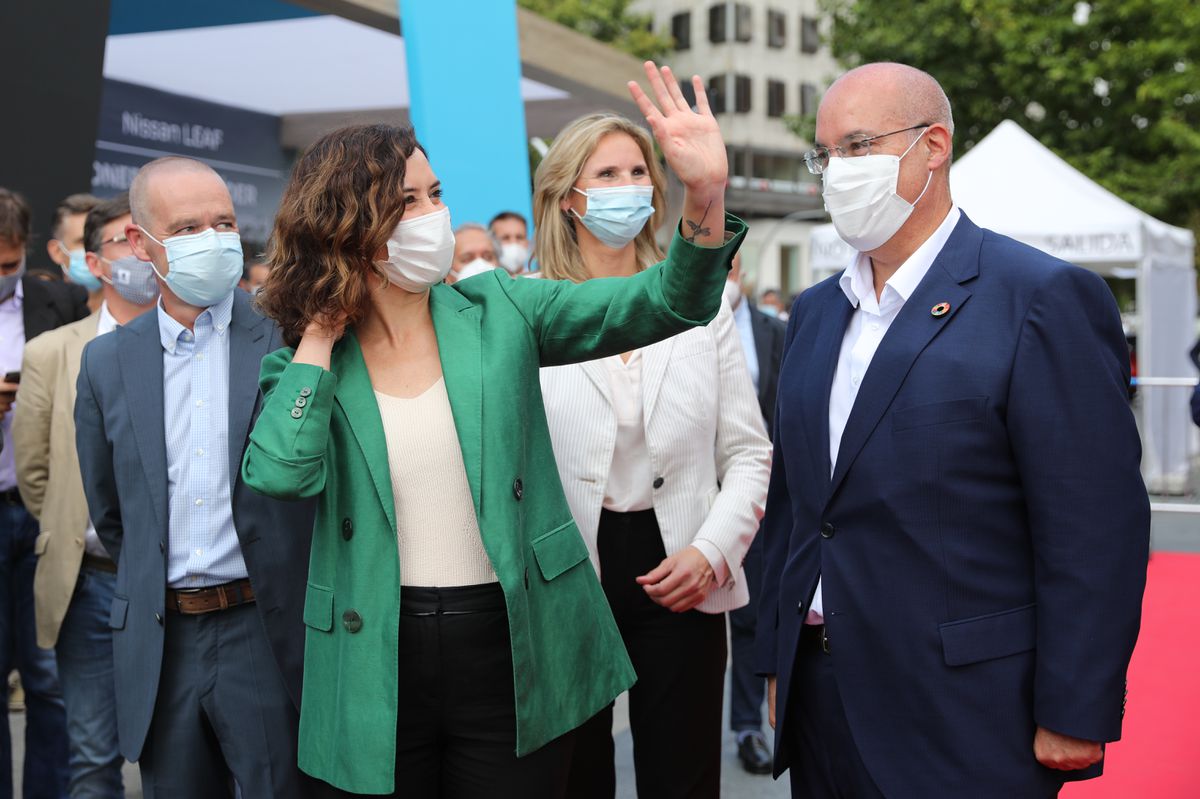 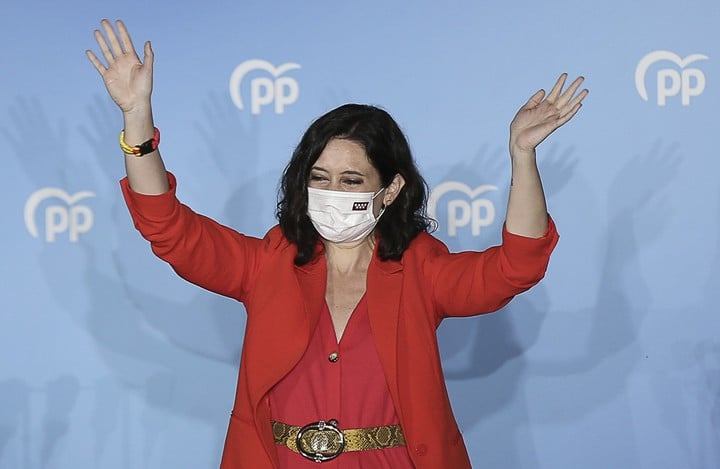 Ayuso in front of Almeida: in the PP of Madrid war drums sound 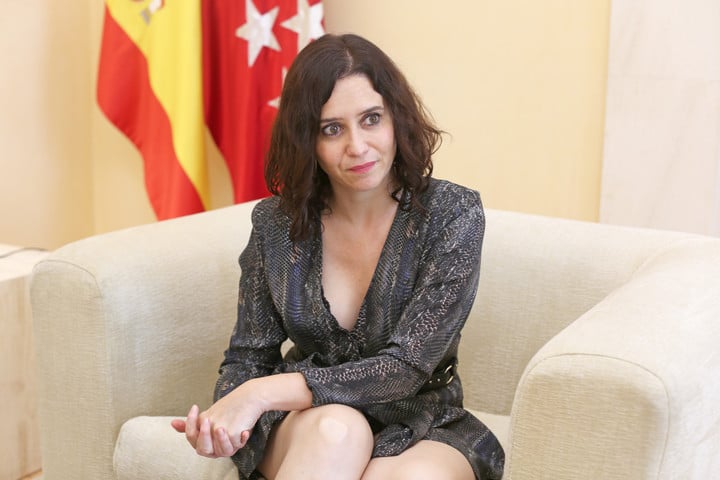 Isabel Díaz Ayuso, president of the Community of Madrid: 'Excessive confinements are always a failure'