Spain: resumption of negotiations between Madrid and Catalan separatists

The prospects for an agreement are minimal as the positions of the government and the regional executive of the moderate separatist Pere Aragonès are opposed. 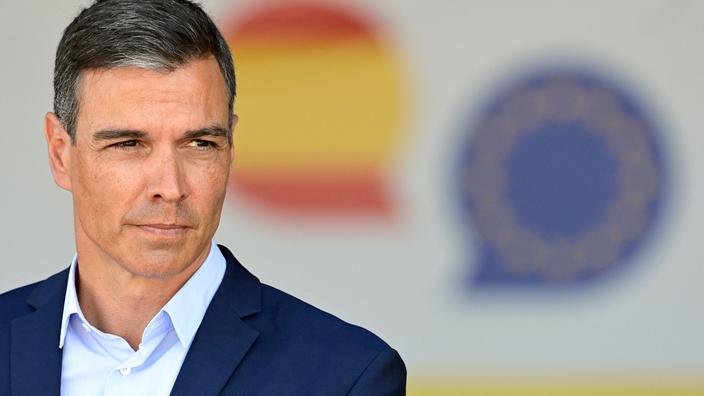 Suspended for a year and a half, negotiations between Madrid and the Catalan separatists resume Wednesday, September 15, in an attempt to find a solution to the crisis in this region shaken in 2017 by an attempted secession.

After leaving doubt, Prime Minister Pedro Sanchez confirmed Monday evening that he would make the trip in person to Barcelona for these talks.

"I have always defended dialogue

, the need to open a new chapter"

in Catalonia, said the socialist leader, who has made appeasement in this region one of his main priorities since. coming to power in 2018.

But the prospects for an agreement are minimal as the positions of the government and the regional executive of the moderate separatist Pere Aragonès are opposed.

Pedro Sanchez thus swept away again the main demands of the separatists: an agreement on the organization of a self-determination referendum.

"If we are facing hard-line demands, it is clear that the discussion will not last long,"

"is contrary to the Constitution"

The Prime Minister is only in favor of a vote of the Catalans on the granting of new powers to the region, which already has its own police in particular.

The attempted secession, in October 2017, of this region in the northeast of the country, populated by 7.8 million inhabitants, was one of the worst crises experienced by Spain since the end of the Franco dictatorship in 1975. Despite the ban on justice, the regional government of Carles Puigdemont had organized a self-determination referendum, punctuated by police violence and followed, a few weeks later, by a stillborn declaration of independence. The Spanish government, then led by the conservatives, reacted by putting the region under trusteeship and arresting the main leaders of the movement who had not fled abroad like Carles Puigdemont. Sentenced for nine of them to prison in 2019, they were pardoned in June by the Sanchez government.

The establishment of these negotiations was obtained by the ERC (Gauche Républicaine de Catalunya) party led by Pere Aragonès in exchange for its support for Pedro Sanchez's return to power in early 2020. But only one meeting was held in February 2020. before the discussions were frozen due to the pandemic and the political context in the region at the head of which Pere Aragonès succeeded the radical independentist Quim Torra last May.

Since the election of Pere Aragonès, relations between Madrid and Barcelona have calmed down, allowing the resumption of negotiations and an agreement on a controversial project to expand Barcelona airport.

Read also In Spain, the meteoric emergence of marijuana

But they have just been revived by the decision of the central government to suspend this project last week, due to a

in the separatist regional government, plagued by tensions between ERC and Ensemble pour la Catalogne (JxC ), the formation of Carles Puigdemont. The resumption of this dialogue is very frowned upon by JxC and the supporters of a hard line within the independence movement. The formation of Carles Puigdemont has also triggered a crisis by deciding Tuesday to boycott the talks where it wanted to go only if it could be represented by two former leaders pardoned when only members of the regional government can attend. 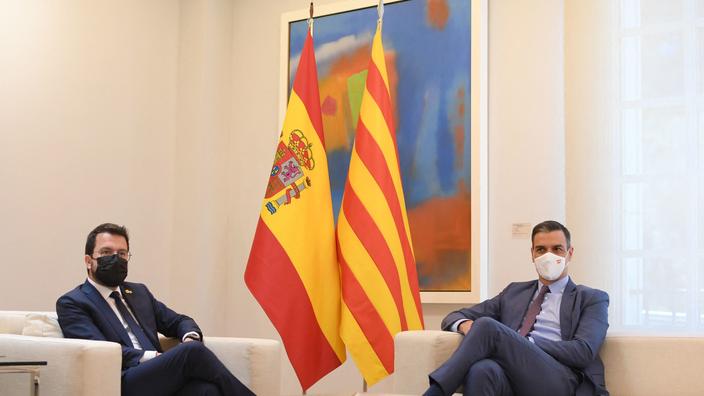 Crisis in Catalonia: resumption of dialogue with Madrid at the end of September

Spain: resumption of negotiations between Madrid and Catalan separatists 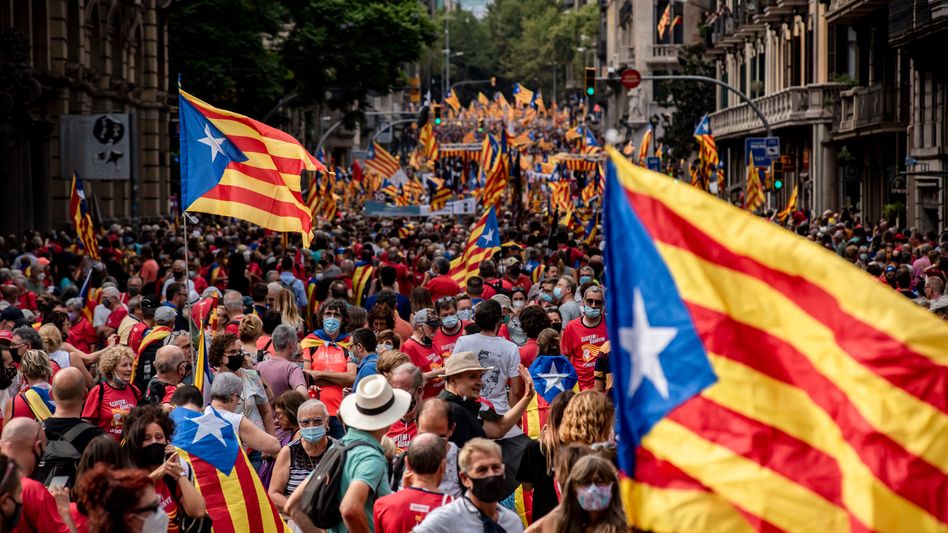 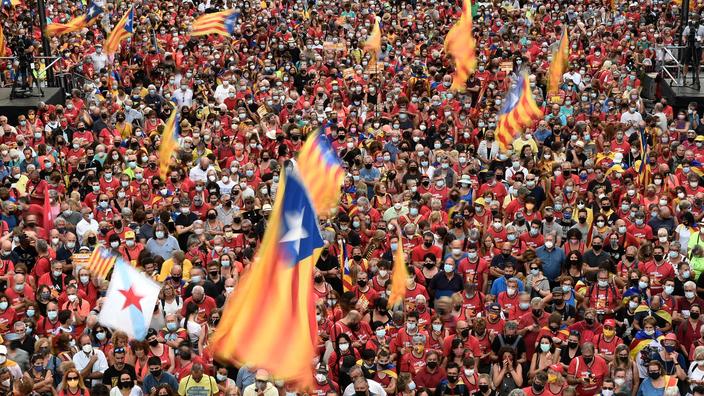 Catalan separatists in the street before negotiations with Madrid Russia: Allegations that we have given refuge to advocates of Catalan secession from Spain are false 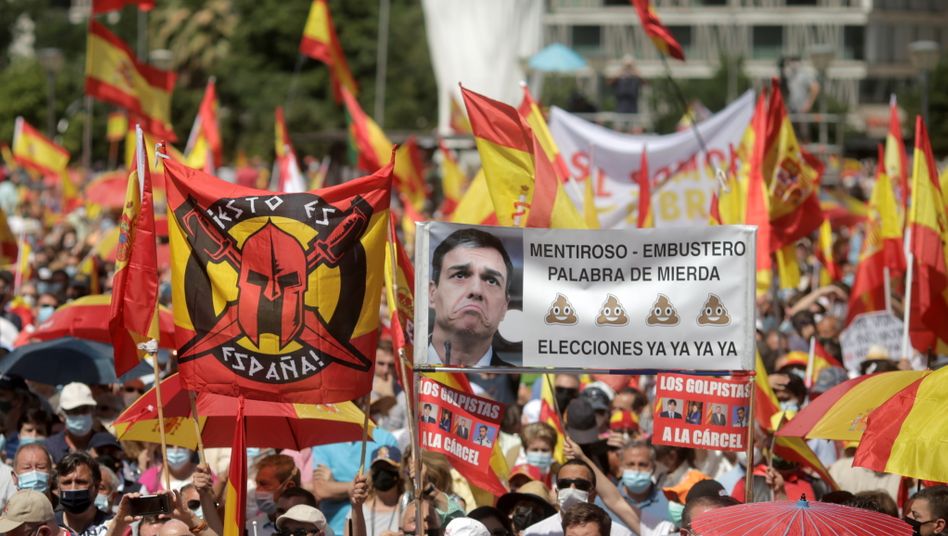 Planned pardon: Tens of thousands demonstrate in Madrid against separatists 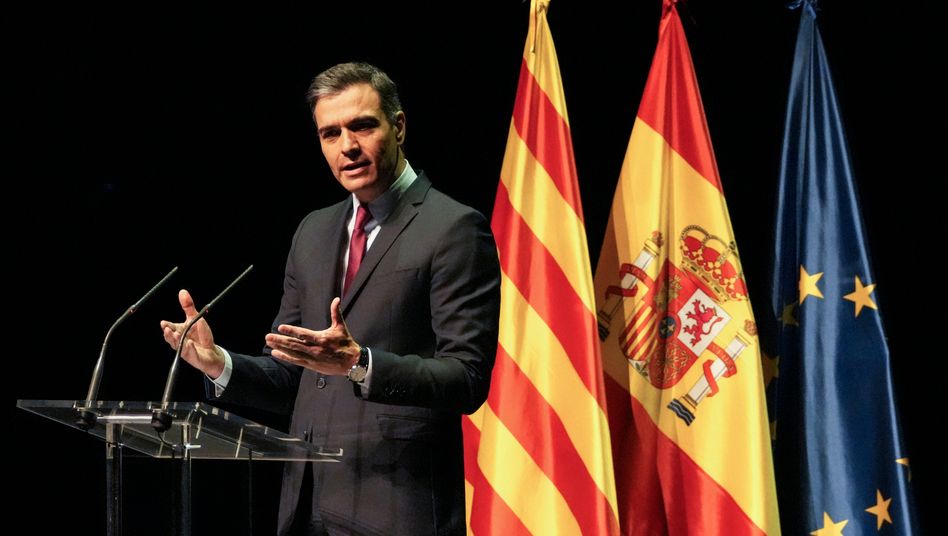