Survey shows: With Söder as candidate for chancellor, the Union would now have completely different concerns

Laschet and Söder are currently demonstrating a lot of unity to the outside world. A survey now reveals how the Union would stand with the CSU boss as a candidate for chancellor. 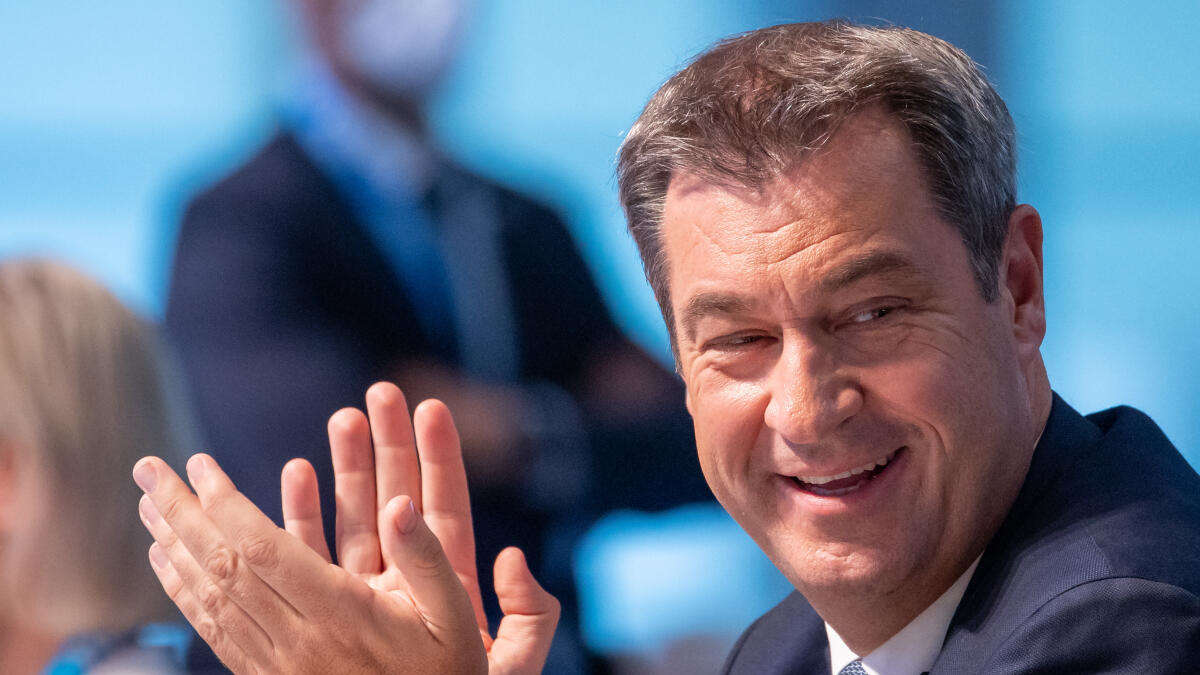 Laschet and Söder are currently demonstrating a lot of unity to the outside world.

A survey now reveals how the Union would stand with the CSU boss as a candidate for chancellor.

Berlin - There is already speculation that in the end Markus Söder could become Chancellor through the back door.

Because the polls spoke for him from the start - and they still do.

, the Union could currently count on him as candidate for chancellor with 37 percent of the votes.

It's a purely theoretical scenario.

But that would be almost five percentage points more than in 2017 and significantly more than many surveys currently see for the Union.

Around two weeks before the general election: Union would be better off with Söder in favor of the voters

According to the poll, which was published on September 10th, the CDU / CSU would clearly become the strongest force.

However, the survey does not provide an exact comparison value for the Union with Armin Laschet.

Because Civey had asked: "Which party would you vote if Markus Söder were the top candidate of the CDU / CSU?" In other so-called Sunday questions in which Laschet plays a role, the Union is currently between 19 and 25 percent.

Survey: Union with Söder instead of Laschet strongest force?

FDP would lose a particularly large number of votes

In the real constellation with Laschet as the Union candidate for chancellor, the SPD is currently ahead in surveys.

With Söder in the running, however, according to Civey, the Social Democrats only come in at 19 percent.

The Greens around Annalena Baerbock would come to 17 percent similar to the latest surveys.

Apparently the FDP would have to cope with a major crash if Söder were to compete.

Instead of double-digit values, the Liberals even drop to six percent.

The left would have to tremble similarly about entering the Bundestag.

It would come to five percent if Söder were available as a candidate for chancellor.

The AfD would probably be nine percent.

In other polls in which Laschet is present, the party is eleven or twelve percent.

Notes on the survey

into account the answers of 5004 participants from Germany for the survey between 9 and 10 September. According to the source, the votes are weighted according to a scientific method according to the composition of the German population. Surveys are snapshots that are subject to fluctuations and uncertainties. The statistical error is 2.5 percent. In principle, election surveys only reflect the opinion at the time of the survey and are not a prognosis for the outcome of the election.

The survey is grist for those who still struggle with Laschet.

In April 2021, the two party leaders fought a tough battle for the position of candidate for chancellor.

At the CSU party congress, because of the currently poor poll numbers, it was eagerly awaited how Laschet will be received.

He was combative in his speech, handed out a lot against the competition and received standing ovations and cheers from Nuremberg.

Söder vs. Laschet: Shortly before the general election, the party leaders are trying to demonstrate unity

A change in the candidate for chancellor is dismissed in the Union.

Theoretically, however, it would be possible, the Basic Law does not recognize this position.

In the end, the Bundestag decides who will be elected as the new Chancellor with a majority.

"Understanding politics more like the Mafia": Söder triggers a wave of indignation with Bayern sentence 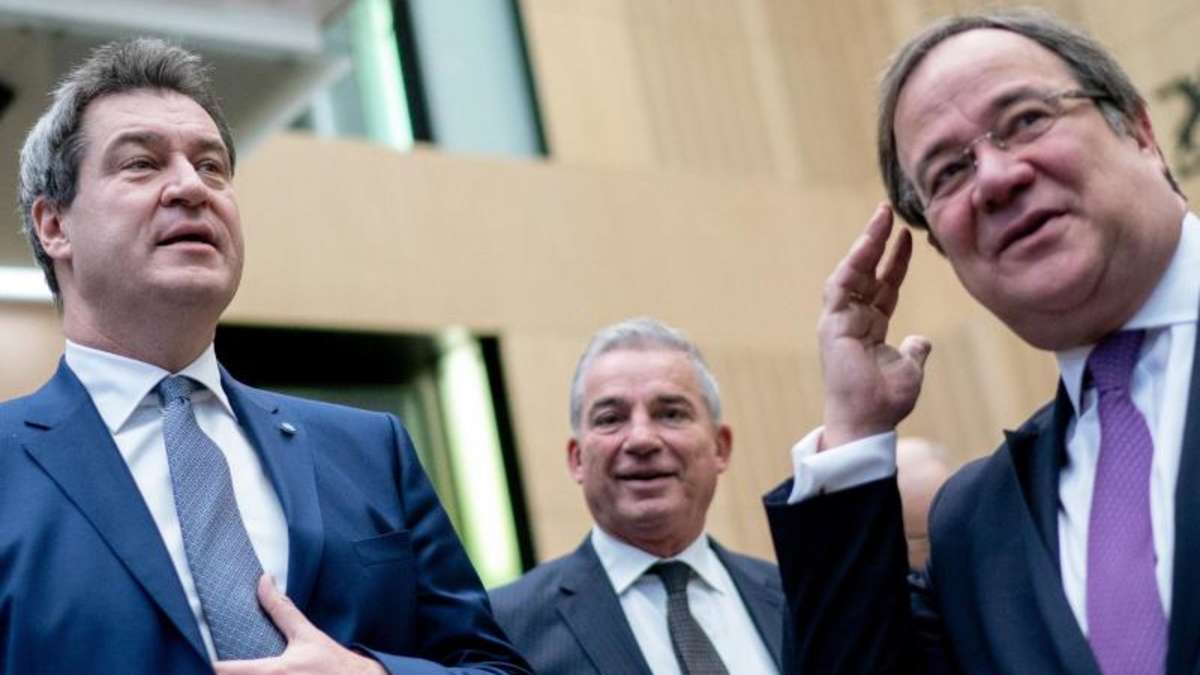