Olaf Scholz can continue to increase his popularity ratings before the federal election. The SPD candidate for chancellor even overtook Markus Söder in the politician ranking. 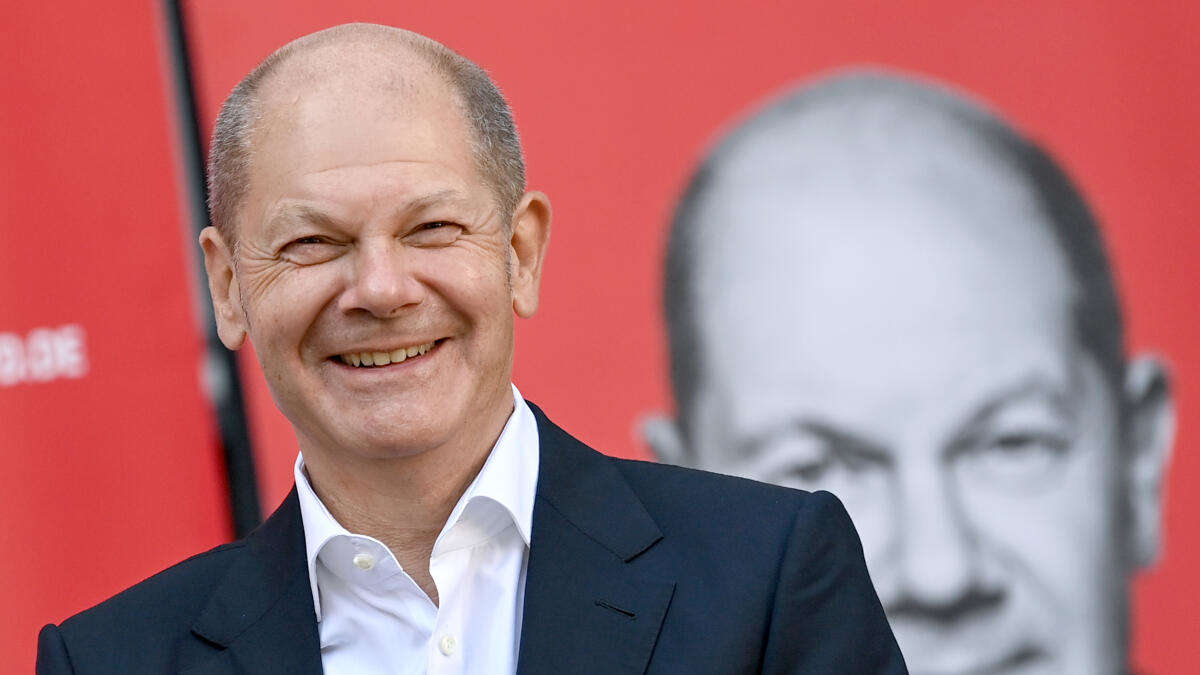 Olaf Scholz can continue to increase his popularity ratings before the federal election.

The SPD candidate for chancellor even overtook Markus Söder in the politician ranking.

Berlin - The federal election in 2021 is just around the corner.

In less than two weeks, the citizens of the Federal Republic will be called upon to vote for a new Bundestag at the ballot box.

According to current polls, it looks as if the SPD could actually maintain its lead over the Union until election day.

A merit that the Social Democrats also owe their Chancellor candidate Olaf Scholz, who led the party out of the polls with almost stoic calm.

The finance minister was also able to convince in the second of three TV trialles last Sunday and was seen by the majority of viewers as the winner of the competition in a quick poll.

A picture that is also confirmed in the RTL and ntv trend barometer, which was collected by the polling institute Forsa and published on Tuesday. In this case, the respondents were asked to indicate with which politician they would see the country “in good hands”. For this purpose, the test persons should give a value between 0 (“is not in good hands at all”) and 100 (“is completely in good hands”).

In this ranking, Olaf Scholz was able to improve again.

The SPD candidate for chancellor achieved an approval rating of 54 and thus improved by three points compared to the previous survey.

With this improvement, Scholz also managed to overtake Bavarian Prime Minister Markus Söder, who is unchanged at 53.

An interesting observation also because a survey was recently published on the assumption that Söder would have prevailed against Laschet as the Union's candidate for chancellor.

The Union ended up well ahead of the SPD.

Scholz and Söder are only exceeded in the politician ranking by Chancellor Angela Merkel, who remains unchanged at 65 points.

CDU boss and candidate for chancellor Armin Laschet (30 (+1)) can improve slightly, but only reaches tenth place and thus clearly behind his competitors in the fight for the chancellery and behind CSU boss Söder.

The citizens have just under one and a half weeks until the federal elections on September 26th to consolidate their voting decisions.

The Chancellor candidates from the Union, SPD and Greens will also have the chance to exchange blows in a third TV triall.

This will be broadcast on September 19 by ProSieben, Sat.1.

and transmit cable one.