Minister of Electricity: An attack on the gas line feeding Deir Ali station.. Electricity will gradually return within an hour to Damascus and the rest of the regions The Minister of Electricity, Engineer Ghassan Al-Zamil, said that electricity will be restored to Damascus within an hour and to the rest of the areas gradually, after the Deir Ali power station went out of service as a result of an attack on the gas line feeding the station.

Al-Zamil added, in a call with Al-Souria channel this evening: “There was a significant direct drop in gas pressure, which led to the exit of the Deir Ali power plant, which feeds more than 50 percent of the load as a result of an attack on the gas line,” noting that his details were not yet known.

The Ministry of Electricity said in a statement that the Deir Ali generating station went out of service as a result of a drop in gas pressure as a result of an attack on the gas line feeding the station, which led to a decrease in frequency and the generation stations, successively, being out of service and a general disconnection of the electrical network, noting that a generating station is currently being taken off. Al-Zara, the Baniyas station will take off immediately, and the Jandar and Nasiriyah power stations will be operated.

The ministry indicated that the Deir Ali power station will not return to service now as a result of the attack on the gas line and will be replaced by the Jandar and Nasiriyah gas stations until the damages of the attack are repaired by the workshops that immediately went to the place.

The ministry pointed out that the estimated time for things to return to what it was before is an hour, and the electricity will return to all governorates, successively.

Minister of Electricity: An attack on the gas line feeding Deir Ali station.. Electricity will gradually return within an hour to Damascus and the rest of the regions 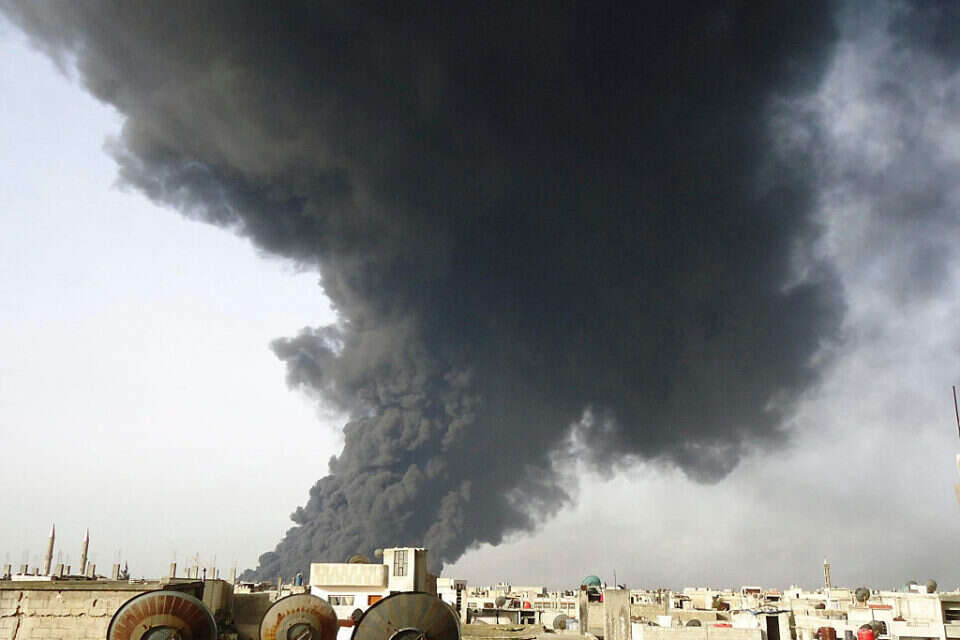 More than 12 billion Syrian pounds, the estimated cost of rehabilitating the electricity line linking Jordan with Lebanon through Syria Minister of Electricity: Work resumed at Tishreen and Deir Ali thermal stations after they were out of service as a result of an emergency malfunction Deir Ezzor Water.. Rehabilitation of 67 water stations and returning them to service since 2017