Opinion | Do Not Count the Dead: Bennett and Horowitz Choose to Ignore Corona Victims | Israel today

Instead of declaring war on the plague - the "healing government" declared war on quarantine and restrictions • While the bodies were piled in the morgues, the education minister preferred to be photographed with children to pretend the school year had opened properly, reflecting the mindset that took over the entire government. More than a thousand die in the fourth wave, horrific contempt for human life and moral bankruptcy • Interpretation 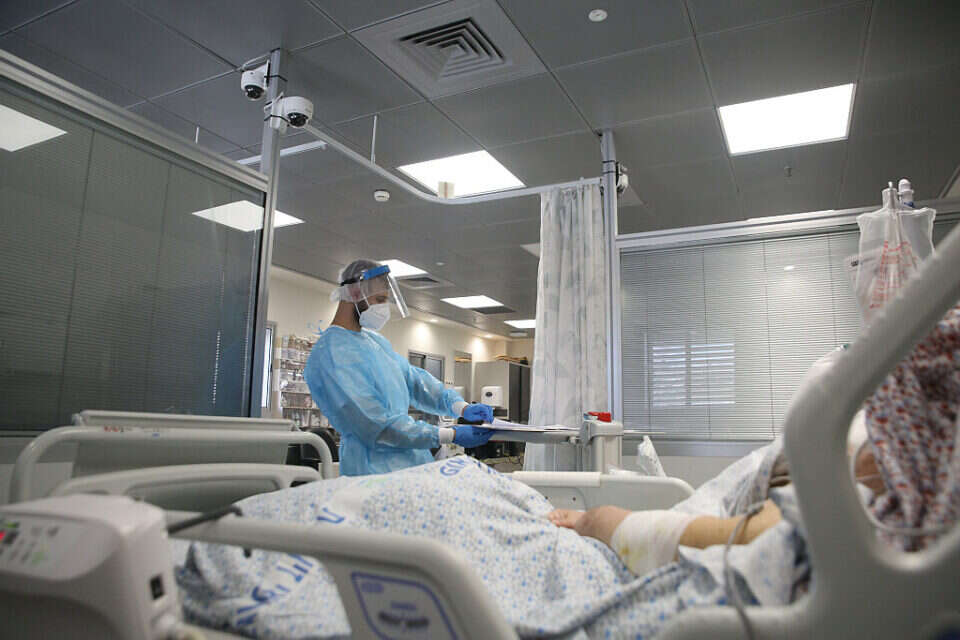 In stark contrast to the false promises, lies and denials of the heads of the Ministry of Health, senior government officials and the Corona Cabinet, the fourth wave of the Corona erupts at a shocking and tragic peak, hitting Israelis very hard and deadly: more than a thousand corona deaths (30-20 people a day), hundreds of seriously ill Endangered in hospitals and dozens of new ones daily, about 10,000 and more verified daily, and hundreds of corona-stricken localities, defined as red, orange and yellow.

These difficult and destructive data are also reflected in international comparisons by population size.

In these one can see how in the three months of the healing and change government, Israel has become from the most vaccinated country in the world - with very impressive achievements on a global scale in the fight against the plague - to a country where morbidity spreads and mortality increases in the world.

According to the OECD, in mid-June, Israel was one of the lowest in the world in the number of new nationals corona (relative to population size), four per day;

And now, with about 10,000 verified a day, it is the highest in the world - even before Britain and the United States. And now Israel is at the dubious, cruel and unforgivable top of daily mortality by population size.

The corona in numbers,

Israel's dire situation in recent months is not surprising.

It conforms almost verbatim to unequivocal predictions and warnings, backed by research data and global and Israeli experience since the outbreak of plague, by most senior health officials - except doctors, executives and scientists who repeatedly pretend to understand the corona, specializing in rhetoric, lies and what the With whom they were interviewed expecting from them.

Well, since the formation of the current government, those senior health officials have repeatedly warned Prime Minister Naftali Bennett, and all cabinet ministers and the Corona Cabinet, that in order to reduce the spread of the epidemic - and not to reach a closure - significant restrictions must be imposed, including full green and purple And serious enforcement.

Almost none of this happened, however, and all that was done was too little, too meager, too partial, too late, and quite perforated.

Great weakness in leading the plague

The government, including Health Minister Nitzan Horowitz and its leader Bennett, continues to deny the dangers of the corona.

Perhaps because the government and its head identified all the corona restrictions - even if most of them were necessary and were sometimes imposed even too late - as identified with the Netanyahu governments in the year and a half of the plague, and they wanted to avoid imposing them at all costs.

Now the price is more than a thousand Israelis who died of corona in the fourth wave, and the death toll does not stop.

From government debates and ministerial statements, a very bad spirit of contempt for the dangers of the corona and the severity of the plague continues to blow, and an immoral - also unforgivable - spirit of utter disregard by Finance Minister Avigdor Lieberman for the economic damage to livelihoods and income of hundreds of thousands of Israelis. This has been imposed, and whose economic and social consequences are only just beginning to emerge.

One of the main problems of the government is also Minister Horowitz, who at least outwardly has not given strong enough public backing to his ministry officials, and shows great weakness in leading the fight against the plague.

Horowitz's motto is that he wants to avoid a closure at all costs, but although the dead can now be counted - he has so far shown not even a shred of leadership in bringing the government to take urgent restrictions that would reduce the chance of needing a closure, and he shows great and unforgivable weakness in leading Israel to the fourth wave. The deadly.

The dead are not counted

In fact, Horowitz, Bennett and the entire government replaced the Corona struggle with a quarantine struggle, and were willing to do anything but everything, even if it was at the expense of our health and lives, so that they could declare with a shout of victory that Israel did not quarantine on holidays.

Closure is a very ancient health, vital and necessary means in human history, to reduce the spread of deadly epidemics.

The closure itself has many and severe economic, social, mental and educational effects, but the government has been repeatedly warned that in order to succeed in avoiding closure it must impose, without any delay, other significant restrictions, such as crowd restrictions and a green label.

Some experts have demanded that the start of the school year be postponed until after the holidays, in order to reduce morbidity and mortality.

But again, corona deniers in government have managed to wave them off as well - no matter what the price we all pay in patients and other deaths, and in the isolation of hundreds of thousands of students, parents and teachers.

The main thing is that the Minister of Education, Dr. Yifat Shasha Bitton, will be able to announce the start of the school year on September 1.

Not only were the Minister of Health and the Prime Minister willing to fight the closure at all costs - and whatever the number of victims - they are also, horribly immoral, hardly daring to mention the dead from the corona in their statements and speeches. July Edelstein, who in their weakness have completely lost their professional and public integrity, and continue to back the government's destructive and deadly health policies.In fact, they not only brought about such high numbers of the dead - they also do not count them.

Opinion | Do Not Count the Dead: Bennett and Horowitz Choose to Ignore Corona Victims | Israel today 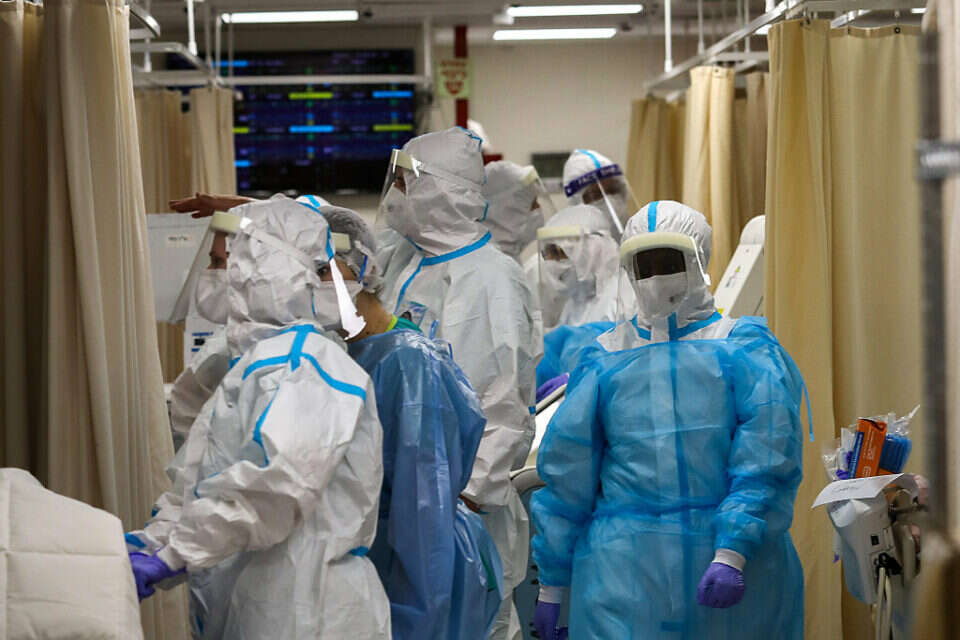 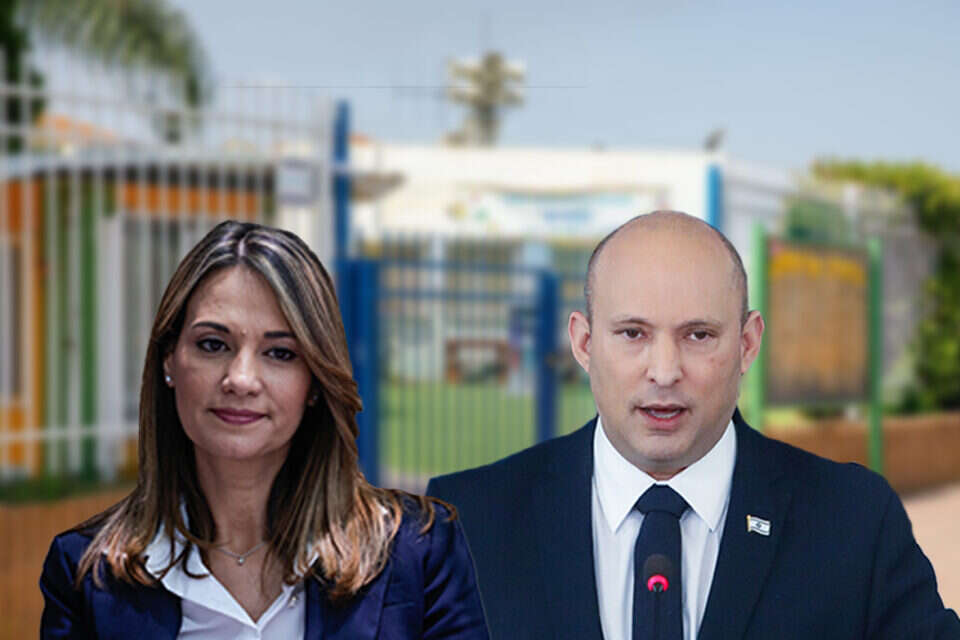 Opinion | Politics over health: We have learned nothing from the failures of the fight against the epidemic Israel today

Horowitz on the briefings against Elrai-Price: wrongdoing, backs her and the Ministry of Health - Walla! news

Mutual accusations, media briefings and unacceptable recommendations: The confrontation between Bennett and the Ministry of Health - Walla! news

The government has gone into a coma Israel today