The director composes a forceful and sober drama about Maixabel Lasa's meeting with the ETA members who murdered her husband. An exercise in memory, dialogue and coexistence starring Blanca Portillo and Luis Tosar 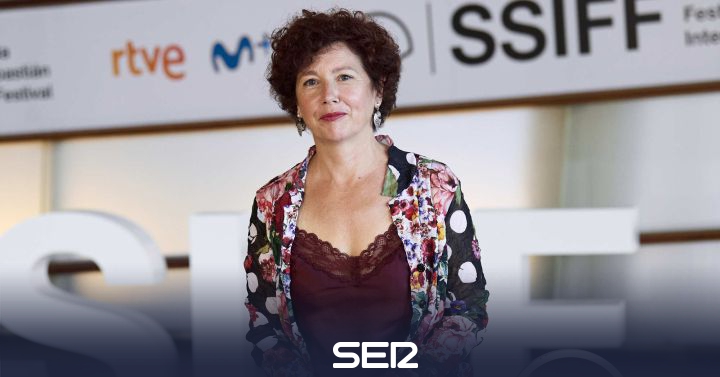 In 2000 ETA assassinated the socialist politician Juan Mari Jáuregui. Two shots to the back of the neck while having a drink with a friend in Tolosa. Eleven years later, his widow, Maixabel Lasa, agreed to meet with two of the three terrorists who participated in the attack. The path to that encounter, which took place by individual will and in privacy, now resonates on the screen as a collective victory towards coexistence. Icíar Bollaín directs this sober and forceful drama, presented in competition at the San Sebastián Festival, which vindicates the word and listens to it. Dialogue as a healing path between a woman who decided to have her own voice as a victim and an ETA member who dared to break with violence. Blanca Portillo and Luis Tosar offer an interpretive recital in a moving film -with title,

- who has received a standing ovation at the pageant.

What is the first thing you think of when this material comes to you, a true story, so ethical and at the same time so sensitive and delicate?

It was a story that I had read a few years ago in El País, some interviews they had done about the victims of these encounters. They shocked me a lot, it gave me a lot to think, what to feel, the idea that the victims wanted to sit in front of the people who had probably done the most damage in their lives shocked me a lot. And what path had these people taken before sitting down with the victims, from being a member of ETA in a commando to ask for forgiveness. When the producers proposed it to me, it seemed like an opportunity. I also have to admit that I was scared, it is a complicated issue, very delicate, there is a lot of pain, there are many people who have suffered a lot with this and continue to suffer, and you want to approach it with great respect. But as Isa Campo -the screenwriter- and I got closer and we met Maixabel and other victims,then to the mediator who started these meetings, we realized that it was even more interesting and valuable to tell it than we had thought a priori.

What was your feeling when you met Maixabel?

When you realize that you have to tell this story

Maixabel is such an easy person, so accessible, so diaphanous… It is easy to talk to her, it is easy to ask her and she has very clear ideas, she is a woman who has spent her whole life in the work of coexistence and for peace.

He is not afraid to say things clearly, he has never been, so he reaffirms your desire to tell this story.

It is a light.

There have been many people who have worked for coexistence and peace, and they have also paid for it with their lives, but Maixabel is here and we dared precisely because of who she is.

What was the risk, the challenge, the thing that you feared the most when it came to setting the story?

That fine line that directors always talk about ...

There were many mines to tread in this story.

There is an obvious mine which is hurting or not treating this with the respect it deserves.

That was rolling and later, for example Alberto Iglesias told me with the music, that you should not indulge in pain, not make a show of it.

Do it with a lot of restraint.

The film is emotional, it is hard, it tells you what it has to tell you, but it does not recreate itself.

There were many places where you could lose your footing and we have tried not to lose it.

There is a sense of modesty in the camera, of sobriety, what has it been like to do that with two such imposing actors?

Sobriety was in the script. Isa Campo has carried the weight of the script and she has a very sober way of writing. There was even a certain dryness in the dialogues, but things fall like stones, you say what you have to say. When we got to talking with Javier Agirre, who is the director of photography and with whom I did all the staging, there was also a desire for austerity. There are things that have been chosen later in montage. For example, when Maixabel receives the news at the hospital that he has arrived alive but they have not been able to save him, it is shot in a short shot but in the end I leave it in a long shot because it seems to me that it communicates more, that loneliness in a terrible moment , the world falls to you, they have killed your husband. It is all the time to go looking with all the artists that sobriety,also with Luis and Blanca. It is so powerful, what you are telling is so forceful that it does not need to be underlined.

Luis and Blanca did not know each other.

And then she proposed using that element of surprise and nerves, of getting face to face, for the meeting scene.

Luis thought it was a very good idea, my fantastic.

The entire production team was at the service that Luis and Blanca did not meet.

I had to rehearse separately with each one, with Luis playing Maixabel and Blanca playing Ibon.

I always work on essays and more with this script, there was a lot to talk about, each sentence has a lot of content behind it, everything that is being told has a lot of intrahistory.

With the actors who are from here, the majority, there are many things that you do not even have to tell but with others, yes.

Everything that happens in the film had to be contextualized.

The film highlights that Maixabel's initiative is individual, that she does not judge but that she does not want to be judged either. Ten years later, on screen, in a cinema full of people, it resonates like a collective victory

I think that is why the meetings were valuable. They are individual and personal and they are there in representation of themselves, it is not a debate, they are two people who sit down to talk and listen to each other, but what they say, if shared, has enormous force. The idea that Maixabel is capable of giving a second chance, I myself don't know if I would be able to. It looks very difficult. On the other hand, what these men say is so forceful, so devastating with violence, so delegitimizing the violence that it is worth listening to all of us. That exercise in self-criticism that these two former members of the band who speak with Maixabel do is worth listening to. Anyone who has the slightest temptation to repeat the violence or value it as positive, I have no doubt, but I think that the film communicates that.And on the other hand, there is something very constructive in what they do in the recognition of the pain caused, in the assumption of guilt, they do not justify themselves, in recognizing the pain of the other. And Maixabel in sitting down to listen. That looks towards coexistence, it is what is happening here, we must all live together.

And looking at the current context, ten years ago it was revolutionary but today it still is. In a climate of political tension and hatred, claiming the word and listening, dialogue, is it a revolutionary act in the cinema?

When we did it, I thought it had value in itself for what it counts, and because these encounters have a universal dimension as well.

Repentance and forgiveness are universal things, they don't just concern us.

And since I had enough with the subject that I had and I was already afraid of doing it wrong and opening wounds, of harming the victims who already have enough, I did not think in that dimension.

But now that you ask me, that the film is already made and that I think we have managed to communicate well what we wanted, now is when I see that.

It's a great time to say, how about we listen a little more.

Do you think that in some way the victims have been politicized and mediated as a diffuse and depersonalized group?

This is something that Maixabel says a lot about.

Every victim is different.

They have different sensitivities, ideologies and obviously each one has an experience.

I think that is why it was important to talk about the encounters, because the main objective was to repair the victims.

What was the minefield with the character of Luis Tosar?

In the cinema it is horrible when they 'talk' about humanizing a character.

They are all human, their actions and behaviors are already something else.

His character is nuanced in his dramatic progression

There is a fear already a priori in a film that is to give voice to that part.

There is a certain taboo to talking about that world.

It seemed to me that it was very worthwhile because we do not know that dissent, those discordant voices that the socialist government tried to use to break the monolithic discourse of ETA.

That is why the Nanclares road was created.

It is a very interesting speech because it is devastating with ETA and delegitimizing.

But of course you have to give him space and voice, these people have not had a face until now, they have been murderous terrorists without more.

You always think that there are people who can misinterpret it and that was the fear.

What we have tried is to be close to the characters, get to know them well and talk to them about their truth.

From there it was more difficult to make mistakes.

Is that also given by time?

It is much easier now.

Ten or fifteen years ago it was all raw.

Now for the victims the same, they continue with the same pain, but it is not there constantly.

ETA does not kill.

It's easier to talk about all of that at a distance.

You also notice it in the people, in the actors, in the team.

In the Basque Country they speak, and before it was not spoken or it was done with euphemisms, very few people spoke in a direct way.

Has that fear been taken away from you?

It has gone away because the reactions are positive, even from the victims, for example the widow of Oleaga. What matters most to me is that they feel good. As a victim, if you are seeing something that concerns you so directly, and you react like that, then it leaves me alone. There will be other people who will not want to go near the movie and I completely understand and respect that. 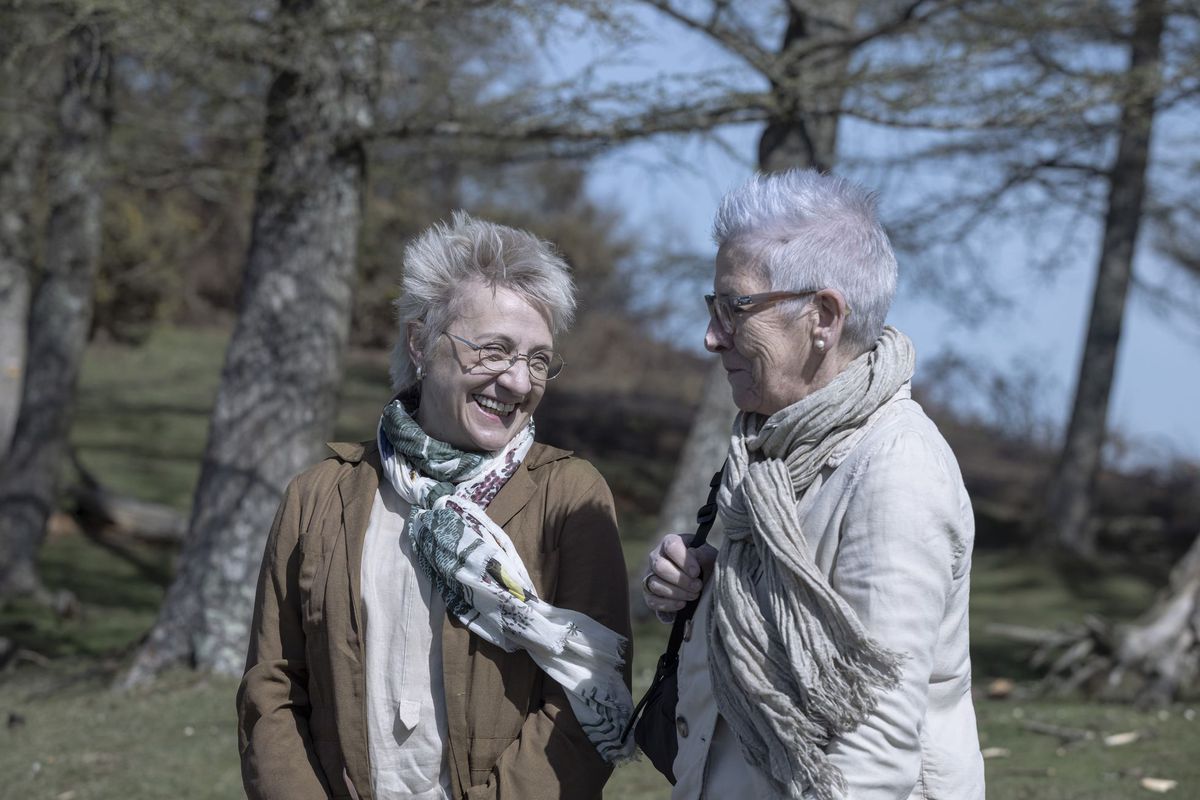 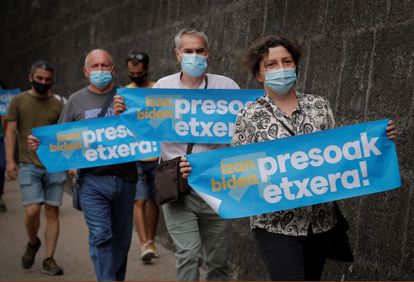 20 ETA prisoners reactivate encounters with victims paralyzed a decade ago 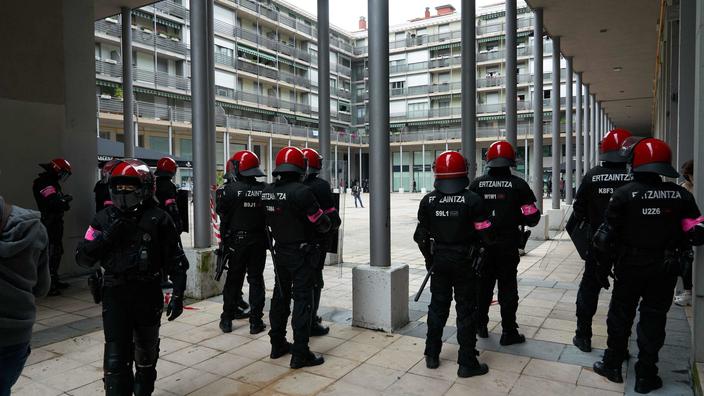 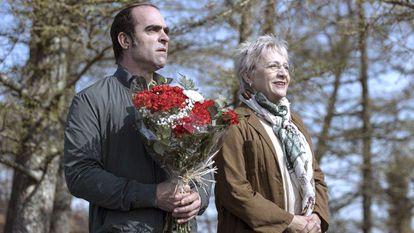 What is hated today? 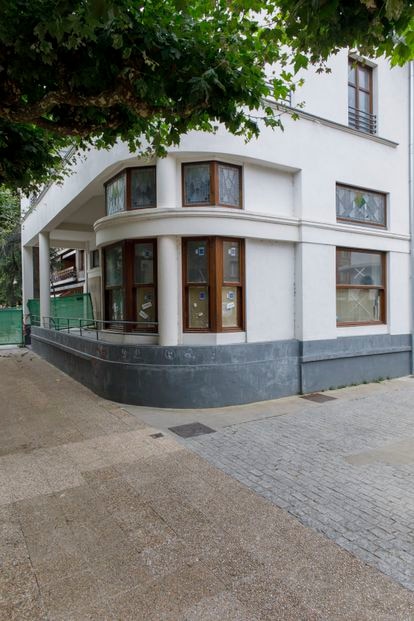 Iciar Bollain and Maixabel Lasa: this is how the encounter of an ETA victim with a terrorist became a film 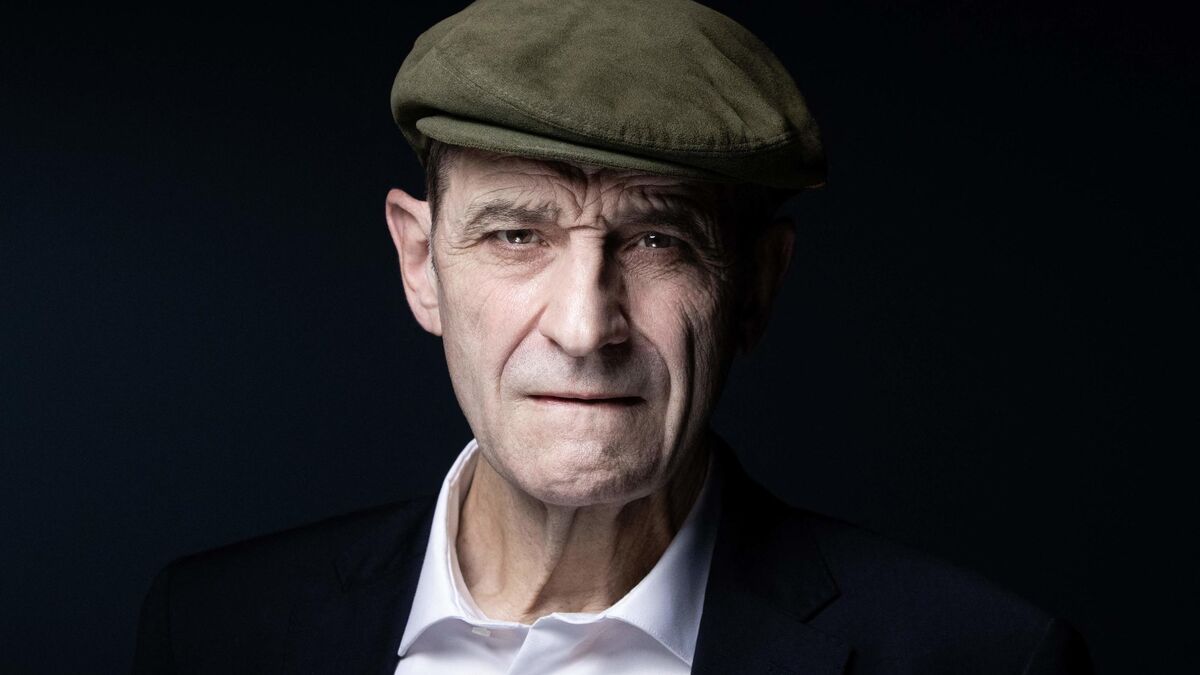 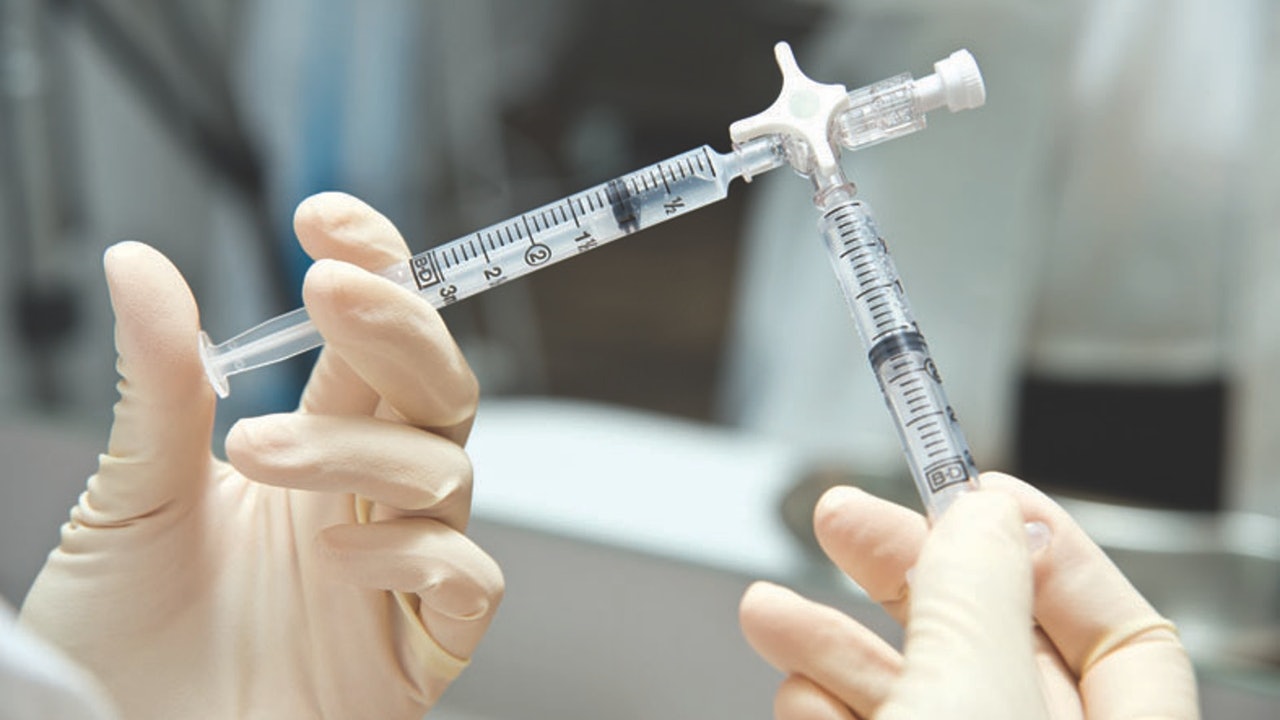