Afghan MPs in the Taliban's crosshairs: "House change every two or three days"

Afghan MPs, activists and politicians are exposed to threats and intimidation following the de facto dissolution of the legislature by the fundamentalists' coup

Afghan MPs are in the crosshairs of the Taliban.

Some managed to get out of Afghanistan before the threats became effective.

Those who are still inside the country show the messages of intimidation and blackmail they receive on their mobiles, and implore support to escape.

Some do not even dare to speak.

Those who do so declare themselves disappointed with the international community and ask that it not recognize or help the Taliban regime without counterparts that guarantee their respect for human rights and women's rights.

For all its flaws, the National Assembly (Wolesi Jirga) was a showcase for the progress made by Afghans since the United States' intervention brought down the Taliban dictatorship in 2001. Of the 250 members of its Lower House, 69 were women, in partly due to the quota system, but in some cases due to having outnumbered his male opponents.

The legislature was effectively dissolved when the Taliban entered Kabul on August 15.

Although no one has precise figures, at least a dozen MPs are still in hiding, waiting for help to leave Afghanistan.

"My life is in danger"

To get to Fereshta Amini you have to take precautions.

Just half an hour before the appointment Amini provides the name of the neighborhood where it will take place.

You have to wait for a man you trust to pick up the journalist.

In Afghanistan, trust, like politics, is confined to the family.

A brother of her husband acts as an assistant.

“I have left everything behind.

I only brought two changes of clothes and the documents that prove that I have been a parliamentarian and my work as a social activist and for women's rights.

I live on loan and change houses every two or three days.

When the Taliban come to the neighborhood, I hide, ”he says in an anguished voice.

Amini was in Nimruz when the fundamentalists took the province, the first to fall into their hands, in early August, 10 days before entering Kabul. “I narrowly escaped. They entered my house and killed the gardener, ”she says while her husband, Masood, shows the video they broadcast criticizing his way of life or what he had in the fridge. In it, they are heard saying that their friends are looking for her in Kabul. So the day they arrived in the capital, they left their home there and fled again. "We came here on foot," he evokes.

She was the first woman who was elected outside the reserved quota (one or two women per province, depending on the number of seats that correspond to them), obtaining more votes than her male rival, which meant that in 2010 the two deputies of Nimruz were women.

He says that in 2018 he did not stand for elections due to the corruption that surrounded them.

“I have fought for democracy, women's rights, civil society in Nimruz and in Kabul.

I never thought of leaving because I wanted to serve my people, "he declares before recalling that he was one of the few deputies who supported the security agreement with the United States in 2013." But the Americans have removed women who cover themselves with

and they have forgotten about me.

My life is in danger ”, he assures.

The threat is both political and personal.

Her first husband, Mirwais Najibi, a cousin whom she was married to when she was very young, used drugs and abused her.

That is why he got divorced and started fighting for women's rights.

“Now my ex has joined the Taliban and every day he threatens me saying that he is going to come to Kabul to kill me and my family,” he says.

She has two children from her first marriage and four from her second, the oldest is 19 and the youngest is eight.

She is very disillusioned with former President Ashraf Ghani.

“I didn't expect him to get away like this.

He was disloyal by leaving his country and 20 years of work.

I supported his candidacy the first time he presented himself, but I no longer have any respect for him ”, he concludes.

Farzana Kochai, Afghan MP for the special constituency of the Kuchi nomads.

"I wished I had wings"

The day after the Taliban entered Kabul, Kochai, the youngest MP, recorded a video in which she assured that she was going to stay.

When EL PAÍS called her last Tuesday, she had just crossed the border to a neighboring country, where she still does not feel safe.

"My idea was to stay," he admits, "but the Taliban don't accept us as we are, not even to a point where we could compromise." She is convinced that fundamentalists are going to ignore women. “I would have been happy if I could have stayed and worked for my people. If not, what is the difference between living here or in Mexico? At least outside, I will be able to do something with my life ”, he declares before denouncing that when they arrived in Kabul they said that they were not going to look for people at their homes and that there would be no revenge, but that is already happening.

A Taliban came to his home and told him not to talk so much.

"He warned me not to give any more interviews, but the most surprising thing is that he said he knew that it would be difficult for me to accept this Islamic system after having enjoyed 20 years of freedom and democracy, but with God's help, I would adapt," she says incredulously.

"He advised me to enjoy the money I had earned and to stop talking about women's right to work," she adds.

Kochai paid him little attention and continued to meet with other MPs and give interviews.

Until he started receiving messages with links to his statements.

Were you the one speaking?

Where are you? ”They asked him.

“I started to wish I had wings.

They knew where he lived, ”he says in a broken voice.

Then there were other calls asking for money. He tried to hide them from his family until his mother confessed that a relative who was with the Taliban had called him and said “the party is over, now it's our turn; You didn't help us get our brother out of jail, but now you're going to regret it ”. Shortly after, a group of Taliban went to look for her at her office and when they did not find her, they went home. Alerted, she took refuge with some neighbors until with the help of Norway she was able to leave the country.

“Politics and social work were my dream, but I have resigned.

I have risked my life, but I can't take it anymore.

(…) I am so worried about my family… the oldest of my nephews is 12 years old.

I have done what I can for my people, the

I am sorry that I am not able to overcome my fear of the situation.

"They are looking for me"

Hamidi had planned to leave the country via Uzbekistan with the two strong men from northern Afghanistan, Ustad Atta and General Dostum, but when they reached the border they would not let her pass. “The Taliban came to my house in Balkh, they took everything of value, including the family's four cars. They were looking for me. Since they didn't find me there, they sent me messages on my mobile: Where are you? We will find you. How long will you be able to hide? They also did the same with my family members, ”he says in a WhatsApp recording that he immediately deletes as if he feared that he might give away his hiding place.

He also sends images of how his house has been and of a threat on his mobile.

Despite the fear that has led her to go into hiding, she assures that she will continue with her political activities.

“I am not going to give up.

I will continue to defend the people of Balkh and all Afghans on the international scene, especially women, ”he says.

Hamidi claims to be in contact with other deputies, both inside and outside the country.

“We all face the same situation.

But we have no choice but to leave because they will not allow us to continue with our political activities or in favor of civil society ”, he explains.

However, neither she nor the other interviewees seem to have a clear idea of ​​how many have managed to get out of Afghanistan and how many are still trying.

"I couldn't leave the house"

After becoming the first Afghan to be vice president of Parliament, Koofi was one of the four women in the government delegation in the negotiations with the Taliban in Doha (Qatar). She defended the need to reach an agreement through dialogue, but not even her hand extended to the fundamentalists has allowed her to feel safe under their splint. “I had no freedom to move, not even to leave my house. I was locked up for the first two weeks and I felt isolated from the world, without the ability to be effective, ”she explains by phone from the Qatari capital. Therefore, he decided to leave. "I hope I can return soon," he adds after recalling that his family and people are still in Afghanistan.

Meanwhile, Koofi maintains his political commitment. “I get a lot of calls from women who need help. Also men. Journalists who have bravely reported on the difficulties in Afghanistan, including corruption, ”he says. Look for countries that can help them move to safe destinations. But her goal now is "to support Afghans with humanitarian aid" through her organization Justice for Equality, which focuses primarily on empowering women in the health sector and for which it seeks funds.

Although the Taliban rejected efforts to form a coalition government and launched into the capture of Kabul, Koofi did not give up his commitment to dialogue.

"Most of their negotiators are no longer here, but I try to keep in touch to see if we can negotiate, with the purpose of influencing them," he confides.

She believes that it is important that they include women because “they are the most effective”, although she declares herself “very disappointed with what is happening in Afghanistan”. 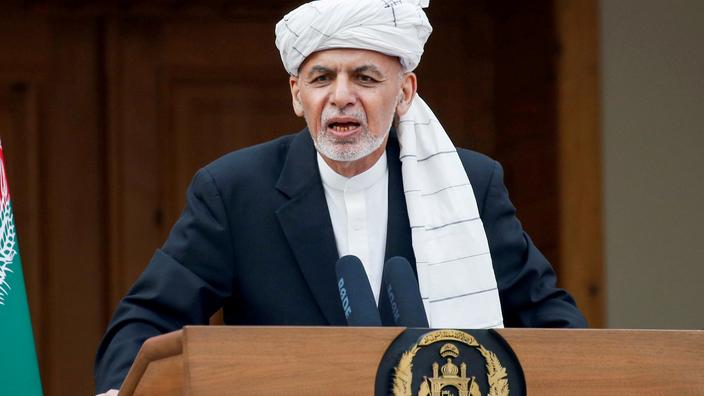 Pentagon could slow down Afghan withdrawal amid Taliban offensive 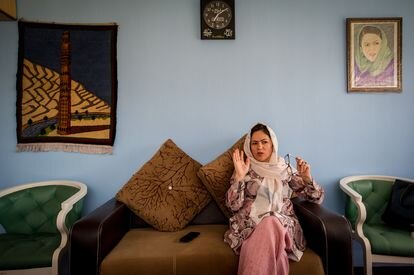 Afghan MPs in the Taliban's crosshairs: "House change every two or three days" 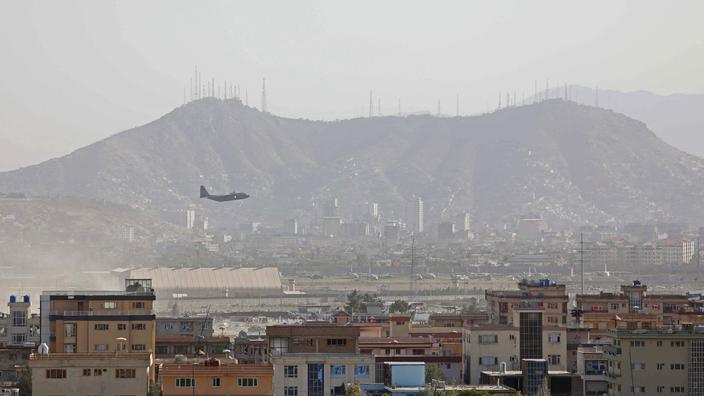 Afghanistan: explosion in Kabul this Sunday, due to rocket fire 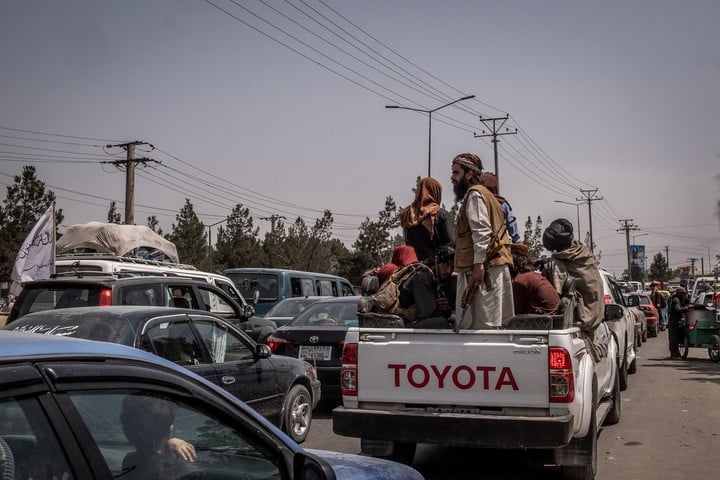 Intelligence agencies were unable to predict the Afghan collapse 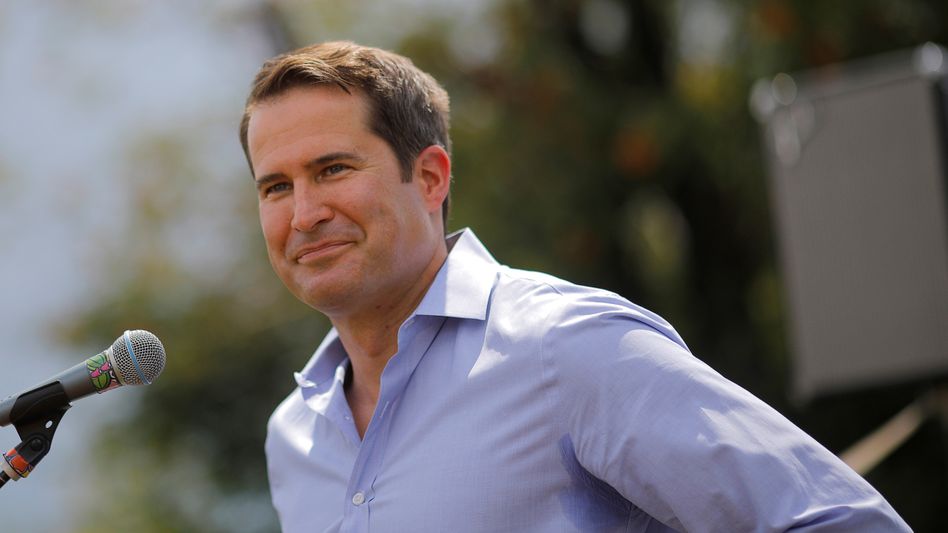 Afghanistan: US MPs flew to Kabul without authorization