The Election Committee subsector elections were held today (19th), the first election after the electoral reform, and more than 1,000 electoral committee seats have been settled. The remaining 13 of the 40 subsectors are competing, and about 4,800 people are eligible to participate today 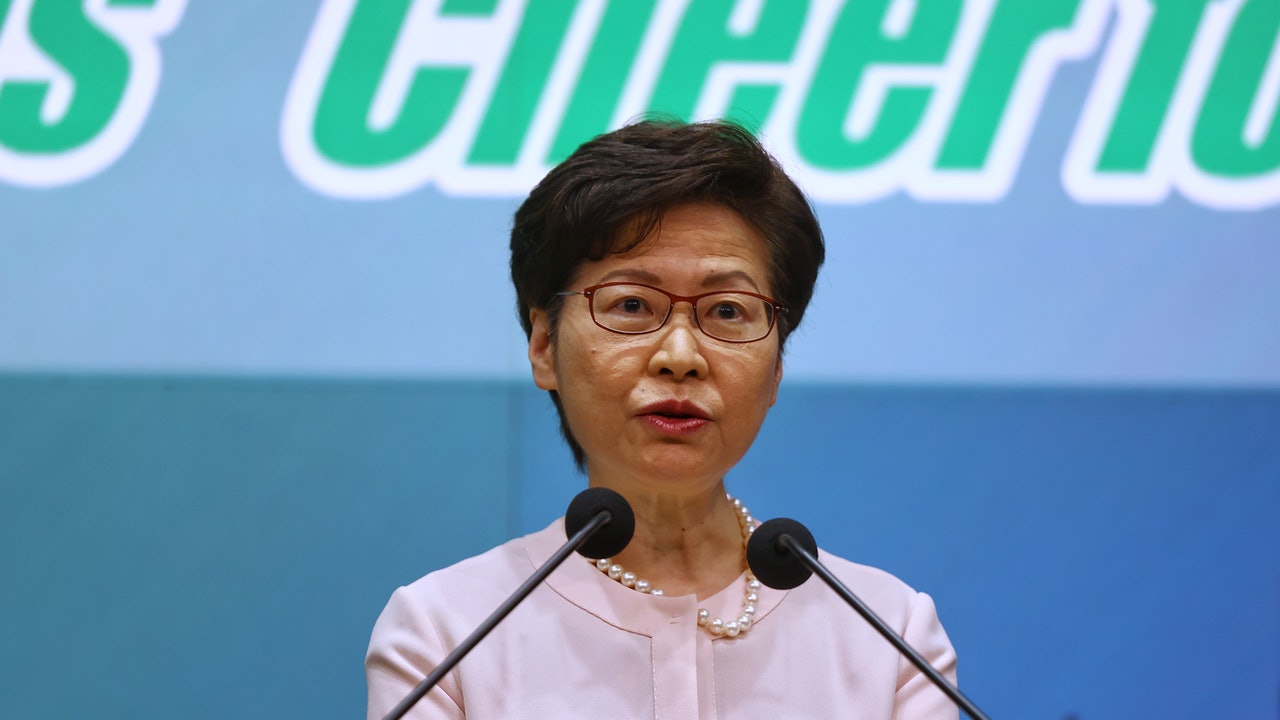 The Election Committee subsector elections were held today (19th), the first election after the electoral reform, and more than 1,000 electoral committee seats have been settled.

The remaining 13 of the 40 subsectors are in competition, and about 4,800 people are eligible to vote today. 364 election committees were elected from 412 candidates.

The two non-establishment candidates who are unique in this election are both in the social welfare sector. They are the new thinking Di Zhiyuan and the chairman of the Sai Kung District Council Zhou Xianming. They are worthy of attention.

Voting arrangements are also different from the past. There are new regulations that prohibit inciting others to vote in vain or not to vote, and for the first time, electronic voting is adopted, and special care teams are set up for the elderly and other people with disabilities.

The voting time has been shortened by 6 hours compared with previous years, and it will end at 6 o'clock in the evening. I believe that all results will be released before midnight.

The functions of the new election committee are also different. In addition to electing the next chief executive as usual, all candidates for the Legislative Council must also be nominated by them, and 40 of them will be directly elected.

[08:45] Chief Executive Lam Cheng Yuet-ngor went to the Wan Chai Convention and Exhibition to inspect the ticketing stations, saying that he had deliberately visited one of the voting stations this morning before the voting officially started to cheer up colleagues and learn about the new measures.

She said that this is the first election after the electoral reform. It has multiple meanings and will bring a new situation to Hong Kong. After improving the electoral system, it can ensure that Hong Kong is governed by the "patriots" and will be a good choice for the subsequent elections of the Legislative Council and the Chief Executive. Base.

Lam Cheng pointed out that Hong Kong elections have always been known for being fair, open, and just, and this time it is also fair, open, honest, and of great significance.

She said that Hong Kong had anti-China and chaotic Hong Kong people before, describing them as anti-government, anti-Central and stifling Hong Kong's development.

After the National People's Congress passed the decision, Hong Kong has a "perfect electoral system" and returned to its original aspirations. It also joined the qualification review committee to ensure that patriots rule Hong Kong.

She also pointed out that after the expansion of the Election Committee, many sectors that were previously unable to participate in elections have opportunities to participate, such as grassroots organizations and national organizations, Hong Kong representatives, which is in line with balanced participation and broad representation.

Afterwards, the Election Committee elected members of the Legislative Council and nominated candidates. They considered it to be an important gatekeeper and double gated with the Council.

Lam Cheng pointed out that although there were only 412 candidates participating in the election today, and admitted that the number of electoral committees to be elected is small, all of them are eligible to stand for election.

She pointed out that the Election Committee would need to take an oath after it was perfected. Due to its large scale, she planned to arrange a written signing and inauguration.

When asked about the police deploying more manpower in this election than in the past, Lam Cheng said that every large-scale event, the Security Bureau and the police will assess that she respects the deployment of manpower by relevant departments and believes that the election will be conducted in an open, fair, safe and honest environment. conduct.

She also said that there have been riots in Hong Kong in the past two years. For example, a household weapons storehouse was also cracked yesterday. She believes that assessment is the responsibility.

Lin Zheng specifically pointed out that Han Zheng expressed his support for the status of Hong Kong as an international financial center and an innovation and technology center. He also mentioned that the expansion of Qianhai is to empower Qianhai. Therefore, Hong Kong must cooperate with Shenzhen to make a first trial, but said that there is no Mention the personal aspects of re-election.

Customs clearance with the mainland?

In terms of customs clearance, Lam Cheng said that he had mentioned to Han Zheng that the local case in Hong Kong had been "cleared" for more than a month, that there was strict foreign import prevention, the public was looking forward to customs clearance and returning to the mainland, and relevant anti-epidemic measures were in place.

She quoted Han Zhengzhi as being very clear and aware of her opinions. She hoped that experts from the two places could connect with each other and asked relevant mainland authorities to follow up the expert talks on the spot. The Hong Kong government will make preparations to strive for gradual and orderly customs clearance.

Regarding the rumors about the government's reorganization of district boards and the re-establishment of appointed seats, Lam Cheng believes that there are indeed problems with the district board elections in 2019, resulting in the current incompleteness of the district boards. It is necessary to wait for all the district councilors to complete the oath before knowing how many of the 18 district boards are She meets the requirements of public officials, and then deals with the functions and operations of the next two years, but she emphasized that she did not discuss relevant issues with Han Zheng.

[08:00] The Commissioner of Police Xiao Zeyi said yesterday that at least 5,000 to 6,000 police officers will be deployed on election day. They will patrol the polling stations and high-risk places with a high profile, and monitor whether anyone on the Internet incites to sabotage the election.

Just play 01 interactive test to see how much you know!

Election Committee Election | Who is eligible to vote for the 364 seats elected by the 13 sub-sectors?

Election Committee Election｜Voting is the same as an exam?

If there is a single vote for 80 people in a sector, the vote will become invalid 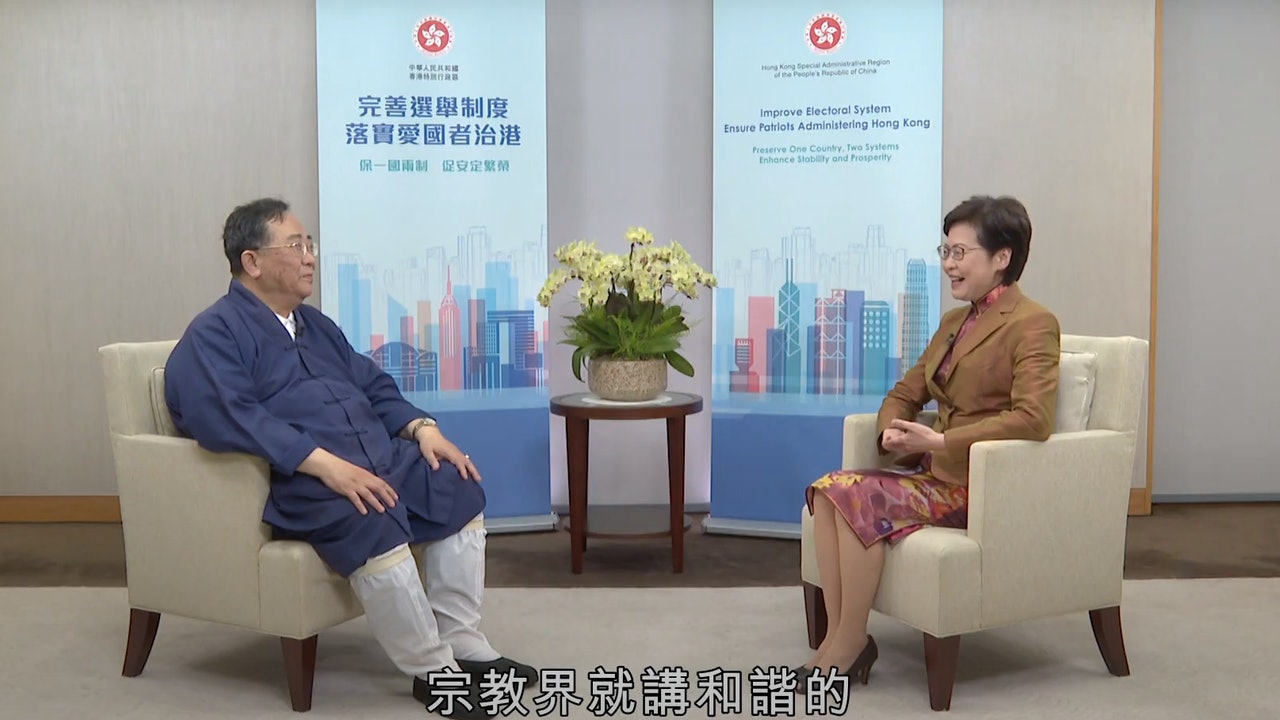 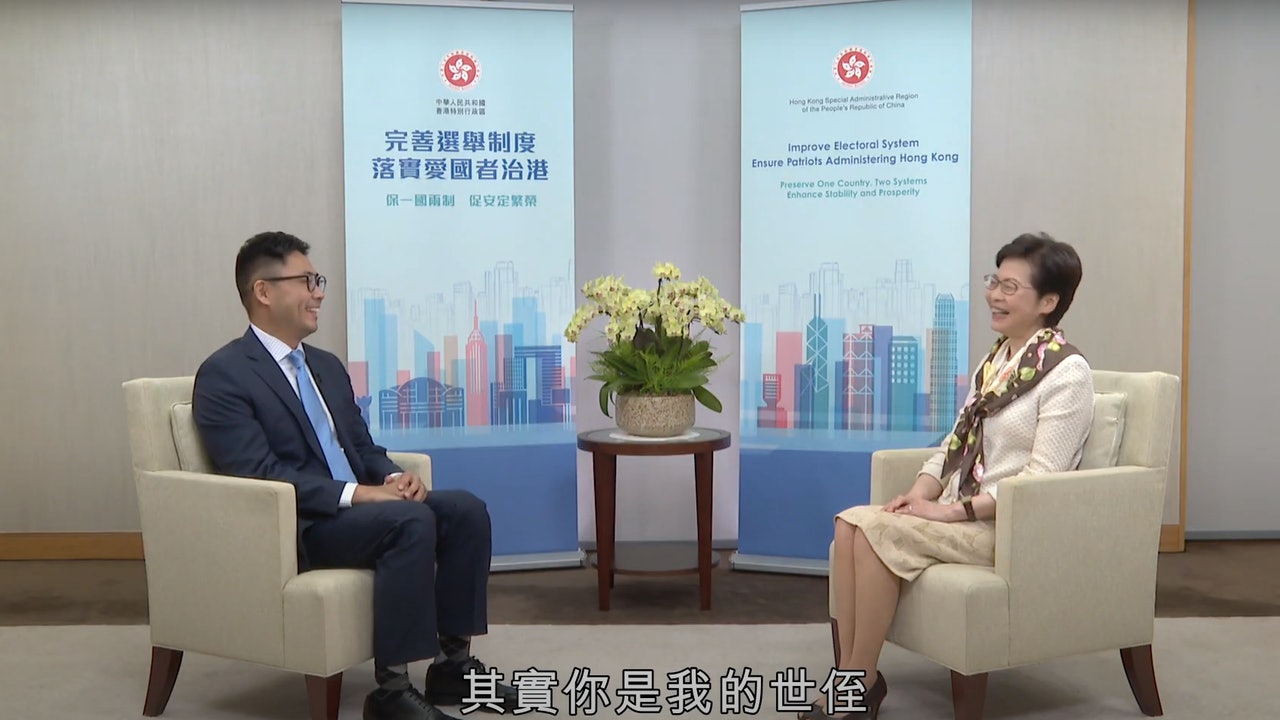 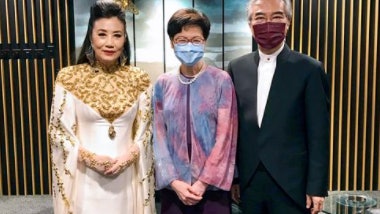 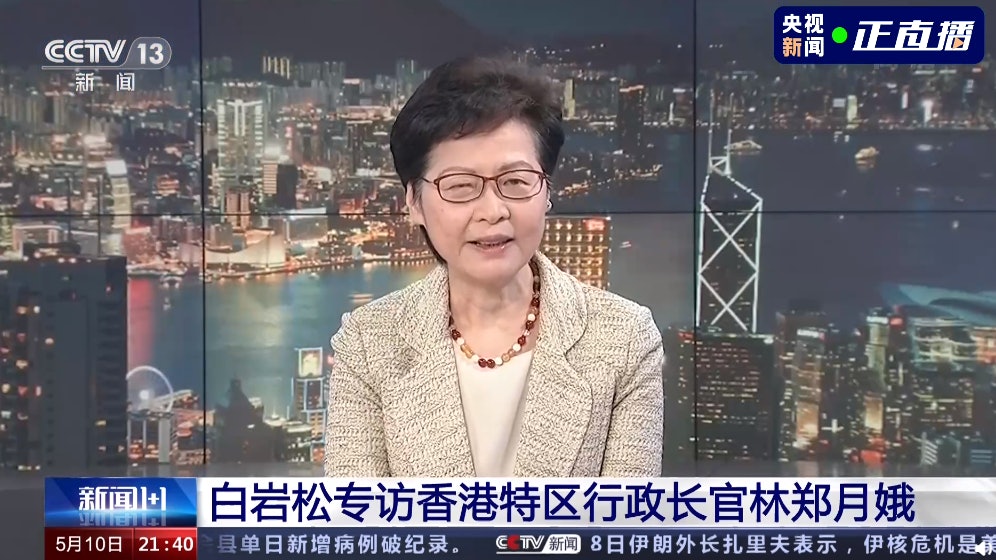 Electoral restructuring | Lam Cheng expects the Legislative Council to pass the draft on May 26, hoping to launch "Easy to Hong Kong" within this month 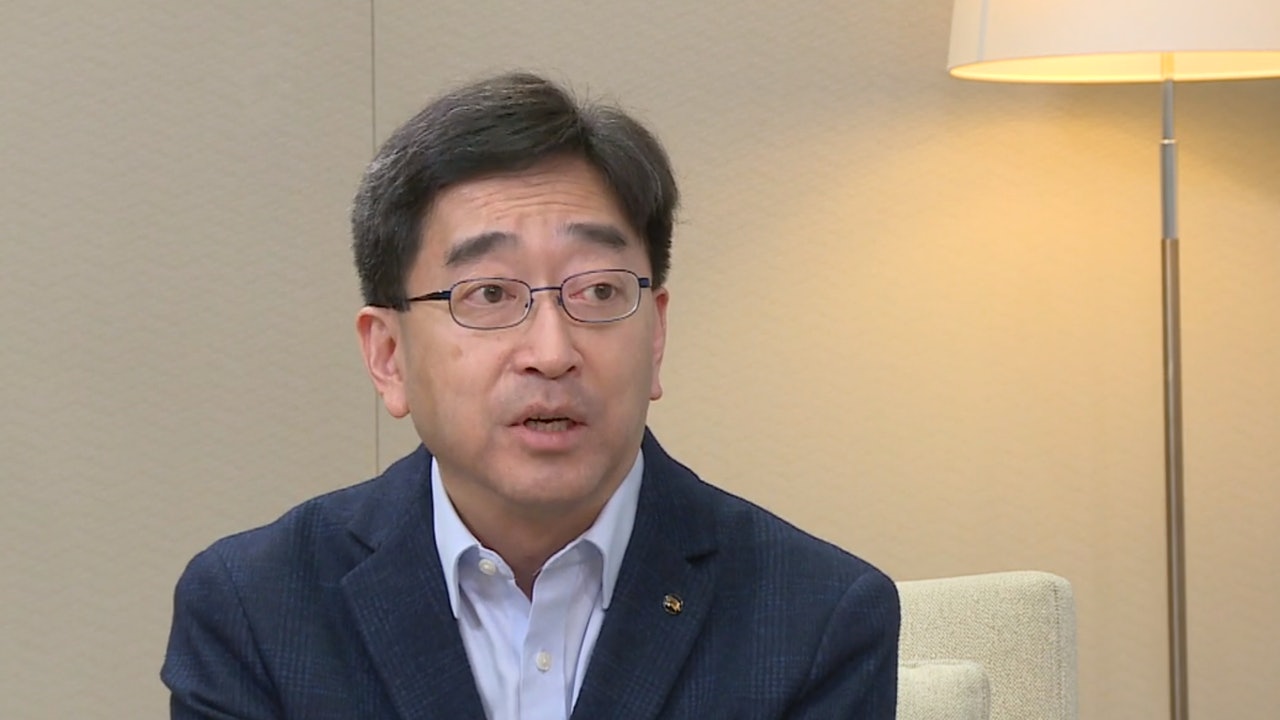 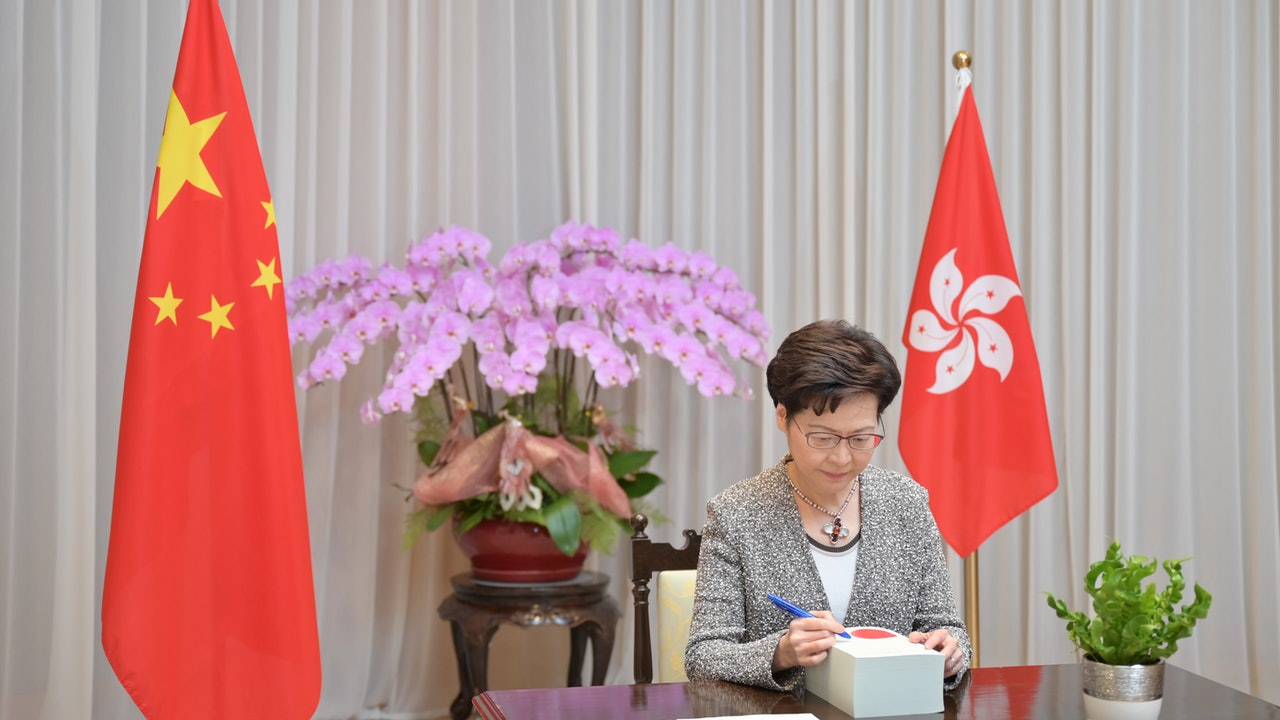 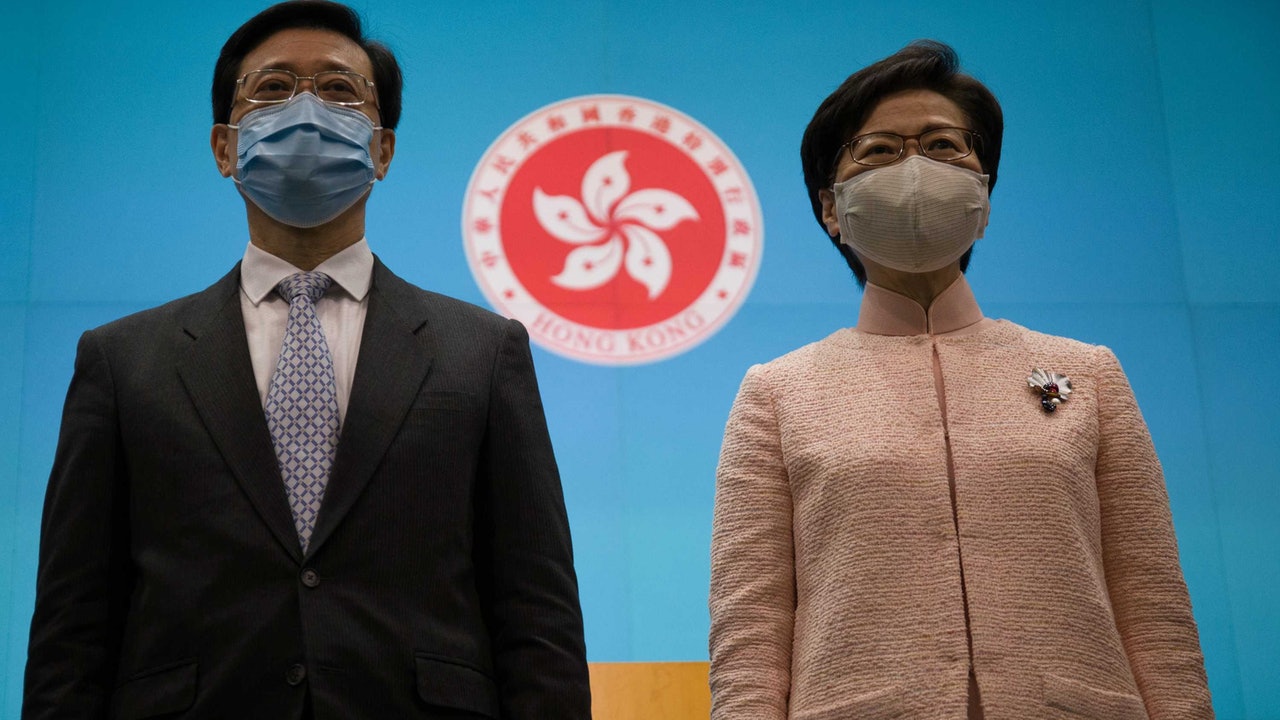 Li Jiachao was appointed as non-official members of Liang Aishi, Fan Xulitai, and Liu Zunyi, chairman of the Board of Review 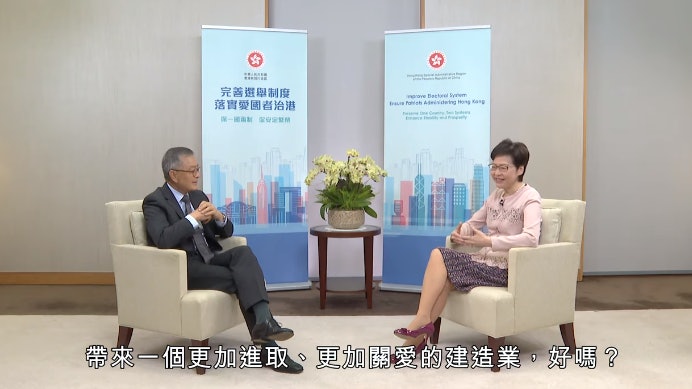 Lam Cheng said that the established non-royalist party asked whether it would nominate the non-organized Chen Jiaju: the most important thing is to love the country and love Hong Kong