From the Maldives to Mauritius, the ten most beautiful beaches in the Indian Ocean

Powdery sand in the Maldives, coconut palms in the Seychelles, casuarinas in Mauritius… Each beach has its trump card. The only thing in common: the shades of light blues that bathes these pieces of paradise. Here are our ten favorites. 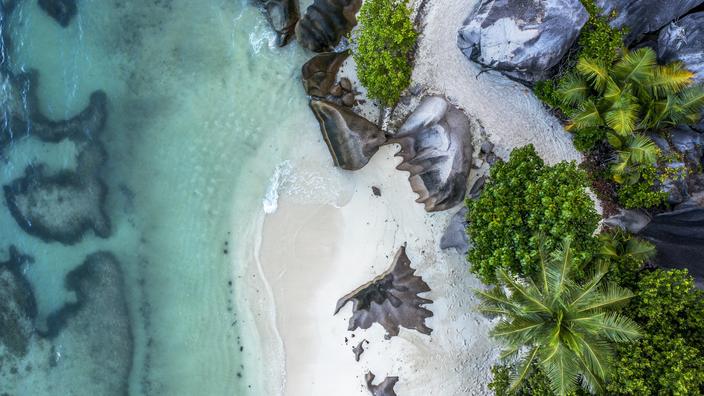 The hottest ocean in the world knows how to seduce visitors: immaculate sand, a curtain of coconut palms, turquoise sea and, underwater, myriads of colorful fish, often accompanied by sea turtles and manta rays ... Coral reefs , atolls, granite islets: whatever, from the Maldives to Mauritius, the spectacle is always mesmerizing.

The only constraint to make the most of the ten paradises we have selected: think about sunscreen and don't forget your mask and snorkel.

Overall, the most favorable period is from April to June, and from September to November, with the exception of the Maldives where the lagoon is never as beautiful as from December to March.

To read also In the Seychelles, Mauritius or the Bahamas ... The temptation of the islands

With nearly 1,200 islands surrounded by turquoise water (of which less than 200 are inhabited), it is difficult to determine the most beautiful beaches in the Maldives.

But certainly Landaa Giraavaru's has its place on the podium.

White sand, translucent water turning to turquoise after a few fathoms, then to lapis lazuli ... In the heart of Baa atoll, Unesco biosphere reserve since 2011, the Four Seasons hotel complex offers 2 kilometers of paradisiacal beach just 30 minutes from Malé International Airport, which can be reached ... by seaplane.

Manta rays and sea turtles abound in this corner of the Maldives.

So you don't stay long on your deckchair!

Read alsoHotel Joali in the Maldives, the expert opinion of

Filitheyo ranks among the top snorkeling destinations in the Maldives.

Located on the Faafu atoll, the island of Filitheyo is surrounded by a powdery sand beach on which the bungalows of a luxury resort are scattered.

Behind the beach: the exotic feather dusters of palm and coconut trees.

In front: a transparent lagoon in which a crowd of tropical fish cheers, but also rays, turtles and small reef sharks.

Unforgettable dives around the overwater villas… Filitheyo ranks among the best snorkeling destinations in the Maldives.

This beach is located in the north of the island of Praslin.

North of the island of Praslin, this crescent of sand borders on perfection with its gradation of blues, its chubby granite rocks and its coconut palms leaning over the water.

The white sails of sailboats often complete the picture… idyllic.

The price of success, the beach is quite busy in high season.

We find more tranquility on the neighboring beach of Anse Georgette, which offers the same postcard decor.

It is the iconic beach of the Seychelles.

The iconic beach of the Seychelles!

On the unspoiled island of La Digue, this beach (paying) deploys in the turquoise water these beautiful blocks of slightly pink granite, which are the trademark of the Seychelles.

Admittedly, the beach is not wide and the waters are less full of fish than in the Maldives.

But we are well there, in the shade of coconut palms and takamakas, and even more so at sunset.

For a wilder and equally beautiful setting, cycle to Grand'Anse, Petite Anse and the lovely Anse Cocos.

A wild beach with a perfect curve.

In Mahé, the main island of the Seychelles, a few sandy coves compete for the palm of the most beautiful beach.

We have decided: it's Anse Intendance, period!

A tamarisk alley leads to this wild beach with a perfect curve, fringed with takamakas, and bathed in curacao blue water.

Breaking waves allow you to play in the waves, which is not so common on the island.

The beach is also an important nesting site for sea turtles.

With a little luck, you will see them between October and April.

A distant island with old-fashioned charm, devoid of luxury hotels and surrounded by a sublime lagoon.

About 600 km east of Mauritius, Rodrigues deserves its nickname "Cinderella of the Mascarenes".

It is a remote island with old-fashioned charm, devoid of luxury hotels and surrounded by a sublime lagoon.

The most beautiful coves are concentrated on the eastern coast.

From Gravel to Pointe Coton, a rocky path strikes them like pearls on a necklace.

Anse Bouteille, a wonderful secret beach nestled in a recess in the cliff shaped like a bottle neck.

The water is a breathtaking blue green.

Le Morne Brabant is a basalt mountain of 556 meters.

Massive and incongruous, Le Morne Brabant (we say more simply "Le Morne") is a 556-meter-high basalt mountain set on the edge of the Mauritian lagoon.

Bathers can admire this sugar loaf from the public beach lined with casuarinas, the most beautiful on the island, or at least on the west coast.

The water is clear, full of fish and the atmosphere, peaceful, almost Rasta like the Creole villages of this corner of Mauritius.

Windsurfers and kite surfers have also made it one of their favorite spots.

Read alsoMauritius: a new paradise on the Morne Brabant peninsula

No matter, the two beaches follow one another without interruption.

Nothing seems to be able to disturb the serene beauty of this superb ribbon of sand bordered by casuarinas, not even the luxury hotels and villas posed here and there.

These are, it is true, very well integrated.

Families enjoy the calm water of the lagoon, protected from the ocean by the coral reef.

The Belle Mare pass is also a famous diving site since we meet eagle rays, white tip sharks, schools of jacks, triggerfish and some large pelagics.

Read alsoB & B, hotels or lodges ... Ten accommodations to take it easy in Reunion Island

Boucant Canot (pronounced Canotte) is perhaps the most pleasant island of Reunion.

Reunion does not have the most beautiful beaches in the Indian Ocean, far from it, but it would take a lot of bad faith not to find charm in Boucan Canot (pronounced "Canotte").

Located on the tourist and seaside west coast, this beach, which belongs to the Réunion Marine Nature Reserve, is the most pleasant on the island.

In the absence of a lagoon, the waves break happily, to the delight of surfers.

Boucan Canot was the first to be equipped with an anti-shark net, so that you can swim in it in complete safety.

Children and families love the natural swimming pool, formed by black volcanic rocks and well heated by the sun.

Let's add the beach volleyball tournaments and beautiful seabed at the level of the coral reef.

The two parts of Nosy Iranja are connected by a fine cord of sand.

Who says "beautiful beaches" in Madagascar, says Nosy Be.

That of Andilana, in the shape of a point, is considered to be the most attractive of the island.

Yet there is better!

To the south-west of Nosy Be, the island of Nosy Iranja awakens the Robinson who sleeps in everyone.

Who wouldn't want to be forgotten along the thin strip of sand that connects the two ends of the island?

Here live turtles and some fishermen.

Let time fly, caressed by the trade winds, feet in hot water, gazing lost in the azure of the Mozambique Channel.

And forget about Friday.

From the Maldives to Mauritius, the ten most beautiful beaches in the Indian Ocean 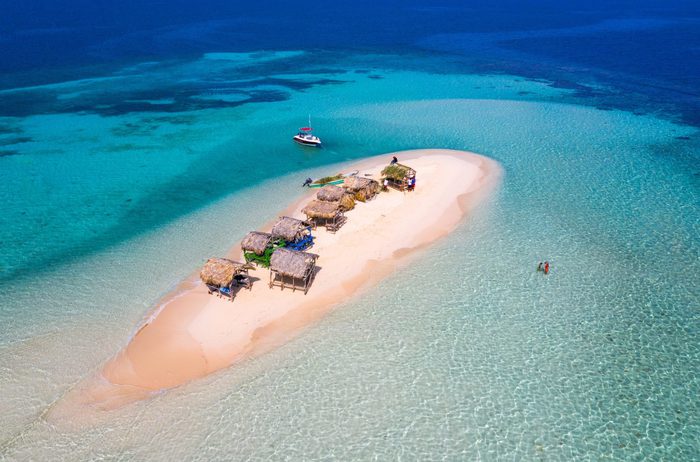 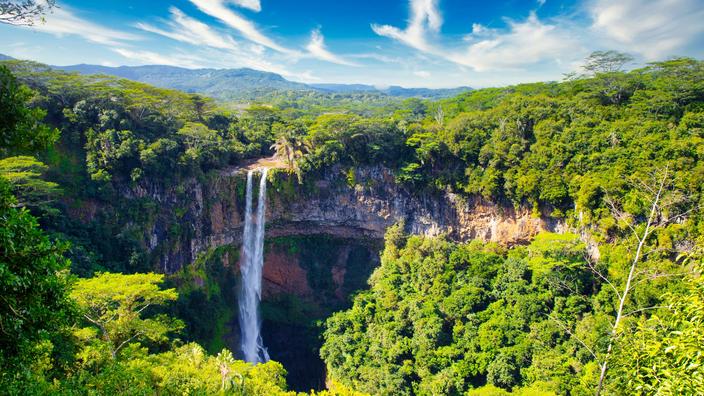 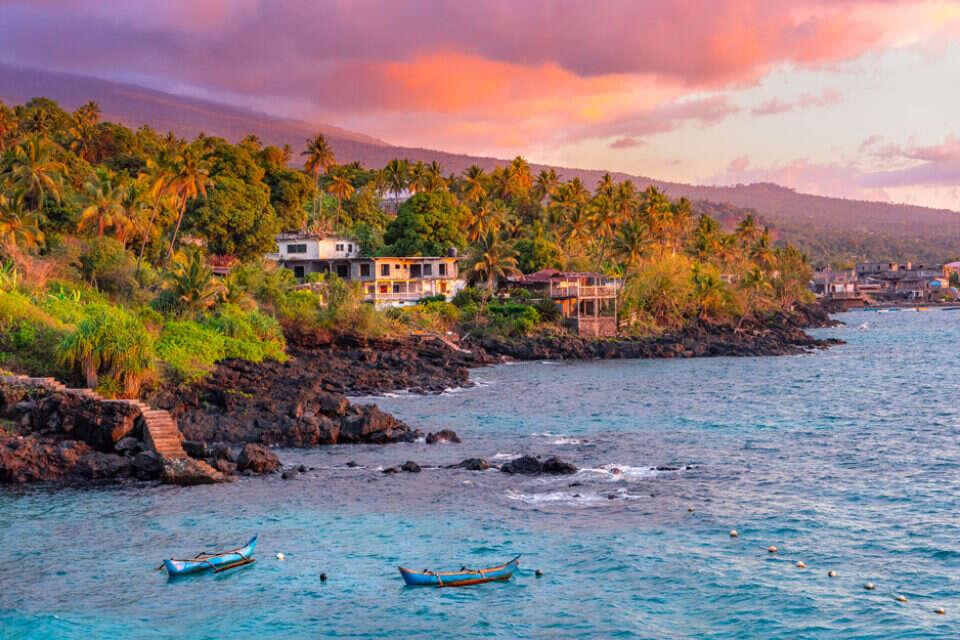 Towards normalization with the Comoros - what does the Israeli tourist have to look for there? | Israel today 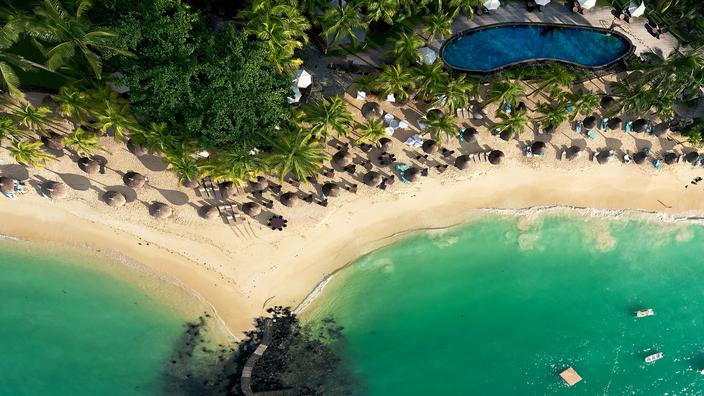 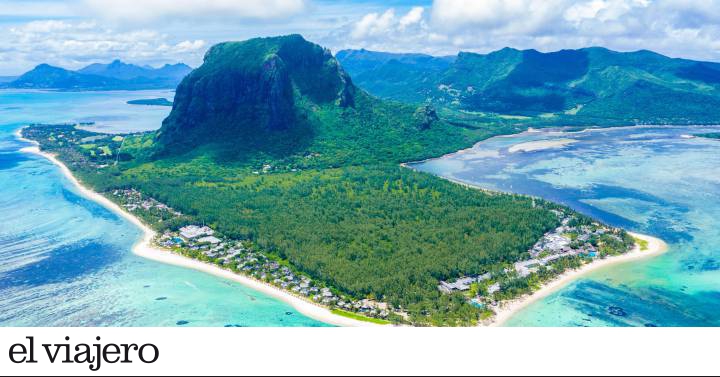 Mauritius, the island that caught Baudelaire 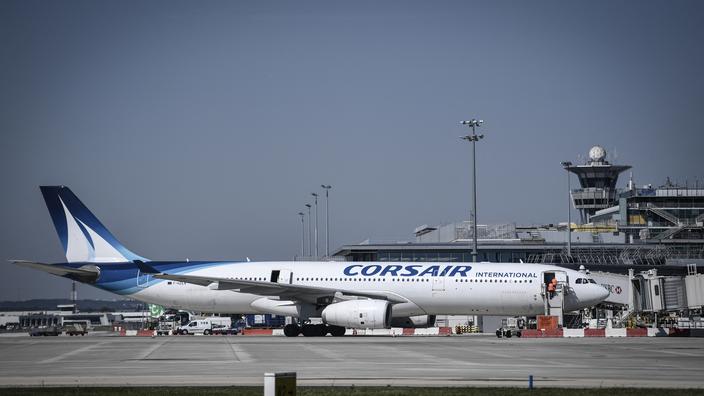 Faced with the Covid, Corsair and Air Austral will cooperate 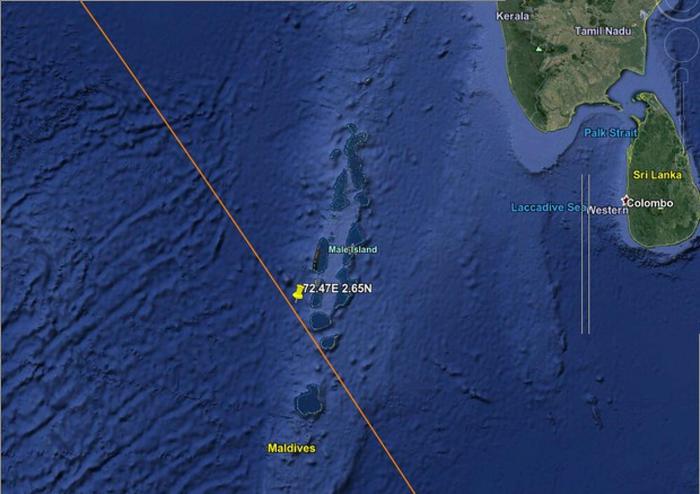