In the land of happy chickens: this couple turned a hobby into a real organic business

Florian Bock and his wife Monika from Altkirchen have been working with chickens for eight years, initially only as a hobby. They now run a certified organic farm and reveal why their chickens have a happy life here. Florian Bock and his wife Monika from Altkirchen have been working with chickens for eight years, initially only as a hobby.

They now run a certified organic farm and reveal why their chickens have a happy life here.

“There always has to be a rooster in a flock of hens, otherwise the hens will become aggressive.” You could also say: Like a strict patriarch, he regulates the social structure. “We have probably done everything wrong that could be done wrong “, Says Florian Bock.

Bought unvaccinated chickens, then fed them incorrectly and too much.

"That was an expensive hobby." Story.

He and his wife looked through specialist books, sought advice from the poultry breeding association and quickly learned that, despite all idealism, there is also a lot of bureaucracy to be considered.

For example, that you have to register chicken keeping with the veterinary office.

And what began in 2013 with a few chickens for self-sufficiency will be a certified organic farm from October 1st of this year.

The goats now keep a lot of poultry in Altkirchen, spread around their family home: 80 laying hens, 160 fattening hens and seven geese should feel at home here.

They have leased half a hectare of land for this.

The chickens of the Lohmann Brown breed lay around 300 eggs a year.

Even if it has only been enough as a sideline: "Bock's Weidehendl" has meanwhile a good name in the region.

“The demand is enormous,” they say.

Fresh eggs, meat from happy chickens - the demand has risen sharply, especially during the pandemic.

"We also make sure that the feed is organic," emphasizes Florian Bock. It has to, otherwise there is no certification, compliance with the Bioland criteria is strictly controlled. Sometimes it is also a matter of good taste: "I have the impression that my chickens prefer the organic feed to grains from the industry standard," the 42-year-old observed. The two chicken farmers get the feed from Augsburg, "Regionality and thus short delivery routes are important to us." Above all, it is important that the animals have enough exercise space: there is a good four square meters of exercise space per Lohmann Brown laying hen. Just free-range.

But also what is appropriate to the species has its limits.

The life of this high-performance poultry is felt to be short: after 14 months, they are slaughtered and sold as soup chickens.

Because the constant egg production takes its toll.

"After a year, the shell becomes too thin and brittle, and the eggs can no longer be sold," explains Bock.

The slaughter takes place on site

The slaughter takes place on site, but Florian Bock doesn't do that himself: “For this you need a corresponding certificate of expertise. And I don't have that. ”It seems that that's okay with him too. If you want a soup chicken, you have to order in advance from the Bock family and sometimes wait until the slaughter takes place again. That can easily take half a year, just drive by and take it with you - that is not possible here. Fattening hens have an even shorter life expectancy than their female counterparts: they are pepped for 60 to 70 days, allowed to scratch in the sand and run around. From three kilograms live weight is over. Delivery time: eight to ten weeks "and only on order," says Monika Bock.

The roosters are better off there, as they can live up to ten years.

"If the roosters do not become aggressive with age, they will die a natural death with us," says Monika Bock.

"Otherwise they go into the soup."

In the land of happy chickens: this couple turned a hobby into a real organic business 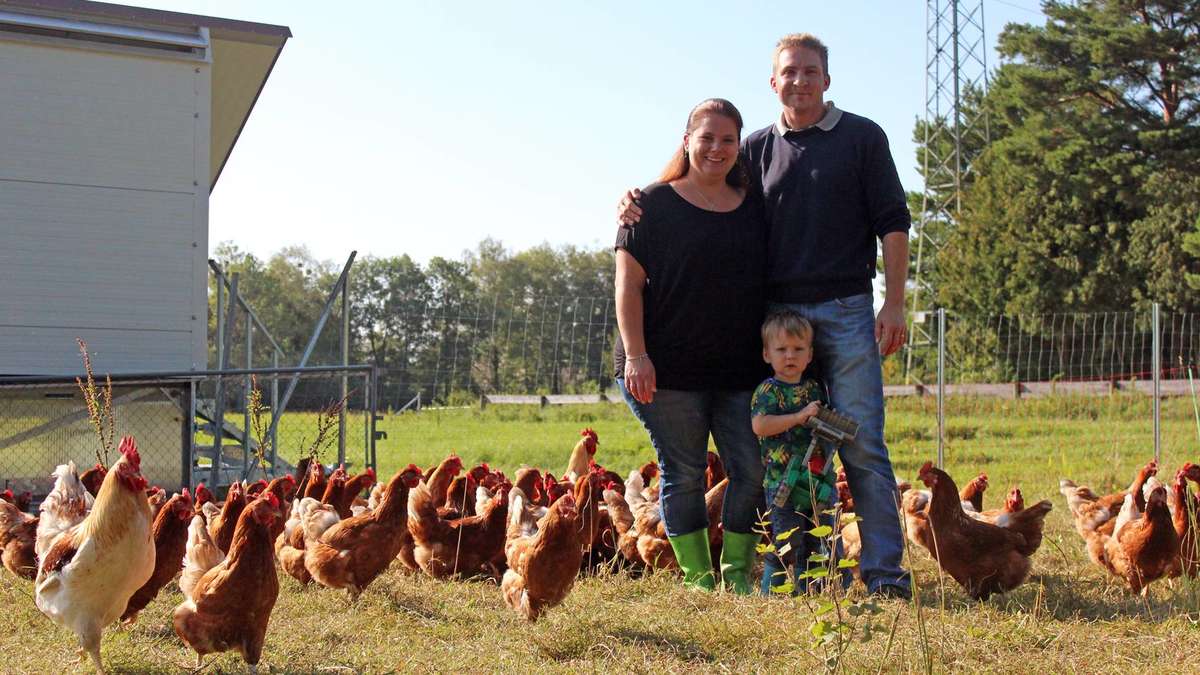 Chicken paradise on the B2 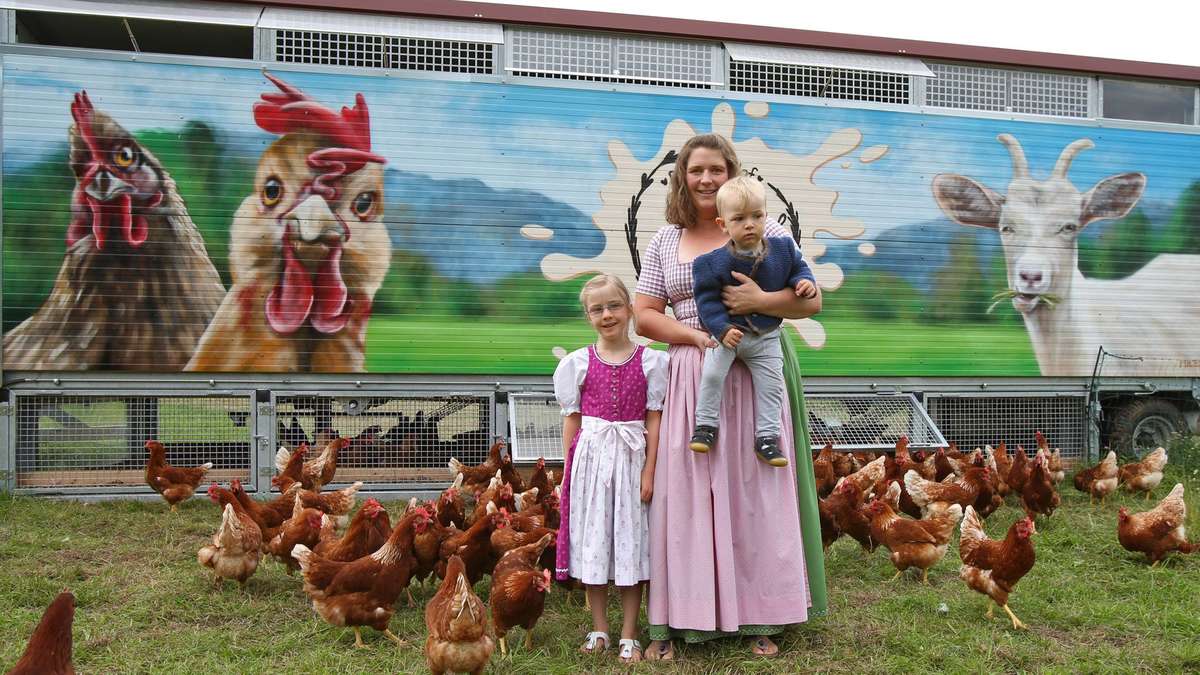 Chicken hype: The Naring family explains why they came to poultry Cycle to where milk and eggs come from 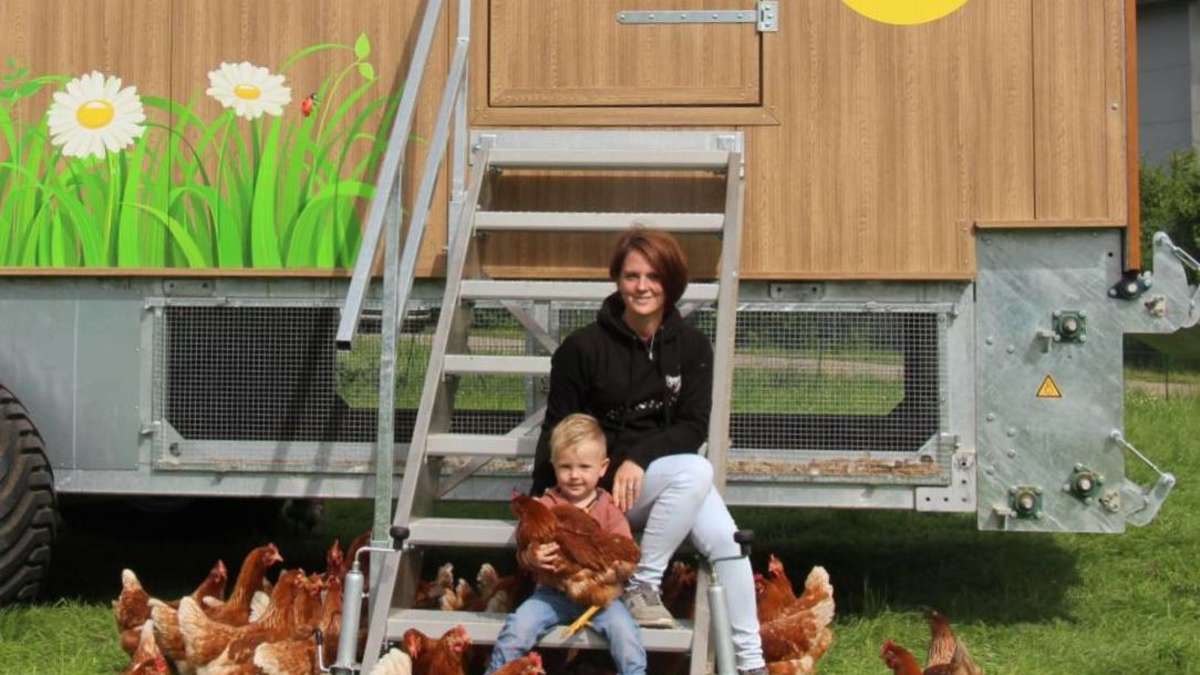 The story of the mobile Pasenbacher chicken coop began on the most beautiful day of your life: the feathered wedding present The need to transform: Tegernseer Land natural cheese dairy is striving for the organic seal 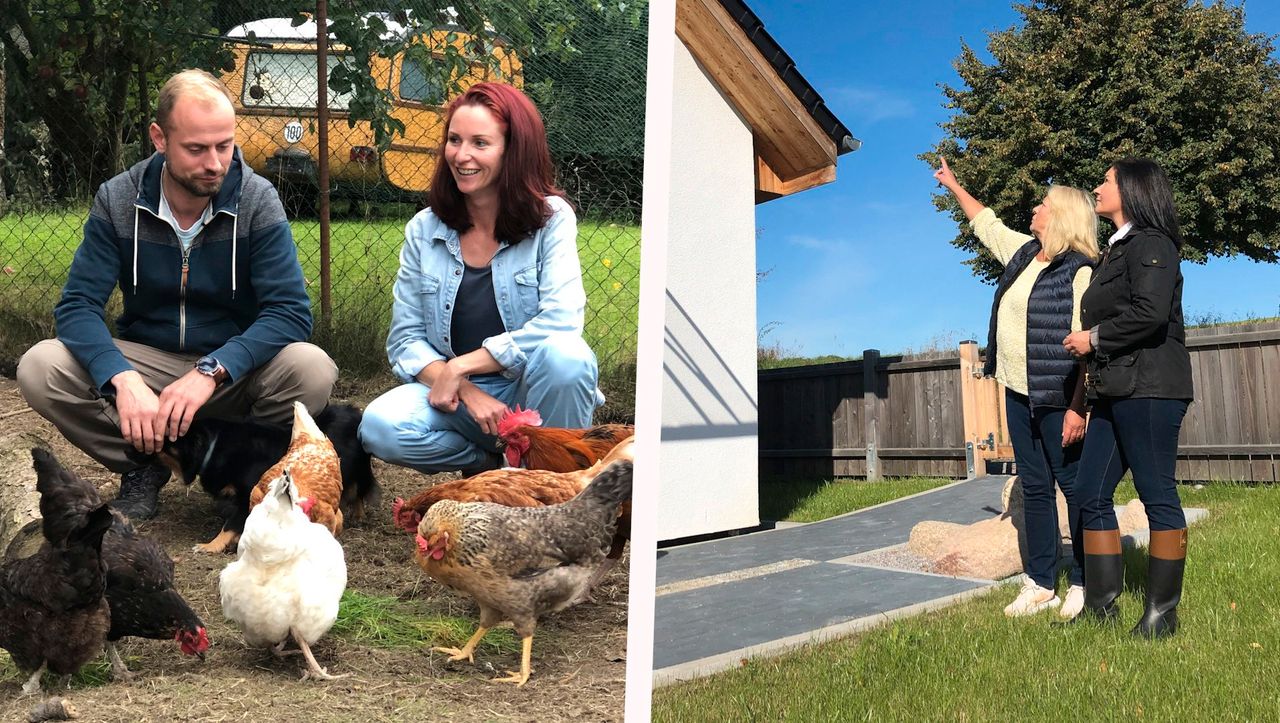 City dwellers in search of village romance: the great freedom in the rabbit enclosure