Chen Zeming: "The National Security Law of the Port Area" is more moderate than the United Kingdom and the United States, and is discussing the reform of the self-regulatory mechanism 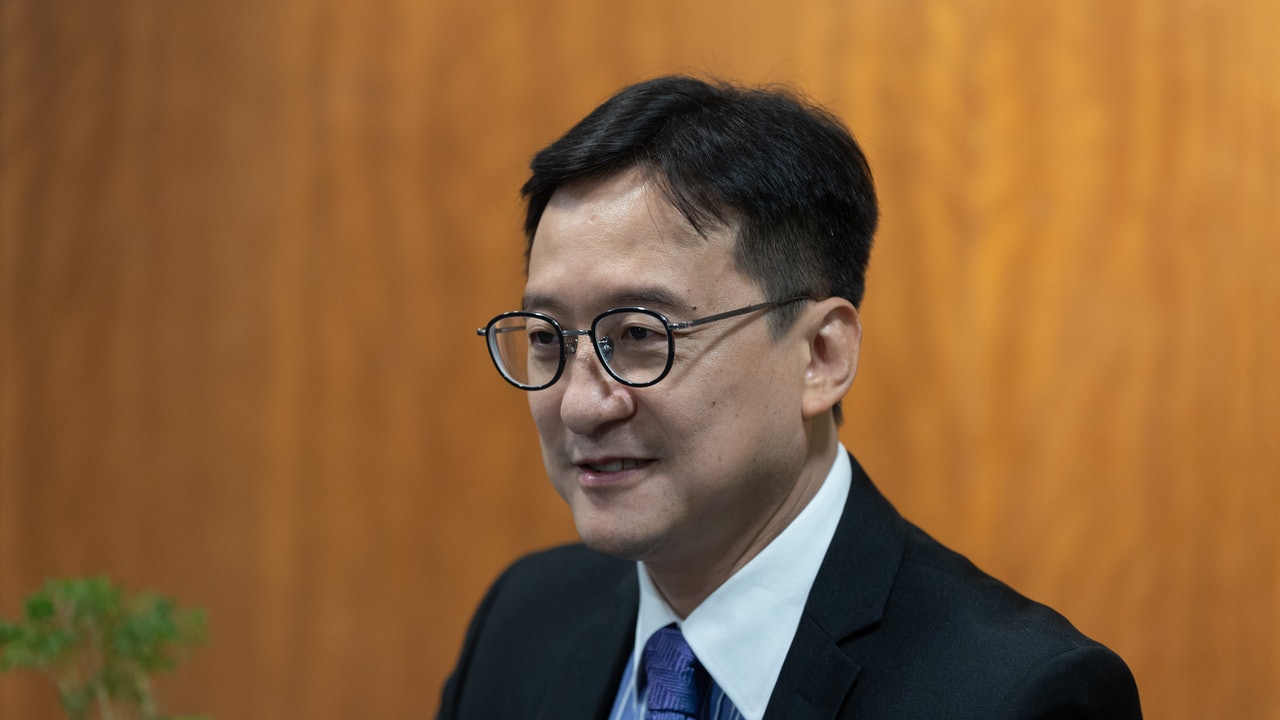 The Law Society of Hong Kong held a general election for the board of directors earlier. The former vice president Chen Zeming was elected president, Li Yaming was renewed as the vice president, and Yu Guojian and Tang Wenlong were the new vice presidents.

The leadership of the Law Society met with the media today (20th). Chen Zeming said that every time he attended an international occasion, he would also reflect the actual situation in Hong Kong instead of "smearing powder" for the government.

For example, he pointed out that the provisions of the National Security Law of the Minato District are milder than those of the United Kingdom, the United States and other countries. He also believes that the appeal mechanism of the local courts is effective and emphasizes his responsibility to explain to the community.

The Ma Jiajian case aroused heated debate in the community earlier, and the Law Society has also spoken out on the case many times.

Chen Zeming pointed out that no organization can be perfect. He, as the chairman, will try his best to improve if he sees room for improvement. He also discusses with the team how to reform, and will continue to review and review, but he needs the support of all directors and expresses his righteousness. Arrange for all directors to meet Zheng Ruohua, the Secretary of Justice.

The leadership of the Law Society was interviewed by the media today. Chen Zeming said that every time he attended an international occasion, he would also explain to foreign countries what is meant by the "Hong Kong National Security Law", emphasizing that the "National Security Law" is not particularly strict compared with foreign national security regulations.

For example, he pointed out that the provisions of the National Security Law are milder than those in democratic countries such as the United Kingdom and the United States, and that there is nothing "particularly outrageous" in Hong Kong. He also pointed out that once the law has been "promulgated", the public must abide by it.

He said that if the public is unclear, they can seek justice from the court, and if they are dissatisfied, they can appeal. He believes that the whole mechanism is effective.

Chen Zeming emphasized that he has the responsibility to explain further to the society.

As for whether there is "political suppression" in Hong Kong, he said that he cannot comment and can only explain it from a legal perspective.

Chen Zeming pointed out that Hong Kong has faced many challenges in the past few years, such as social incidents, and some people have also questioned the regression of the rule of law.

He clearly stated that he still has great confidence in the rule of law and judicial independence is an important core value of Hong Kong.

Chen Zeming emphasized that he values ​​the international image of Hong Kong and emphasized his responsibility to tell the world that Hong Kong has "business as usual" and also mentioned that the Law Society is paying close attention to new developments in the Greater Bay Area.

Chen Zeming himself has also taken the exam for the newly established Greater Bay Area Lawyers Practice Examination this year. He said that he heard that the results will be announced in September. He believes that after Hong Kong lawyers are admitted to the Greater Bay Area, their appeal to foreign investors will be greatly enhanced.

Chen Zeming pointed out that Hong Kong has faced many challenges in the past few years, such as social incidents. Some people have also questioned the retrogression of the rule of law. He emphasized that he still has great confidence in the rule of law and that judicial independence is still an important core value of Hong Kong.

Tools are being developed to save lawyers’ working time, or compulsory professional training and risk management courses will be introduced in the future

Li Yaming, the vice chairman of the Law Society, specializes in international affairs, innovation and technology, and believes that better technology is used to provide better legal services to the public. Code) knowledge, but emphasize that it is not to make lawyers become programmers, but hope that lawyers will have more opportunities to use data analysis, application development, artificial intelligence, etc. in the future.

He revealed that he is working with the Science Park to develop technology tools for lawyers to simplify existing procedures and allow them more free time.

Tang Wenlong, the new vice president, pointed out that he has been involved in organizing the Law Society activity "Green Teen Plaza" for ten years. He pointed out that there was no difference between "yellow and blue" in the past, and emphasized that the spirit of the rule of law must be upheld.

Yu Guojian, who is also the new vice president, said that he will be responsible for the conduct and discipline of the conference, emphasizing that the lawyers will strictly enforce supervision, hoping to prevent a small number of problematic personnel from affecting the industry.

He also said that although the Law Society has always been regarded as passive by the outside world, there are actually a lot of actual work, but many cannot be disclosed.

He said that the Law Society will strengthen prevention work in the future, such as compulsory professional training or risk management courses.

Zhang Daming's resignation from the Law Society Council Member Peng Yunxi respects the decision: Thank you for your contribution Chen Zeming takes over as the President Interview丨Lawyer President Chen Zeming: Ji leads the Council to visit Beijing to expedite the national security law trial process. Will Hear Tan Dezhi’s Arrest | There are more gray areas in the crime of sedition

Chen Zeming: Will the "Hong Kong National Security Law" be more modest than the British and American lawyers to avoid sensitive issues

Chen Zeming: "The National Security Law of the Port Area" is more moderate than the United Kingdom and the United States, and is discussing the reform of the self-regulatory mechanism 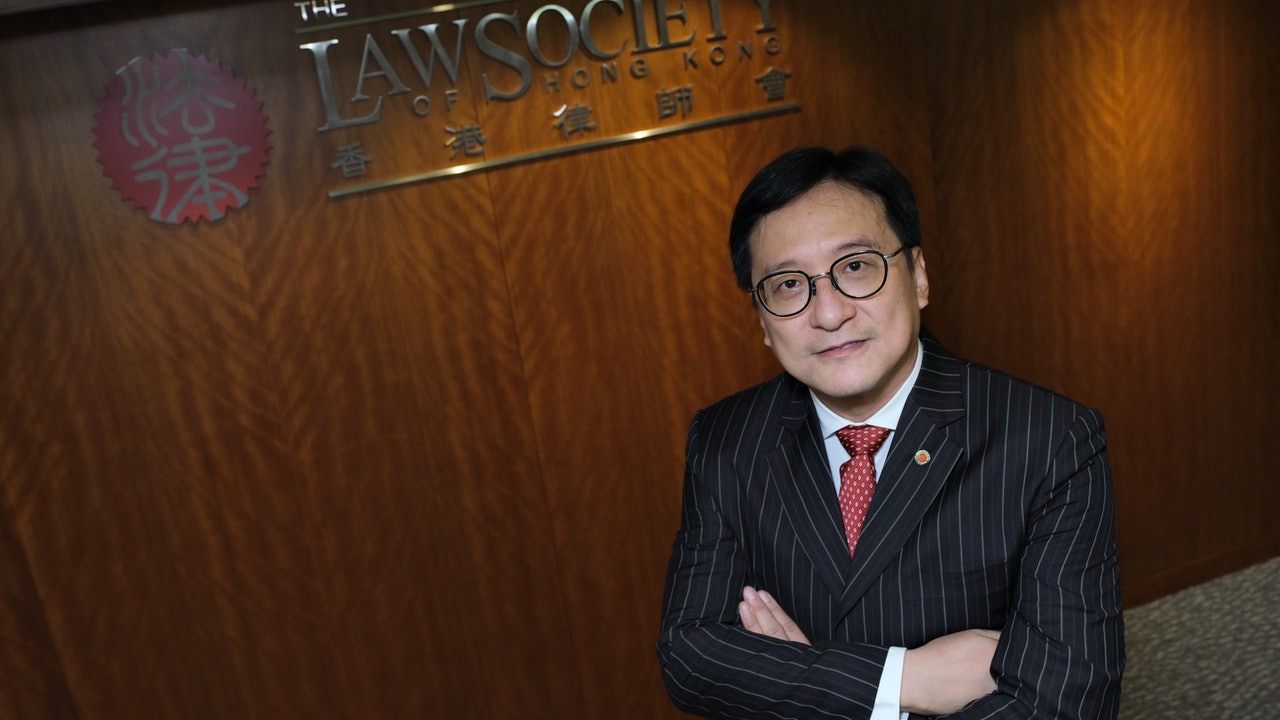 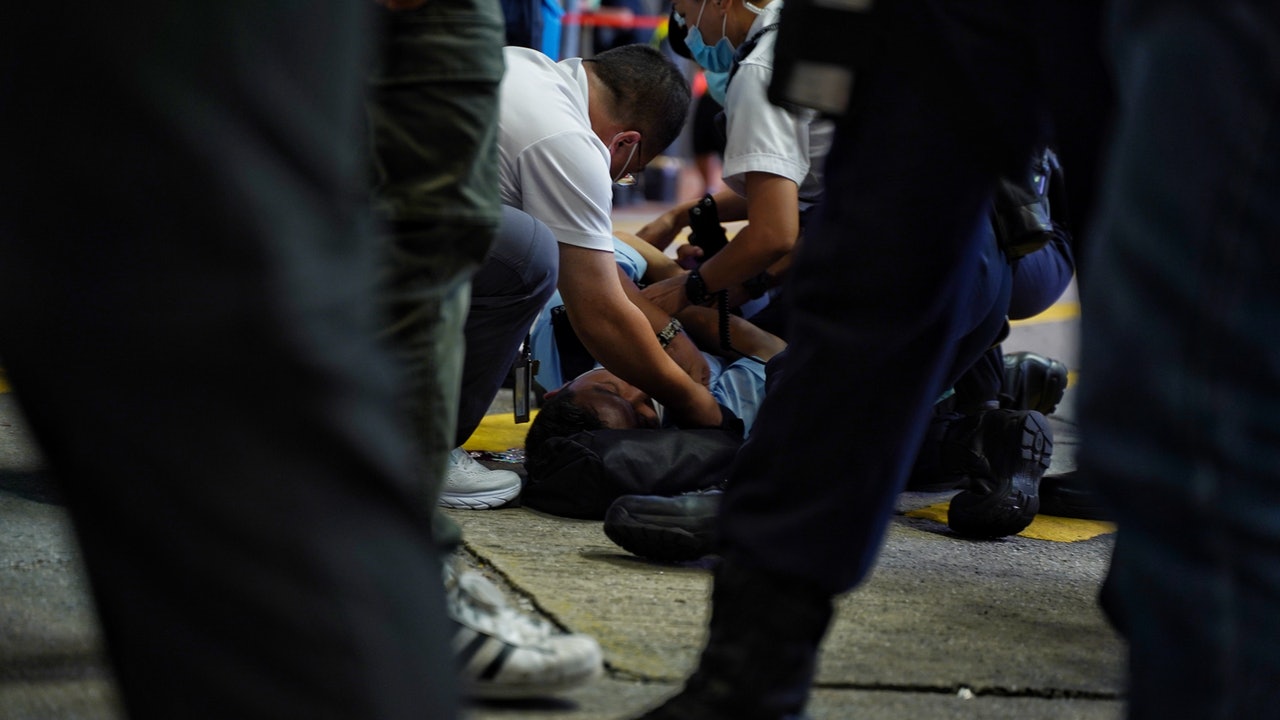 Chen Zeming was elected as the new president of the Law Society: Adhering to the political neutrality of Lam Cheng's opinion, he will listen to it if it makes sense 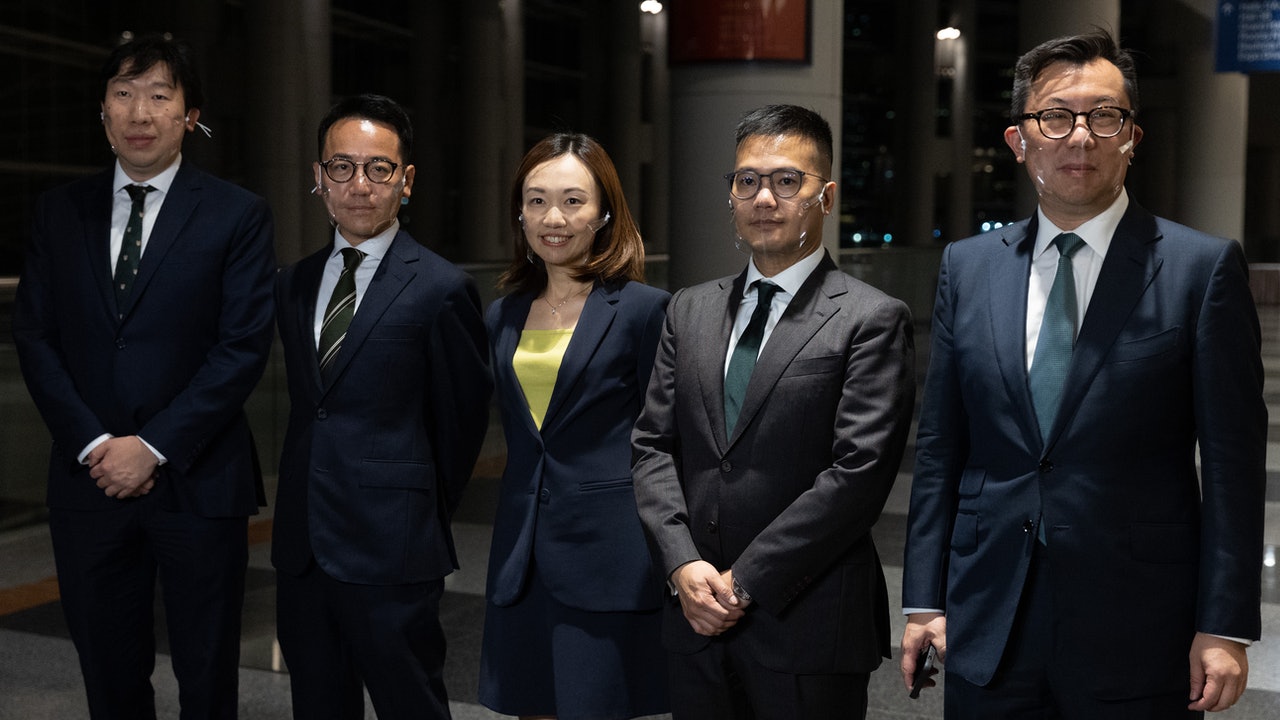 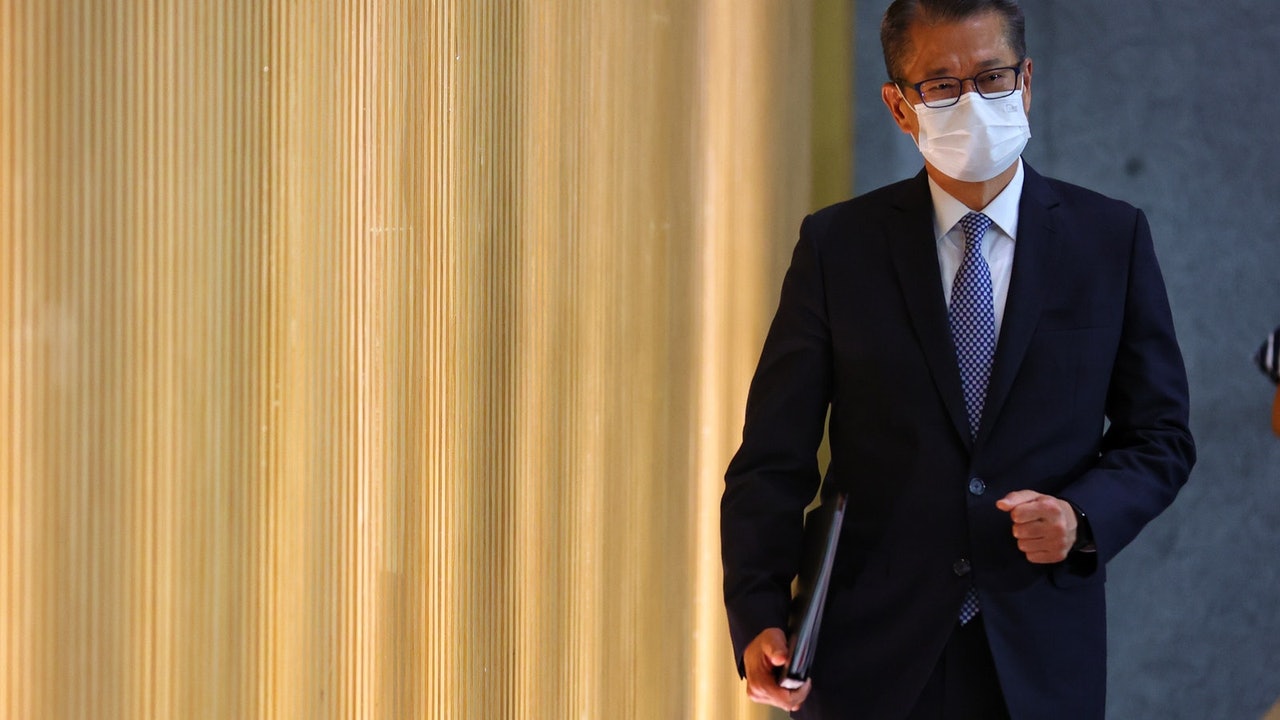 Then criticize the US hypocritical hegemony and call for respect for China’s sovereignty Chen Maobo: Should not interfere in Hong Kong affairs 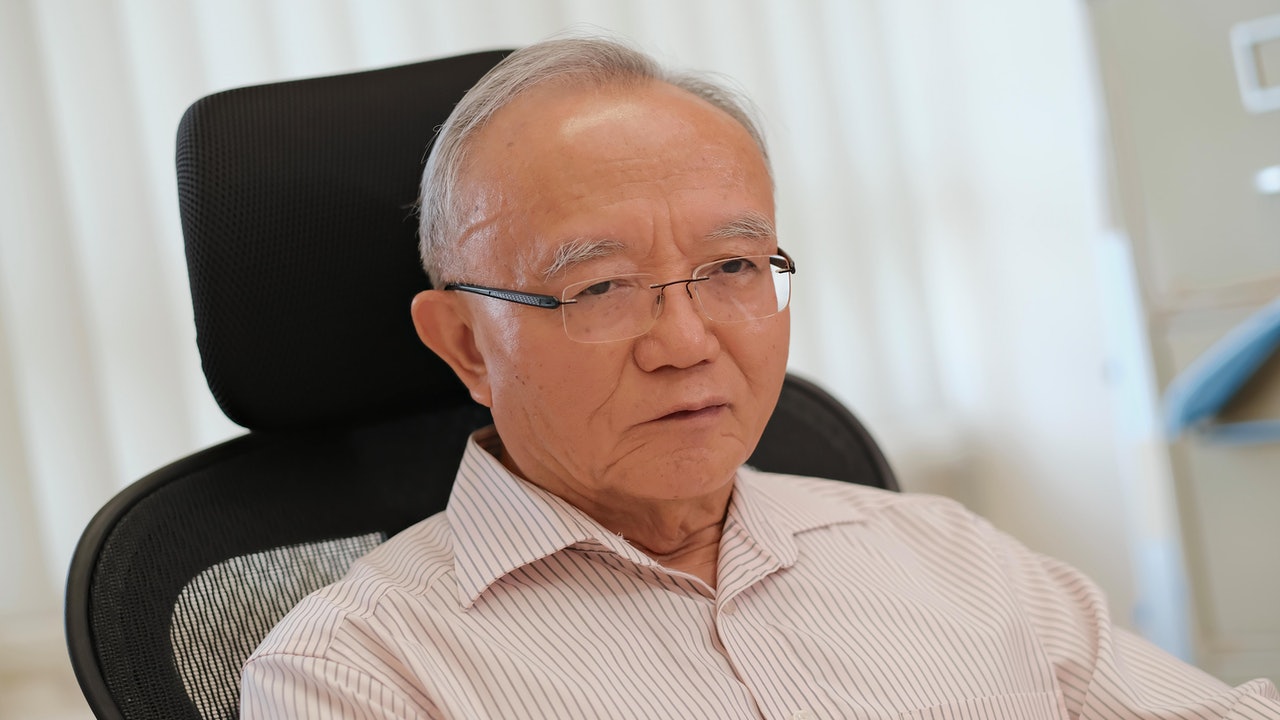 Ministry of Foreign Affairs Facts List︱ Liu Zhaojia: China has no illusions about the United States, agents in Hong Kong will be hit hard