Habeck with outburst of anger at the Green Party conference shortly before the federal election: "Stupid debates"

Green leader Robert Habeck made clear statements about the election campaign on Sunday. He sharply criticized the Baerbock competition. 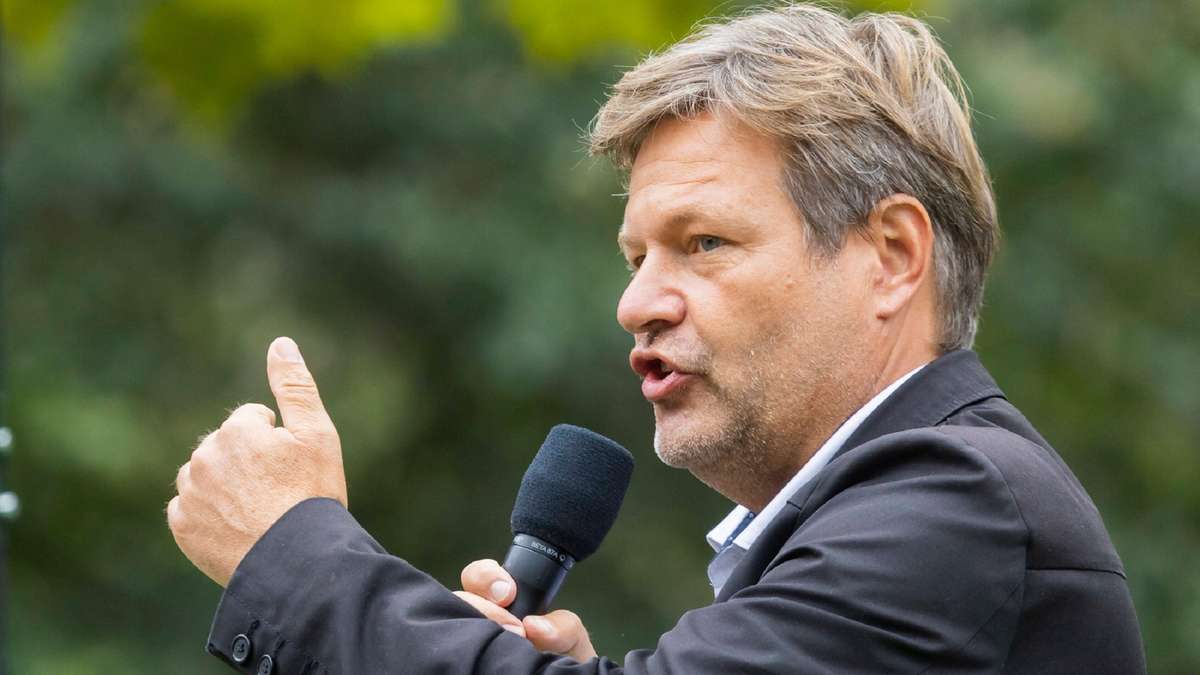 Green leader Robert Habeck made clear statements about the election campaign on Sunday.

He sharply criticized the Baerbock competition.

Berlin - In the run-up to the federal election on September 26, the Greens and their candidate for chancellor had to take a lot.

With a view to this, Greens boss Robert Habeck has now expressed himself.

And sharply criticized the election campaign so far.

"We got stuck in stupid, in stupid debates that were pulled up again and again by the political competitors and have blocked the actual discussion," he said on Sunday at a Green party conference in Berlin.

"Something was wrong with this campaign."

The actual challenges of the present have not been discussed in the past few months, Habeck denounced. At the beginning of the election campaign, the Federal Constitutional Court actually created the conditions for a competition for the best ideas in a ruling on the Climate Protection Act. Because the judges would have said at the time: Whoever protects the climate protects freedom. “So we were at a point where the election campaign had the chance to shape a new era, to shape a new discussion. Instead, Popänze were set up. ”These were supposed to prevent competition for the future shape of the country, criticized Habeck.

The chairman of the Greens paid his personal respect to the outgoing Chancellor Angel Merkel (CDU). Over the past 16 years she has given this country a lot “with a high willingness to make sacrifices, with a very great, highest personal integrity, with her eternal power to differentiate and her great humanity,” he said. Nevertheless, it is urgently necessary that a political era come to an end, "which has interpreted politics in such a way that it should be as apolitical as possible".

Habeck with outburst of anger at the Green Party conference shortly before the federal election: "Stupid debates"