Manny Pacquiao to run for president of the Philippines in 2022

Manny Pacquiao said he will run for president of the Philippines in 2022, after criticizing corruption in the government. 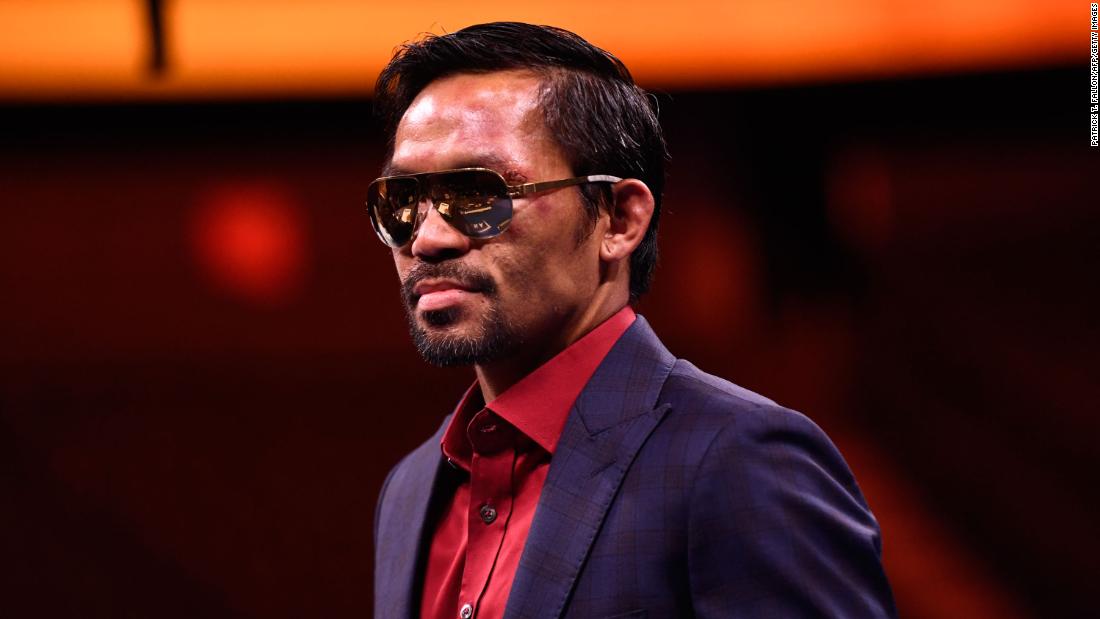 Pacquiao and the difficulties of boxing over 40 2:02

Boxing star Manny Pacquiao said on Sunday he will run as a candidate for the Philippine presidency in 2022, after lashing out at government corruption and what he calls President Rodrigo Duterte's "cozy" relationship. with China.

Pacquiao accepted the nomination of his political allies during the national assembly of the faction he leads in the ruling PDP-Laban party, days after a rival faction nominated Duterte's former adviser, Senator Christopher "Bong" Go, as its presidential candidate. .

That faction nominated Duterte for vice presidency, a move critics called a cynical tactic by Duterte to retain power.

Go rejected the nomination, but the rift between the Pacquiao and Duterte factions has intensified.

Filipino Manny Pacquiao speaks during a press conference following his loss to Cuban Yordenis Ugas in the boxing match for the WBA Welterweight Championship, held in August in Las Vegas.

"I am a fighter and I will always be in and out of the ring," said Pacquiao, 42, a senator, in a speech broadcast live during the assembly.

"I accept your application as a candidate for President of the Republic of the Philippines."

The Pacquiao faction has not voiced support for Duterte's bid for vice presidency.

The Constitution prohibits Duterte from running for a second six-year term as president.

Pacquiao, one of the greatest boxers of all time and the only man to have held world titles in eight different divisions, did not comment on his 26-year professional career.

Behind the favorites in polls

Despite his popularity, Pacquiao lags behind the favorites in opinion polls, which have been consistently led by Duterte's daughter, Sara Duterte-Carpio.

In July, PDP-Laban removed Pacquiao as party leader, weeks after the boxer challenged Duterte for his position on China and his record of fighting corruption, but his faction within the political force rejected this removal.

Heartwarming letter from Jinkee Pacquiao to her husband 1:19

Pacquiao, who has been a close ally of Duterte in the past, had said that more than 10 billion pesos (US $ 200 million) in aid for the Covid-19 pandemic to poor families was unaccounted for, adding that this it was just a single discovery in his planned corruption investigation.

His crusade against corruption comes when the Senate has opened an investigation into the alleged overpricing of medical supplies and equipment purchased under the government's pandemic response program.

Duterte challenged Pacquiao to name corrupt government offices to show that the boxer was not doing politics before the election.

Pacquiao responded by warning of the possibility of jailing corrupt officials: "Your time is up!" 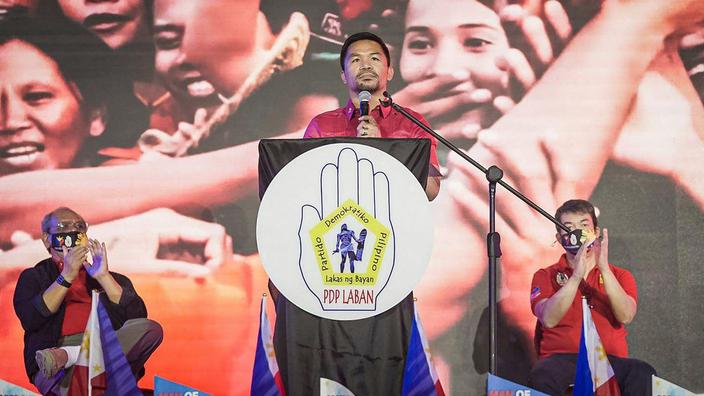 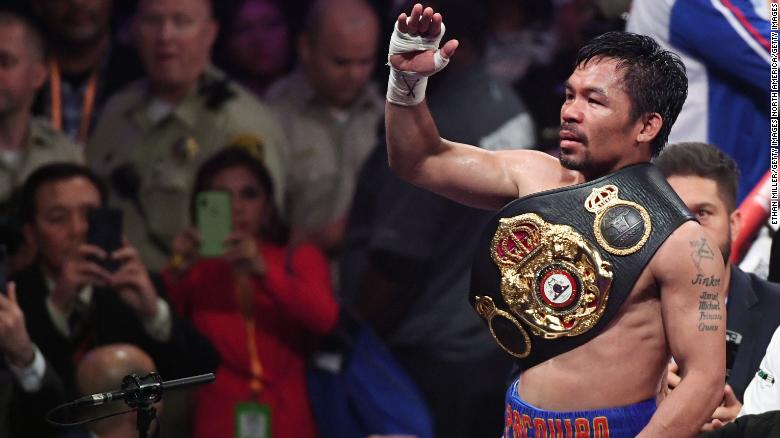 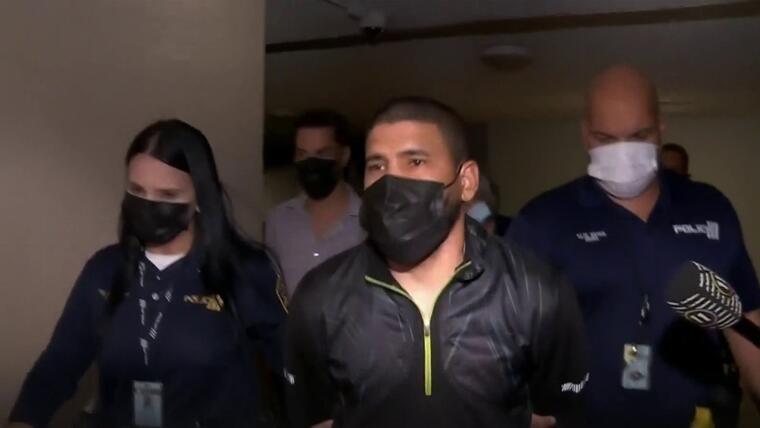 Manny Pacquiao to run for president of the Philippines in 2022 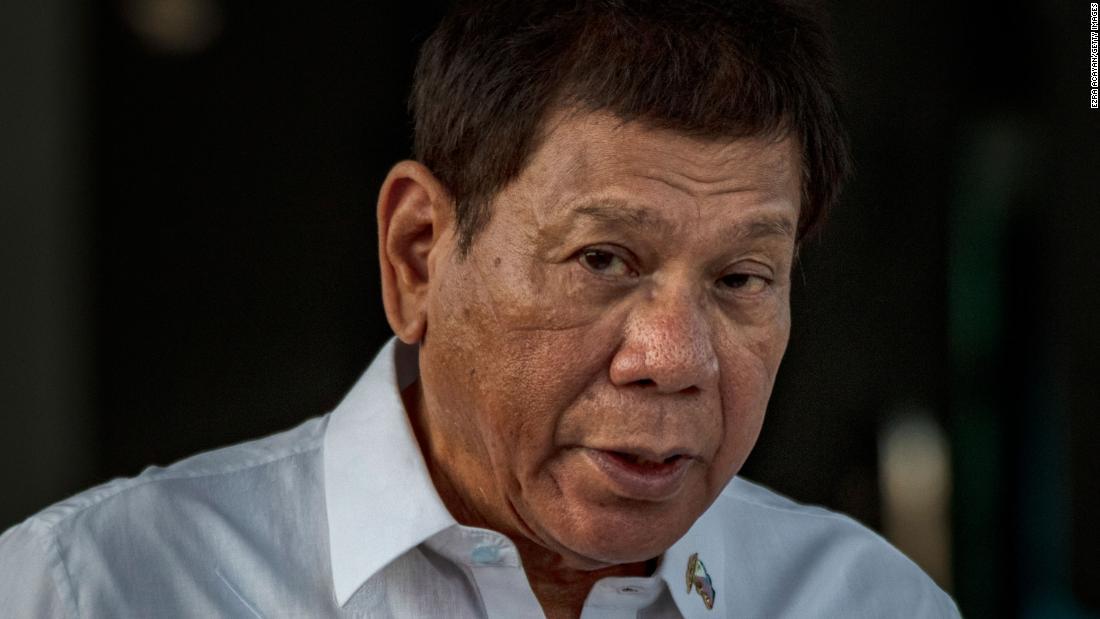 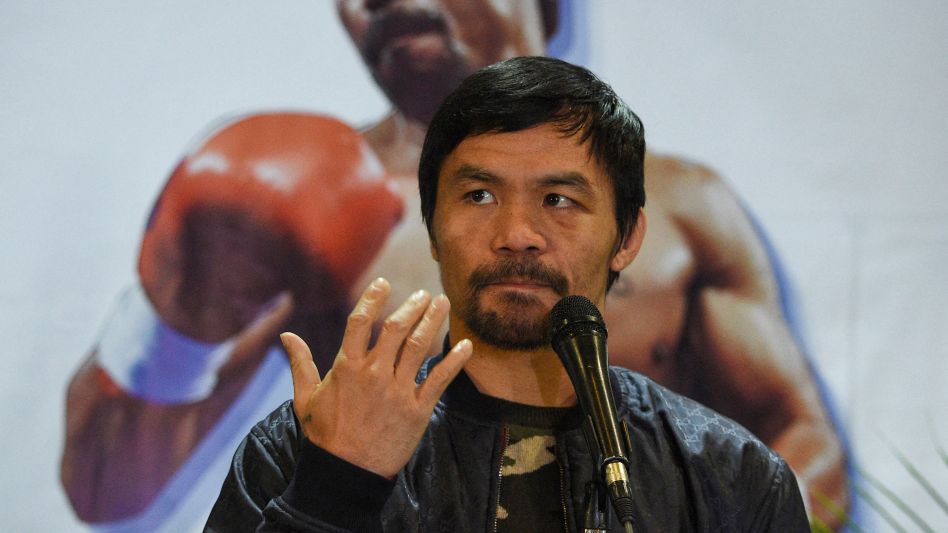 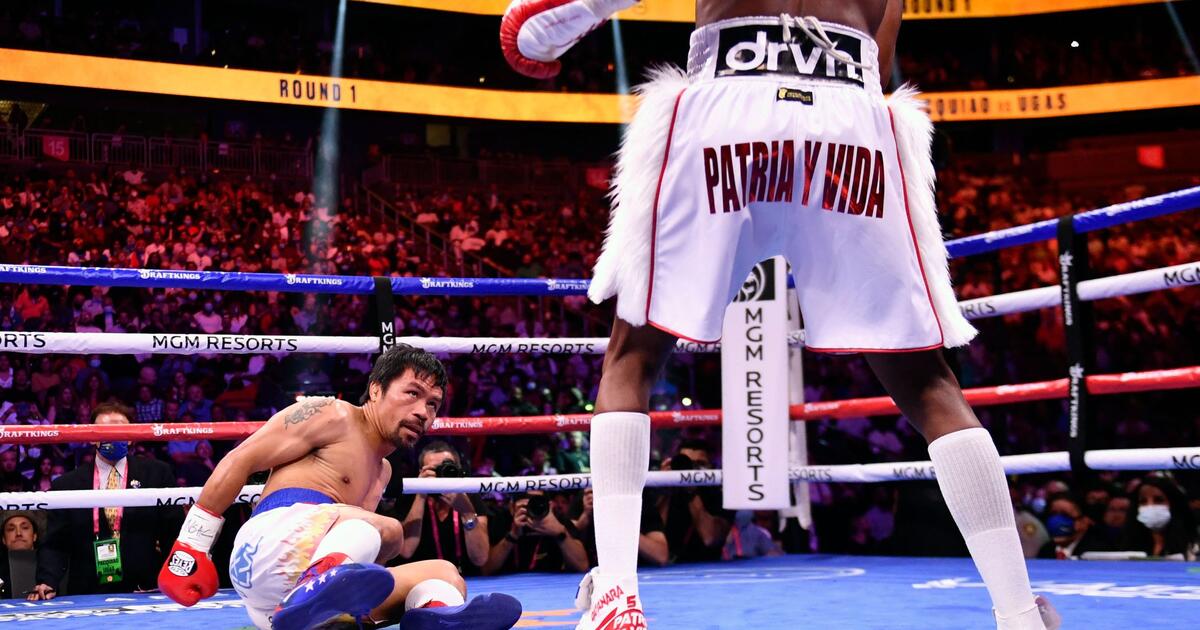 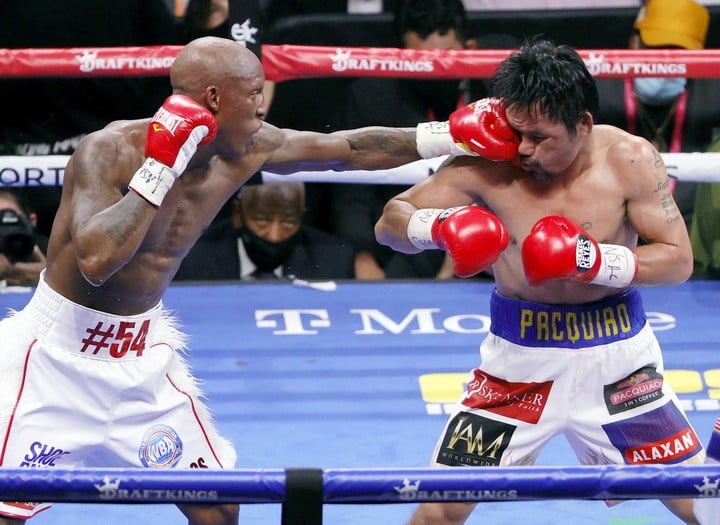