A few days before the federal election, the district youth council in the district of Ebersberg organized a U-18 election. It has a clear winner - but it also brings fluctuating results. A few days before the federal election, the district youth council in the district of Ebersberg organized a U-18 election.

It has a clear winner - but it also brings fluctuating results.

- If it were up to those young people in the federal constituency of Erding-Ebersberg who took part in the nationwide U18 election, Bündnis90 / Die Grünen would be the winners.

The “other parties” received a total of 477 votes (21 percent) and thus landed in second place in the overall result. These include, for example, the Free Voters, Die Linke and the AfD.

That emerges from the result of the U18 federal election published on Monday.

21 percent for “other”: This is how the young people voted in the U-18 election.

In the district of Ebersberg, the district youth council had taken over the organization of the U18 election.

According to Jessica Aichelburg, advisor for youth work, there were ten polling stations.

In Poing the CSU wins, in Grafing the Greens are marching towards an absolute majority

According to Aichelburg, almost 1,900 schoolchildren in the Ebersberg district cast their second vote for a party. The first votes, with which the direct Bundestag candidates are elected, were only recorded in six polling stations. There is no concrete district result, only that related to the entire constituency. But our newspaper has one single result: from Poing. Here the CSU achieved the majority, the Greens only ended up in sixth place, behind the AfD.

In Vaterstetten, the SPD and AfD are tied at the top, each with 24.5 percent.

In Ebersberg, the CSU is ahead with 28.8 percent, followed by the SPD in second place with 18.1.

In Markt Schwaben, the AfD does not play a role at all: Here the SPD is 42.1 percent ahead of the Greens with 31.2 percent.

Important topics: the environment, digitization, racism - and voting from the age of 16

The U18 election is intended to give young people the opportunity to cast their vote, at least in theory, in order to show politicians who those who are not yet allowed to vote would vote.

A survey conducted by our newspaper among schoolchildren at the Poing Middle School showed that they are particularly concerned with the topics of digitization in schools, environmental and climate protection and racism.

When asked whether young people should be allowed to vote at the age of 16, the 16-year-old middle school student Justin from 9th grade replied: “Yes.

Because 16-year-olds already have an opinion and every 16-year-old should be able to think clearly. "

By the way: All developments and results for the upcoming federal election from your region as well as all other important stories from the Ebersberg region are now also available in our regular Ebersberg newsletter. Costs for compulsory tasks are rising unchecked: 18 million euros for the youth in the district U18 federal election in the Ebersberg district 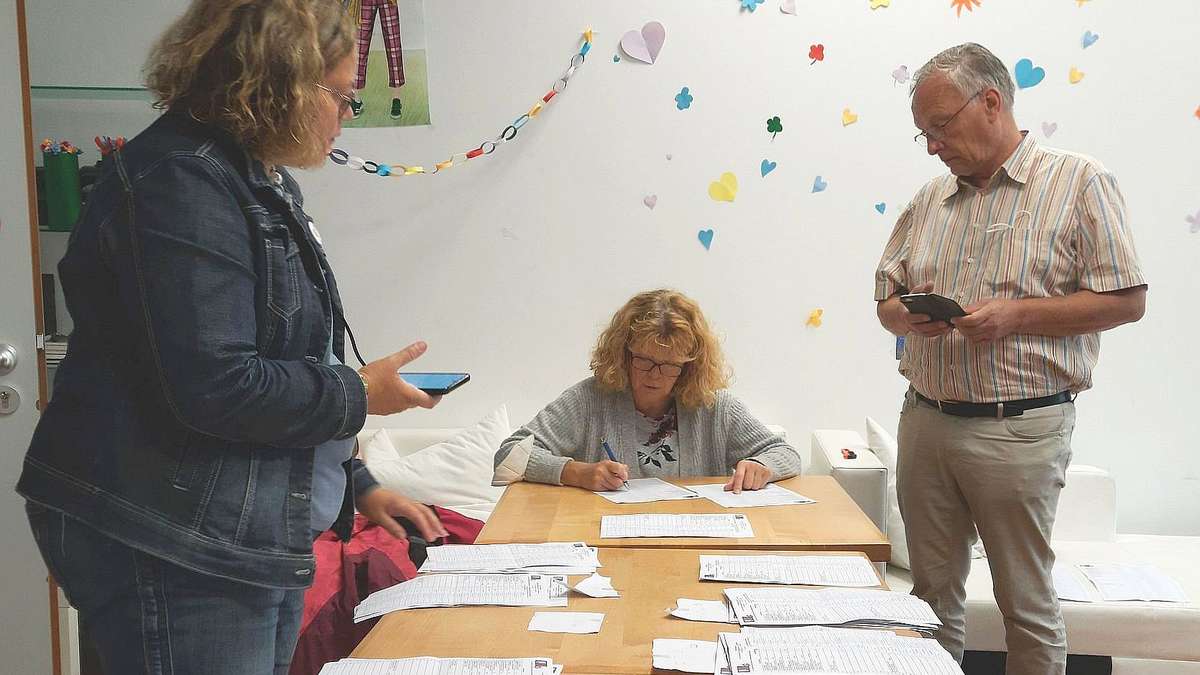 The students of the Anni Pickert School have voted: CSU prevails

Federal election 2021 in the district of Ebersberg: All results and news in the live ticker