Talk host Markus Lanz uses his rejection of a further grand coalition of the SPD and CDU / CSU as an opportunity to ask why he does not want to exclude a red-red-green coalition equally.

Kühnert replies that he is not even aiming for a three-party coalition: "We saw four years ago how difficult it can sometimes be after federal elections to get a democratic majority for a government together."

It is important, continues Kühnert, “not to rule out the possibility of talks with one another among democratic parties. At the same time, however, it is very important to make it clear what you want and what you want to prevent under all circumstances. The SPD wants to prevent the CDU and CSU from participating in government at all costs in this federal election. ”Should the result of the coalition talks nevertheless be a grand coalition under Armin Laschet (CDU), he does not rule out voting against his own party:“ Who me would like to protect against that, has the opportunity until Sunday to do something about it on the ballot paper. "

Volker Wissing, on the other hand, gets a calculation from host Lanz that a Jamaica coalition is no longer possible because of the coalition commitment of the SPD and the Greens.

Wissing says he has no desire to hold coalition talks before the election: “The fact that red-green like to work together is nothing new.

The fact that the parties, which used to form a political camp, are closer is nothing new.

But at the weekend there was also a federal party conference of the FDP, where we also reminded people that we are closer to the Union in terms of content and that we have a different idea of ​​tax policy and the question: How do we deal with the debt brake? "

Federal election 2021: Luisa Neubauer is frustrated by the election campaign

Climate activist Luisa Neubauer thinks little of the coalition deal: “It is an election of the century that we are facing.

The parties and the media had a summer to inform people about what is at stake here, what is the real phase in terms of world climate, how deep the catastrophe is.

And at no moment this summer, in hardly a conversation, in hardly any format did I have the feeling that someone actually dares to put it on the table.

And just when everyone started to talk about the climate in an organized manner, one suddenly realized: Oh, there are only a few weeks left until the election and now we can talk about possible coalition options - in every conversation. "

"Markus Lanz" - these were his guests on September 21:

Talkmaster Lanz insists on asking Neubauer about her membership in the Greens.

He asks whether she is not exactly disappointed in her own party, after all, “feel-good rhetoric” can also be heard from there.

Neubauer defends himself against the party-political stamp: “When you talk about my own people, then I think of the climate movement.

And we really gave everything we could have done in this election campaign. ”“ But you're with the Greens, aren't you? ”Lanz makes sure.

Neubauer: "Well, on paper - what does that mean?"

Lanz explains that the Greens are the extended arm of the street movement Fridays for Future, represented in parliament.

Neubauer decidedly refuses: “No, I think that's an understanding of the climate crisis of 2003 or something.

So: Hey, there is mankind's greatest crisis in the whole world and we have an opposition party there and they can sort it out for us.

What kind of understanding of politics ?!

What kind of understanding of democracy ?!

What kind of crisis understanding ?!

The climate crisis concerns every party and the Greens recognized this earlier than others. "

Climate protection dispute at "Markus Lanz": Neubauer and Kühnert in a clinch

Kevin Kühnert explains the slow progress in climate protection measures from his point of view: “We have no language for the climate crisis in Germany. We lack a translation into everyday German for what the IPCC report and others have given us. And the mere enumeration of scenarios of how they can occur is not enough in and of itself to convince people of the need to take concrete action The whole story is that the SPD first boasted that the CO2 price was so low. At the beginning, when you came around the corner with this insane proposal of ten euros. That it was effectively completely ineffective, so actually a ridiculousness and a mess of every person who had the feeling: Wow,the government understood. "

Neubauer reproaches Kühnert that at no point in the last eight years of government had the SPD insisted on climate protection so much that the Social Democrats threatened to break the coalition.

The former JuSo chairman does not want to accept the blanket criticism: “We have to differentiate between getting started with the measures and what is enough.

Is it the first time that we have a climate protection law with sector targets?

Are ministries like Andi Scheuer's, if they fail to meet their annual savings targets, obliged to explain how they intend to do so within the shortest possible time?

Who got that through?

The SPD in the coalition negotiations in 2018. "

“Maybe we have to take a step back. Wow, it's really depressing, "says Neubauer and tries to explain it again towards Kühnert:" The GroKo's climate policy was so bad that the Constitutional Court said: It doesn't work that way. Then they said, thank you, we were happy to lose to you and put a climate law in motion that was so bad again, again incompatible with the goals of Paris. I think that's an interesting fact at first, as the GroKo is now staging itself as the one who should do climate protection. You really have to hope that people won't buy it from you. Because all we know from the last eight years is: It probably didn't go that well. ”From Kühnert's perspective, this is not mutually exclusive:"We are in a democracy - we need majorities!"

Wissing calmly follows the intense dispute between Neubauer and Kühnert: “We are already one step further.

Because we have a climate agreement that we have to adhere to.

And not just because we signed it, but because the Federal Constitutional Court demands that of politicians.

That means, it doesn't matter how the majorities are composed, the Federal Constitutional Court will demand that this be implemented. "

At “Markus Lanz”, climate protection activist Luisa Neubauer puts pressure on politician Kevin Kühnert (SPD), whose party is currently in government responsibility. Politician Volker Wissing (FDP) does not interfere in the dispute. Only towards the end of the program do Kühnert and Wissing discuss matters beyond climate protection: pension security, minimum wages, tax plans. 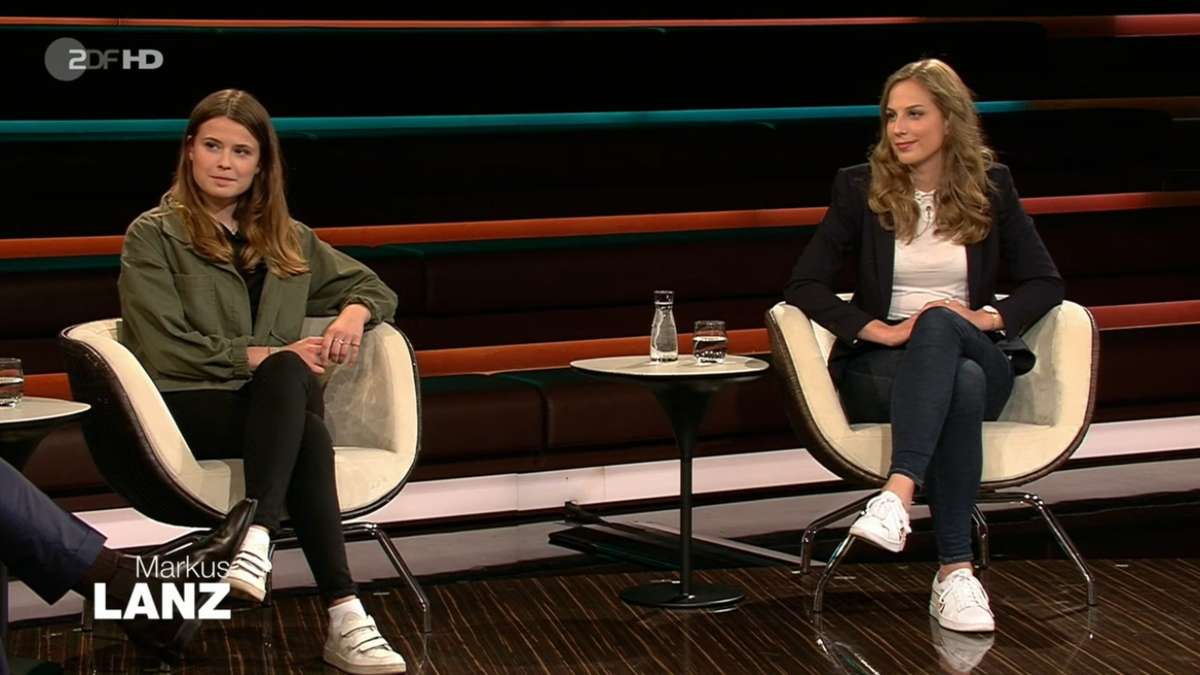 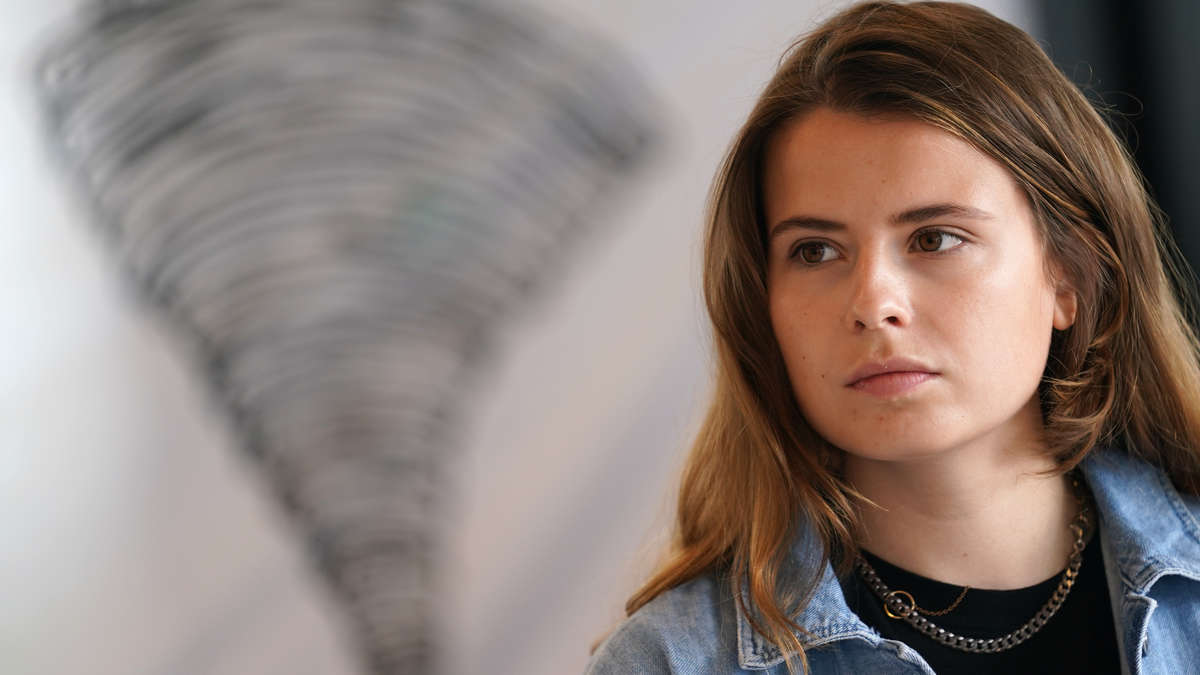