At about 8 pm on the Mid-Autumn Festival (21st), the authorities received a report that a man fell from the height of the Jinshi Building, 52 Shek Yam Road, Kwai Chung, and fell off the platform of the building. The ambulanceman rushed to the scene after receiving the report. After inspection, it was confirmed that the victim 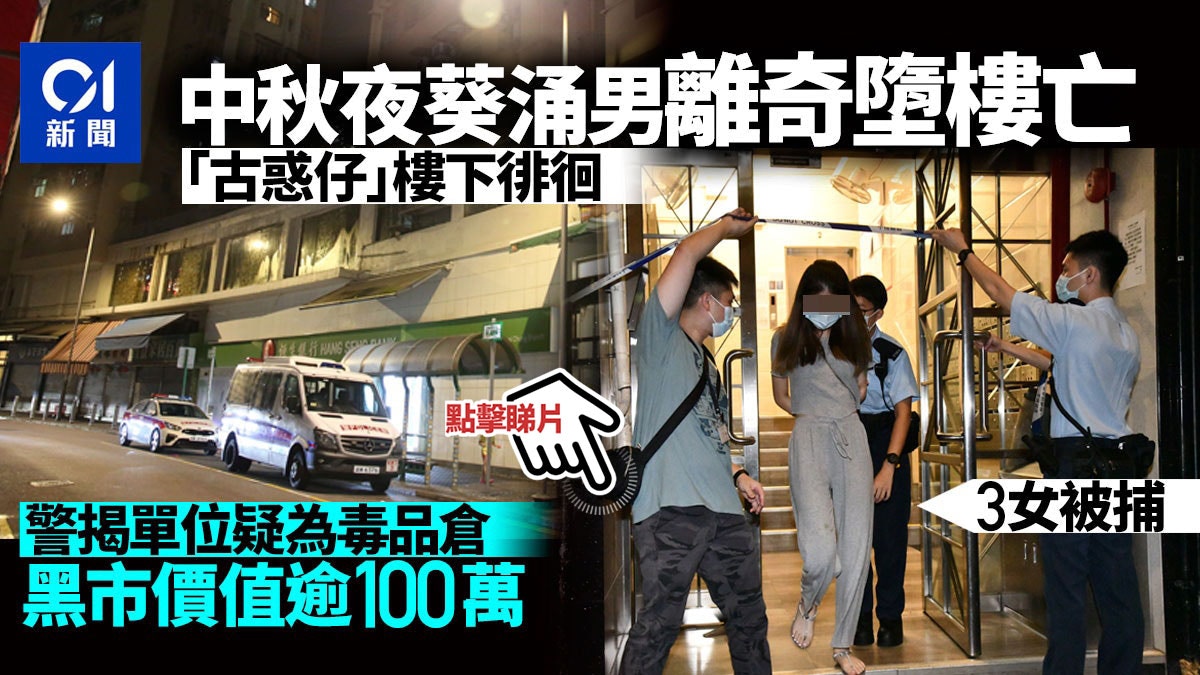 At about 8 pm on the Mid-Autumn Festival (21st), the authorities received a report that a man fell from the height of the Jinshi Building, 52 Shek Yam Road, Kwai Chung, and fell off the platform of the building.

The ambulanceman rushed to the scene in response to the report. After inspection, it was confirmed that the victim was obviously dead.

The police blocked the scene for investigation.

Some police officers brought shields to go upstairs, and some guards with shields stood outside the main entrance of the building. The atmosphere was tense.

The police classified the case as "Someone fell from a height" to follow up, and called FEHD staff to the scene to help transport the body to the mortuary.

It is understood that during the investigation of the fall from the building, the police officers of the Kwai Chung Divisional Duty Squad found that there were suddenly suspicious cars downstairs, and some "young and Dangerous boys" were hovering downstairs. They felt that the case was suspicious and immediately blocked them. During the entrance and exit of the building, two women were found in the building to leave, claiming that they were not residents, but one of them was carrying the key to the unit of the deceased who had fallen from the building, so they conducted further investigations.

After entering the unit, the police officers found that there were a variety of different drugs, including packaged cannabis, cocaine, and ketza. It was estimated that the market value was over one million yuan, so the two women were taken away; and the wife of the deceased He returned to the scene and was also taken away by the police.

The above three women were also detained by the police on suspicion of "drug trafficking" for investigation.

It is reported that the deceased was named Li, 23 years old, and he was also wanted in a drug case.

The police are investigating whether the cause of his fall is related.

It is estimated that the "Young and Dangerous" downstairs suspected that there was an accident in the "storage warehouse" at the site and hoped to pick up the "goods" from the unit as soon as possible to reduce losses. A woman first visited the building to reduce the risk. Unexpectedly, the plan failed, and the police crime team has taken over the investigation.

The police said that at 8:32 pm on the 21st, they received a report from a resident at No. 52 Shek Yam Road, stating that a man was found lying on the platform on the site, suspected of falling from a height.

The 23-year-old victim Li Nan was certified dead at the scene.

The police officer did not seize the suicide note at the scene. After preliminary investigation, it is believed that the male victim fell from the roof of the upper site. The cause of death has yet to be determined after an autopsy.

Police officers intercepted 3 women near the scene, the wife of the deceased (Long, 18 years old), and two Youren (23 and 20 years old) named Huang and Wu respectively, and they were found in a unit on the site. A batch of drugs.

The above three women were arrested on suspicion of "drug trafficking."

The cases were classified as "drug trafficking" and "someone fell from height" and were referred to the Kwai Tsing District Crime Squad for follow-up. 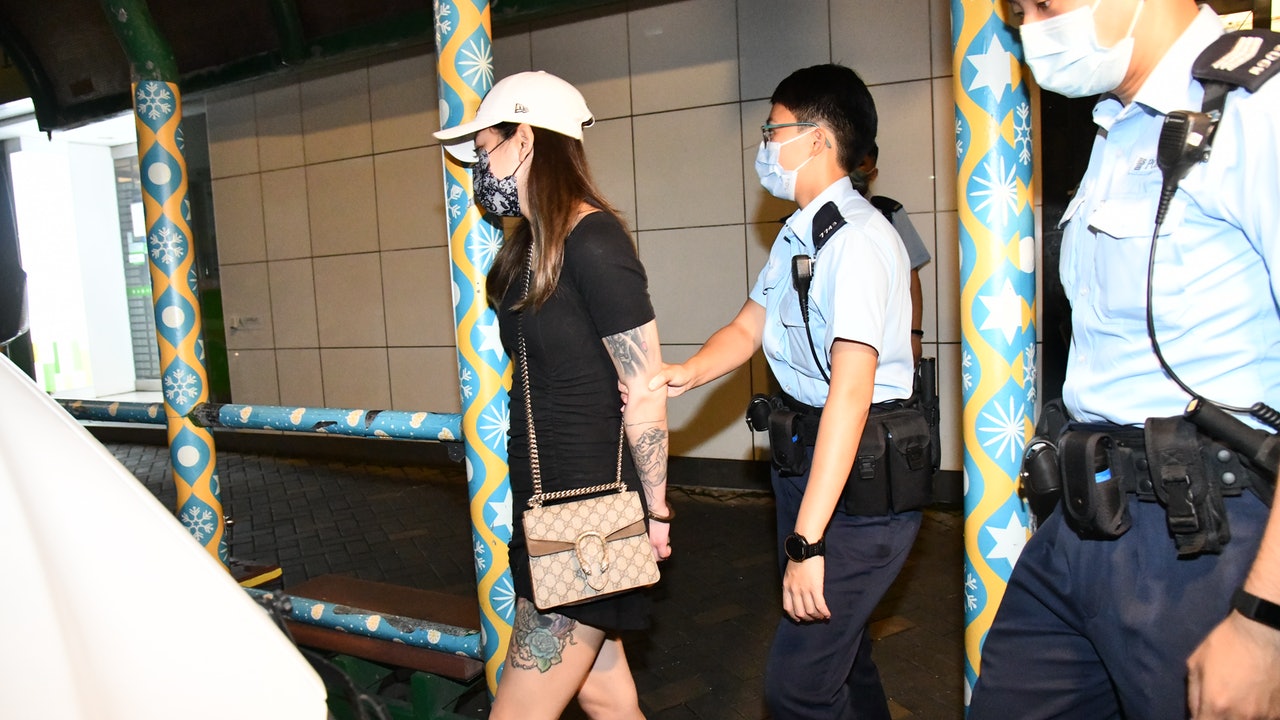 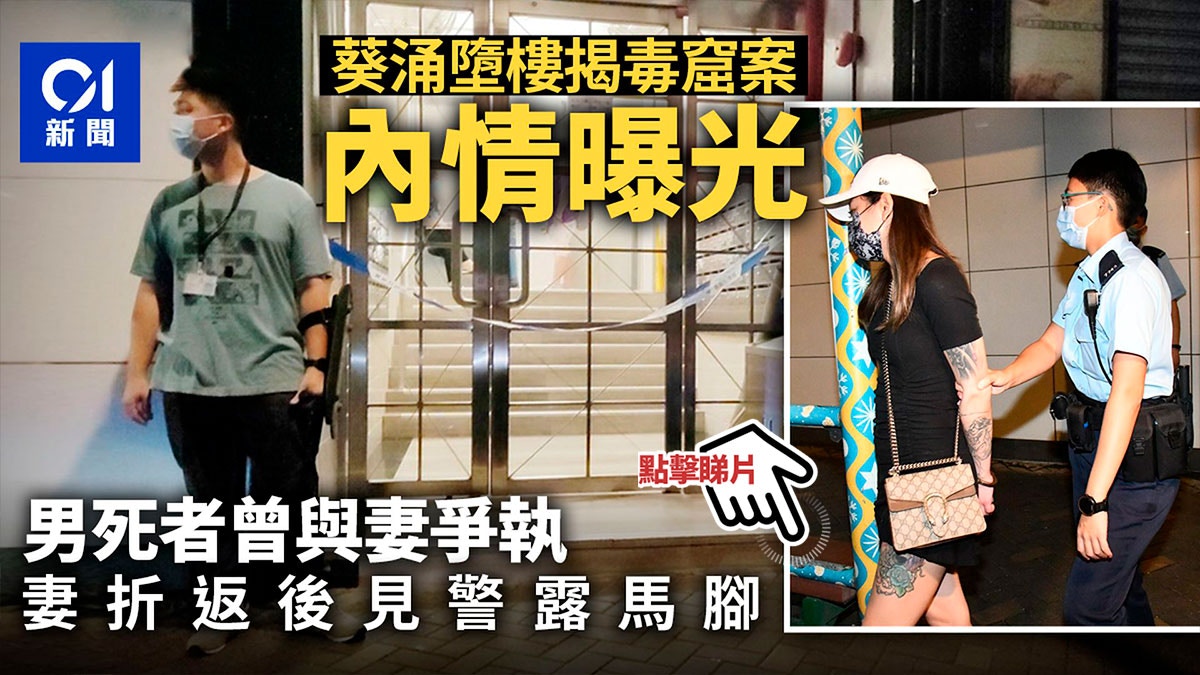