Confusion about the Landtag account: instead of Söder and Aigner, a blonde lady suddenly appears on the Instagram page

Instead of politics, he suddenly shows Turkish stars.

Munich - Suddenly a blonde lady is emblazoned on the profile picture of the Bavarian State Parliament, the State Parliament building has disappeared: Well, what's going on?

A spokeswoman confirmed the dpa on request: The Instagram account of the Bavarian state parliament was hacked.

And apparently the hack lasted a long time: the blonde lady could be seen until early evening.

The short links at the top of the profile did not send the profile visitors to the state parliament website, but to YouTube videos by a Turkish artist and a Turkish singer.

Political motives are currently not assumed in the state parliament - according to the spokeswoman.

Instagram account of the Bavarian State Parliament: To be seen after a hacker attack by Turkish entrepreneurs

It was about the Bavarian Constitution, bees and charities: Usually the account shows political issues, often also the work of the President of the State Parliament, Ilse Aigner (CSU).

Markus Söder (CSU) - who is himself active on Instagram - also shows up, but much less often than Aigner, for example.

But on Thursday afternoon there were suddenly changing images, all of which obviously had nothing to see with the state parliament.

According to dpa, the state parliament showed a Turkish entrepreneur and a woman on Instagram who pretended to be a clairvoyant online.

Hacker attack on the Bavarian state parliament: what motives could be behind it?

Whether the attack was actually not targeted is currently being examined in detail in the state parliament.

Attackers repeatedly paralyze social media accounts - and not just through people sitting and working at the computer from somewhere.

Automatically running programs - so-called bots - can also be at work.

Nevertheless: so shortly before the general election, the alarm bells in the Bavarian state parliament are likely to have rang quite loudly when the attack was noticed.

The popular TV chef and conspiracy theorist Attila Hildmann was also the victim of a hacker attack *: His Telegram channel was hacked for political reasons - and there were even quick confessors.

Confusion about the Landtag account: instead of Söder and Aigner, a blonde lady suddenly appears on the Instagram page 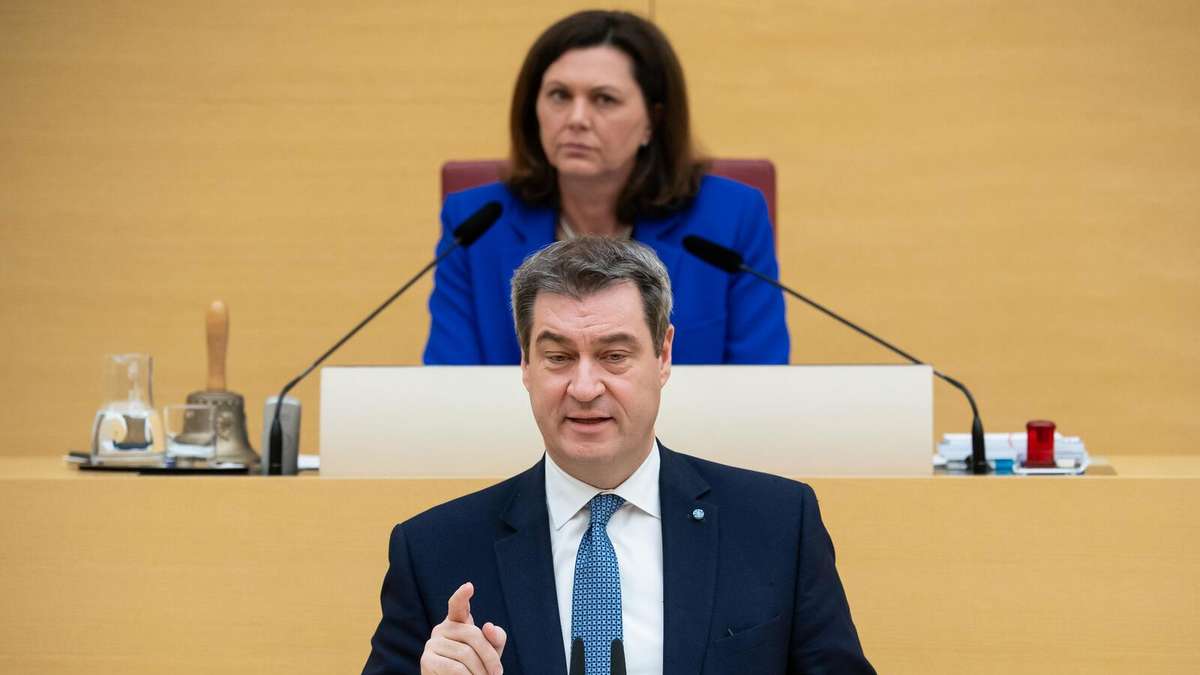 Söder receives Bavarian Constitutional Medal - criticism is immediately loud: "Why not erect a monument right away?"

Söder receives Bavarian Constitutional Medal - criticism is immediately loud: "Why not erect a monument right away?"