Damascus, SANA- The Board of Directors of the Credit Risk Guarantee Corporation announced the launch of its first products represented in guaranteeing the financing of banks The Board of Directors of the Credit Risk Guarantee Corporation announced the launch of its first product, which is to guarantee the financing of public and private banks to establish small projects in industrial areas.

SANA met the Director General of the Agricultural Bank, Ibrahim Zeidan, as the bank is one of the largest shareholders in the institution’s capital. He explained that the start of offering guarantee products comes after the completion of the preparation of bilateral agreements regulating work between the institution and the operating banks and financing institutions and the signing of them by many banks.

Zeidan pointed out that the Foundation was able to launch as an emerging institution within the national economy towards achieving its main goals of removing obstacles to obtaining financing for owners of small and medium enterprises in order to promote development and secure new incomes for those wishing to establish projects as well as for those with limited income.

For his part, the Director General of the Corporation, Mamoun Katbeh, revealed that the number of banks that signed bilateral agreements with the Corporation has increased to 6, after expressing their desire to work according to the mechanisms of the loan risk guarantee system, which are the “industrial, agricultural, cooperative, savings banks, Jordan, Syria, Qatar National, and Bemo Saudi Fransi.”

A writer pointed out that signing more agreements with banks that initially agreed to them contributes to expediting the provision of new products, such as guarantees for “loans for professional and craft workshops, scientific professions, alternative energy projects, and small projects based on alternative energy.”

It is noteworthy that the new Board of Directors of the Corporation, which was elected yesterday after the end of the previous Board session, consists of 9 members, seven of whom are elected by the General Assembly, and two non-shareholders are a member from the Ministry of Economy and Foreign Trade, named by the Minister of Economy, and a member named by the Monetary and Credit Council. Soon at the Risk Guarantee Corporation… Providing guarantees for loans for professional, craft and scientific workshops and alternative energy projects Within days... Inclusion of new small projects in the commercial financing program in cooperation with the Local Production Support and Development Authority Engineer Arnous: Providing support for the work program of small and medium-sized enterprises and securing the appropriate place for their establishment 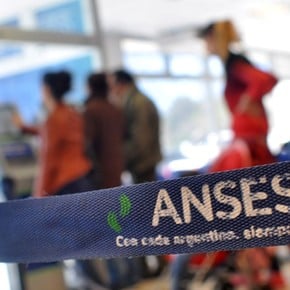 SMEs: what are the 18% rate loans launched by the Government and who can access it