Marta Luisa of Norway, the esoteric princess who fights against racism, turns 50

The eldest daughter of Harold and Sonia has lived a free existence where she has chosen her destiny, her partners and her demands, in an attitude that today she transmits to her three daughters 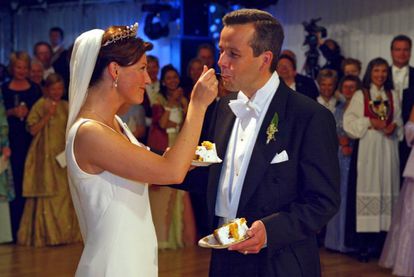 Marta Luisa of Norway never wanted to be queen, but she was. Or the closest thing to a queen you can be. It happened for a few weeks, in January 2004, by a curious astral conjunction. His father, the true king, Harald, was recovering from a hospital infection after being operated on, the previous December, for cancer. His brother Haakon, who was to be regent, was on paternity leave after the birth of his first-born, Ingrid Alexandra. And, for just a month, Marta Luisa was regent, almost queen, of her country. So far your experience. He was not interested in going deeper. She never wanted to be sovereign, even though she had the opportunity. Because she has always been different.

This September 22, Marta Luisa, the eldest daughter of kings Harald and Sonia of Norway, turns 50.

With the firm conviction to follow his path without restrictions and to remain firm in his purpose of personal freedom, something that he also instills in his three young daughters, Maud Angélica, 18, Leah, 16, and Emma, ​​12, who, even freer from bondage than their own mother, are defining for themselves their still short lives.

Marta Luisa could have been a princess with a throne, being the first-born. Although she had a younger brother who was by law to reign (a rule that changed without retroactivity in 1990), she was aware in her teens that she was left behind just because she was a woman. Her parents asked her if she wanted to open that door, discuss the possibility of a legal change in the Constitution in order to be sovereign. But she preferred to give up on her younger brother, Haakon. And now without a throne, she could also be an unpretentious, unoccupied aristocrat, living the life of a happy married woman on the outskirts of Oslo, or raising her daughters bilingual in a large European capital of her choice. And so was it. After marrying Ari Behn in May 2002, she spent time in the Baerum area; later they lived in London.But in the meantime she ran her own businesses, wrote children's books, and, she claimed, developed supposed healing gifts and even talked to angels.

Because the point is that in the existence of the princess there are many lives, and none conventional. If it was not in his youth, less now that he reaches half a century of life. She studied Physiotherapy in Oslo and Maastricht (Netherlands) - never practiced - and married at the age of 30 with an unorthodox writer with whom she had been dating for two years and whose relationship no one thought would prosper. A marriage where her godmother was a friend and in which she never wanted to adopt her husband's last name. And to which, by the way, she arrived four months pregnant.

If the Scandinavian royal families are characterized by their discretion, so far removed from the media noise of other houses such as the British one, the Norwegian first-born never hesitated to get out of the pot marked by tiaras and protocols.

She has been one of the few members of European royalty - with the permission of the Infanta Elena - to break her marital union, both civil and religious, something she did in August 2016. A divorce that became official in 2017 and left her ex-husband plunged into a serious depression from which, although he thought he had overcome it, he could never get out.

Shaman Durek Verrett and Princess Marta Luisa in Oslo in May 2019.SplashNews.com / GTRESONLINE

Two years later, Marta Luisa finished breaking all the canons. With his own and very personal social networks, and living long periods in Los Angeles (California), he made public his love for a shaman named Derek Verrett who claimed to have been king in another life and also to have lived in Ancient Egypt, and with whom he gave a lecture tour. Criticisms were not long in coming, including rumors of renouncing his dynastic rights (also questioned by his brother and heir) and even the abandonment of his title when conducting business together. She has always stood up to external opinions: "I do not choose my man to satisfy any of you, nor to the standards," she declared.

That their relationships have been consciously chosen and reaffirmed in public has not eliminated difficulties or suffering for the princess, but it has made her rise to the fore of causes that have affected her two best-known partners. In the case of the shaman Durek - as he calls himself - it has been because of racism. He himself stated that it was "very hard for a black person to enter the royal family", even more so "when it is the woman who falls in love with the man." “People feel uncomfortable when a white woman chooses a black-skinned man, who is a shaman, who is her sexual soul mate. Shake the consciences. [...] We cannot be angry about it. It is a moment of evolution. People are in a constant witch hunt, it has nothing to do with me or Marta Luisa. It has to do with themselves, ”Verrett said in July 2019.

The shaman's words seemed to materialize and the limit was exceeded. So much so that in the summer of 2020 the princess denounced media harassment and racist death threats against her partner and against her. “Racism is not just the obvious (which was what I thought): the outright discrimination, mistreatment and murder of black people. The obvious and the easy thing is to go against it all. But racism is also in the details (which I had no idea it still existed). It's in the way people shy away from Durek. For example, how friends take it for granted that he lies about everything. Which is bad for being nice. The words they whisper under their breath, making it perfectly clear that he has no natural place at the table. People in important positions saying, 'How dare you think I'm going to touch your hand?'when he extends it to wish good night, "he wrote in a long

But if something has helped to make the princess visible, it is in the matter of mental health.

Her ex-husband, Ari Behn, committed suicide on Christmas Day 2019. And both she and her daughters have dealt with the issue in a transparent way, an attitude unusual in royal houses, even less when it comes to such a painful and personal issue. .

At Behn's funeral in Oslo Cathedral, his eldest daughter, Maud, told the audience that her father's death was "no one's fault" and raised a plea with "heart and soul" for those suffering from mental problems to ask for help. , breaking taboos.

Maud has just written a book about her experience, which will be released on October 20.

When the first anniversary of the death of the writer was fulfilled, Marta Luisa wrote on her social networks. “I write for all of you who are fighting this holiday season. You must know that you are loved, that you are needed. Know that all the help you can get will be worth it. Please ask for help. Please express how you are. You are loved ”. Also his middle daughter, Leah, wrote then: “I wanted to say that today a year ago my father committed suicide and it has really been one of the most difficult years of my life. But if you are alone and / or that is how you feel, I want you to know that you are not. [...] In these difficult times, physical and mental health are very important And if you are going through difficulties; if you are lonely, if you feel exhausted, depressed, broken, going through a loss or even just trying to hold on,I want to tell you that everything will be fine, "he said, along with a list of telephone numbers against suicide in various countries. Leah, then only 15 years old, has become a

-influencer with his 56,000 followers, who seems to know how to use the public speaker as well as his mother has used throughout this half century of life. And without any intention of putting a crown on his head. 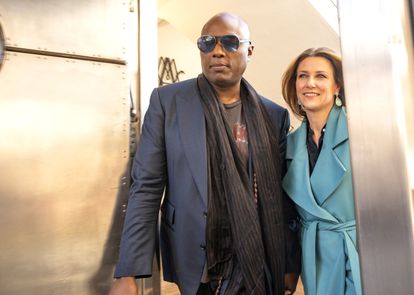 Marta Luisa of Norway, the esoteric princess who fights against racism, turns 50 Charlène from Monaco separated from family: Bizarre rumors about a mysterious woman at her side&nbsp;

Charlène from Monaco separated from family: Bizarre rumors about a mysterious woman at her side&nbsp;

Influencer Award: A young royal has won the award 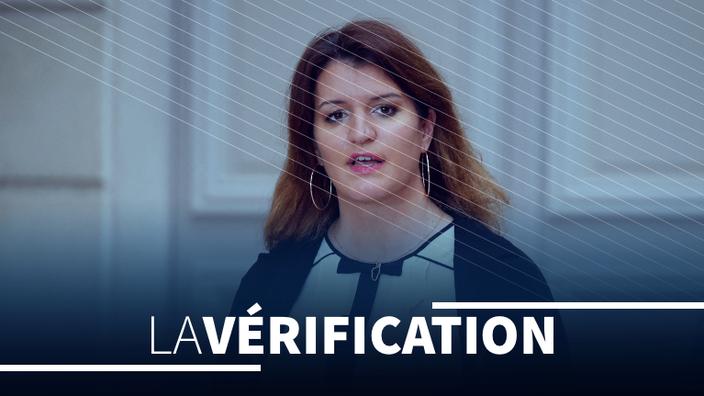 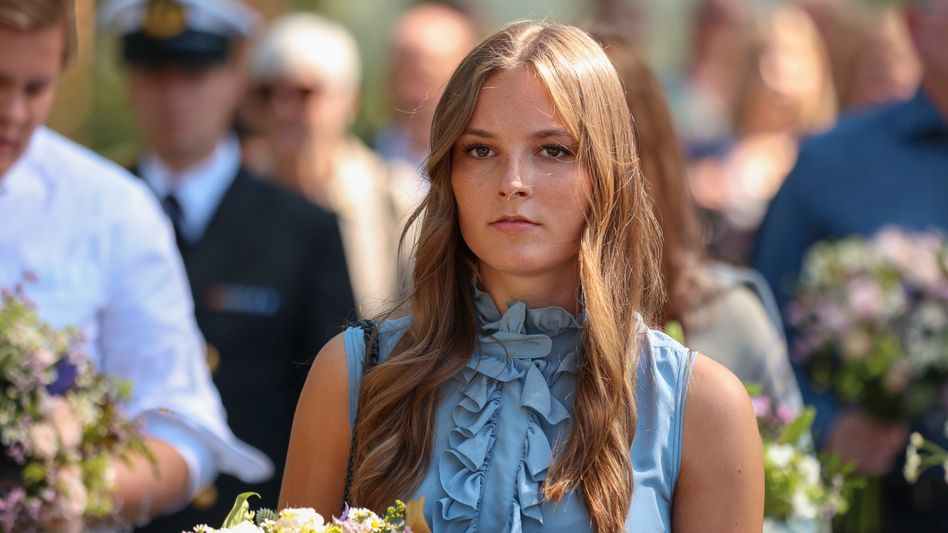