So what if everyone is abroad? We were in Petah Tikva | Israel today

Instead of New York and Paris, we spent time at the "Ninisch" in the Mother Colonies, drank cocktails, ate "regular" but excellent food from bars and came back with insights that we are sure you will enjoy reading

Rumors surrounding the existence of Petah Tikva have been circulating throughout Israel for many years, but only a few have been able to discover the truth: Yes, Petah Tikva is a completely real city, and as they used to say - it is even vibrant.

How did it happen?

Since the establishment of y-center (formerly Yachin Center) a good few years ago, the industrial area in Kiryat Matalon has come to life, and many restaurants and pubs have opened in its vicinity.

The area continues to grow, with the recent opening of a new bar-restaurant, "Nineish" ("Nineish" for meticulous people), which can be understood at the entrance, with the eye catching the unconventional design (which looks like a combination of several children's fairy tales).

And the truth is that the menu is like that too - a little from here, a little from there, and thus a mix is ​​created in an interesting eclectic menu.

I will admit and confess that there are quite a few starters in place, so we decided, me and a friend who kindly agreed to accompany me and eat without paying, to choose from three of them: cigars with a spicy heavy filling, fish ceviche with hot pepper and sirloin carpaccio. The least successful of the three was that of cigars, which were heavy and full of oil. The ceviche, on the other hand, was not bad and spicy in the right measure, and the best of them, without a shadow of a doubt - was the carpaccio. It was very simple, one that can be found in a million other places, but the workmanship was superb, delicious and addictive, and mostly made me blush it without leaving a crumb for a souvenir. One big yummy.

As befits the carnivores we are (it is worth noting that the friend is South American, so who else but he will know how to get into subtleties in these dishes), we chose to continue with two meat dishes - schnitzel challah and arais.

The challah schnitzel should not be overstated, as it is a dish that has been around every corner for the past few months - and here too it has been very successful, with slightly spicy cuisine, eggplant, tahini and pickles that have blended beautifully within the sweet challah.

Emma, ​​the kitchen was not evenly smeared inside the challah, so at the edges there was very little of it, which is a shame.

And with how delicious it was, charging her 62 shekels feels a bit excessive.

Unlike the challah, the arais was excellently made in every way: the chopped lamb, the successful tahini and the tomato salsa which added a pungent spiciness.

If more tahini had been added to alleviate the dryness that came built-in with the arais, there is no doubt that this dish could have been no less perfect.

The meaty highlight was another dish, very simple in its essence - entrecote steak. I admit, I did not expect such a place to be able to put out such an excellent steak, but lo and behold, there are surprises in life. With 250 grams of beautiful juiciness, the “Nainish” steak was one of the biggest surprises I’ve experienced in a restaurant in a long time. It was done accurately, and there was nothing to add to or detract from it - just an excellent steak.

But not only successful meat can be found in this place, but also six unconventional cocktails that add to the extraordinary atmosphere of the place, all of which have been named after "Alice in Wonderland Adventures".

Behind all six, a lot of thought has been put into the visibility and mix of flavors, but the most prominent of them are "Alice in Wonderland" and "Queen of Hearts": the first is somewhat sweet, and the arak is not too strong or takes over the taste ( , And the other includes an excellent combination of flavors of gin, pessoa, passion fruit, cherries and lemon - and they all connect in a fun flow.

There are countless restaurants in the world, some more successful and some less so, but not all of them have a certain identity, and "Ninisch" - there are also some.

With a surprising combination in the design of children's fairy tales for Israeli-Oriental food served with lots of love, there is no doubt that the place offers a large selection of food and drink that not only looks good, but also has good taste.

Even if it does not contain any groundbreaking dish, the "niche" proves that if you open your head, you can find one of the most surprising places of the period. 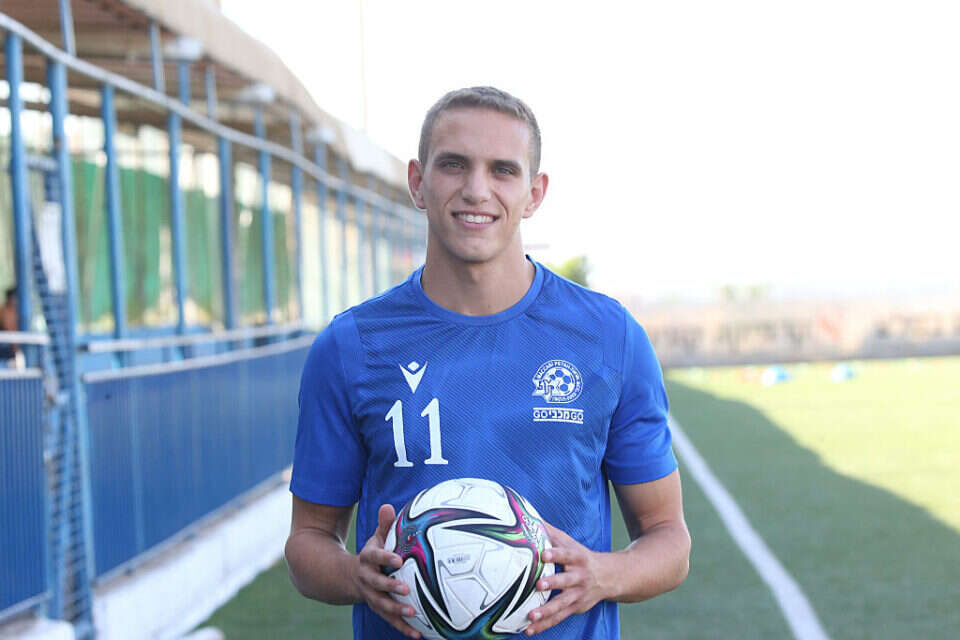 Arad Bar: "Our goal - to give a fight to greatness" | Israel today

"For me, it's like the twin disaster": Hapoel Petah Tikva's greats are trying to digest the decline - Walla! sport

Will come to the mountain? Muhammad Awad's dilemma after the disappointment at Maccabi Haifa - Walla! sport

Eyal Berkowitz was furious: "Let them investigate the goal of Kfar Qassem. sport

"No player in the current Maccabi Petah Tikva has a place in our team" - Walla! sport

"There was blood on the floor. The place looked like a murder scene. People were stunned" - Walla! sport