District - An increase in residual waste fees by a whopping 33 percent is not a stick-out problem. “We have to communicate that well,” says Michael Schindler, head of waste management. Because if you have to pay ten euros more basic fee and 30 cents more per emptying from January 1, 2022, you will not be pleased. In the district committee last week, Schindler presented the new fee situation - and also the reason for the steep rise in fees.

District - An increase in residual waste fees by a whopping 33 percent is not a stick-out problem. “We have to communicate that well,” says Michael Schindler, head of waste management. Because if you have to pay ten euros more basic fee and 30 cents more per emptying from January 1, 2022, you will not be pleased. In the district committee last week, Schindler presented the new fee situation - and also the reason for the steep rise in fees.

Specifically, the basic fee for all residual waste container sizes increases by 33 percent. The emptying fee for residual waste increases from 1.17 euros per emptying to 1.47 euros. And the weight fee is now 33 cents per kilo - almost ten cents more than before (25 cents). In the case of organic waste, this only increases from twelve to 15 cents per kilo. The emptying fee for organic waste will be 1.31 euros per emptying from 2022. So far it is 1.17 euros. The highest price increase is for waste wood: The price per ton increases from 60 to 95 euros.

In total, an amount of 8.84 million euros per year has to be covered for waste disposal in the district, the department head reckons.

The calculation of the fees according to the polluter pays principle - the kilo price paid in addition to the basic and collection fee - makes sense.

In this way, citizens themselves have the opportunity to reduce costs through consistent waste separation and, of course, generally through waste avoidance.

No gain, no loss

The fact that the fees are recalculated at all is due to the end of the calculation period, which runs over four years. It is important to note that municipal waste management is a "cost-accounting facility". In other words, the expenses have to be “financed in whole or in part from fees,” explains Schindler. 'In whole or in part' means that waste is also used to make money. And the income from this, along with the fees, must be enough to cover the costs. However, municipal waste management must not earn money either: If the citizen pays too much, this plus must be offset against the garbage fees for the next four years.

That is also done, but does not have a big impact on the fees for the next four years.

The tax authorities have calculated a 'plus' of around 320,000 euros for the fee adjustment.

In addition, the annual financial statements for this calculation are so far only provisional.

Above all, however, in the last four years "everything went differently than calculated: Almost everything has become more expensive," says the department head.

The recovered paper market is an inflation factor. Germany and Europe in general export their paper waste to China. The reason: There are far too few plants here for processing the coveted raw material. In addition, there was an import ban that China imposed on December 31, 2018. This led to the fact that the warehouses in Europe were bursting at the seams and the price of waste paper fell into the abyss due to the temporary oversupply. Schindler indicates a decrease from 130 euros to almost 50 euros per ton for mixed paper.

There was also an import stop in the used clothing market. And the corona crisis with its accompanying export ban and a simultaneous increase in garbage production - people were more often at home - made cabbage fat ... or rather lean. New warehouses had to be built, storage costs rose, income fell. But there is one positive aspect, according to Schindler: "The prices for recovered paper are currently rising enormously because there are now more warehouses in Germany due to the corona crisis." brought in. This is also due to the fact that publishers and printing companies are desperately looking for paper, especially graphic paper for newspapers, posters or books.

The fact that waste disposal will become more expensive in the next four years could also be due to the CO2 taxation that has been in place since January of this year, explains Schindler.

However, this is currently still hypothetical, as it has been suspended for municipal waste companies.

In the session template it was read that the one-time free delivery of bulky waste up to 500 kilos should remain free.

However, the remaining credit should expire after the one-time delivery.

The aim is to prevent citizens from coming up to ten times a year with minimal amounts.

That leads to waiting times for the other customers, whenever the current balance has to be noted, said Schindler.

But not only the department head himself, the district councils also spoke out in favor of maintaining the credit balance. In fact, the people in the district only come to the recycling center with bulky waste on average two to three times a year, reported Schindler. Citizens who lived in smaller apartments - and thus with less storage space - should continue to have the option of being able to hand in their bulky waste several times a year, emphasized Dr. Peter Friedl (Greens). Herbert Kirsch (FW), Alexander Herrmann (Greens) and Wilhelm Böhm (CSU) also voted for the multiple free delivery system. Ultimately, the district committee unanimously agreed on three free deliveries up to a total of 500 kilograms per year.This decision, together with the planned fee increase, went to the district council as a recommendation for a resolution, which met yesterday (after the editorial deadline). Bread doesn't belong in the fridge? - In this case, yes 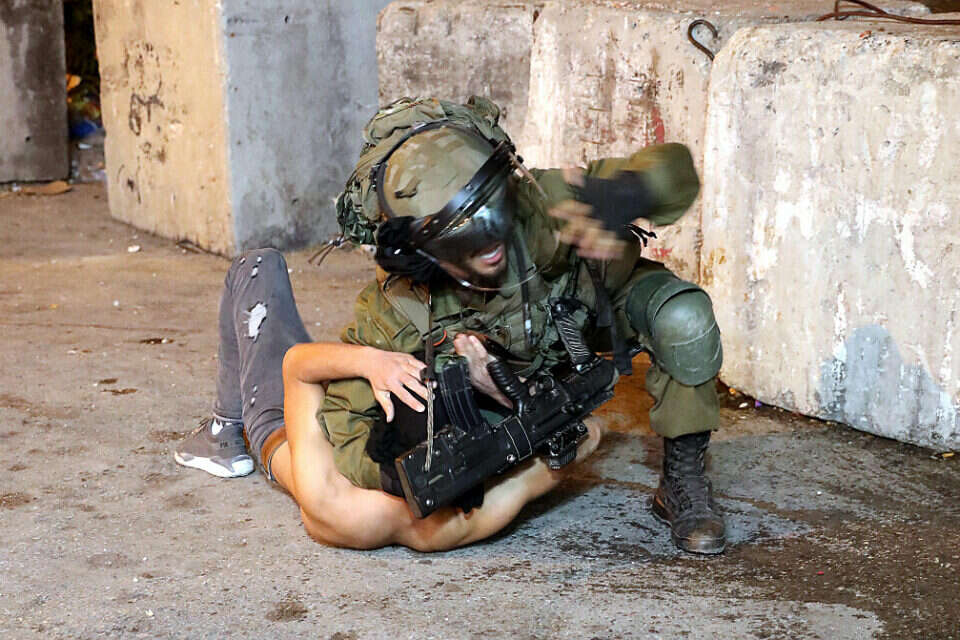 Do Not See from the Rain: What Happened When Golanchik Grabbed a Palestinian Throwing Stones | Israel today 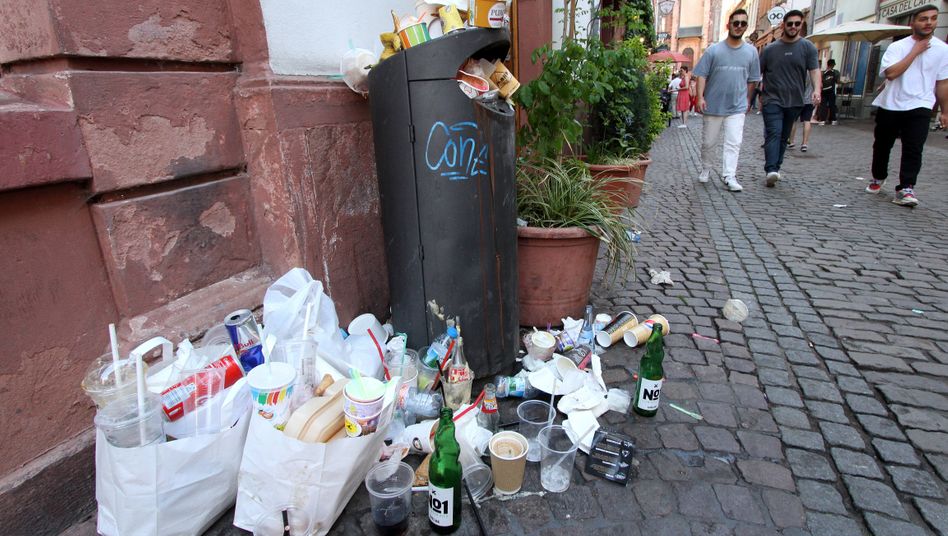 Federal Council: A deposit will also apply to smoothies and energy drinks from 2022

Anything Goes Against Research 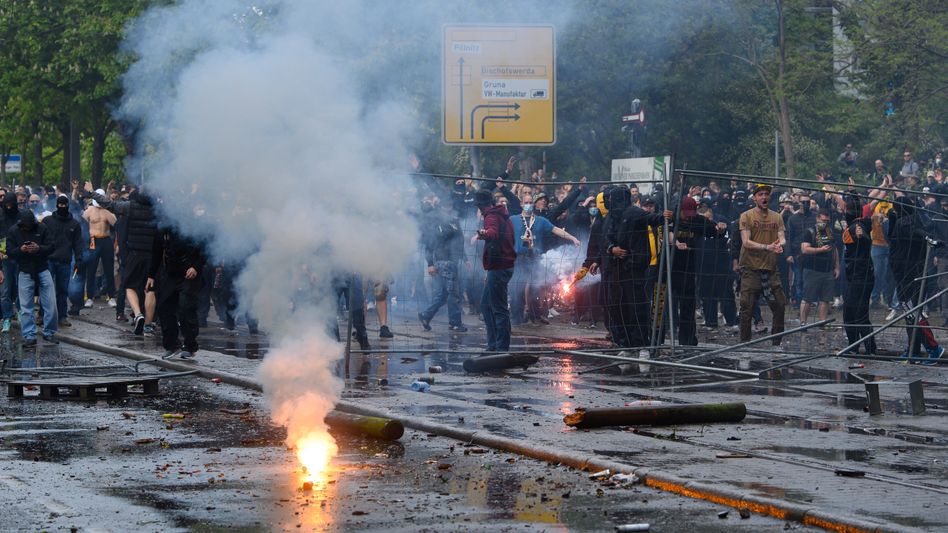 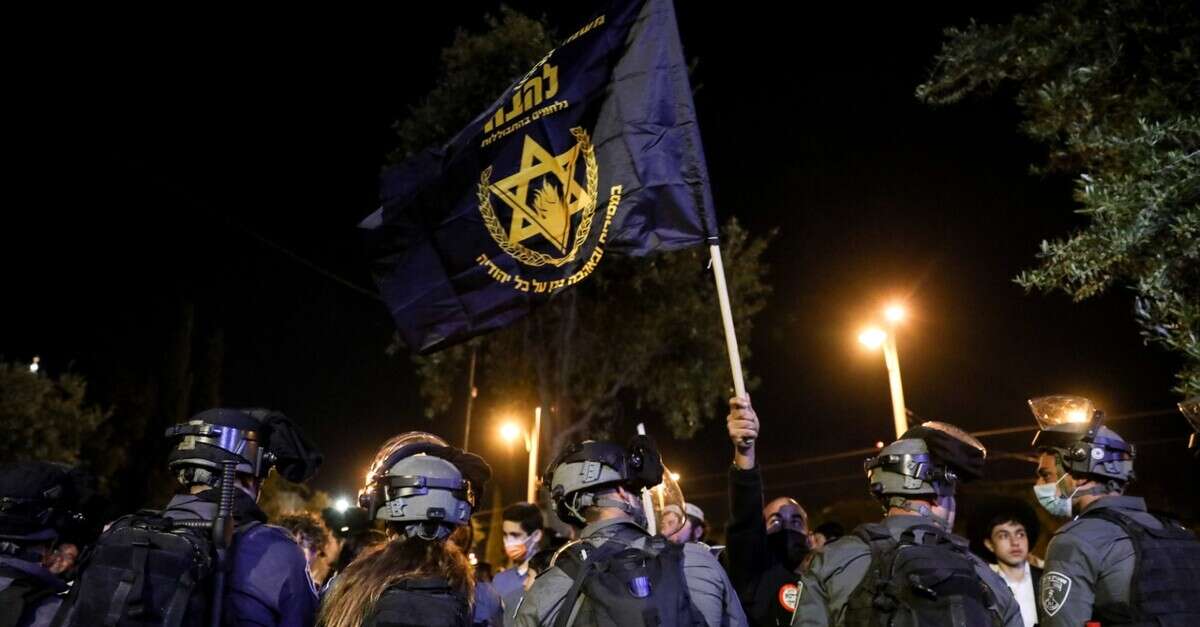 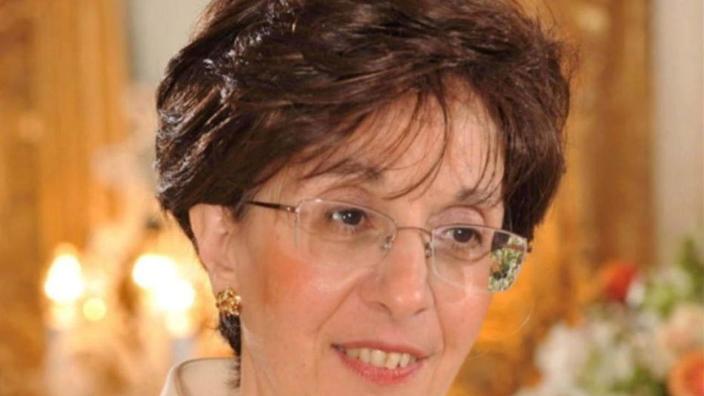 Who was Sarah Halimi?