The Ocean Park Water Park officially opened yesterday (21st). Today (22nd) is a public holiday the day following the Mid-Autumn Festival. Many people enter the park to cool off in the summer. Some interviewees said that the measures in the park still need to be improved. 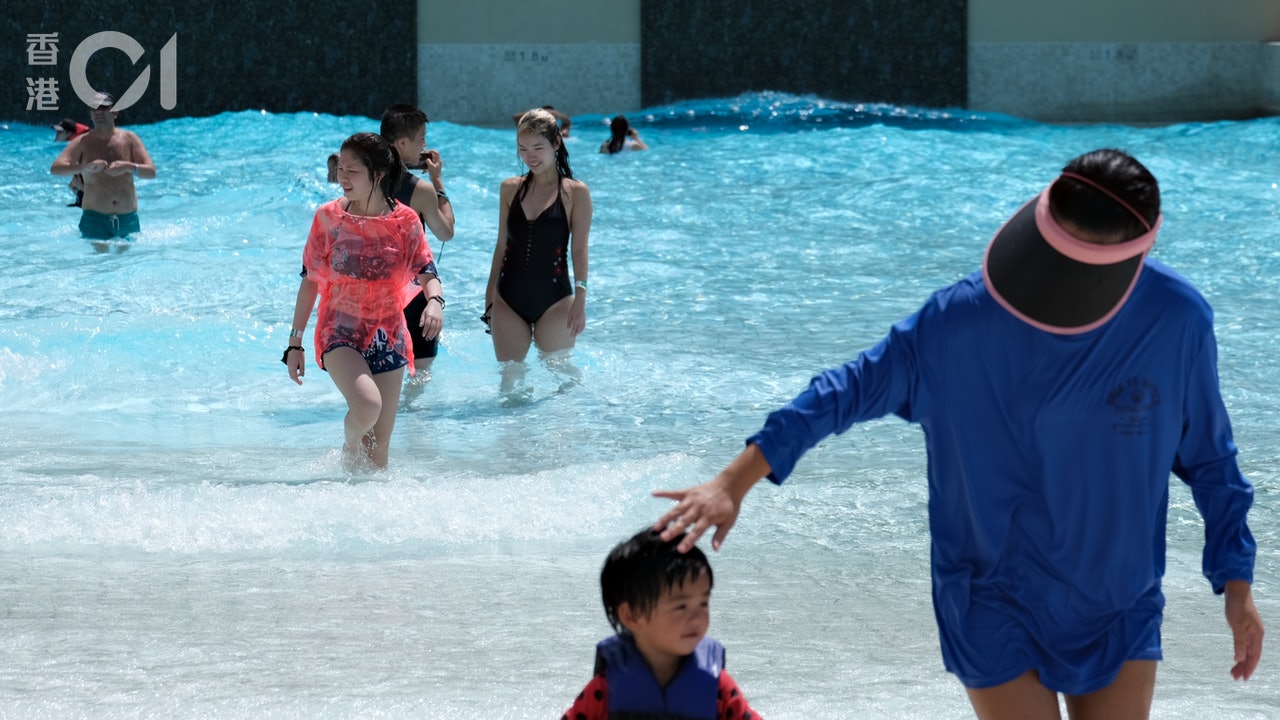 The Ocean Park Water Park officially opened yesterday (21st). Today (22nd) is a public holiday the day following the Mid-Autumn Festival. Many people enter the park to cool off in the summer.

Some interviewees said that the measures in the park still need to be improved. Some families were very dissatisfied when they left the park. They listed the four major problems of the park and provided three suggestions for the public to make adequate preparations before entering the park.

Due to the long waiting time for the facilities, some citizens can only play 3 amusement facilities in half a day, shouting a pity: "It is not enough to have fun."

▼9.21 Ocean Park held the first day of the opening of the water park▼

Chen's family of four had arrived at the water park at about 10 o'clock this morning and had a full day of play until they left at 7 o'clock in the afternoon.

But Mrs. Chen was very dissatisfied with the measures in the park and threatened: "I won't talk about it even if it's free in my lifetime, and I'll switch people tightly, and I'm even more discouraged!" The following are the four major problems she found about the park today:

Problem 1: The situation is serious

Mrs. Chen said that the situation of dominance in the water park is serious, especially during lunch time, many tourists place personal belongings dominance, and can only wait for a limited place in the venue.

In the end, the family rushed to eat hamburgers for 15 minutes in order to gain time for fun, but it took 3 hours together with the queue.

"Some people dominate the bench, but they don't have to walk around, making it difficult to sit. I told the staff, "Is there a lost item on the stage?" but I didn't have any reason to tell the staff."

Problem 2: There are not enough staff on the lazy river

She found that the blisters on the river drifted away with the current, but the staff was insufficient to collect all the blisters in time, which greatly increased the waiting time. At the same time, many unscrupulous tourists jumped in the queue at the corner of the crowd. The blisters float away again, wait for more than 45 minutes!"

Chen Tai pointed out that the "Drifting River" had insufficient staff and was unable to collect all the blisters in time, which greatly increased the waiting time.

Question 3: Only the entrance boutique sells masks in the park

The park stipulates that you need to wear a mask when walking between the amusement facilities.

Mrs. Chen said that it is difficult to breathe when the mask is wet, but the shops in the park are closed and only the boutique at the entrance of the park sells masks.

She criticized the long distance, questioned the lack of supporting facilities in the water park, and did not remind the public to prepare waterproof masks.

Although some amusement facilities in the water park do not allow visitors to wear shoes, they are allowed to carry shoes. The staff advises visitors to put their palms in their shoes to prevent their shoes from flying off during play.

But Mrs. Chen thinks that the practice is unsanitary and inconvenient. "I can hold the pair of shoes with one hand and play with the shoes with only one hand. I don’t want to wear too much, but I don’t know what to do." She added, partly. Shoes are not allowed to be carried in the amusement facilities, so that tourists randomly place shoes outside the entrance, believing that the situation is chaotic and it also brings hygiene problems.

Based on today’s play experience, Mr. Chen puts forward 3 tips to the citizens who will go to the water park next:

1) Before going to the water park, you must bring a waterproof mask.

In fact, there are indeed tourists who are queuing almost all the time.

Classmates Li and Classmate Zhang entered the venue at 1 pm, but they were out of luck. During the queuing, the bubble conveyor of the amusement equipment malfunctioned, and half an hour of playing time was wasted.

In the last half of the day, I only played the cupola waterfall, the white-water vortex and the lazy river, a total of 3 popular amusement facilities.

Ocean Park said that before the opening, it has provided visitors with water park itinerary tips through different channels, including recommending visitors to use reusable masks or sports masks; and if you choose disposable masks, it is best to prepare waterproof bags and spare masks.

The shop in the park also has different styles of masks and waterproof bags for visitors to buy when they need it.

The park thanks visitors for complying with epidemic prevention measures and will study various related suggestions.

▼9.20 Ocean Park held the opening ceremony of the water park▼

Water park citizens are unhappy and leave early for half a day to give away waterproof masks: 10 masks are not enough for the opening of the Ocean Park Water Park. Citizens wear masks and get wet on the slides: Bring 10 admissions to the water park tomorrow, and 4000 people will enter the venue on the first day of opening tomorrow. Liu Mingwei: Tickets Sales are as expected. Ideally, the eight-color ladder needs to be lined up for nearly an hour on the trial day of the water park. 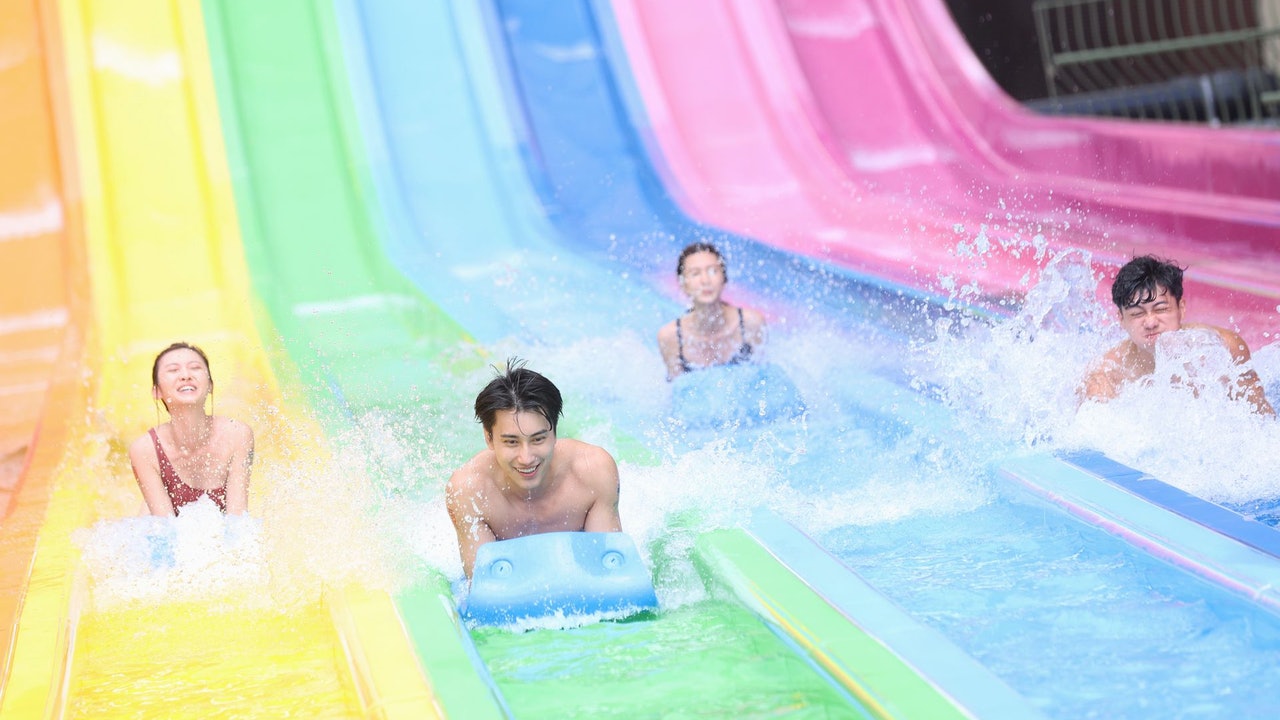 After playing the eight-color ladder in the water park in ten seconds, remember not to be empty.