After a speech on Friday, Markus Söder is confronted with accusations of electoral fraud. The police even receive reports.

After a speech on Friday, Markus Söder is confronted with accusations of electoral fraud.

The police even receive reports.

Schweinfurt - What was intended as a simple joke by Markus Söder to amuse the CSU voters, even came into the focus of the public prosecutor's office at the beginning of the week.

In his speech at an election campaign event of the CSU in the Sachs Stadium in Schweinfurt on Friday, the Bavarian Prime Minister also spoke about motivating his acquaintances to vote.

The turn that Söder's statement then took caused astonishment afterwards.

“Look through the house again on election day.

Anyone you can find.

Ask everyone: 'What do you want to vote for?' ”Suggested Söder in his speech.

"And when they say CSU, you say: 'Immediately to vote.'

If they say you're still hesitating about someone else, say, 'Good idea.

Give yourself a week, the choice is not until next week '”, so the punch line of what Söder apparently wanted to have understood as a joke.

Markus Söder: Accusation of electoral fraud - three reports are received by the police

What was only acknowledged with occasional laughter in the audience caused some excitement on social media.

The Prime Minister was accused on Twitter, among other things, of a questionable understanding of democracy.

But for some it was apparently not enough.

"Anyone who, through deception, causes someone to erroneously vote on the content of his declaration, or not to vote against his will or to vote invalidly, will be punished with imprisonment for up to two years or a fine", is the offense under Section 108 of the Criminal Code.

The request to deceive voters is also punishable under Paragraph 111.

However, Söder does not have to fear any consequences for his statements.

As the public prosecutor's office Schweinfurt

on Wednesday upon request, no complaints will be made against the Prime Minister.

“After examining a recording of the speech, there was no initial suspicion, either with regard to a public incitement to criminal offenses or voter fraud.

The utterance clearly does not give the impression of seriousness.

Taken on its own and given the overall circumstances, it was to be understood as a joke ”, the responsible public prosecutor justifies its decision.

Söder himself was not available to make a statement.

After the federal election in 2021, the Union could have to step into the opposition for the first time in 16 years.

In the current polls, the SPD around Chancellor candidate Olaf Scholz is ahead of the CDU / CSU and Armin Laschet. 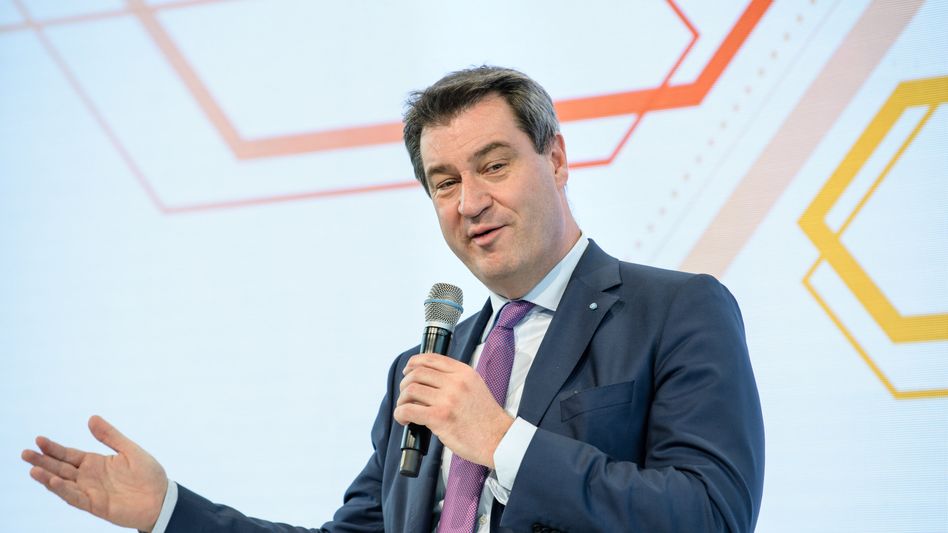 Markus Söder: The public prosecutor's office has decided not to investigate controversial statements