After her competitors, Annalena Baerbock now also answered questions from Pauline and Romeo. In doing so, she made a small faux pas. 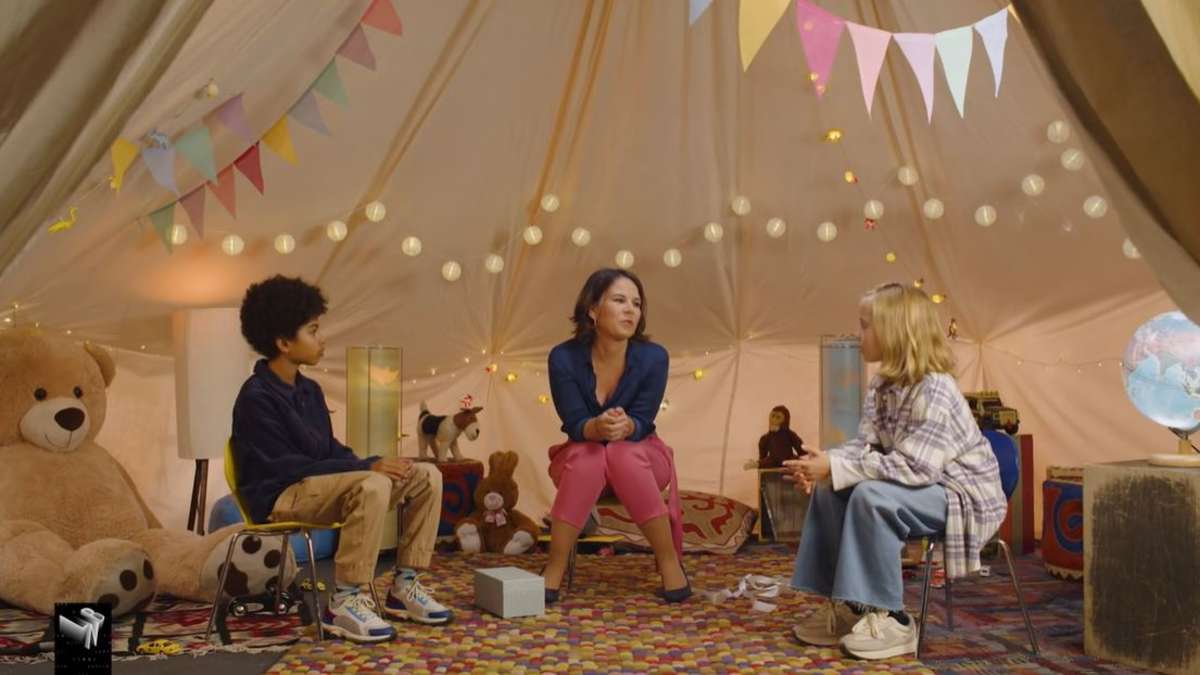 After her competitors, Annalena Baerbock now also answered questions from Pauline and Romeo.

In doing so, she made a small faux pas.

As child reporters, the two eleven-year-olds ask questions to those who want to follow Angela Merkel to the Federal Chancellery in the “Late Night Berlin” format.

Some of these are tough, as the CDU politician had to find out.

The adolescents were so enthusiastic that during the third and final TV triall of the Chancellor candidates on Twitter, Pauline and Romeo were asked to listen to critical questions.

Is Laschet afraid that Romeo and Pauline will come around the corner?

On Tuesday (September 21) it was Annalena Baerbock's turn after Laschet and SPD chancellor candidate Olaf Scholz.

She too sat down on the tiny chair in the childishly decorated tent and answered questions from the two child reporters.

At 40, the Green Chancellor candidate is the youngest in the running for the Bundestag election.

And has two daughters of her own.

How did she do?

City trips, TV shows and interviews: in the hot phase of the election campaign, the candidates for chancellor have a tight schedule. Formats such as the Kika program “logo”, in which children for children ask questions to applicants, also get a lot of attention. It is the chance for the Chancellor candidates to show themselves from a more personal side before the general election - and to prove that one can react to the sometimes very direct questions the children have.

"Late Night" Berlin "by Klaas Heufer-Umlauf is, as the name suggests, not aimed at a young audience.

Rather, the aim of the children's questions format is to put the Chancellor candidates through their paces through the disarming nature of Pauline and Romeo.

Annalena Baerbock did not find herself in any distress.

Although she was not tackled with kid gloves by the eleven-year-olds, the Green candidate, unlike Armin Laschet, was not upset.

After @ArminLaschet and @OlafScholz, @ABaerbock also followed Pauline's and Romeo's invitation to their tough children's interview.

You can see all the answers at #LateNightBerlin - Tuesday at 11:10 p.m. on @prosieben.

"My teacher always says I am not allowed to copy, then why are you allowed to?";

“Would you then that poor people no longer drive cars because it is so expensive?” And “Is it your fault that the Greens are losing?” - these were the questions Baerbock was confronted with.

Romeo gave the Greens 75 euros pocket money - the mistake of accepting the money did not happen to her, even when it was almost forced on her.

Only in a few moments did Baerbock appear astonished during the nine-minute conversation.

And with the questions that don't always seem childlike.

An overall calm conversation in which the politician was on an equal footing with the eleven-year-olds and visibly took Romeo and Pauline seriously. And used the situation to spread well-known election messages from her party. A child-friendly appearance that fits the Green Chancellor candidate, who repeatedly puts children at the center of her election campaigns. The only astonishing thing: When asked whether she “makes nettle” if someone annoys her, Baerbock revealed a knowledge gap. You usually don't have a nettle with you, replied the Green candidate. A little faux pas towards the end: Because “making nettles” is a trick in which the arm of the “victim” is wrapped in both hands and the skin is pushed in the other direction. 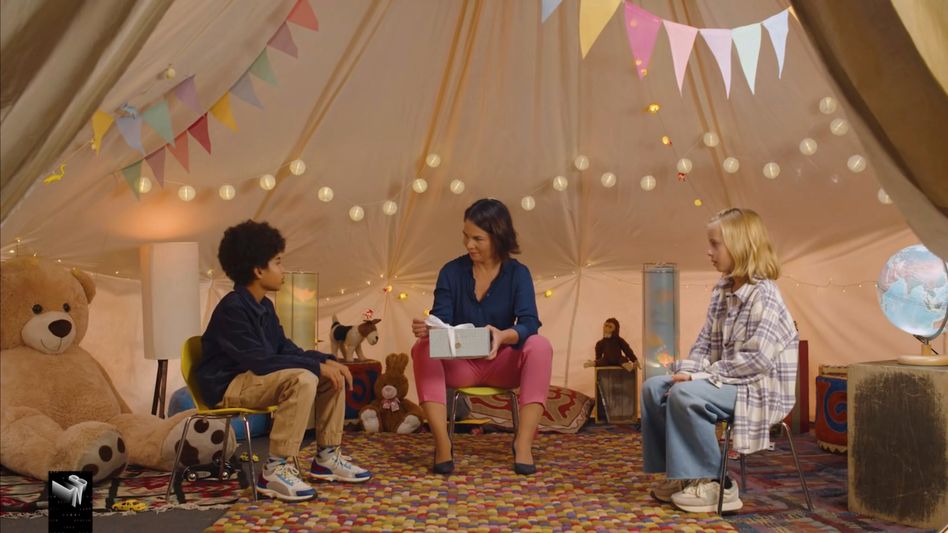 Annalena Baerbock at "Late Night Berlin": "Is it your fault that the Greens are losing?" 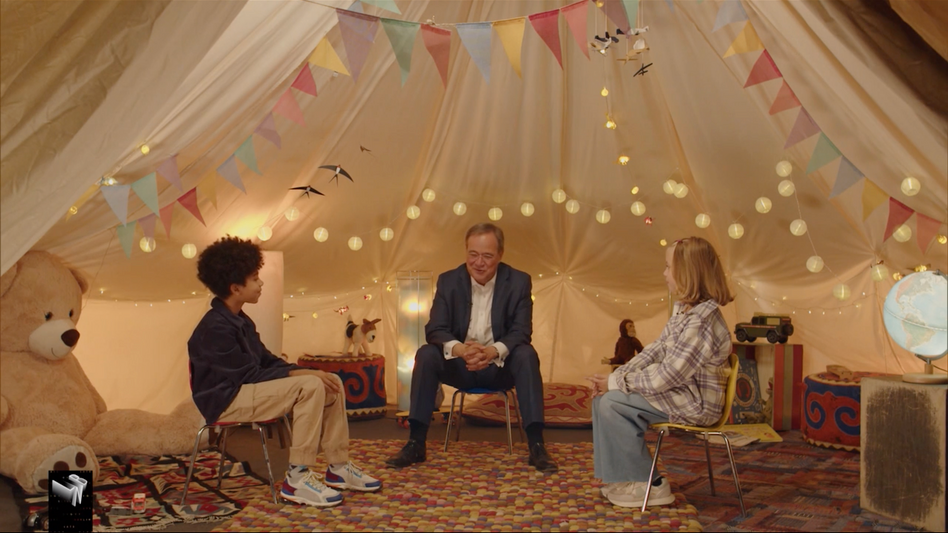 Armin Laschet in the children's interview: What bothers me about it 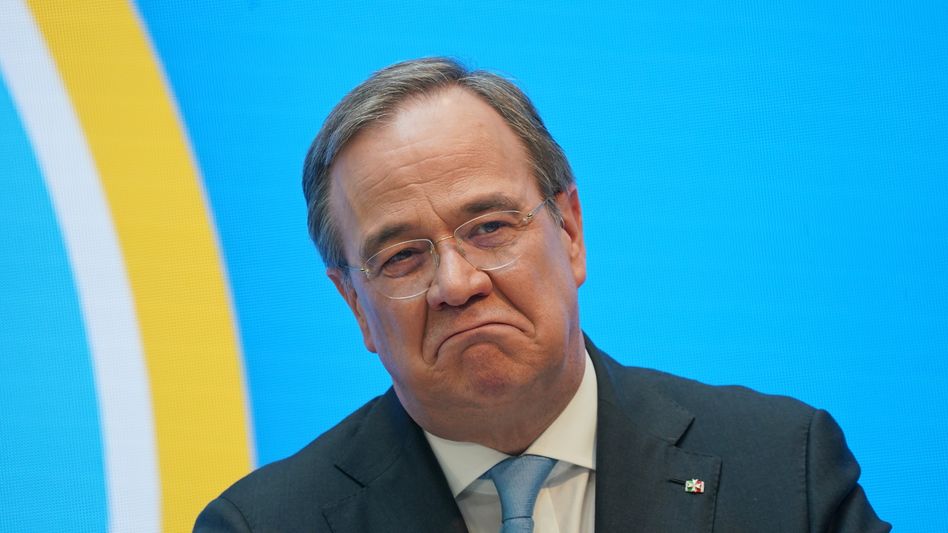 Questions about measurements and marriage for everyone: child reporters trip Laschet