The well-known dressage rider Julia Lebe can no longer train with her gelding "Sanwero 2" in Brunnthal - because he is no longer resilient since he has suffered from tendinitis on his right front leg. She blames the horse clinic in Parsdorf for this. She treated the expensive dressage horse wrongly and too late. That is why she has now sued the equine clinic.&nbsp; The well-known dressage rider Julia Lebe can no longer train with her gelding "Sanwero 2" in Brunnthal - because he is no longer resilient since he has suffered from tendinitis on his right front leg.

She blames the horse clinic in Parsdorf for this.

She treated the expensive dressage horse wrongly and too late.

That is why she has now sued the equine clinic.

- Four to five times a week Julia Lebe (28) drives to her beloved bay gelding "Sanwero 2", whom she affectionately calls "Werni", in Brunnthal.

She feeds him, tends him, rides him out.

But when she sees how the other riders train with their horses, then she feels bad, she says.

Because the well-known dressage rider, who is currently doing her doctorate in literary studies, can no longer train with her Werni herself - because he is no longer resilient since he has suffered from tendinitis on his right foreleg.

Gone are the days when she was successful at tournaments in the highest class with the gelding.

Horse has lost its value

She blames the horse clinic in Parsdorf for this. These treated the dressage horse incorrectly and too late. Therefore, the 13-year-old gelding is no longer operational. And with that he lost his value. According to Lebe, the animal had a market value of 850,000 to 900,000 euros in November 2017. Therefore, Lebe and her father, who is officially the plaintiff, are demanding damages of around 820,000 euros from the horse clinic in Parsdorf before the Munich II district court. The clinic rejects the allegations.

"Sanwero 2" has a family tree that is well known in equestrian circles. On the father's side it goes back to the internationally known dressage sire "Sandro Hit", on the mother's side to the dressage stamp stallion "Donnerhall". And he lived up to this family tree. But at some point he began to lame. The exact cause is not yet known. After initial examinations in the stable, Julia Lebe brought the animal to the horse clinic in Parsdorf in 2015. There she received five injections, so-called congestion antibiosis. An antibiotic is injected directly into the affected area and remains there for a while.

The complaint now states that the clinic made the injections without any veterinary indication.

The congestion antibiosis used did not meet the veterinary standard.

As a result of the incorrect treatment, tendinitis developed so that the horse is now "unusable and therefore worthless".

In order to get to the bottom of the matter, the presiding judge Johannes Brose commissioned an expert opinion. During the trial at the regional court, the appraiser, a professor of equine medicine, is switched on via video - as is the clinic's lawyer. She contradicts the application - and thus relieves the clinic. The congestion antibiosis was definitely indicated. The method is also recognized and used at universities, for example in the veterinary faculty in Munich. “The method is the least invasive,” says the professor. And it was also carried out “lege artis”, that is, according to the rules of art. Oral administration of antibiotics only works badly in regions with poor blood circulation, such as the horse's feet. The connection between the treatment and the infection is now clear:"Without treatment, almost certainly no infection would have developed."

No obligation to provide information

Therefore, it is also a question of education, i.e. whether the owner has been made clear that an infection can occur.

However, according to Richter, there is no obligation to provide information on this subject in equine medicine - unlike in human medicine.

The plaintiff's attorney Burkhard Oexmann can now comment again in writing on the doctor's report.

But it's about more than the money: “Julia Lebe is a horse girl, a well-known dressage rider.

The soul hangs on it, ”he says.

It is now a matter of ensuring that Werni is not in pain.

“We have been sports partners long enough.

Now he deserves to have it good. ”The presiding judge decides in November how the process will proceed. After five injections "worthless": Rider demands more than 800,000 euros from the horse clinic 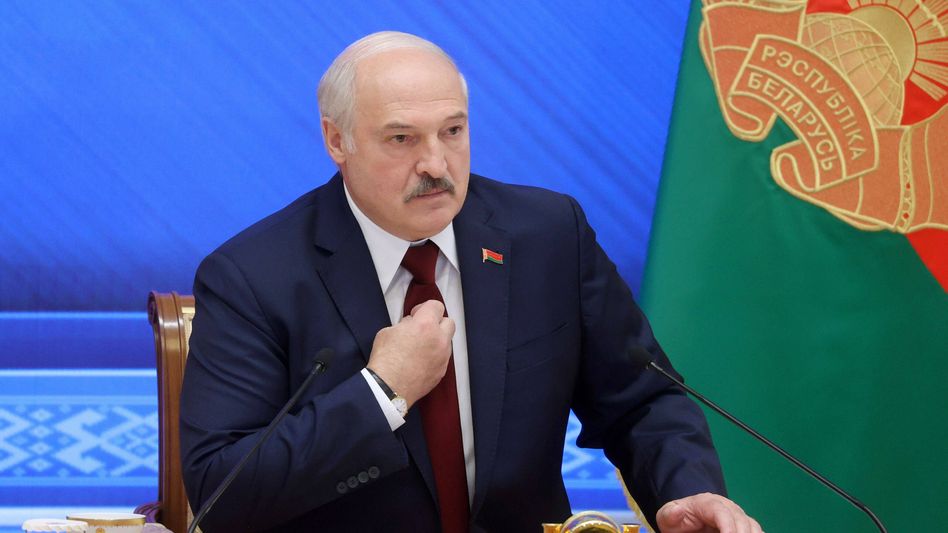 After criticizing Lukashenko, another Olympic athlete from Belarus receives protection in Poland Versatility: Meike Weber is both lucky and unlucky In BR broadcast: Thomas and Lisa Müller show their stud farm - and reveal what they earn with the horses