Demonstration of power: "This is how we want Maccabi Tel Aviv to look" | Israel Today

The Yellows are pleased with the ability in the last 25 minutes in 68:87 over Rishon LeZion: "We saw a bit of how we want to play in the future" • Yiftach Ziv received compliments ("will also help in the Euroleague") Winner vs. Hapoel Jerusalem • The red fans pounced on the tickets 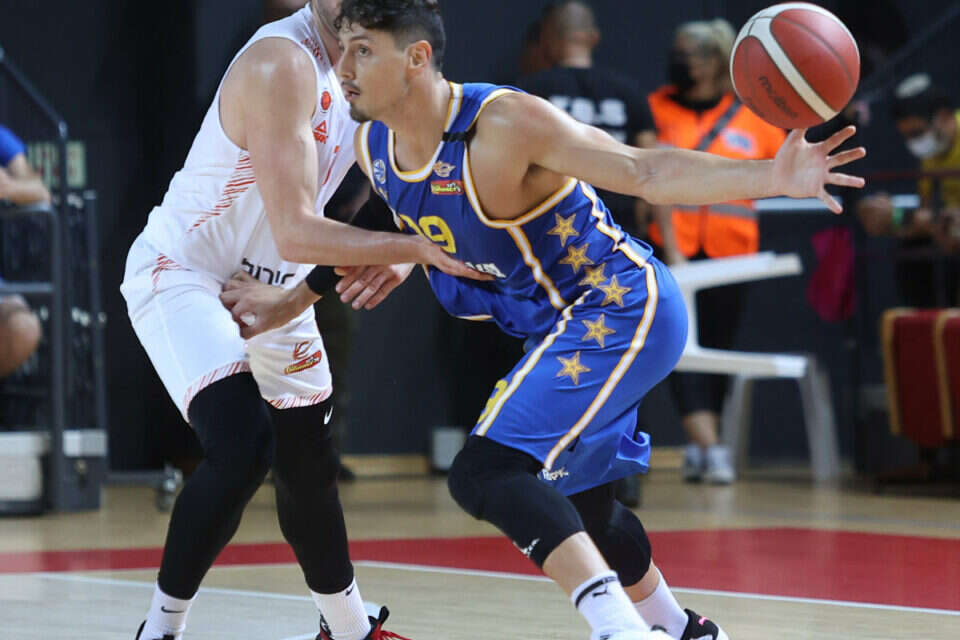 Maccabi Tel Aviv is very pleased with the 68:87 victory over Maccabi Rishon LeZion and the promotion to the semi-finals of the Winner's Cup.

The Yellows have actually held only three full-time training sessions since the return of the players who were infected in Corona and the professional team did not know how the team would react on the pitch.

In the first quarter, Yannis Sapropoulos' players did not get into the rhythm, but picked up gear in the second quarter, attacked the opponent and decided the fate of the game long before the final whistle.

"From the 15th minute we looked the way we wanted to show. We saw a bit of how we want to play in the future," the Greek coach said.

"I was not surprised because we trained very well, but we still have a lot of work to do to find our pace and get to where we want to be."

The team is already looking at the intriguing game in the semi-final against Hapoel Jerusalem on Friday (14:30).

Tonight the Yellows will hold another training session and then it will be determined whether any of the three who did not register for the game against Rishon LeZion - Scotty Wilbkin, Derrick Williams and Jaylen Reynolds - will register for the game. It is estimated that there will be no staff changes,

"Hapoel Jerusalem is a good challenge for us," said captain John Dibertolomeo.

"Our situation is such that we want to progress in every game in preparation, and winning the Winner's Cup is something we want every season."

Sapropoulos added: "Both teams are new and there will be an interesting game. This is an important game for us."

As of tonight, fans of the Jerusalem team have attacked the 1,300 tickets allocated to them, and the club will contact the administration today to receive another allocation of tickets.

It is estimated that the entire Group Hall will be filled with the first Clasico of the season.

He is pleased and ready for the next challenge,

Except for Anta Žižić, who led the list of scenes and won compliments ("he will be better this season"), Maccabi complimented Yiftach Ziv, who looked very good in his first game in the yellow uniform.

"I met Yiftach seven years ago in Haifa, I followed his career, I love his style of play and his energy. It's nice that he's by my side and not in front of me," Dibertolomeo said.

Sapropoulos said that he has been following the Israeli athletic coordinator since he arrived in Israel almost three years ago.

"I like Yiftach very much, he came here at the right moment. He has improved a lot and played a significant role in his team. I expect him to play very well, I am happy with his signing, and also with Roman Sorkin who will need time because he is younger. They will help us in the league, but They will also support us in the Euroleague. "

Maccabi Tel Aviv: "Criticism Criticism, but we are close to the Conference League" - Walla! sport

It's time to wake up: the new reality of Maccabi Tel Aviv, and the acquisition that may come - Walla! sport

Maccabi Tel Aviv: Stifa Fritza and Dan Bitton are expected to train, Daniel Tennenbaum is out of isolation - Walla! sport