Annalena Baerbock and the Greens had a great chance at the Chancellery. But bumbling mishaps let the dream burst. Annalena Baerbock and the Greens had a great chance at the Chancellery.

Munich - Her attention to detail is always emphasized, which is said to have impressed even Chancellor Angela Merkel at the 2017 Jamaica negotiations.

It seems all the more surprising that Annalena Baerbock of all people made a number of small to medium-sized mistakes in the fight for the federal election, which in the end should cost her the successor of Merkel in the Chancellery.

In the past TV appearances, Baerbock seems more relaxed than ever. Switches to attack and puts the Chancellor favorites Olaf Scholz and Armin Laschet in a mess. It should be too late. The Greens are in third place in current surveys. Some points behind the SPD and the Union. However, these appearances underline the ambitions that the Greens had with their chairman.

She crowned Baerbock's steep rise to the top of the Greens in 2018 with the candidacy for chancellor in April 2021 by giving herself preference over her co-Robert Habeck.

The man with government experience and who, according to surveys, would have picked up the people in the country better thanks to his calm, charm and coolness.

But Baerbock was able to see confirmation.

On Sunday issues, she headed almost undeterred to 30 percentage points and left the Union, which was struggling and entangled in trench warfare, behind.

Bundestag election: Baerbock's hype is turned off the juice

But before the hype could really start, the juice was turned off.

What then followed was a series of exciters in May that initially scratched the paint of confidence in you: Incomplete information in your résumé, additional income reported afterwards or corona bonus payments from your own party, which you reported to the Bundestag late.

You could still refer to the fact that a lot was exaggerated by some media.

But Baerbock was insecure, got tangled up in the stiff speech at the party congress in June and mumbled a clear “shit” when he left the stage.

It was supposed to be Baerbock's freestyle.

In fact, it was also overwhelmingly confirmed, but according to the

, a doubting Baerbock sits afterwards "tired, crumbling and frustrated because she felt that she was treated unfairly" in the hall.

Now Baerbock was quarreling too, that was evident.

With her book, Annalena Baerbock will lose the federal election in 2021

Can you still turn the trend?

Robert Habeck and Annalena Baerbock during the election campaign in the forest.

A few days later she published her book “Jetzt. How we renew our country ”. Fatal because completely hasty. It took less than two weeks for the Austrian media scientist and self-proclaimed plagiarism hunter Stefan Weber to claim in his hitherto unknown blog that the candidate for chancellorship had copied a handful of third-party posts. It was the bomb that blew up the Greens election campaign. Now it felt like half of the republic was looking for further copied passages. It is said to be 100 - the book has 240 pages.

As a result, the Greens suffered two enormous mistakes.

Your team went on the counter-offensive, engaged a prominent media lawyer and spoke of character assassination.

In addition, she left the most prominent team member in the lurch: Robert Habeck - her co, who, according to his own statement, found it so difficult to let Baerbock stand for candidacy, but who promised her every support.

At the most important moment, Habeck lets Baerbock down

In her most difficult moment in the past few months, he was not by her side, allowing public inquiries to pass.

Even today he still refers to his camping holiday to recharge his batteries.

In the ARD documentary "Ways to Power" he becomes clear when asked, looks for the mistakes in the Green election campaign management: It is "obvious that what went wrong".

The party had failed mercilessly in checking publications.

Overall, it is fatal that Habeck did not exist for too long in the Green election campaign.

Habeck completed many election campaign appointments, but he could no longer eradicate the break.

For Habeck, this should not go entirely without self-interest, in four years he could perhaps have an even greater chance of reaching for the most powerful office in Germany.

The ARD documentary shows that what was raining down on the party was clearly underestimated: "We should have prepared even more for what an election campaign with a candidate for chancellor needs." , however, they were "not prepared for various attacks" and did not provide the necessary resources.

Finally, the Greens made a tactical mistake. Not being able to attend every talk show, not being able to give an interview to every newspaper and, ideally, several times with the sympathetic journalists - that seems plausible. To ignore the paper with the highest circulation and to endure the critical reporting in such a way, however, is likely to have been a failed maneuver. Incidentally, not the only interview that Baerbock preferred not to do.

Will the electorate still honor Baerbock's content-rich appearances or whether the climate strike on Friday will still help?

However, it will no longer be enough for Merkel's successor.

With the election slogan “Ready because you are”, Baerbock showed how much she believes in the people in the country, but she has lost too much trust from the population.

And maybe wasted the chance of a lifetime. 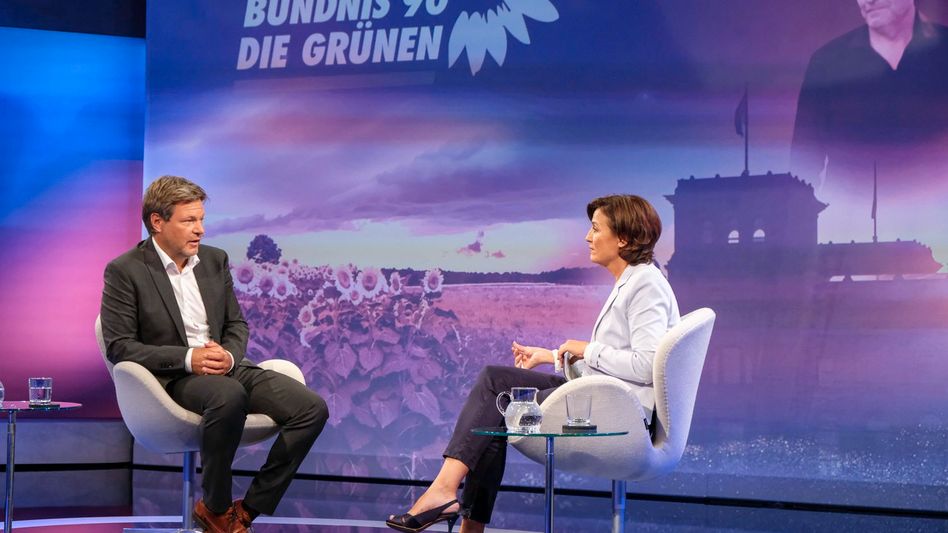 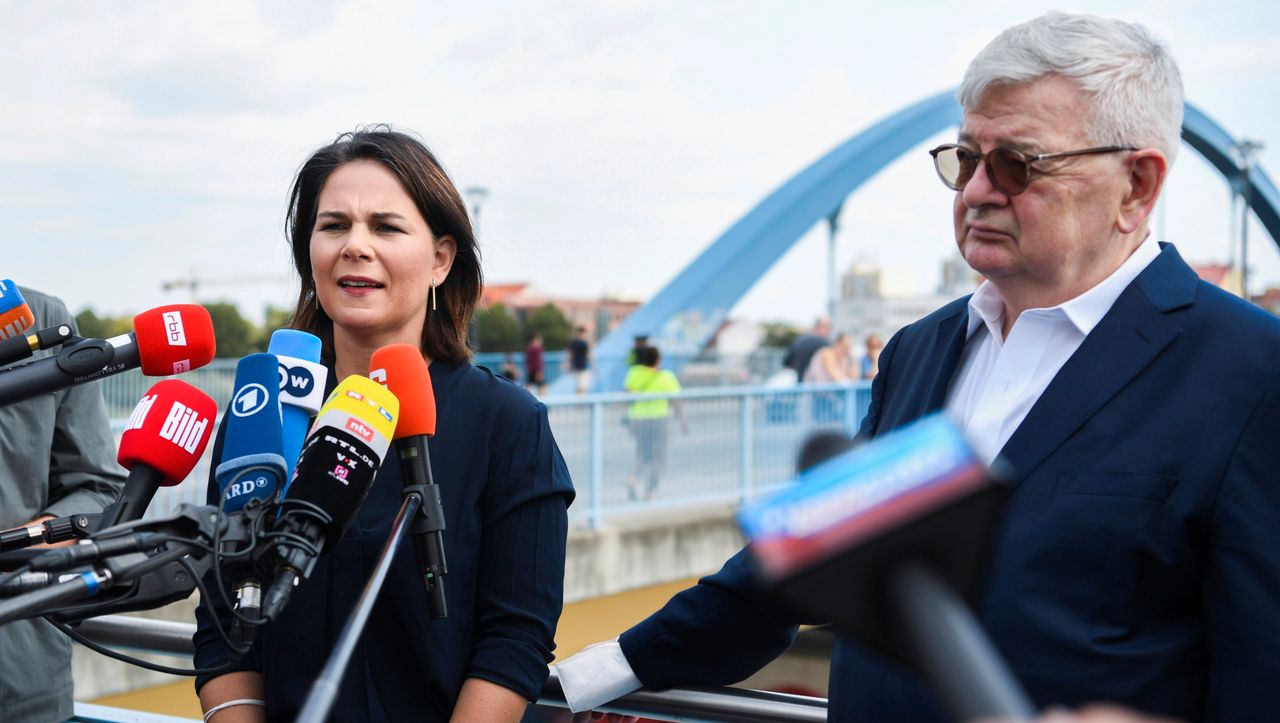 Annalena Baerbock named Chancellor candidate: »Now is the time to renew our country. And everything is in " 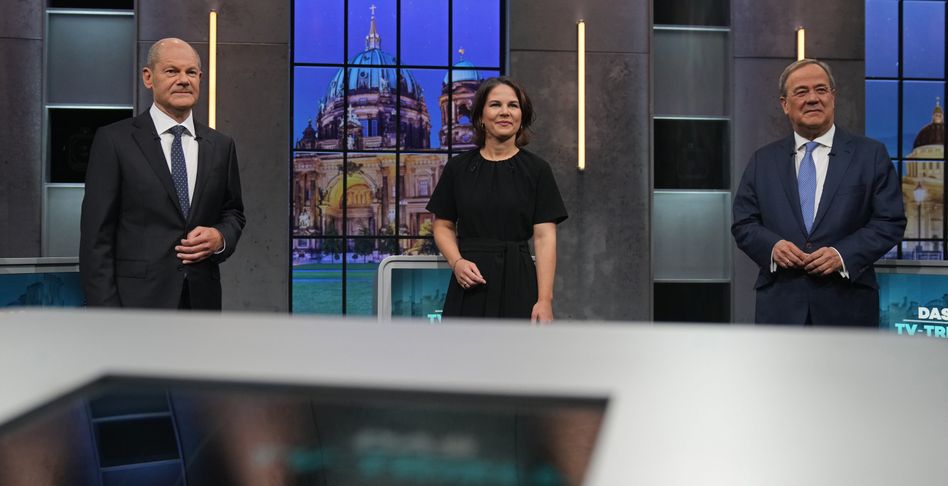 "Inappropriate or even sexist"? ARD presenter apologizes for question to Baerbock Second triall in the ticker: It could be uncomfortable for Scholz - Laschet has to deliver