The Democratic Party held a general meeting this Sunday (26th) to vote on whether to send members to run for the December Legislative Council election. Lu Wenduan, vice chairman of the All-China Federation of Returned Overseas Chinese, pointed out that if the Democratic Party strikes, it may be classified as an opposition to the Basic Law. 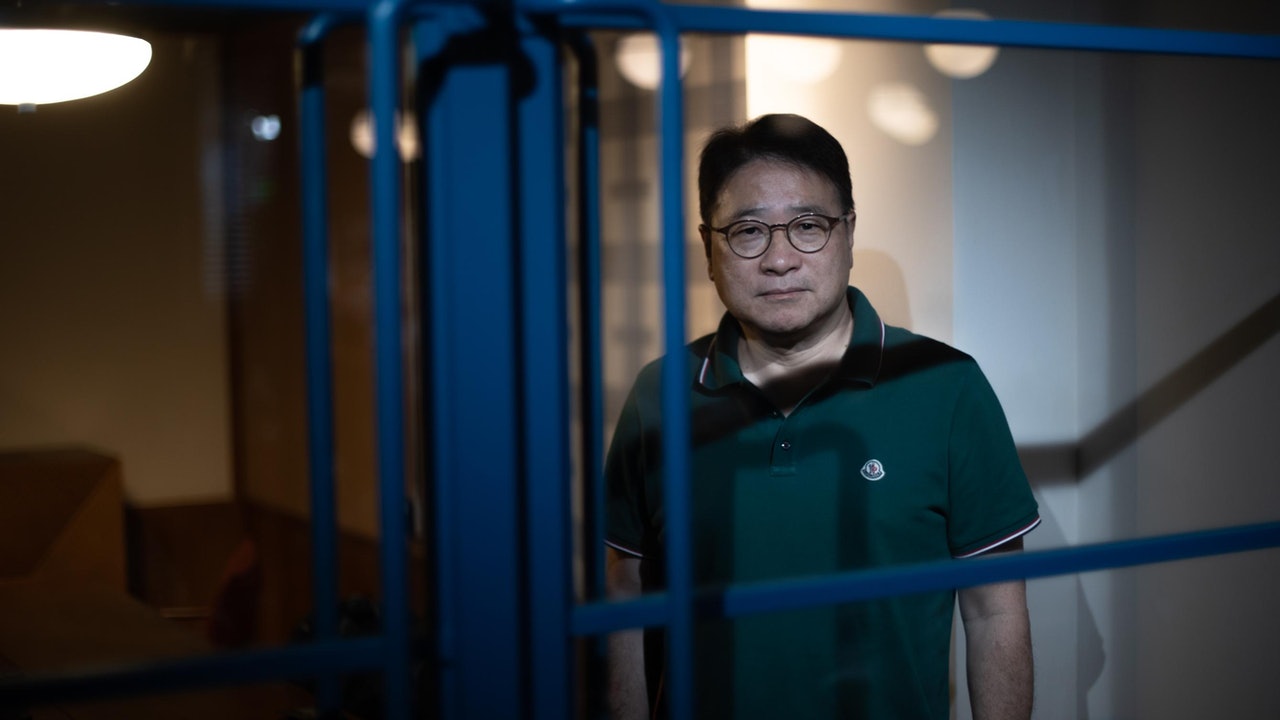 The Democratic Party held a general meeting this Sunday (26th) to vote on whether to send members to run for the December Legislative Council election.

The founding member of the Democratic Party and former Legislative Council member Li Huaming said this morning (23rd) that the general principle is that the party should send its members to stand for election, otherwise the party should be dissolved.

He also pointed out that if the Democratic Party considers running for election in four years, it is only an "ostrich policy." It is expected that the political environment in Hong Kong will not become looser in four years.

Lu Wenduan: Want to be selected or need to quit the party

In a newspaper interview, Lu Wenduan pointed out that the new election system has become part of the Basic Law. If the Democratic Party General Assembly vetoes the election, it is against the new election system and may be externally defined as a political party that opposes the political development arrangements of the Basic Law. It is also very difficult for members of the Democratic Party to stand for election as individuals. Those who wish to participate in the election have no choice but to withdraw from the party.

Li Huaming responded on the RTHK program this morning that Lu Wenduan is not a representative of the central government, but will refer to his opinions.

He reiterated that if a political party does not stand for elections, it will lose its basic meaning. He also pointed out that the political situation in Hong Kong has deteriorated in recent months and the atmosphere is very poor. It's a pity.

Li Huaming said that he does not think about the various problems that may be encountered when sending candidates to participate in the election. He thinks that as long as he has not tried it, he will not know whether there are any problems. He supports the appointment of candidates; if no one is running in the end, or the candidate I was also DQ and had to "recognize his fate."

He emphasized that the Democratic Party is not a pressure group, nor is it a think tank purely for expressing opinions, public opinion research, and surveys. He asked if he abandons his election, what platform is there to discuss politics on the political stage.

Former Democratic Party member Su Yiheng, regarded as a "candidate party," was ruled that the oath was invalid and disqualified as a member. Li Huaming agreed that the political situation is getting worse for the democrats, and believes that if there is no room for the future, the Democratic Party is complete. For its historical mission, there is no need to retain the organization.

He pointed out that if a political party does not have seats, it has no value in the eyes of the public and has no influence on the government.

Regarding the suggestion that the Democratic Party can reconsider running for election in 4 years (the next change), Li Huaming described it as an "ostrich policy." It is expected that the political environment in Hong Kong will not become looser in 4 years. If the Democratic Party does not run for the current legislature Election will only make the council more "uniform"

The Democratic Party stays in the District Council?

Li Huaming: Knowing that it has been dwarfed

The program host asked Li Huaming, can he stay in the district council to monitor the government?

Li Huaming also pointed out that when he went to the district to listen to opinions, some neighbours asked him how the district councillors resigned, but I believe that if it is just a community director, I hope to arrange a meeting with officials, "If you are not a representative authorized by the official public opinion, (Even if you hand it in) the referral letter, I can say with certainty that most of the people have fallen into the sea."

Lu Wenduan pointed out that if the Democratic Party strikes, it may be classified as an opposition to the Basic Law.

Li Huaming emphasized that he would never run for another election, but he believed that if someone wanted to run, it would be normal to fight within the party.

He also pointed out that he heard the Democratic Party Chairman Luo Jianxi said that he had a low influence in the party, and he laughed at himself as "no one cares about me," but he believed that he should express his personal opinions under the democratic system.

Li Huaming said on a commercial channel program that if he gives up at an important juncture, there may be no platform to express it in the future.

Regarding some people who think that the electoral system is unfair this time, they choose not to participate. Li Huaming retorted that the Legislative Council has always been a "small circle" with the majority, and the democrats have never been more than half. Even if the system is poor, there are still very few Space contest.

He confessed that if the Democratic Party does not stand in the election, members will only be more "uniform."

He believes that if the Democratic Party runs for the election without being DQ, the chance of winning in direct elections is high and it can still make "a little noise" in the parliament.

The Democratic Party’s Election Road︱ Li Huaming: Candidates must give a green light to the central government. If they actively abandon the election, they will quit the party. The Democratic Party’s "participating faction" is said by DQ that the situation is embarrassing and the Legislative Council is difficult to enter. If you meet the requirements, I would like to nominate 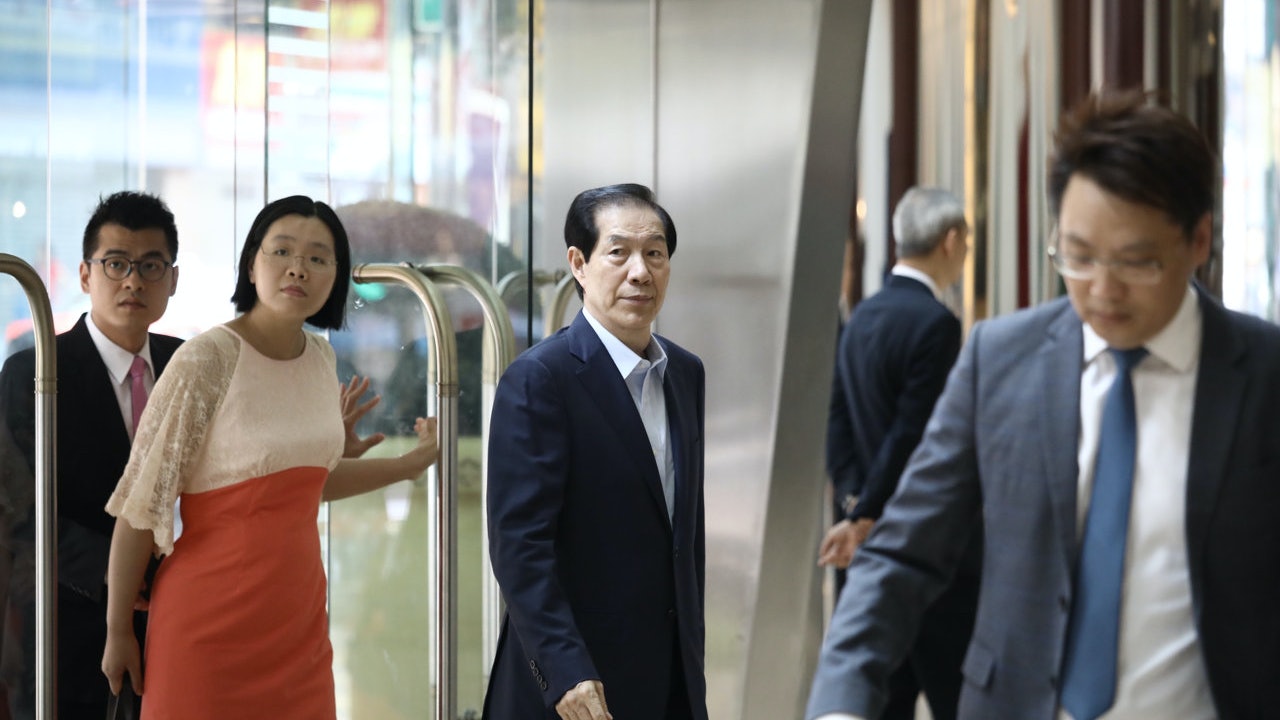 Lu Wenduan: Stake "ends dictatorship" violates national security laws and urges the pan-people to cut and avoid the election as soon as possible 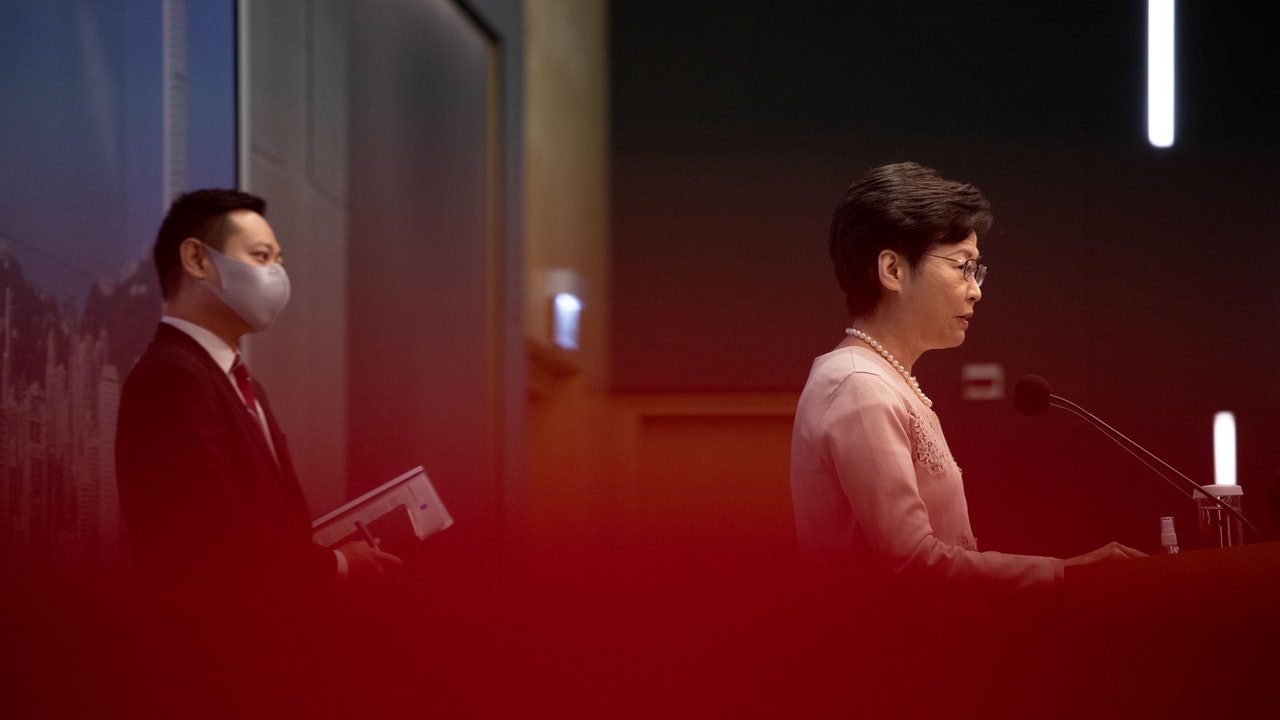 The Democratic Party bans party members from participating in the election against the National Security Law? Carrie Lam: Influencing or sabotaging elections is illegal

Lu Wenduan: The Stake "Ending One-Party Dictatorship" Violates the National Security Law and urges the pandemic to cut as soon as possible Yuan Haiwen: The Democratic Party should clearly explain the concept of running for "No Soup No Water" in his own name 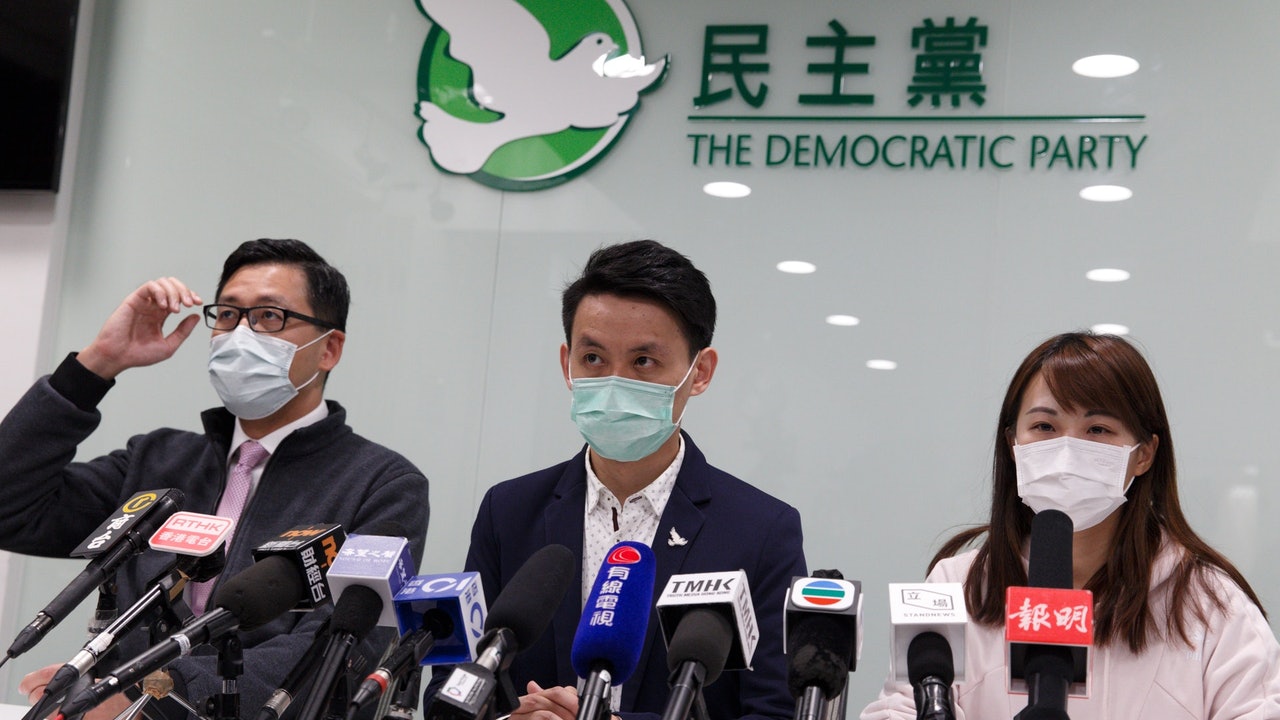 Lu Wenduan: quasi-individuals can stay alive when running in the name of the Democratic Party 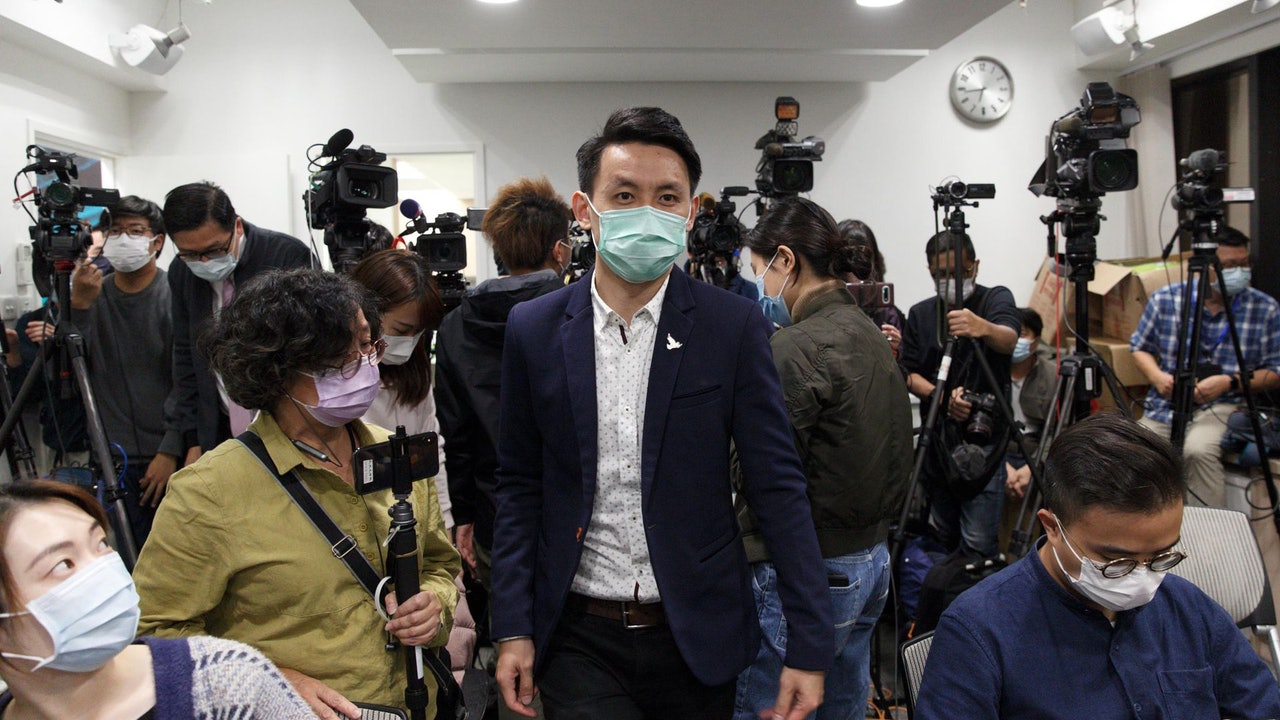 Luo Jianxi: It is difficult to prohibit party members from being elected against the order and warn the use of the white dove sign and claim that it is illegal to represent the party 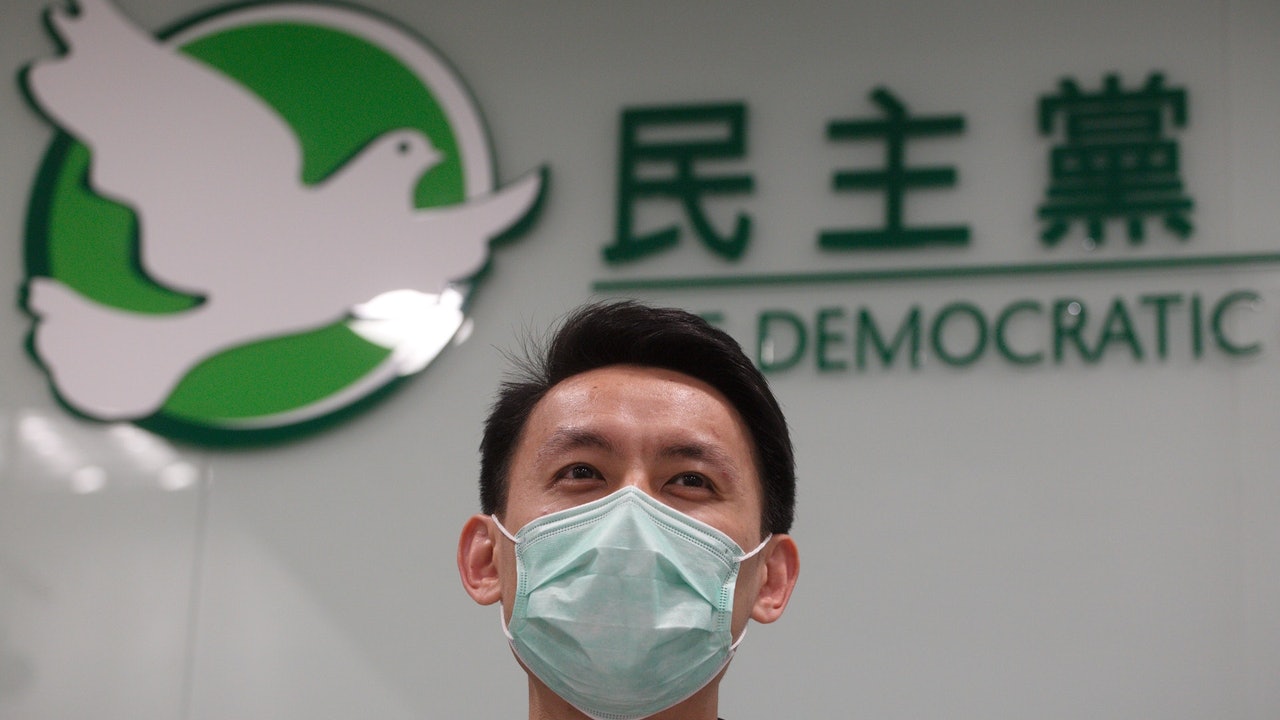