After being criticized in 2019 for not including women in panels, in the jury and among the finalists, the fourth edition of this event brings a more equal configuration 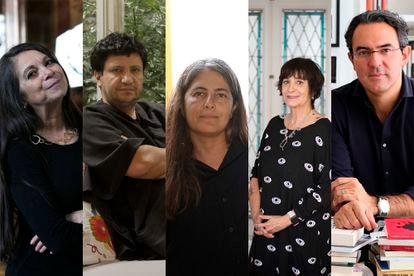 The city of Guadalajara will celebrate this Thursday and until next Sunday the fourth edition of the Mario Vargas Llosa Biennial, which will award an award to the best novel in Spanish published in the last two years: between January 2019 and December 2020. The biennial It started its first edition in 2014 and since then it has awarded a prize of 100,000 dollars (about 85,000 euros) to the winner, which makes the award one of the best paid in Latin America.

The chair fell into public disgrace in 2019, when it celebrated its third edition, after dozens of writers criticized in an open letter the gender disparity in the event's panels (13 men and only three women), in the finalists (four men). and a woman), and on the jury (four men, one woman). Given the disparity, the signatories said, it was not surprising that in the three biennials held previously –2014, 2016, 2019– the winners were men: the Spanish Juan Bonilla for

Prohibited to enter without pants

; the Chilean Carlos Franz Thorud for

If you saw yourself with my eyes

; and the Venezuelan Rodrigo Blanco Calderón for

"It is unacceptable that in the 21st century, in the midst of demands for equality, an event such as the Mario Vargas Llosa Novel Biennial is organized without a gender perspective," said the letter signed by writers such as Mariana Enríquez, Liliana Colanzi, Rosa Montero or Juan Villoro and who also demanded that the organizers "work to adjust that historical inequality that has condemned women to a place of subordination and silence."

There are two or three women in each of the eight panels of the event;

three authors among the five finalists;

and three women among the five members of the jury, which is now led by the Argentine chronicler Leila Guerriero and which also includes the Mexican Rosa Beltrán and the American Raquel Chang-Rodríguez.

"We have been scrupulous and we have tried to maintain a joint call," the new director of the chair, the Peruvian writer Raúl Tola, told EL PAÍS, who was appointed in July 2020. Tola told EL PAÍS that the parity in the finalists “It has been a happy coincidence”, that the disparity in 2019 occurred more due to a “cancellation issue”, and that “the spirit of the chair is to promote quality literary creation by men and women alike”.

The jury received 412 applications for this fourth biennial, and among the five finalists who could win the 100,000 dollars are the Argentine Selva Almada for

; the Spanish Rosa Montero for

; the Mexican Carmen Boullosa for

; and the Chilean Alejandro Zambra for

The Biennial will open its first discussion table with a talk between the five authors, at the University of Guadalajara.

With the exception of Vásquez's novel - which tells the story of a Colombian director in Maoism in the mid-twentieth century - the other four bring debates on gender and sexuality in the center or fundamental parts of their pages: masculinity, domestic violence , the myths around femininity, or fatherhood.

Freedom as a 'leitmotif'

Counting the five finalists, another thirty authors will also arrive at the University of Guadalajara, such as the Peruvian Santiago Roncagliolo (whose new novel

And Free Us From Evil

deals with the issue of sexual abuse in the Catholic Church), the Argentine Gabriela Cabezón Cámara (his novel

deals with the issue of the disappeared in his country). Each of the eight panels in which they will participate will be face-to-face –the organizers asked the authors for their vaccination certificates and PCR tests to attend– and will be available on Facebook. The main theme of the event, which the authors will be discussing these four days, is “literature: last refuge of freedom”.

"At that time, we had to give up our freedom," says Tola, the director, referring to the first months of strict confinement when the pandemic was declared in March 2020, in order to reduce infections. "And literature has been a refuge for the soul of all people: thanks to fictions we have been able to travel and live other lives." Tola, who personally took refuge in the lyrics of William Faulkner and John Dos Passos, proposed this issue of freedom to the organizing committee, which includes Mario Vargas Llosa, and the two heads of the Guadalajara International Book Fair (FIL), Raúl Padilla and Marisol Schultz (although the Biennial was organized the first two times in Lima, it moved to Guadalajara in 2019 after financing difficulties, and now has the financial support of FIL).

"I've always wondered how people who don't like literature or art get by," says Tola.

"That must have been a really unbearable loneliness, because finally in literature you find that, a point of escape, a point of freedom."

In addition to celebrating all the authors, the foundation that organizes the Biennial seeks to promote the work of the Nobel Prize winner in Literature Mario Vargas Llosa, and two events in particular will do so especially in this fourth edition: a presentation of the author's theatrical work, published in 2008,

At the foot of the Thames

and a conversation on Sunday afternoon, before announcing the winner of the Biennial, between him and the members of the jury Leila Guerriero and Rosa Beltrán. 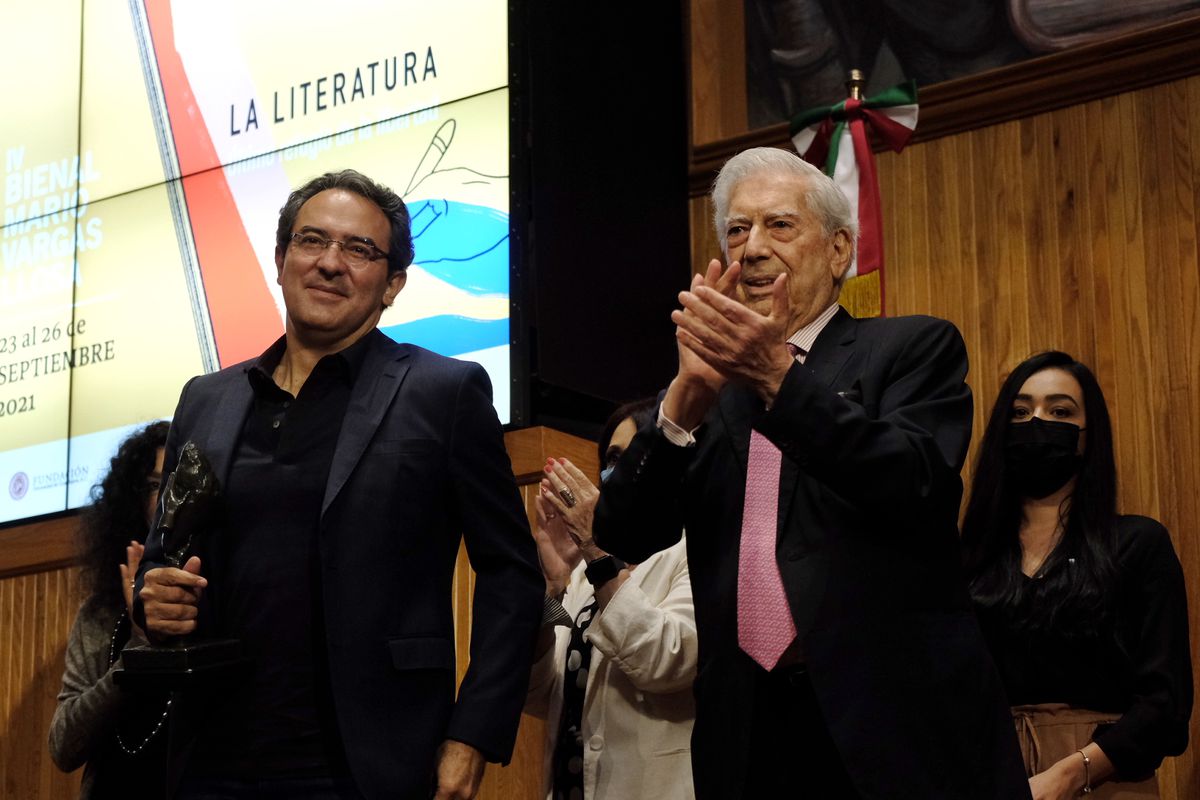 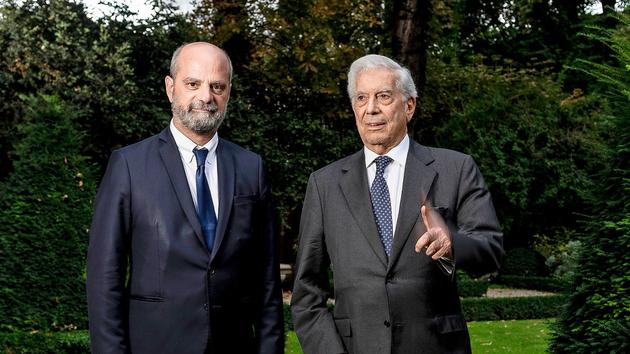 Jean-Michel Blanquer-Mario Vargas Llosa: freedom in times of the cold war and the pandemic 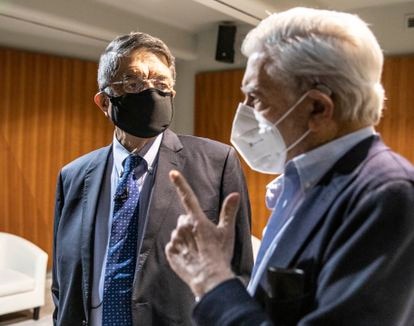 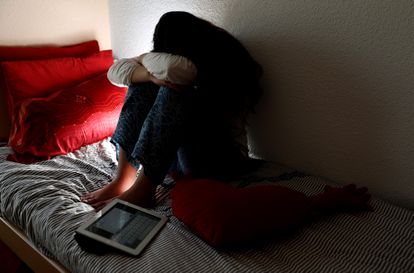 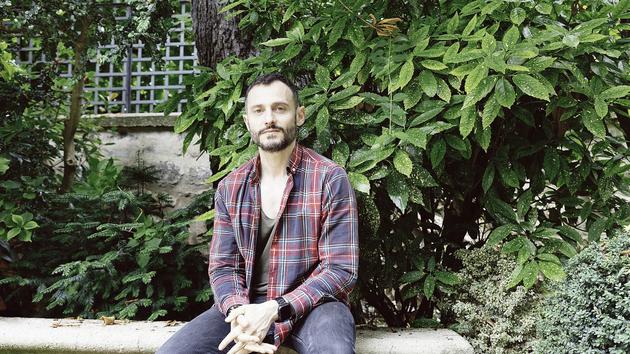