This year it is the 60th anniversary of the town elevation of Wolfratshausen. A big celebration is not possible due to the pandemic. But it's definitely worth looking back. 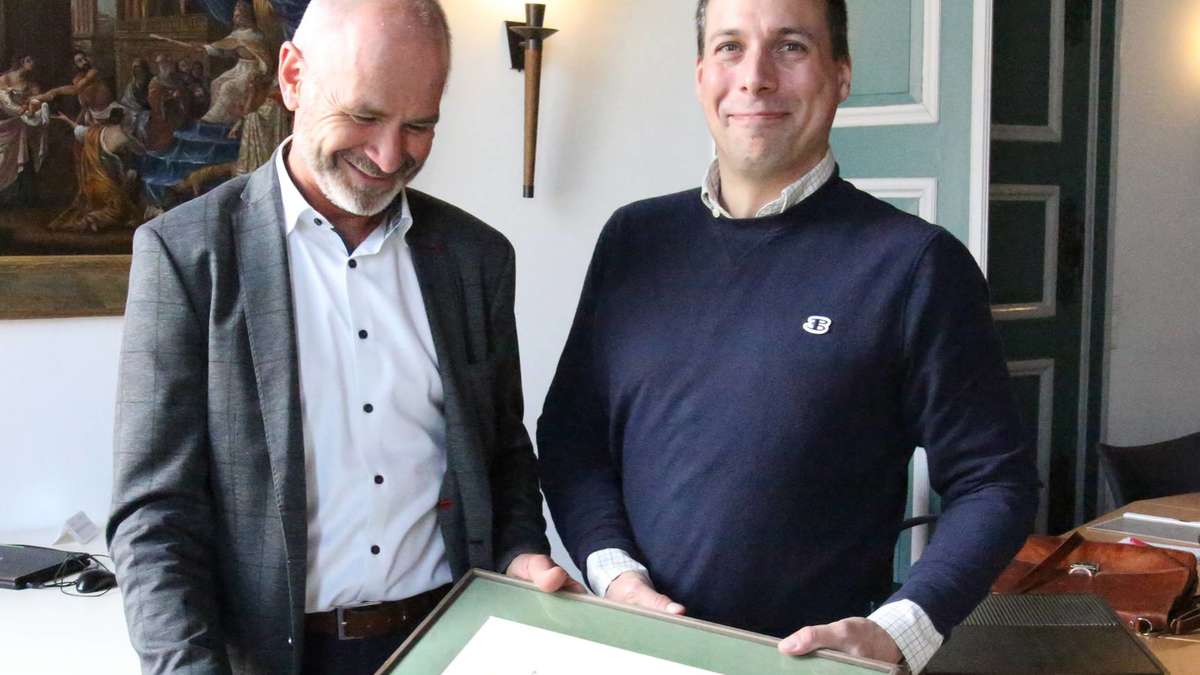 This year it is the 60th anniversary of the town elevation of Wolfratshausen.

A big celebration is not possible due to the pandemic.

But it's definitely worth looking back.

- In 1961, a lot of promising events happened: The Berlin Wall was built, ZDF went on air, Yuri Gagarin was the first person to fly into space, and Chancellor Konrad Adenauer brought guest workers into the country. The year is also of particular importance for the history of Wolfratshausen: On October 9th, Alfons Goppel - at that time Minister of the Interior, later he became Prime Minister - took up his pen and signed a document with an apparently succinct, actually far-reaching sentence: “The Wolfratshausen market is given the designation city. ”The 16-member city council under Mayor Peter Finsterwalder sen. had unanimously decided on a corresponding proposal, District Administrator Franz Lehmair had approved it - and the Minister was happy to comply. In addition, the place, date and a lively signature.

Mayor Klaus Heilinglechner and archivist Simon Kalleder brought this document, now framed, to a press conference on Tuesday in the meeting room of the town hall. In doing so, they remembered this eminently important date in Wolfratshausen's history, which this year marks the 60th anniversary. After centuries in which the Loisachstadt had held the title of a market, it has now been officially elevated to the status of a city, that is to say: upgraded. The granting of city rights did not result in any specific changes, except for changing the letterheads. But it was generally seen as the end of a long and rich story. “It was exactly the right time,” said Heilinglechner. Because: In 1978 Wolfratshausen lost its central position in the course of the regional reform, from now on the district town was Bad Tölz."After that it would not have been possible anymore."

2021: The city waives a big celebration

That alone is one reason why the city survey is not celebrated as big this year as it was in 2011, when 1000 participants and guests from all partner cities marched through the streets.

In addition, there is the still unsafe corona situation.

"We are foregoing a festival program this year," said Mayor Klaus Heilinglechner on Tuesday.

The city council must decide whether the celebrations will be rescheduled for next year.

But the topic is not completely forgotten.

As CEO Kirsten Vogler explained, the city will start a quiz on her Instagram profile.

In addition, the photo club plans to show an exhibition with pictures from 1961 in the Boodevaar tower.

The minister's certificate of October 9, 1961 was followed by a major ceremony in Loisachstadt at the beginning of December. A whole weekend was marked by this event: It was a full program, as one would say today. Saturday, December 2nd: 7.30 a.m. wake-up call by the brass band. 8 a.m .: bells ringing in all churches. 8.30 a.m .: Festival service. 10 a.m .: Reception of the guests of honor in the town hall. From 10.30 a.m .: Ceremony in the film theater on Bahnhofstrasse. “At that time it was the largest hall in town,” explained Kalleder. In addition, Handel's “Hallelujah” was heard. Really great cinema.

For the press conference, Kalleder had brought a sound recording from the archive, about five minutes long, possibly a contribution from the Bavarian Broadcasting Corporation. It rustles and scratches - and then you hear a reporter asking questions, for example to Mayor Peter Finsterwalder and to State Secretary Heinrich Junker, who represented his minister. Their - remarkably short - speeches have also been preserved in their original wording. Finsterwalder points out that the rafters had carried the Wolfratshausen name to Vienna and Budapest since ancient times. That generations of Loisach townspeople "have proven themselves as craftsmen". And that the market was built “over centuries on hard work and efficiency”. Junker added in praise of Wolfratshausen: "Everyone knows that Wolfratshausen is not a sleeping, but a working city." The latter is a quote,that forced a smile from the current town hall chief. "That was apparently already an issue back then," he said. "Personally, I have never been able to understand the debate."

Quotes from 1961: In the Wolfratshauser archive there is a short recording of the ceremony from 1961. It rushes and cracks - and suddenly brings the old days to life.

“Anyone who would like to familiarize themselves with the circumstances of the town elevation will find plenty of material in the archive on Bahnhofstrasse.

“We have a lot,” said Kalleder.

In addition to the sound recording, this includes a slipcase with three volumes full of historical documents, from the invitations to the ceremonial speeches to the refusals from other mayors - for example that of Weilheim, who justified his absence by having to give an important local political report.

The material was compiled by Ulrich Wimmer, then still a chaplain, later city pastor.

As someone who has done a lot of historical work, he was exactly the right man for the job.

He surely knew that something important was happening here.

Back to the events of 1961. Our newspaper also recognized the importance of the event and reported on it in detail. Anton Roth, mayor of the sponsored town of Bad Tölz, played a big role in the articles, and gave a humorous speech in the cinema, “like a good neighbor after work”. When he expressed the hope that the Tölzer Löwen will become German ice hockey champions in 1961 if they “continue to play so happily and skillfully”, spontaneous applause broke out - apparently they already had some fans in Wolfratshausen back then. And the wish was actually to come true, for the first time in the history of the lions. It was also Roth who presented the mayor Finsterwalder with the silver chain of office that the town hall chiefs have worn on swearing-in ceremonies and other special occasions ever since.

City elevation then and now

How do you actually become a city?

“That is not stipulated by law,” declared State Secretary Heinrich Junker in his radio report in 1961.

The prerequisite is that the municipality forms a center in terms of settlement and culture.

A minimum number of inhabitants is also important (in Wolfratshausen at that time it was 8561).

"Wolfratshausen has developed beyond the scope of a market and needs a new name," says Junker.

It seems that the Ministry of the Interior still has discretion today.

As the press office informs the authority, the following aspects are decisive: Clear distinction from the group of other municipalities, population over 15,000 (Wolfratshausen current: 19091), urban character.

Ultimately, however, it still depends on the individual case.

In his speech, the godfather focused on the similarities between Tölzern and Wolfratshausers. Such is the fact that both live on the banks of the Isar. "She's a real woman, capricious and violent by nature, and frightening in her anger," he said. A sentence that apparently nobody thought about at the time, but which one would hardly let him get away with today. Beer brewing also unites both cities. "Eleven breweries in the Loisach metropolis and 22 in Tölz once quenched the thirst of Munich's throats," said Roth. He also mentioned the common love for home, for customs, for the Sagittarius, for singing and for music. “And last but not least, in addition to all that I have in common, I have to point out that Wolfratshausen's First Mayor was born in Tölz.You can hardly imagine a closer connection. "

The speaker skilfully dealt with the rivalry between the two cities by telling the episode of the Tölzer beating. The Tölzer rafters once presented the Wolfratshauser with a large cabbage spoon as a "mocking gift". The background: For a long time the Loisachstadt had little business, instead a lot of herbs grew. This led to the Tölz saying that their neighbors would “eat the herb with a spoon instead of a fork”. The Wolfratshauser didn't let that sit on them, however, and made a gift in return: The Tölzer Beatings, one of the Trift logs that often flowed past Wolfratshausen down the river Isar. A pretty direct reference to the Tölzer's notorious arguing and rowdiness. The cabbage spoon from 1772 hung in the Wolfratshauser Heimatmuseum. As it appears,Anton Roth had once set out to look for the Tölzer beating. "Unfortunately, I couldn't find out where it was."

The then District Administrator Franz Lehmair also had a say.

In his opinion, the granting of city rights was also the deserved reward that Wolfratshausen was the seat of the nursing court for many centuries (and thus the center of an administrative unit in pre-Napoleonic times that reached as far as Lake Tegernsee and Ismaning).

Lehmair added that, as in the other 25 Upper Bavarian districts, the official seat of the Wolfratshausen district is now also a city - the only exceptions are Berchtesgaden and Garmisch-Partenkirchen.

As a gift he brought a tapestry as decoration for the new meeting room in the town hall.

With that the words were changed once enough.

The festival weekend ended on Sunday with a soccer game.

In front of 3,000 spectators, TSV 1860 Munich - at that time a big number in German football - played against TSV Wolfratshausen.

The ball for the game was thrown from a single-engine machine of the American Air Force that took off from Bad Tölz.

The goal against the overpowering opponent from Munich scored Lothar Graf.

As our newspaper meticulously reports, the Wolfratshauser extended a free kick with his head.

A nice end to a big weekend. 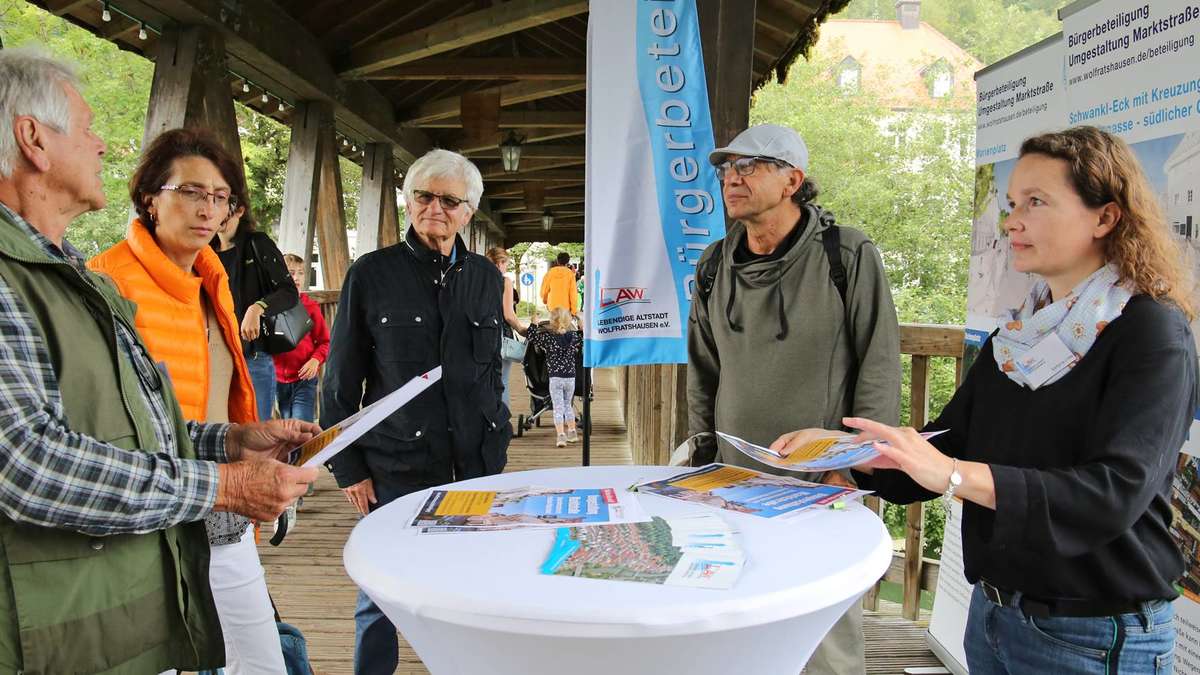 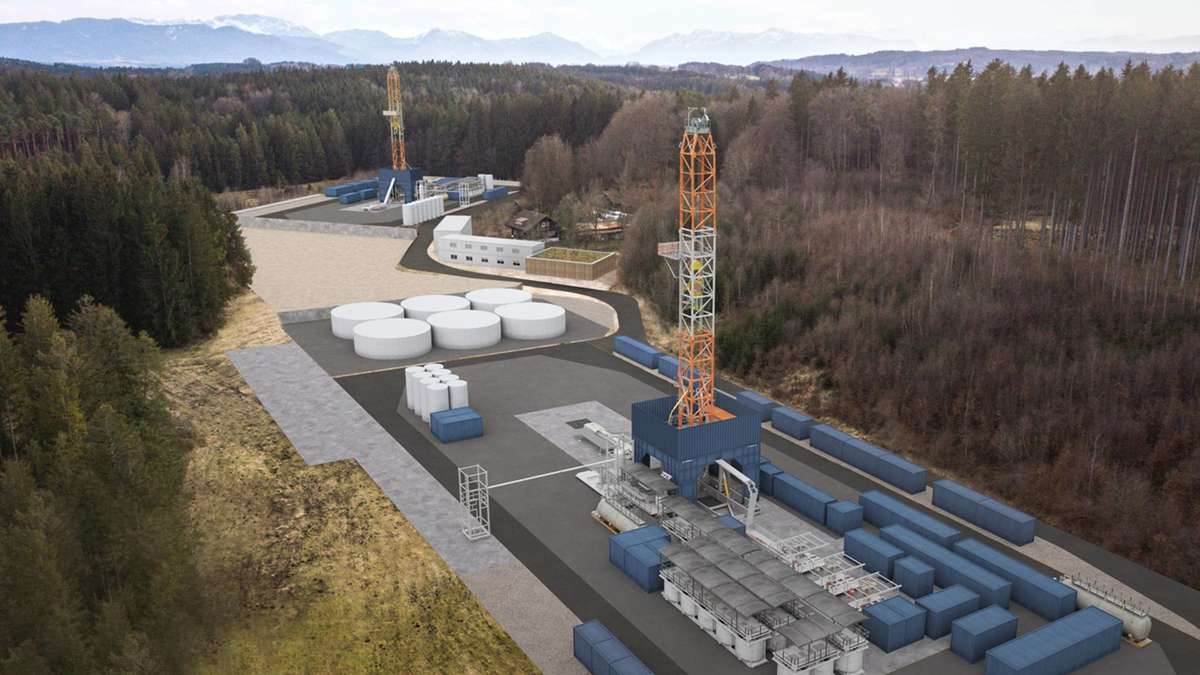 Geothermal energy in Geretsried: this time it has to work 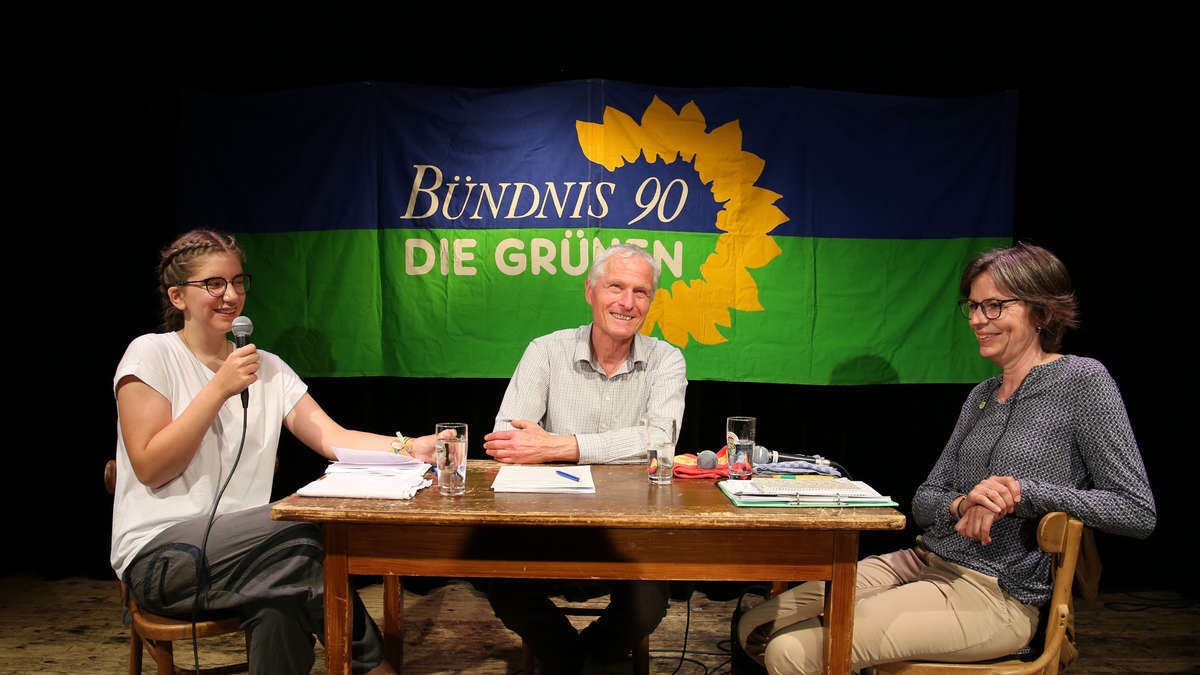 Baumschutz: Were there any “assurances” from other parties to the Greens before the local elections? 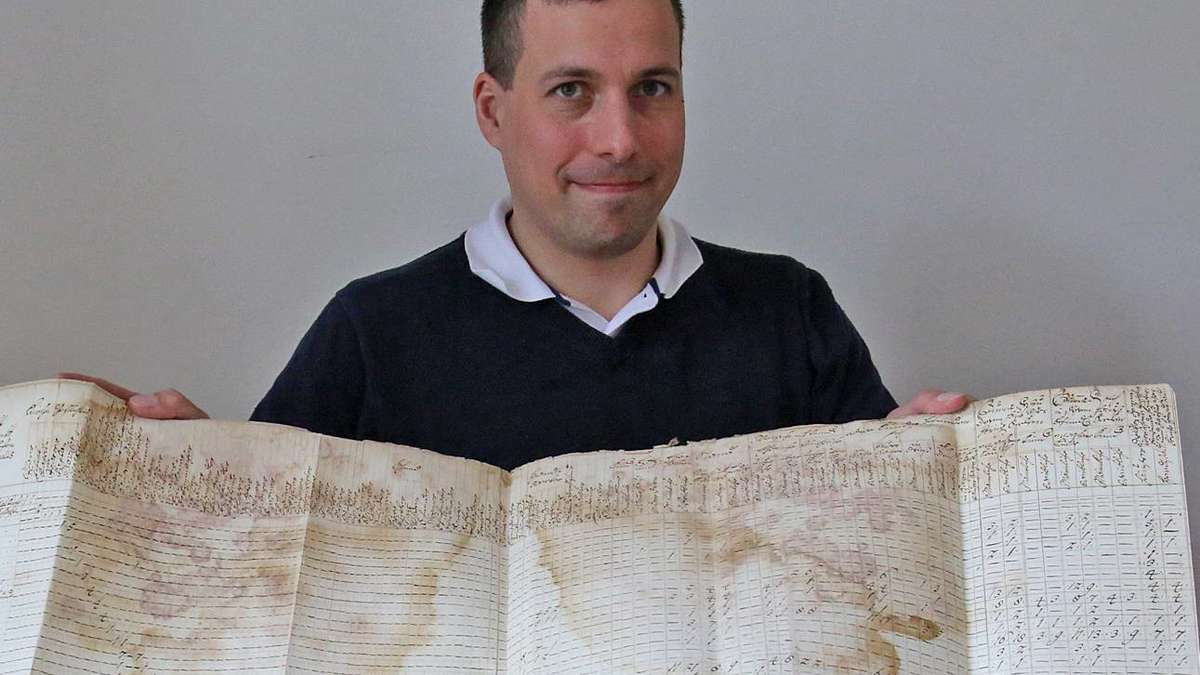 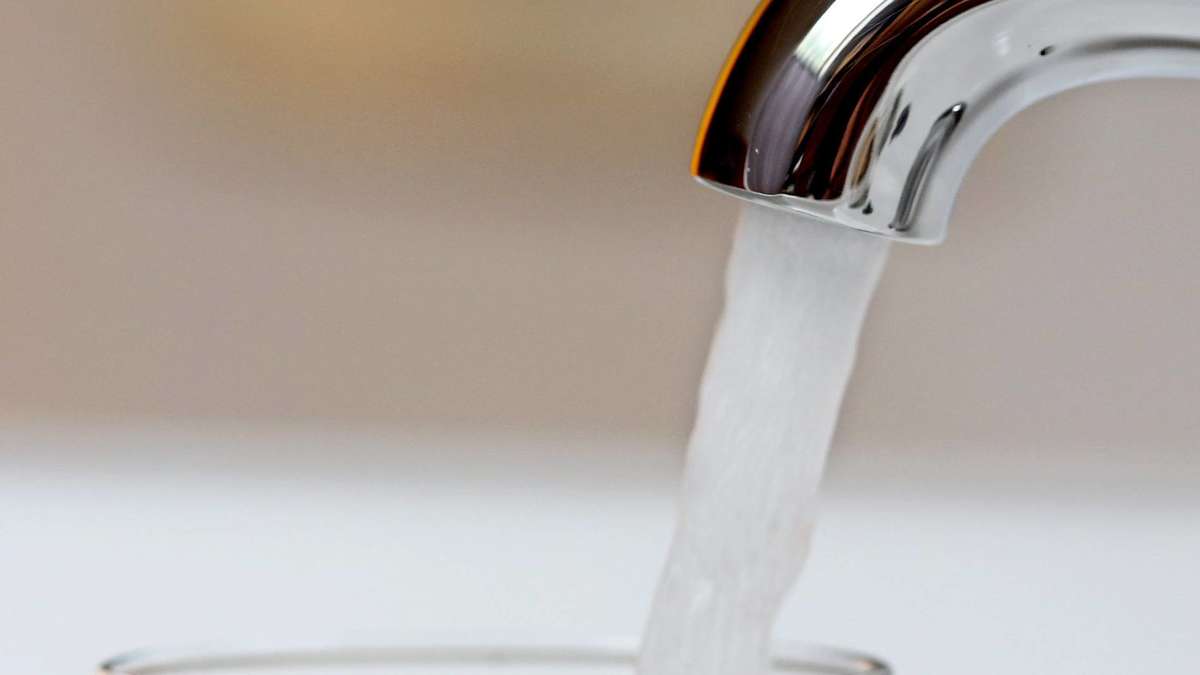