Energy prices shot up in Europe due to different factors, and specialists foresee a crisis for next winter.

This technology could limit the cost of electricity 4:44

Energy prices are skyrocketing, and as winter approaches, Europe worries.

The cost of wholesale natural gas has skyrocketed to record highs in the UK, France, Spain, Germany and Italy.

Household and business bills have already skyrocketed, and could rise even higher as the cold approaches and more fuel is needed for electricity generation and heating systems.

"We have seen huge price increases," said Dimitri Vergne, head of the energy team at the European Consumers Organization.

"It is worrying for the winter, when gas consumption will necessarily increase."

There is a complex web of factors at play.

Rebuilding stocks has been difficult, thanks to an unexpected jump in demand as the economy recovers from COVID-19 and a growing appetite for liquefied natural gas in China.

Russia is also supplying less natural gas to the market than before the pandemic.

Meanwhile, other sources of energy have been less available, as calm summer weather silenced North Sea wind farms, and countries ditched coal as pressure mounted to deal with the climate crisis.

Germany is also phasing out nuclear power by 2022.

China faces its worst power shortage in a decade 1:05

The deterioration of the situation is rapidly transforming into a full-blown crisis.

In the UK - where spikes in the price of natural gas have already threatened to exacerbate food shortages - Prime Minister Boris Johnson's team is debating the extent to which it should offer state aid.

There is a price cap for consumers there, but that is helping drive small British energy companies out of business.

Industries across the region are seeing costs skyrocket.

Some British steelmakers have had to suspend operations, according to the UK Steel trade group.

Norwegian fertilizer company Yara is cutting ammonia production in Europe by around 40% due to the record price of natural gas.

"Right now, it's not profitable to produce ammonia in Europe," Yara CEO Svein Tore Holsether said, noting that it costs $ 900 to produce a metric ton that sells for just $ 600. The company will temporarily turn to plants. from other parts of the world to supply customers.

The consequences could weigh on the European economy, while exacerbating fears about inflation at a delicate time in the recovery from the pandemic.

China announces sale of part of its oil reserves 1:01

"As long as people are concerned about rising energy costs, they may be inclined to curb spending," said Jessica Hinds, Europe economist at Capital Economics.

The jump in natural gas prices is due to a cold spring.

The cold of April and early May forced a reduction in natural gas stocks in a period when demand tends to decline.

But the problems do not end there.

China has also overtaken Europe in the supply of LNG, which is preferred as a cleaner alternative to coal, as the country tries to make its economy greener.

As a result, the price of energy for overnight delivery in France soared 149% between the beginning of August and September 15, according to ICIS data.

And in Britain, which operates a just-in-time market and does not have the same storage capacity as continental Europe, costs have skyrocketed 298%.

Delays in maintenance work, as well as the fire that disrupted a power cable that carries power from France, have increased pressure.

In this environment, European countries often turn to Russia, which covers about a third of the continent's natural gas needs.

But supplies from Gazprom, the state natural gas company, have been lower than usual.

The International Energy Agency on Tuesday asked the country to turn on the taps.

"Although Russia is producing at very high levels, there are still fears that it will not be able to produce enough to meet the very high demand from Europe," said Graham Freedman, an analyst at Wood Mackenzie.

"There is concern that there is not enough gas in [Gazprom's] storage to get through the winter."

Marzec-Manser said it is difficult to pin down exactly what is happening in Russia.

There were some production problems during the summer, and the country is also experiencing higher domestic demand, he said.

There are also theories that Moscow is intentionally supplying less than it could to encourage Germany to speed up its approval process for the controversial Nord Stream 2 gas pipeline, which will transport natural gas directly from Russia to the European Union.

Norway, which supplies about 20% of the natural gas consumed in Europe, is trying to help fill the gap.

Equinor, the state energy company, announced this week that it will increase exports starting in October.

But in the short term, experts warn that price pressure is unlikely to ease.

Great Britain, the most exposed

Political leaders are trying to assuage fears that citizens will be left without electricity or heat when temperatures drop.

"We do not expect supply emergencies to occur this winter," Kwasi Kwarteng, UK business secretary, told Parliament on Monday.

"There is absolutely no question ... of the lights going out or people not being able to heat their houses."

But it is becoming increasingly clear that the crisis will be costly and could weigh down the region's economy while the effects of Covid-19 are still being felt.

The situation is especially dire in the UK, where seven small energy providers - including Avro Energy, which served some 580,000 customers - have gone bankrupt in recent weeks because their costs have soared.

Dozens more are on the brink of bankruptcy.

Other British industries are also in danger.

On Tuesday, the UK government said it had agreed to subsidize a major US fertilizer maker at a cost of several million pounds to taxpayers to reopen factories that supply most of the carbon dioxide the company needs. Britain's food supply chain.

CF Industries decided last week to discontinue operations of its UK fertilizer plants because rising natural gas prices had made them unprofitable.

CO2 is used to stun animals for slaughter, as well as in packaging to extend the shelf life of fresh, chilled and baked products.

"I do see unenviable options, between many companies going bankrupt and who pays the bill."

The Confederation of British Industry, a UK business lobby group, stressed on Wednesday that "significant" price increases affect both businesses and consumers.

"It is essential that vulnerable customers and key energy-intensive companies that sustain critical UK supply chains are well supported throughout the winter," said Matthew Fell, Director of policies.

Much depends on the weather.

Henning Gloystein, director of energy, climate and resources at Eurasia Group, believes that if the coming months are especially cold weather, there could be more pressure on certain industries to reduce their consumption of natural gas and prioritize supply to households.

"If it's cold this winter, [supplies] could be very tight," he said.

"Politically, that is really toxic," he warned.

Governments will do what they can to protect consumers from rising prices, Gloystein continued, noting that price caps and subsidies are likely to persist.

But economists are already revising their inflation expectations for the coming months, warning that the natural gas shortage will only exacerbate price increases triggered by increased demand and continuing supply chain problems.

CO2 prices paid by the British food industry, for example, will rise despite the temporary subsidy to CF Industries.

It remains to be seen to what extent this carries over to supermarket shelves.

"At the moment, inflation seems likely to increase in the short term," said Hinds of Capital Economics.

"And this will probably last until next year."

He predicted that a previous estimate of headline inflation of 3.5% for Europe in the final months of 2021 could rise to 4%.

"Gasoline prices could drive inflation beyond the 2% [target] for longer," Bank of America analysts said in a recent note to clients. 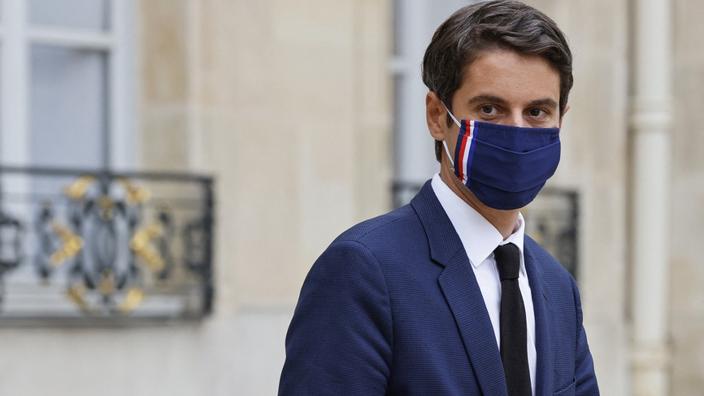 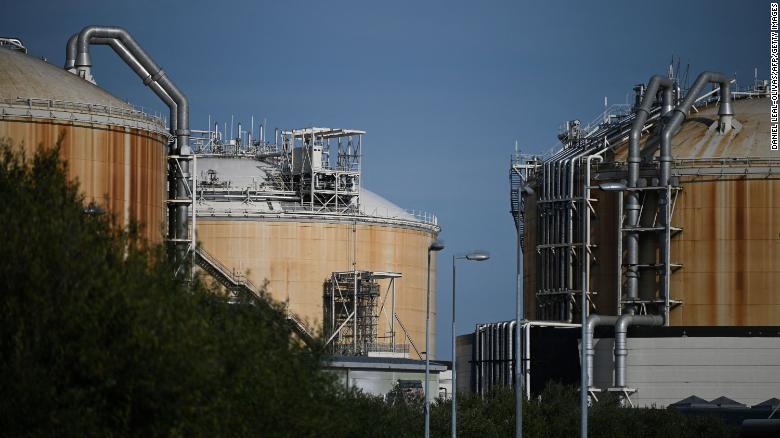 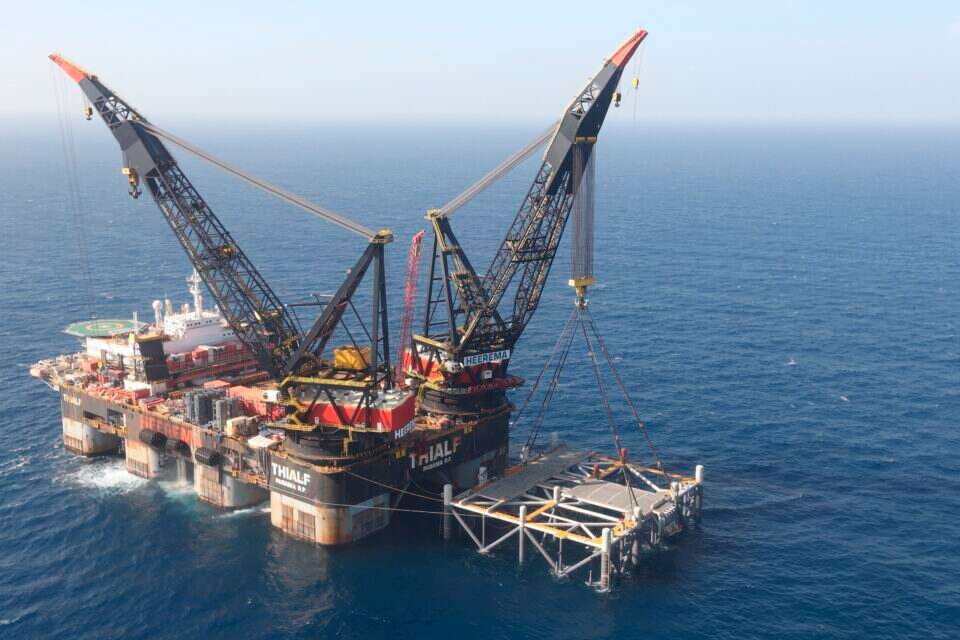 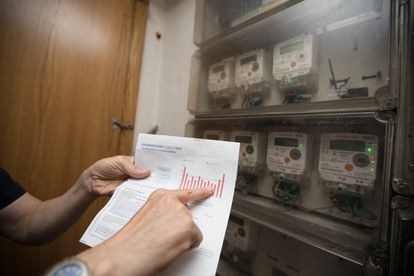