Moderately injured in an elevator crash in Lod Israel today

A man in his 40s entered an elevator in a building on Hasmonean Street in the city, but it did not reach the floor and he fell • He turned to Sheba in fair condition with a chest injury 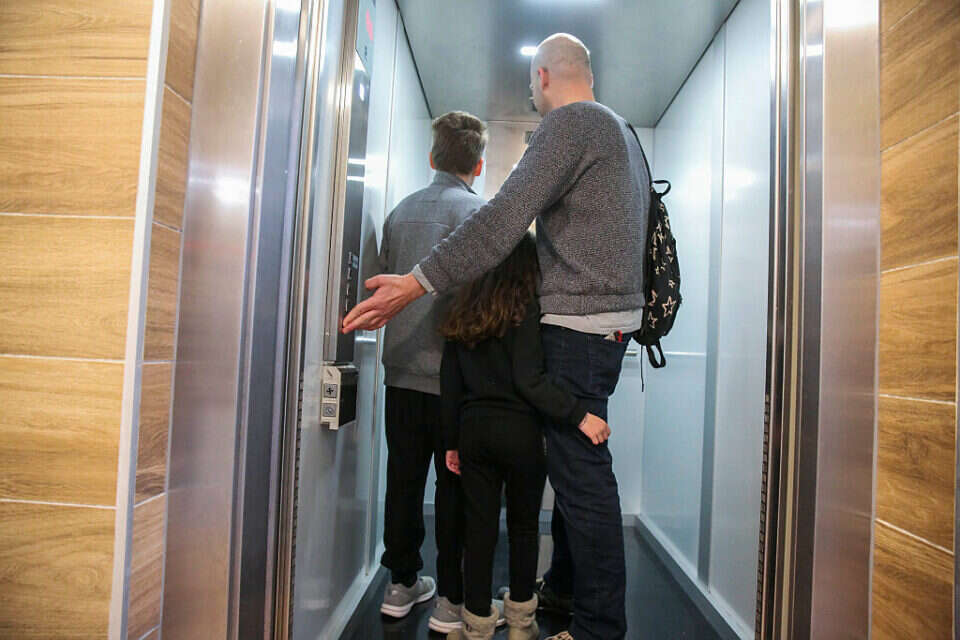 He thought he had entered the elevator, but it did not reach the floor:

Paramedics from the Rescue Union today (Thursday) provided first aid to one moderately injured person after he was hit by an elevator on Hasmonean Street in Lod.

He was evacuated by MDA medics to Shiver Tel Hashomer Hospital in fair condition with a chest injury.

According to the report, the victim, a man about 40 years old, entered the elevator at the opening of the door on the fourth floor of the building and fell because the elevator did not reach the designated floor.

Benjamin Greiman, a paramedic from the Rescue Union who treated the victim at the scene, said: "The firefighters rescued a man who was moderately injured after he was injured when an elevator collapsed.

Moderately injured in an elevator crash in Lod Israel today

Police have arrested a suspect in the murder of the young woman in Ramla - Walla! news

Moderately injured in injury to Sderot; Hamas: Expect a ceasefire within a day or two - Walla! news

Commissioner: "We were not prepared for the number of incidents, we will consider the rioters" - Walla! News

Minutes before the B'Tselem hit Lod, 15 people studied Torah in the courtyard: "There is no sense of security" - Walla! News