In Rome, wild boar rots keep appearing on the streets - and are now a topic in the election campaign for mayor's office. The pigs are happy that the city is not getting its waste disposal under control. 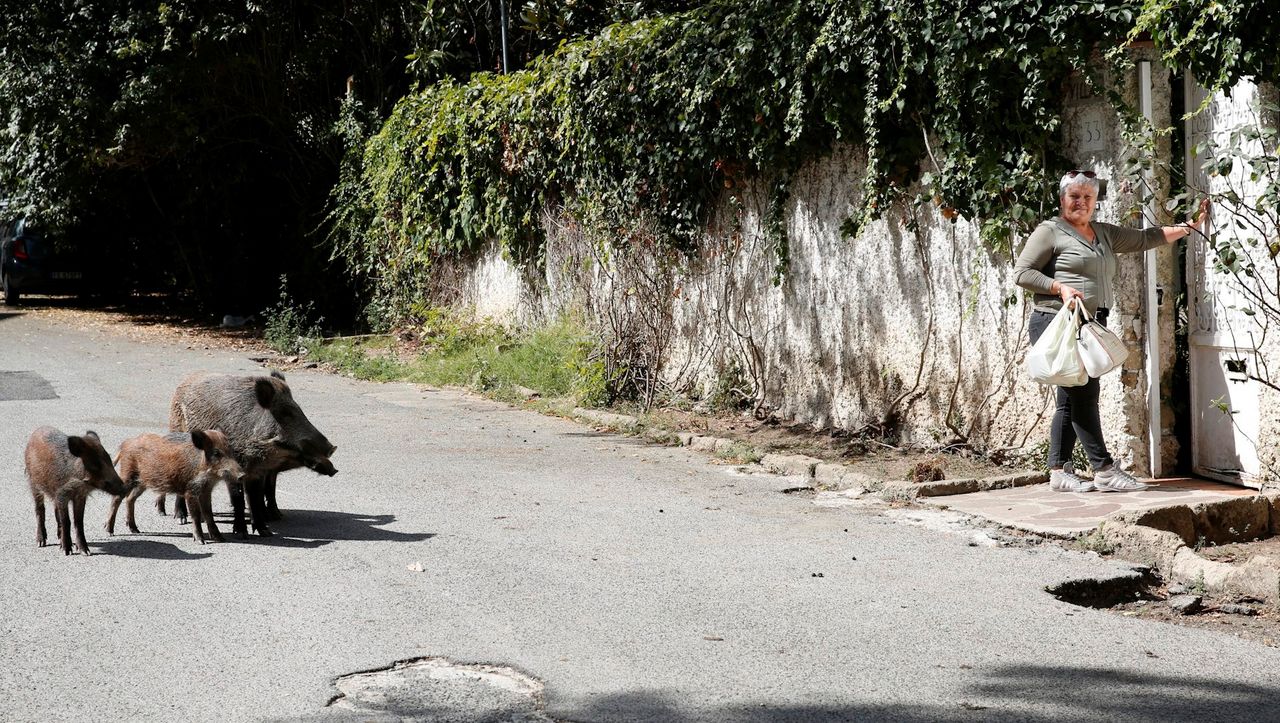 Well-mannered, peaceful - for their standards, a small group of wild boars roams the Roman quarter of Monte Mario.

Shortly before the mayor elections at the beginning of October, these images rekindled the discussion about the decay of the Eternal City.

If you come across a family of 15 wild boars, you can get scared.

The way to school can also be dangerous for teenagers.

We are careful with the wild boars. We are not afraid because we know that they will not attack us. But we always stay at a safe distance from them. If a wild boar happens to be there with its youngsters, we risk an attack.

On other shots, a good dozen wild boars were seen running around in the middle of the traffic in Rome.

In the spring, wild boars had eaten the contents of the shopping bags of a woman who was afraid to leave her goods to the animals.

Virginia Raggi, mayor of the populist Five Star Movement, who has been in office since 2016, sees responsibility for the wild boar visit with the authorities in the Lazio region - ruled by the socialist party.

The problem would be used against them in the election campaign and exist nationwide.

The Italian capital has long struggled with the disposal of garbage - which, according to its critics, attracts animals.

The only thing left for their residents is: annoyed grunts. 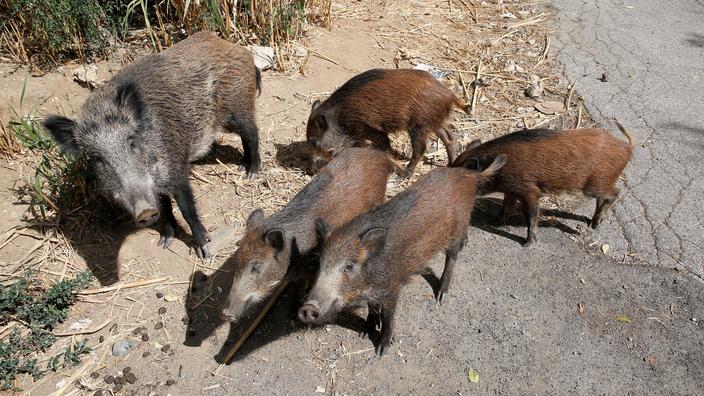 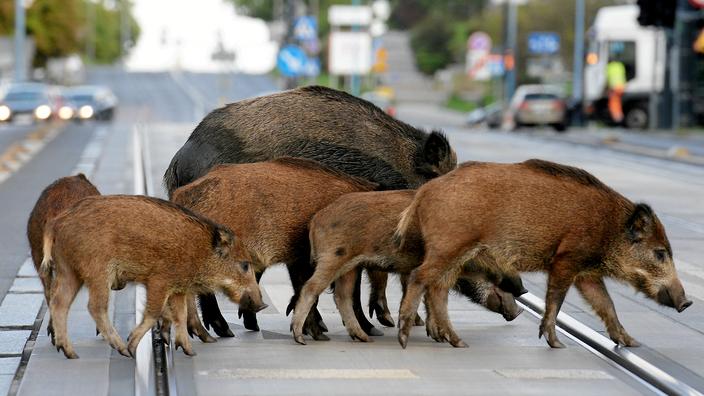 Italy: wild boars steal groceries from a customer in the parking lot of a supermarket 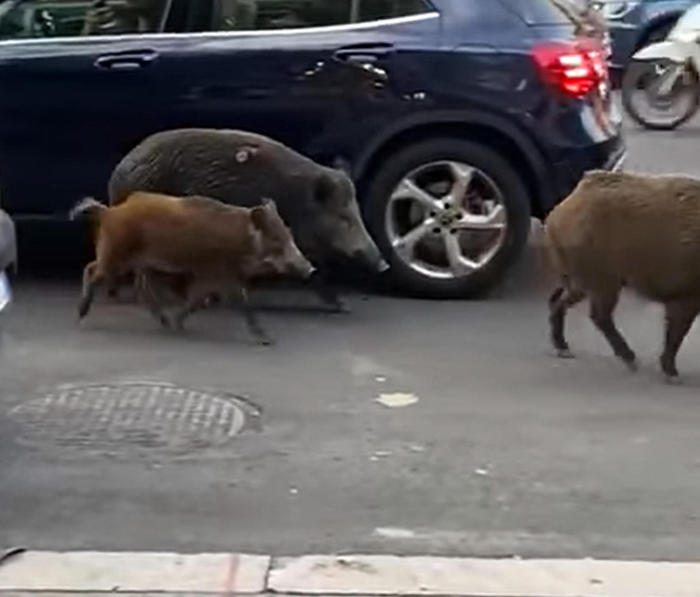 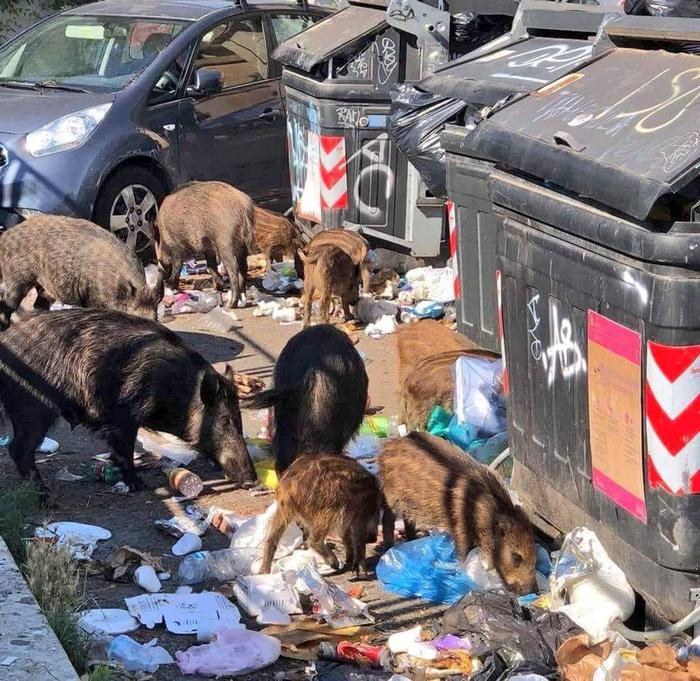 Exposed Raggi against the Lazio Region on wild boar management 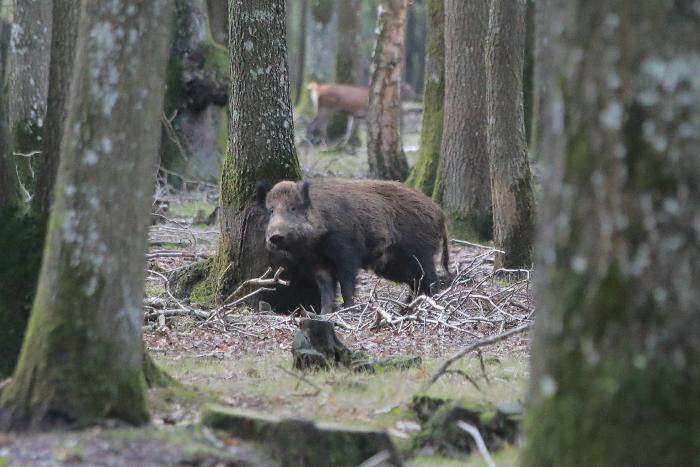 Italy: wild boars "extort" a customer in the parking lot of a supermarket 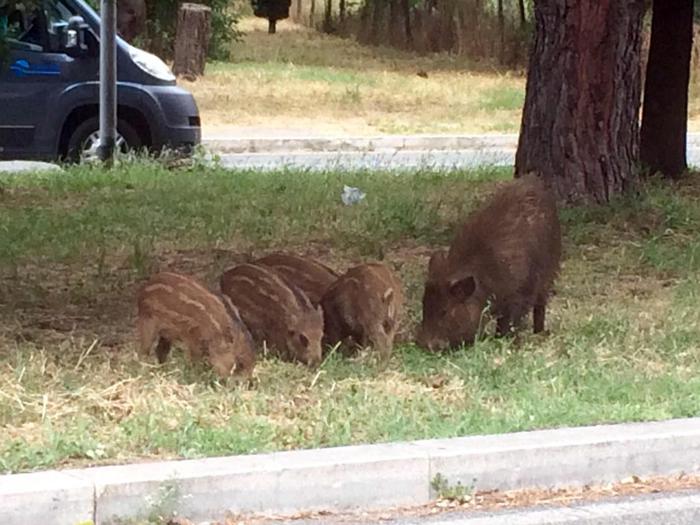 Wild boars in Rome, exposed by the Rays against the Lazio Region